Earlier in the month, I posted about some really good brownies. Last week, I took it into my head to make some blondies. I used the exact same recipe, but using white chocolate instead of plain.

I have started going to a rock and gospel choir called Cake and Wine. So last week I took a batch of brownies, and another of blondies. They went down a storm and got lots of compliments, so I think that experiment worked!

Butter is particularly expensive at the moment. I haven’t tried it, but I’m sure the spreadable butters would work well and shave a little off the cost, or maybe a margarine. I switched to butter more for the texture than the taste. Oil makes brownies just a little bit greasy. You can’t really taste that you’ve used butter in brownies, although the flavour comes through a bit more in these blondies. Margarine would cut the fat element cost in half, reducing the cost of each brownie from 13p to 10p, so worth doing. 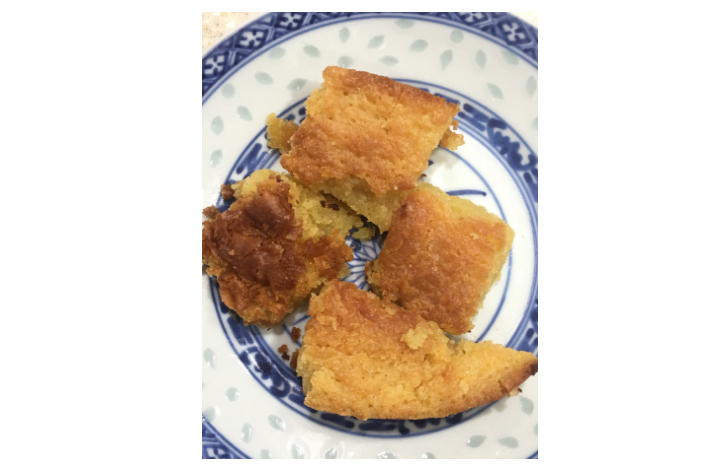 I use a silicone baking pan,

Melt the chocolate in a bowl over some gently simmering water. Add the butter and melt that as well. Set aside to cool

In a separate bowl, mix together the flour, salt and sugar.

Tip your lovely batter (it should look like a thick Yorkshire pudding mix) into your baking pan and bake for 20-25 minutes. Blondies should not be overcooked or you will have chocolate cake rather than blondies. They should be a little springy round the edges like a normal cake, but still gooey in the middle, with no wobble left.

Resist the urge to scoff them straight out of the oven and leave to cool, then cut them into whatever size you like. I usually cut brownies into 16 pieces.

Last week, I took it into my head to make some blondies. I used the exact same recipe, but using white chocolate instead of plain Click To Tweet

I hadn’t made blondies before, so when I decided to have a go, I thought I’d use my very successful brownie recipe and just swap the plain chocolate for white. These came out just as I was hoping, sticky, fudgy and utterly delectable! Wonderful still warm, or gently warmed, with ice cream, a few berries, a dusting of icing sugar, or just on their own. Irresistible! Try home made, or a very good, dark and bitter chocolate ice cream, or a raspberry one. Simply wonderful.

I’ve only made these blondies once, so haven’t tried any variations yet. Similar variations to brownies could be used. Grate some orange zest in or maybe a little orange essence if you have it : stir in a few raspberries and cook them in the batter, these would work particularly well with a blondie, or add a handful of roasted hazelnuts or walnuts: add a few glacé cherries or plump raisins. You could add chopped pieces of dark, milk or white chocolate, maybe melting them separately and swirling through the batter once it’s in the tin for a marbled finish. You could try them with milk chocolate, or of course plain chocolate for a fantastic brownie. 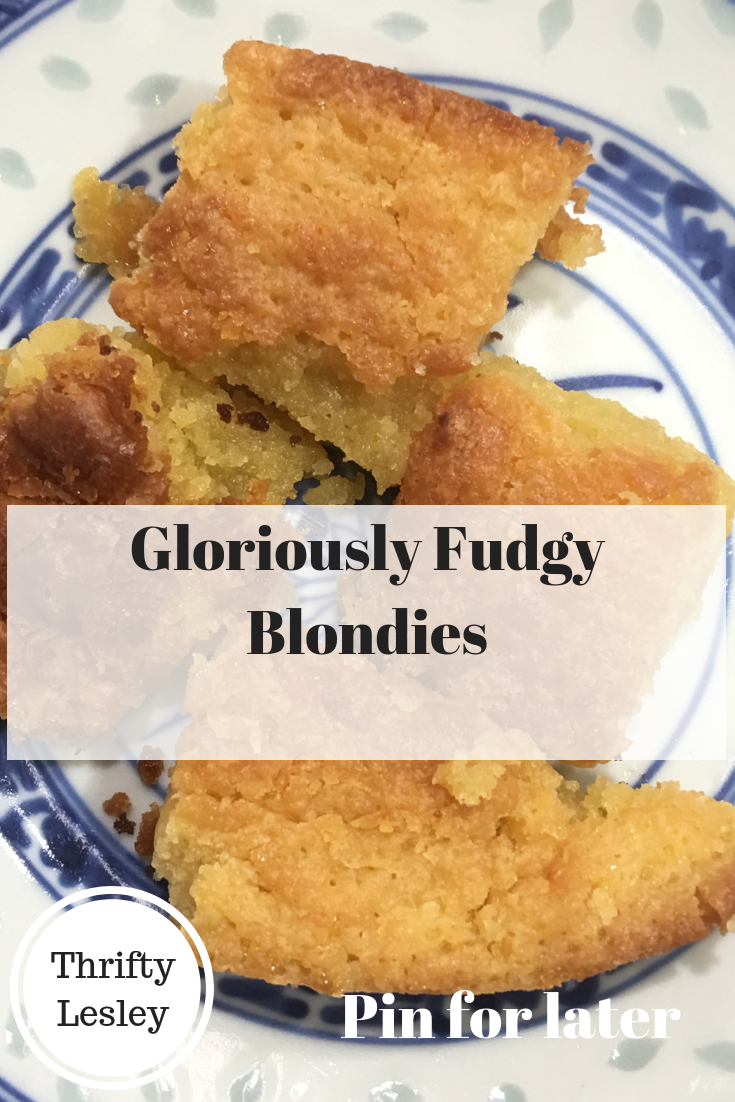