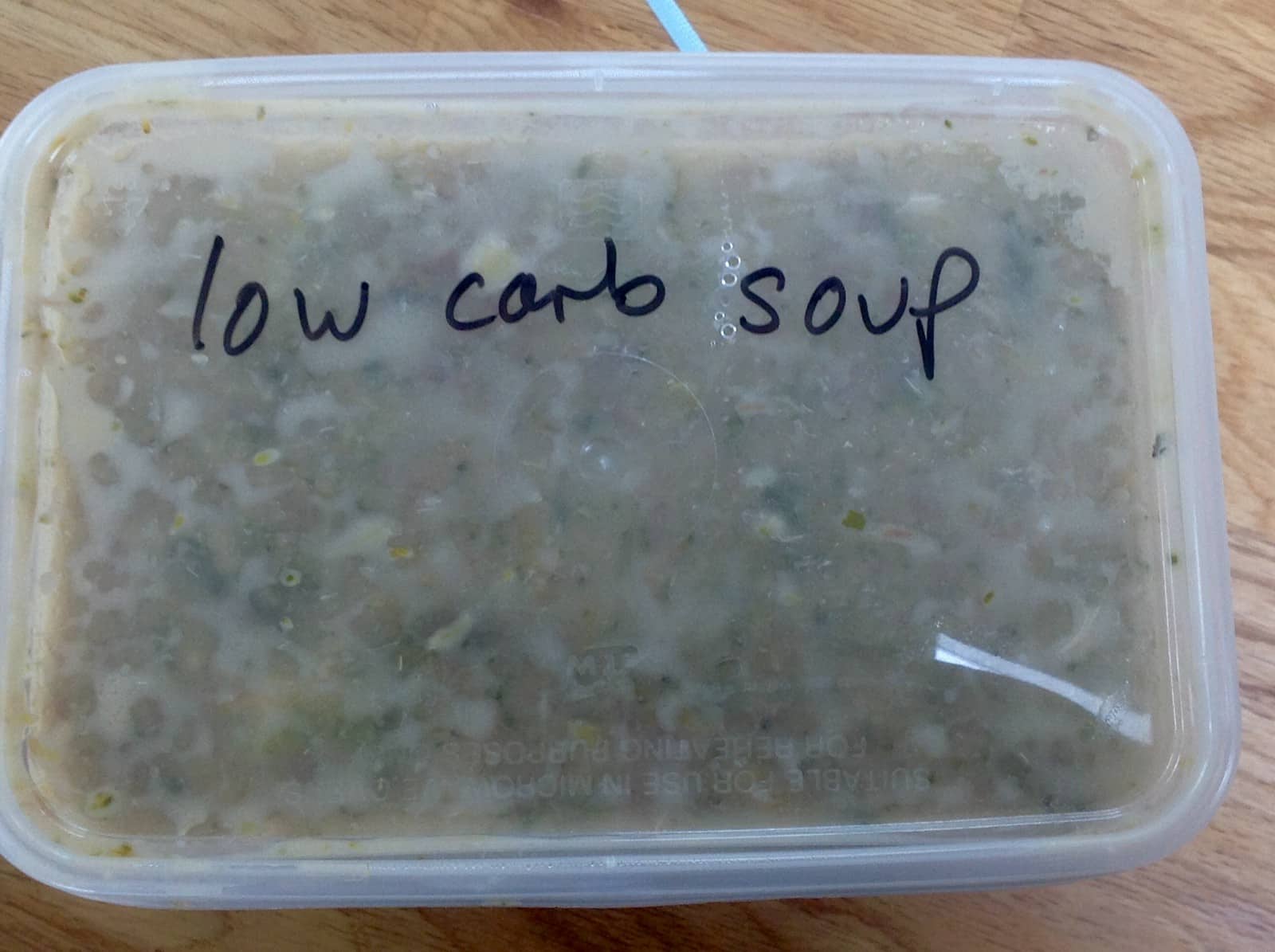 Still on my quest for nice things to eat on this high fat, now even more low carb, diet my coach has put me on, I thought I’d do some soup.

I love soup and have it often. It suddenly occurred to me today that if I didn’t put in my usual scoop of red lentils, and used low carb veg, I could have some.

So I stuck my head in the fridge and had a look to see what was in there. Hmm, more than time for a clean of the veg drawer. After doing that, I had put aside some low carb veg to use.

I had a leek, 200g of yellowing broccoli and associated stem, 70g of green beans getting hard (not sure if these are Paleo), 240g of cauliflower stalk and 200g of white cabbage.

I had made some chicken stock from a carcass that was sitting ready to use. So I used that as the stock, and all the little bits of meat that I stripped off went in too.

I sautéd all the veg in some duck fat, simmered it all in the stock, and added 60g of the coconut milk powder I have so much of – a high fat diet is the ideal time to use it! Then I stuck the stick blender in it and half whizzed it, wanted some texture left in it.

After some seasoning, it tasted blimming lovely. I now have 6 portions of soup, all ready to go, at 250 calories, 13g carbs and 19g fat a pop. Lovely. My usual generic veg and lentil type soup has around 35g carbs a serving, so almost three times as much. 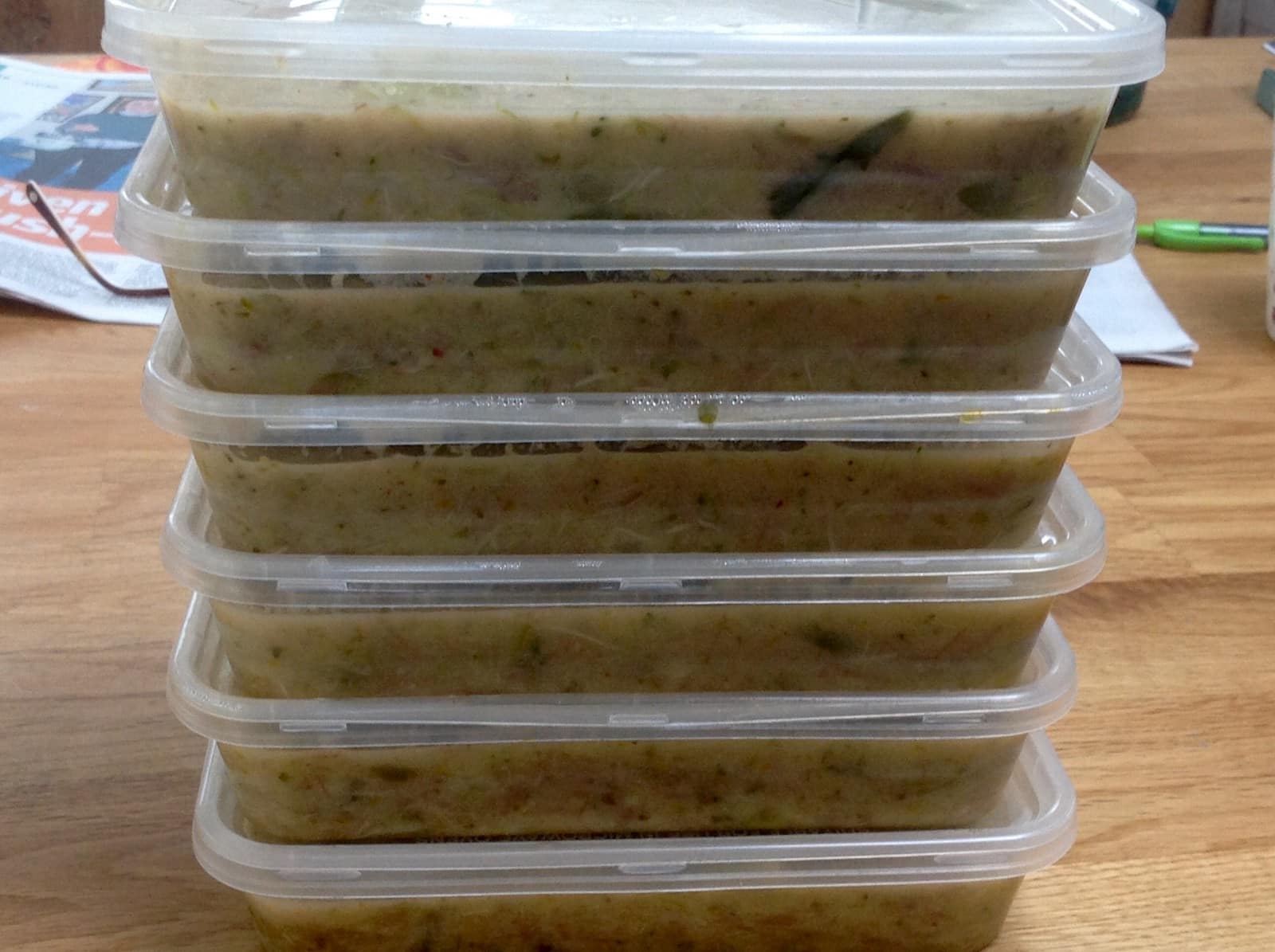 I also tried this today, also Paleo. An avocado smoothie. It’s a very ripe avocado, 100g thick Greek yogurt and 150ml semi skimmed milk, all whizzed together. It’s supposed to be a smoothie, but came out too thick for that, so I put it in a bowl. It’s sort of super smooth, silky I suppose you’d call it and quite tasty, but not something I could eat the whole bowl of in one go. So I’ve been having mouthfuls throughout the day, every now and then. I think I might squeeze in a little lemon juice, or maybe some zest and see if that cuts through the richness a bit. Because it’s thick, it’s very filling. 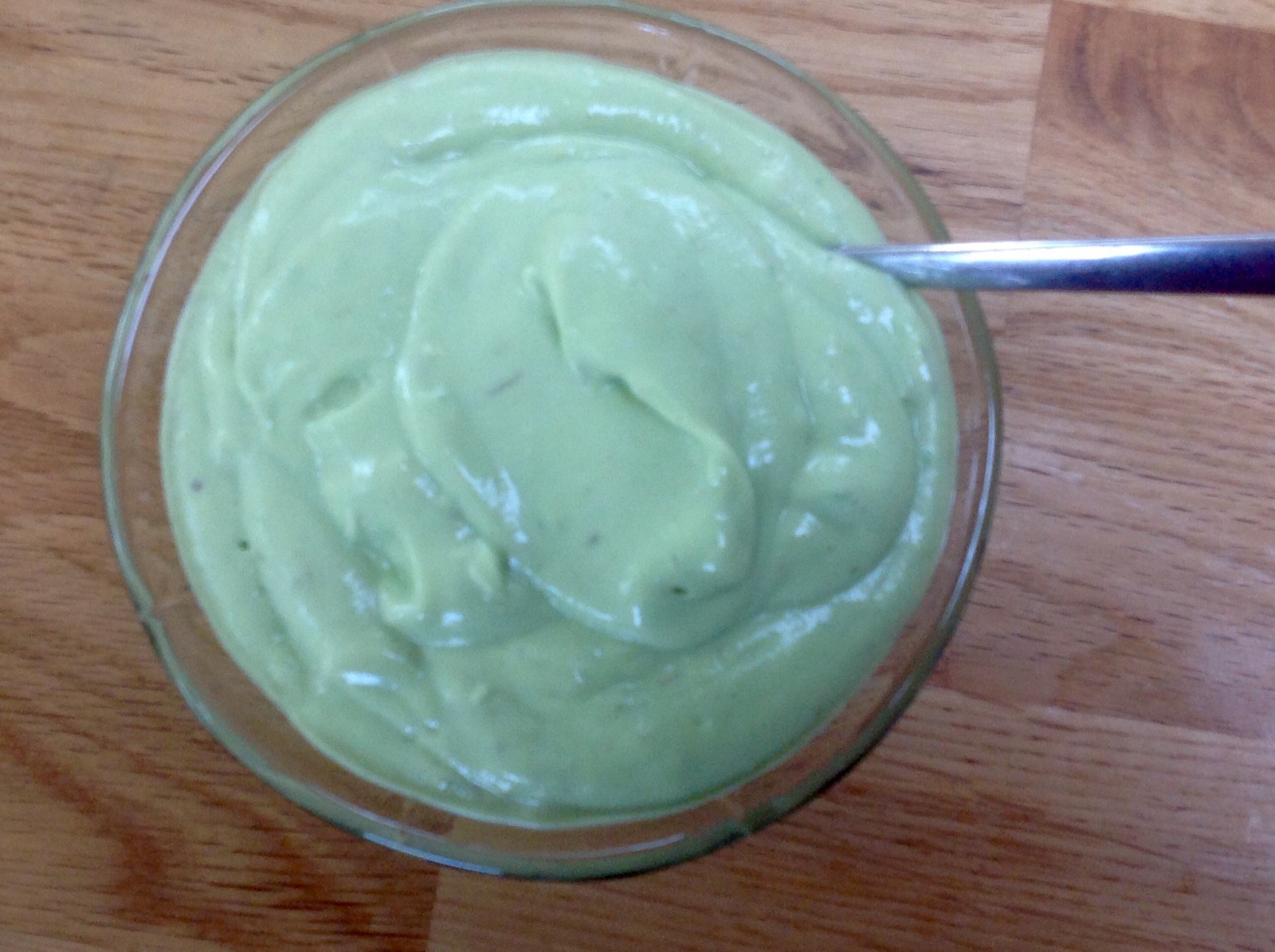 This would easily serve two, even tho I’m having all of it as part of my daily allowance. The yogurt and milk are alright cost wise, but you’d need to get the avocados cheap to make it fit in the budget here. Although I suppose if it served 2 or 3 as lunch with some crispy toast, it would cost up well.

While I’m sitting here talking to you, there are a couple of plum and apple crumbles in the oven. I read somewhere recently about using breadcrumbs instead of the flour in a crumble topping. Was it on Jack’s blog in the leftovers post? As I have several little bags of breadcrumbs in the freezer, and lots of plums, I thought I’d try it out and see what it’s like. I shall, literally, only have a mouthful later on, just to test it.

There are two of them as Mike is working with our son in law today, and he is a great pudding fiend. So I’ll give one to him to take home and try. I won’t be offended if neither of them like it, some experiments are successful, others aren’t.

I added some apple from the fruit bowl that needed using, so they’re plum and apple.

Oh no! Mike has just come in and son in law has already gone home. Poop! They are working together again tomorrow, so it’ll have to wait until then now.

Well the crumble has been tried, and I have had my mouthful, and I am delighted to report the topping is crispy and light and completely delicious. So a success – hooray and another good way of using breadcrumbs. 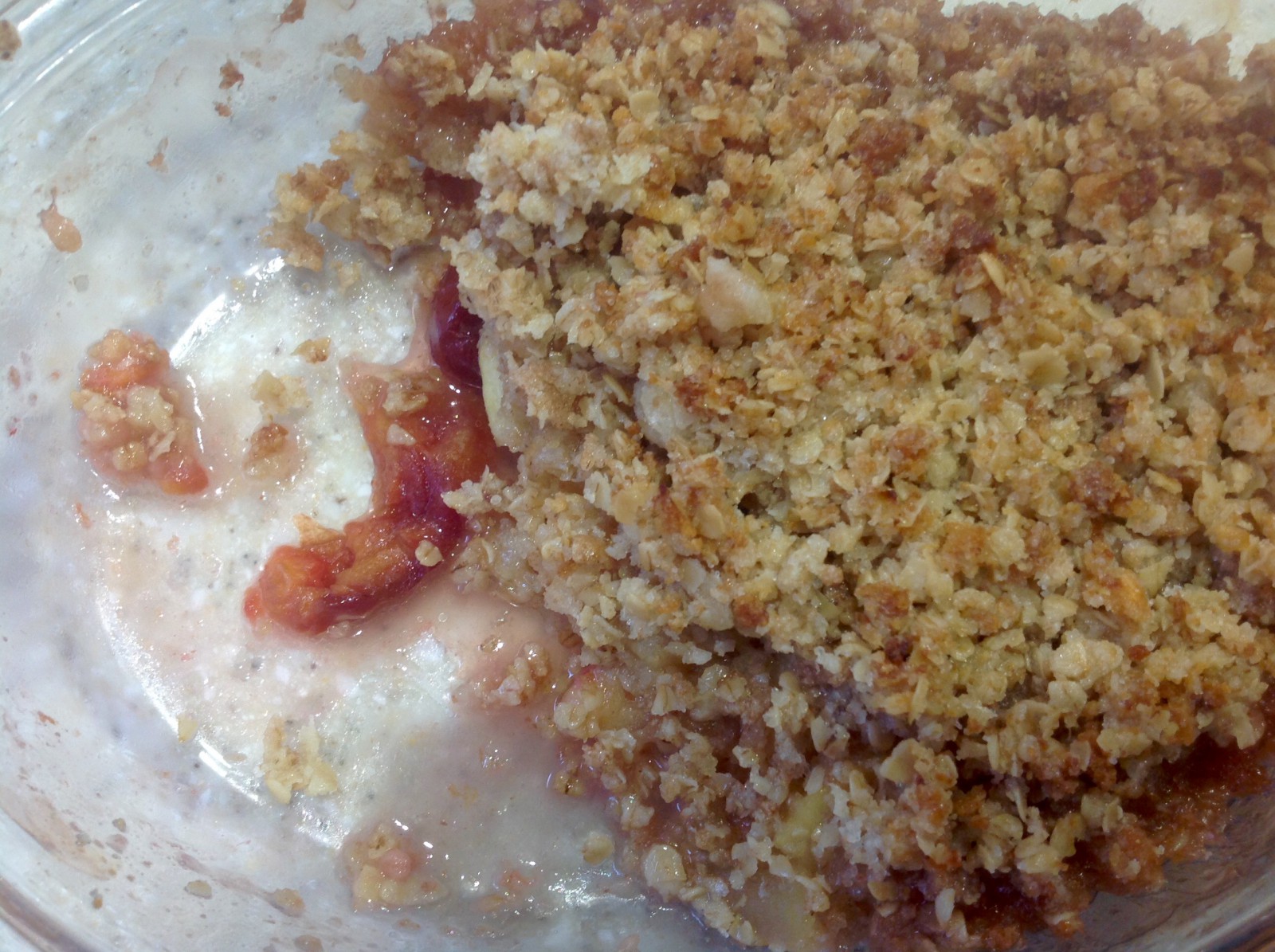 no gym today, and not going out anywhere either, having a rest! 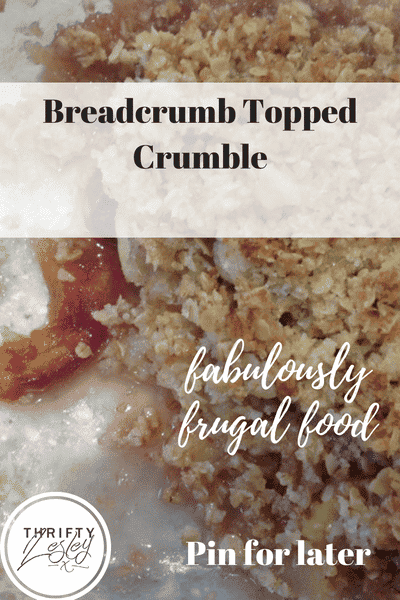