The first, or is it the thirty ninth anniversary?

The first, or is it the thirty ninth anniversary? 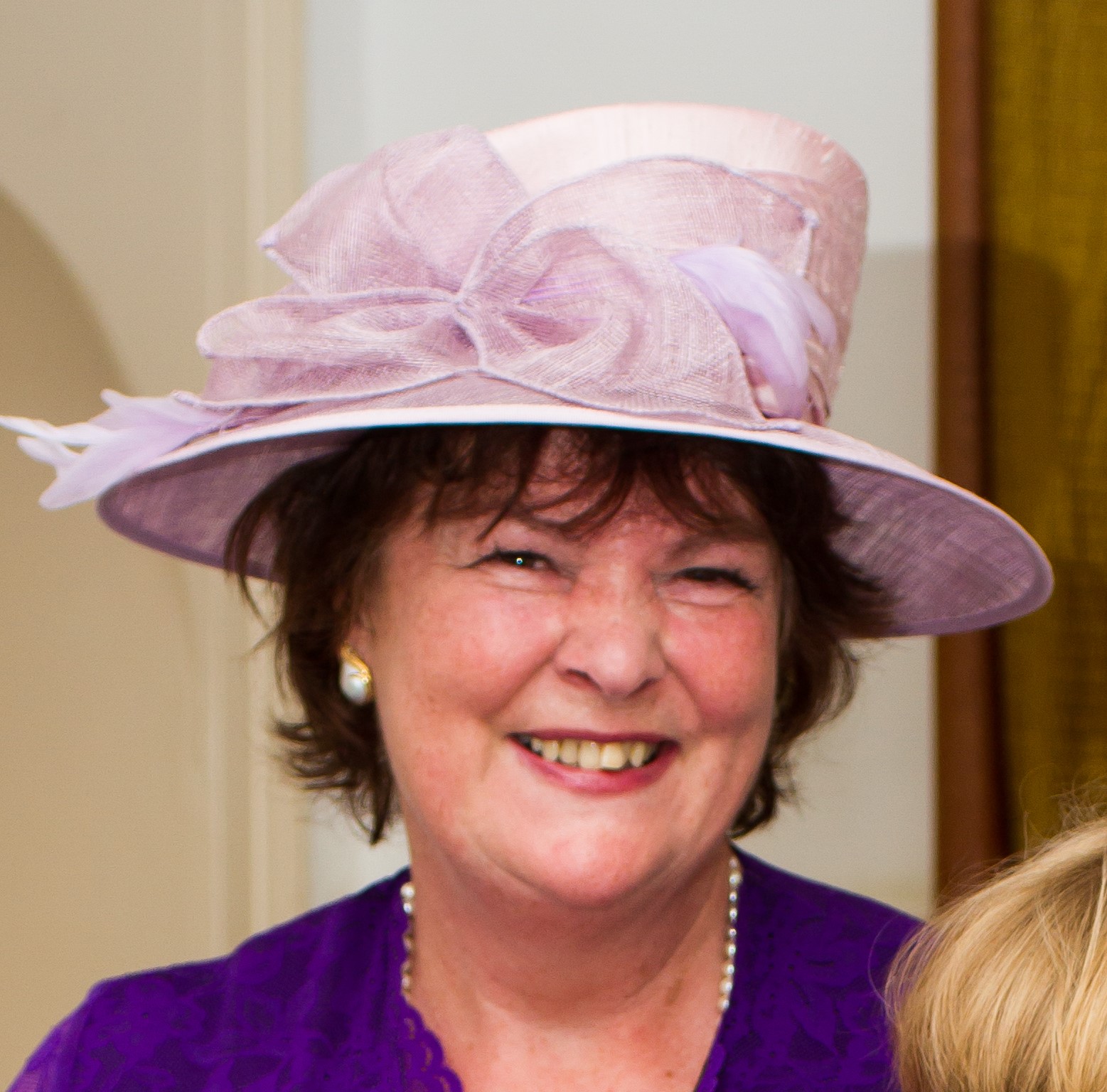 On this day, last year, Mike and I got married after 38 years together. So today is our first anniversary – everybody go aaah

And it also means that next year it will be 40 years together. We need to organise something special to celebrate that! 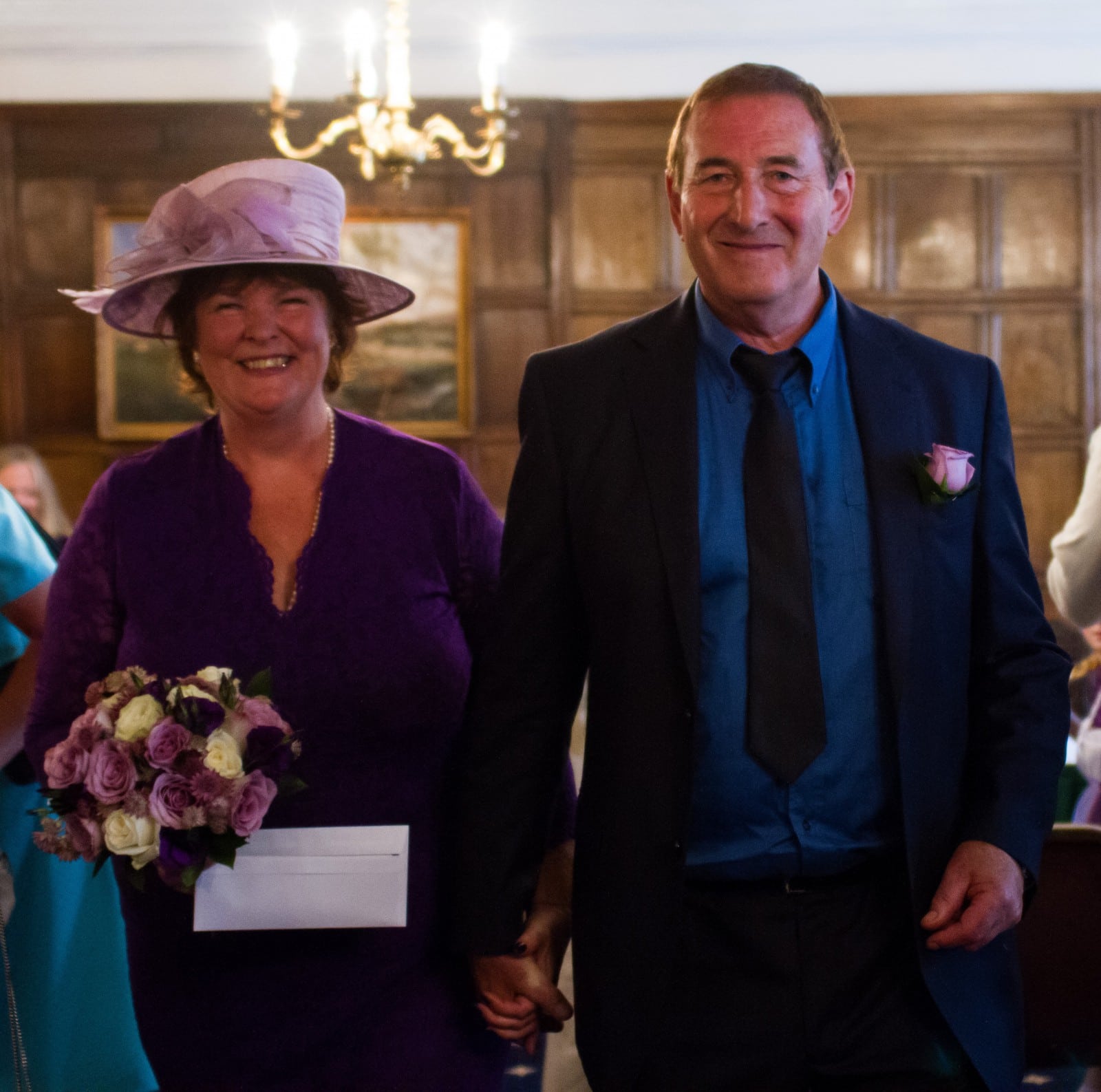 Mike went to Tunbridge Wells earlier and spent some of our Marks and Spencer vouchers on a yummy dinner. This was partly so I didn’t have to cook, and partly because the architect came round at 4:30 to measure up for the plans for the loft conversion. We didn’t know how long he was going to be, so didn’t want to book anything, just in case.

I have just slipped into my wedding dress as I thought it would be romantic. I think I might make it a tradition!

In a bit, we will be having steak and chips with runner beans and broad beans from the garden, followed by a fruit cheesecake. Mike will have a glass or two of wine and I shall toast us with a glass of something sparkling but water based.

Yesterday, I was bemoaning the fact that yet again I hadn’t slept well. It used to be if I didn’t make any effort to excercise, I would take about 2-3000 steps, and probably not sleep well.  I now get the same effect from 5-6000 steps. Does that mean I’m a gym bunny?

Anyway, Mike said, right, come on you, I’m taking you walkies. We parked up in Seaford and walked all the way through to what was The Galleon, and what is now the Cuckmere, 9,000 steps. 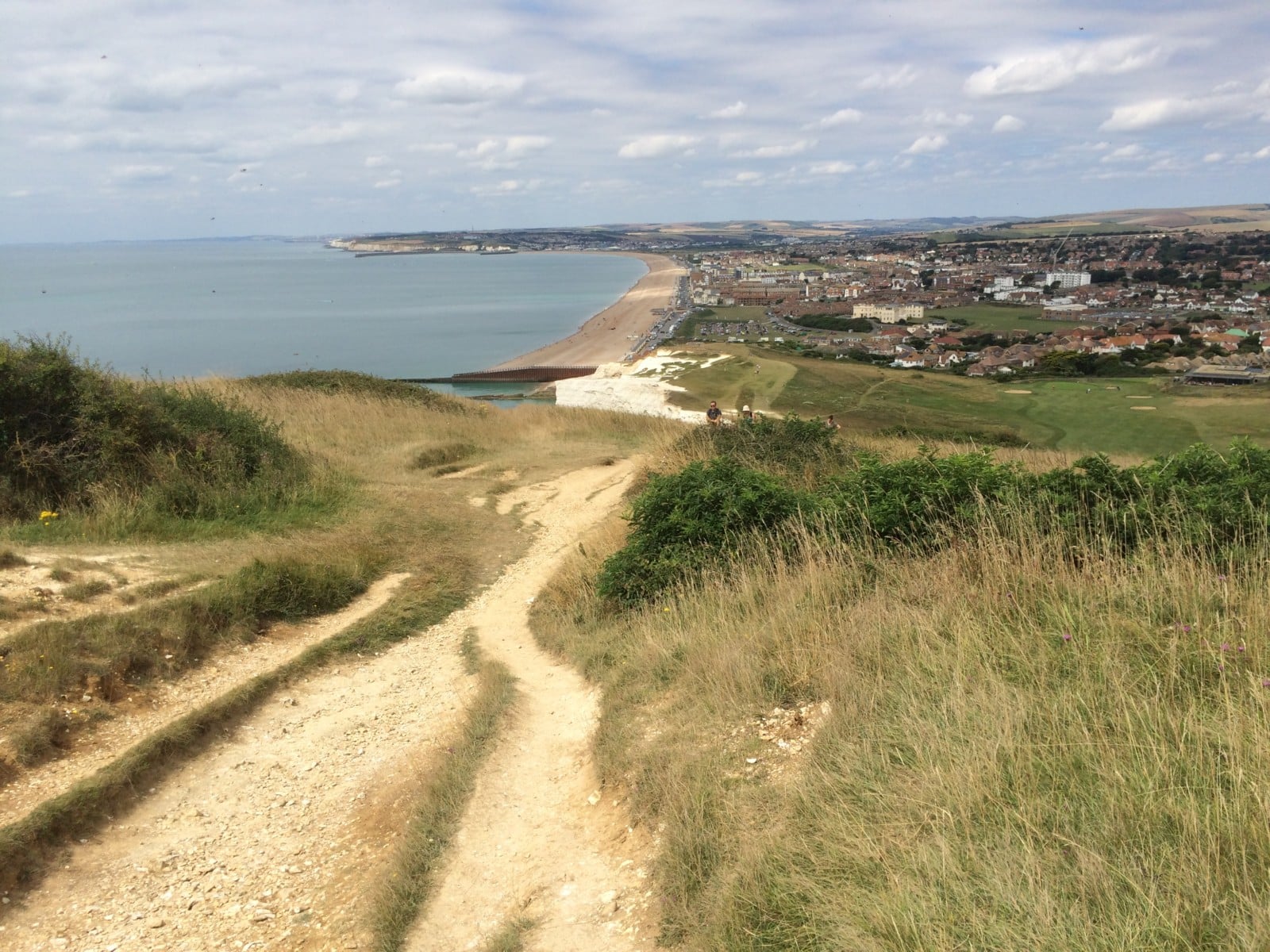 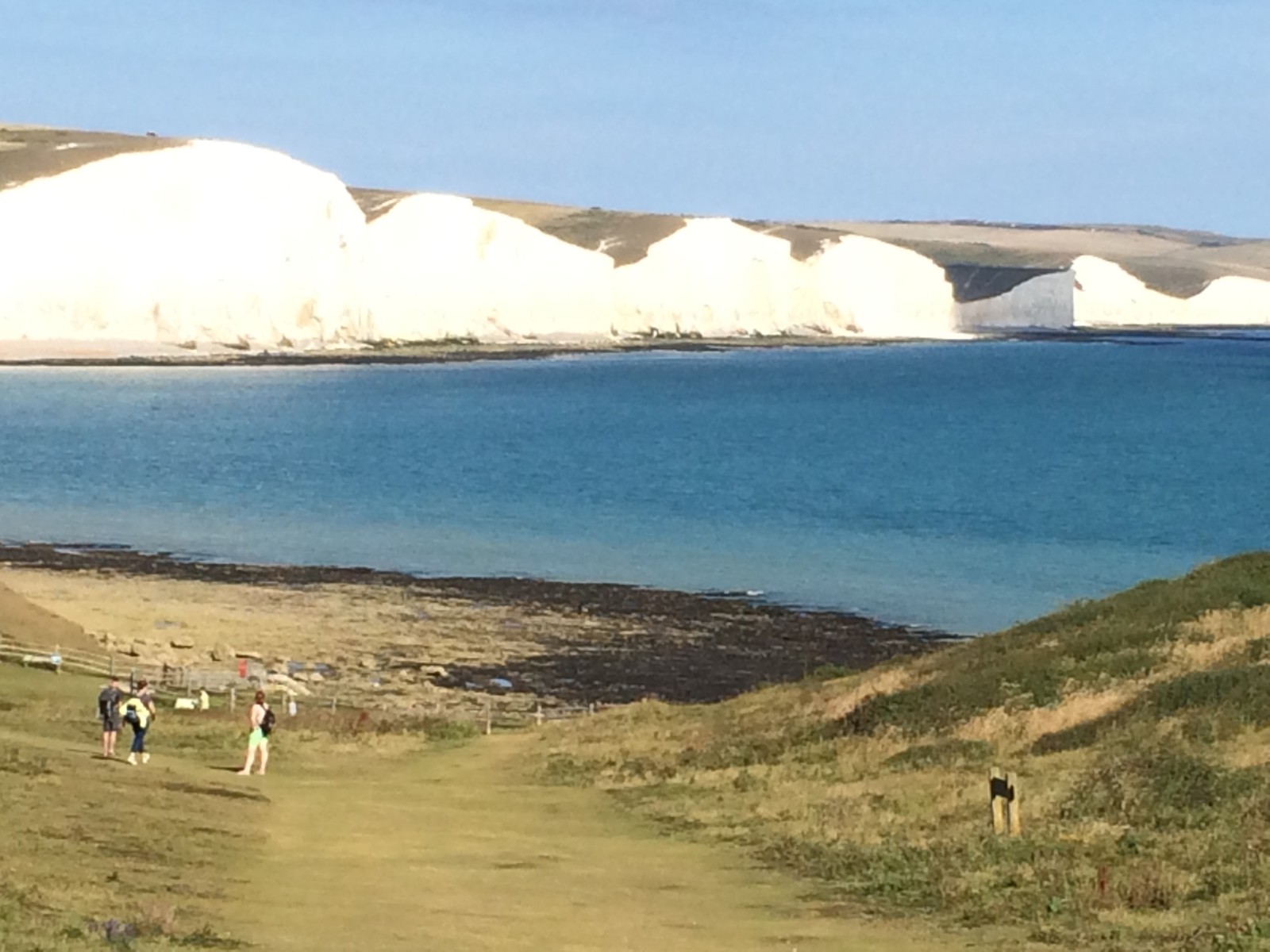 Admiring the flowers along the way 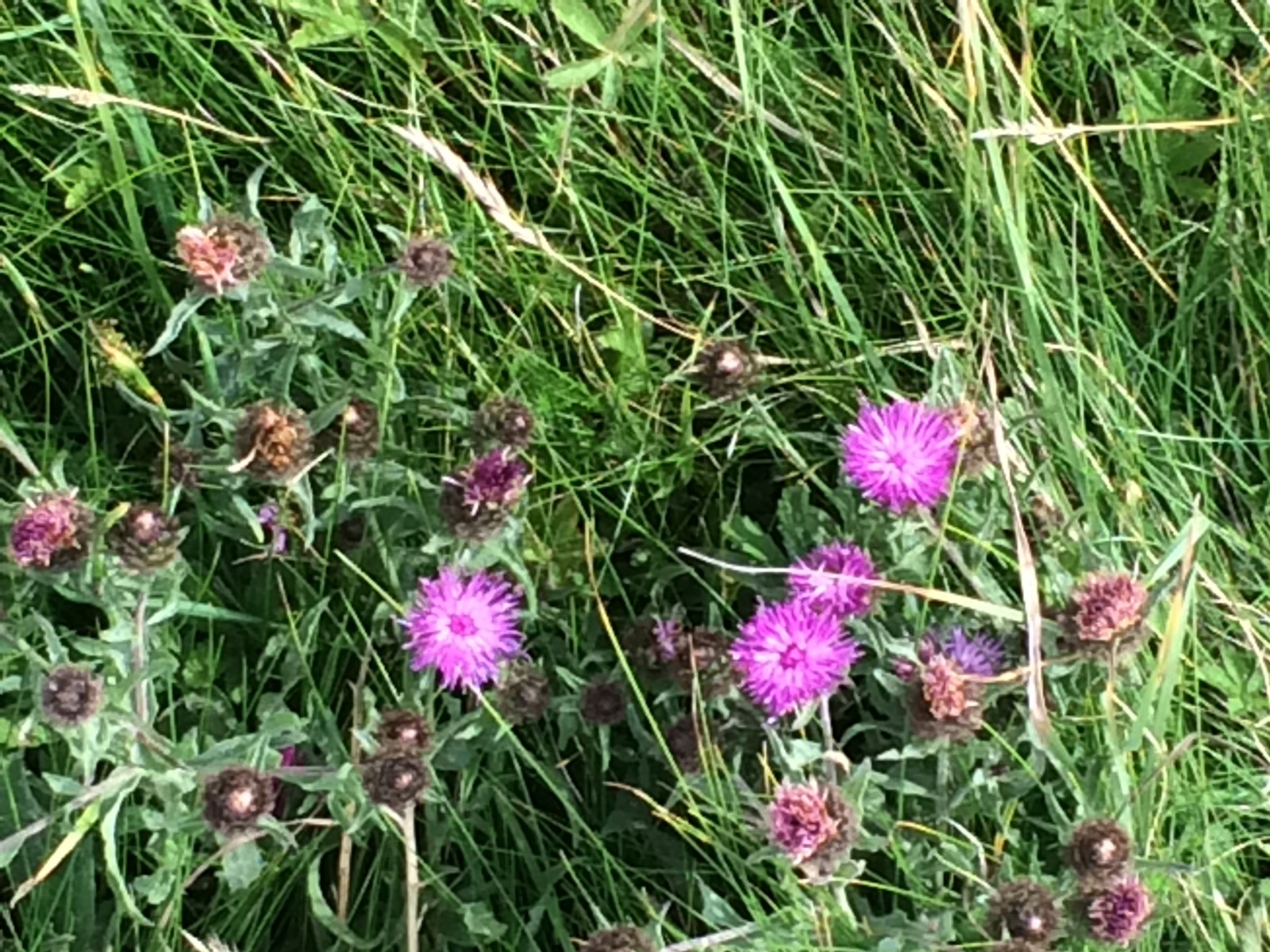 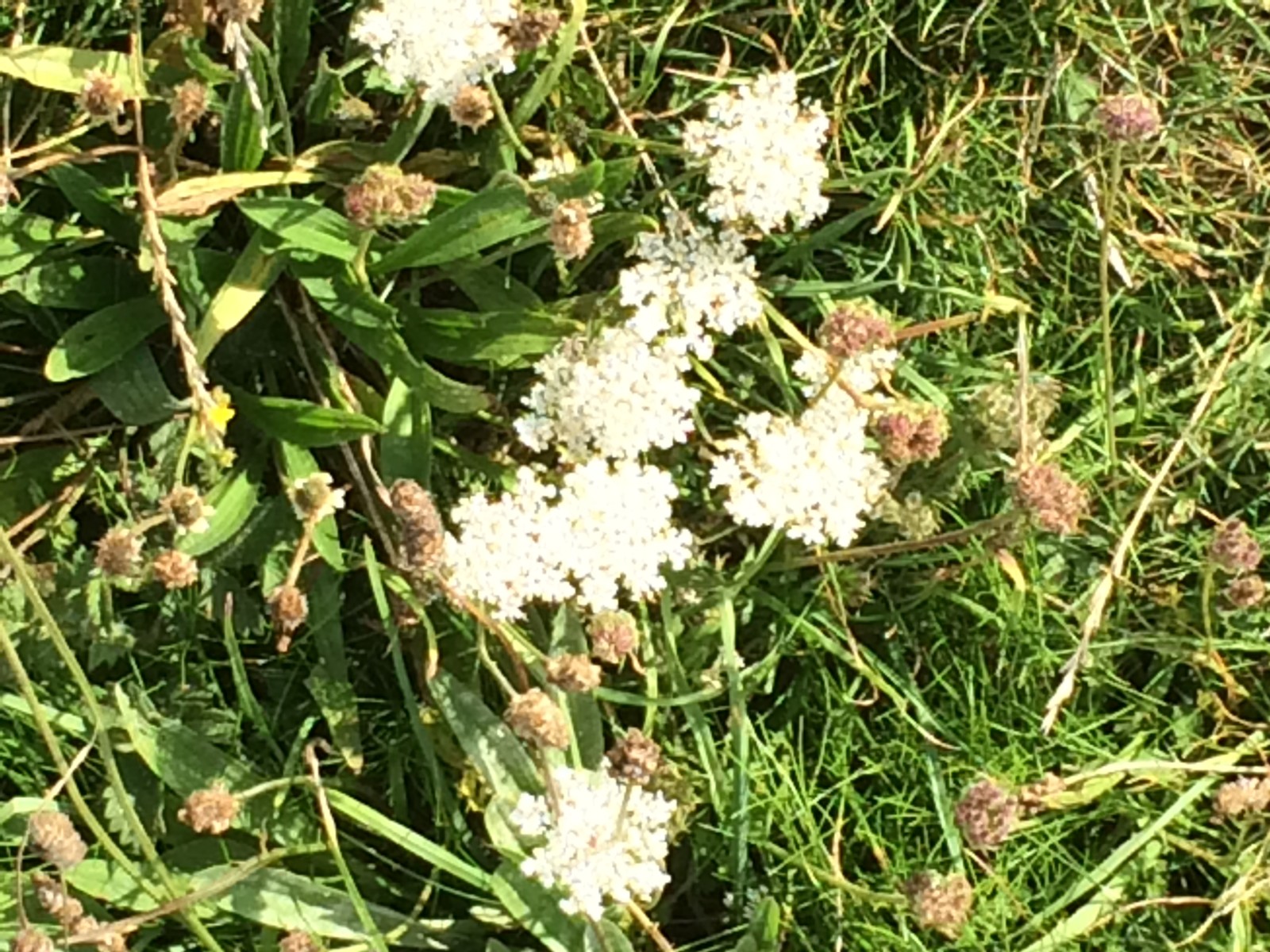 Along the way, there were lots of signs like this as the cliff is especially crumbly in that area. 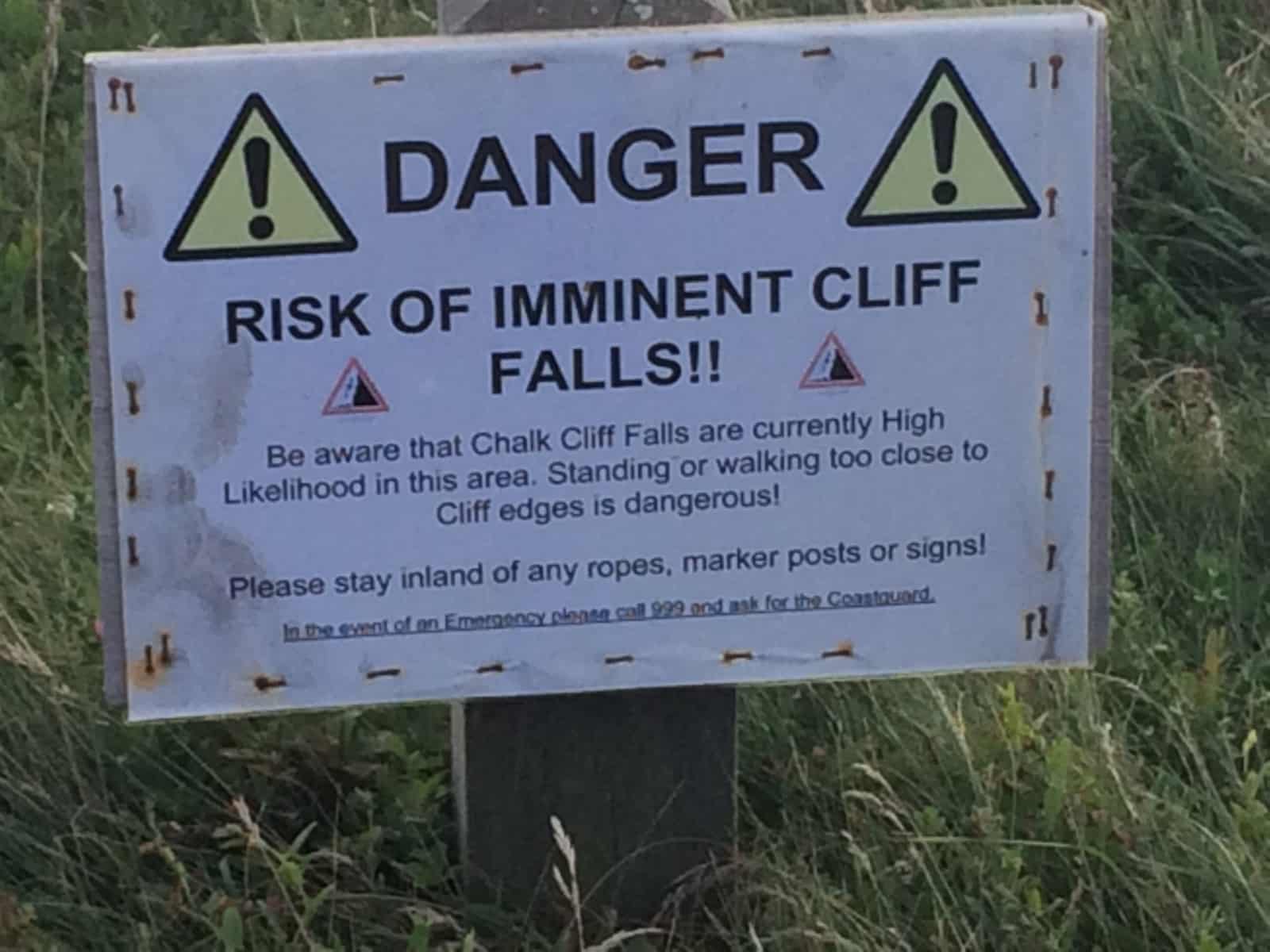 Did it keep people away from the cliff edge? Did it heck. At least two dozen on our walk could be spotted right on the edge. Legs dangling over, buggy  pushed up to the edge so the baby could enjoy the view. A couple of men actually vaulted over this sign, and climbed over a wire fence so they could get to the edge! I suppose the risk isn’t that great, the chances are pretty small, but I wish they wouldn’t.

When we got to the pub, we waited AGES for lunch, and when it finally arrived, bits were missing, but it was 3pm by then and we were starving. Even so, Mike complained, especially as nearby tables were served before us. The server said the slow roast beef I had took a long time to cook. I don’t think they cook that to order!  Anyway, a boss came over and offered a free pudding, so we had that as well. And then walked all the way back, another 9,000 steps! Blimey, we did well that day, my knees knew all about it. I couldn’t keep awake when we got back, especially after very little sleep the night before, so I sort of passed out for an hour, and went to bed at 10 for 11 as usual. Woke up at 3am, but stuck with it until 6am,  and eventually slept again for a few hours.

The sea was mill pond smooth all day. This picture was taken at 5pm. 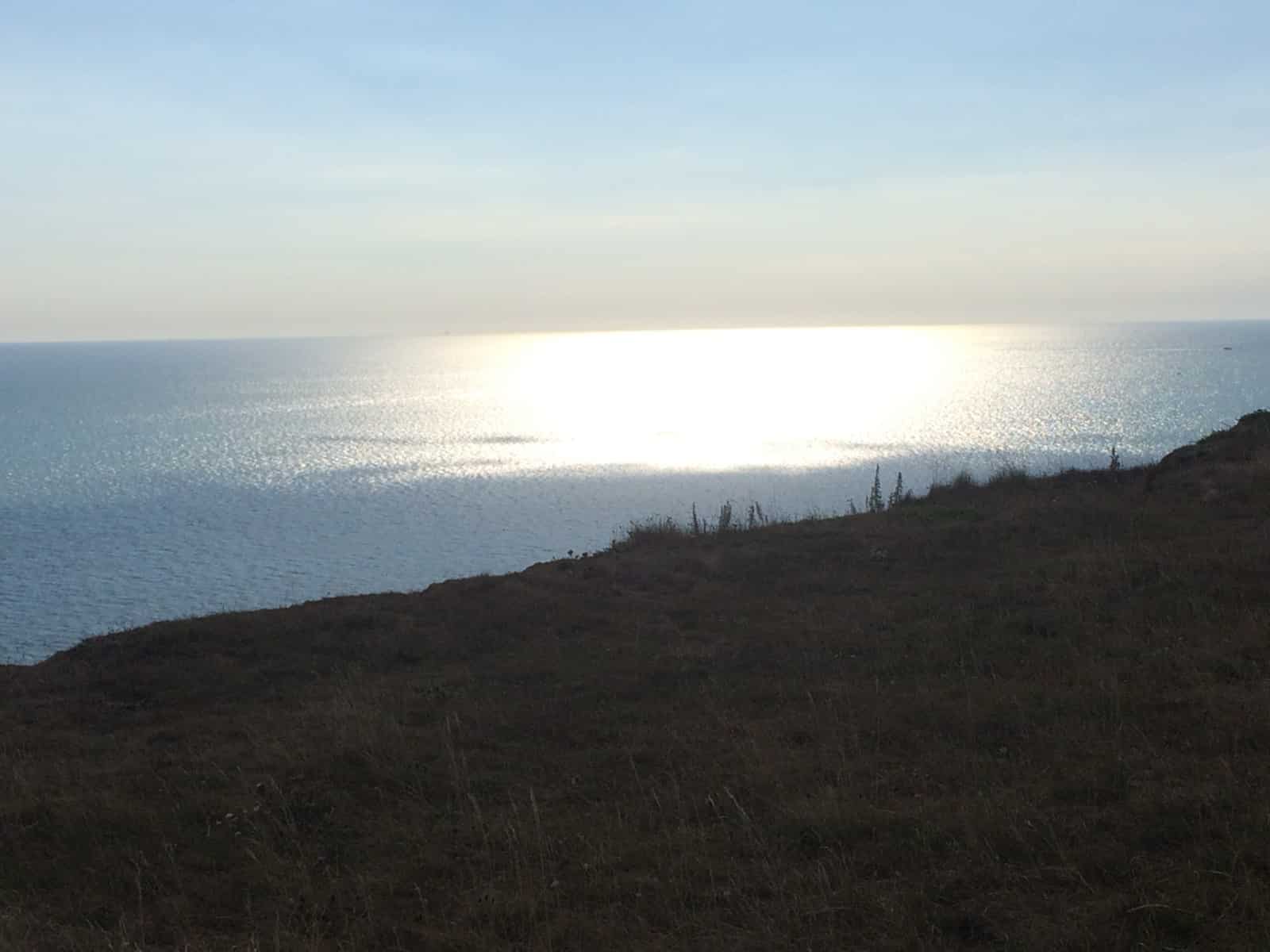 We are really enjoying this lovely summer weather we are having and being semi retired/ self employed, we can get out on any day and have been on long walks a lot this month.