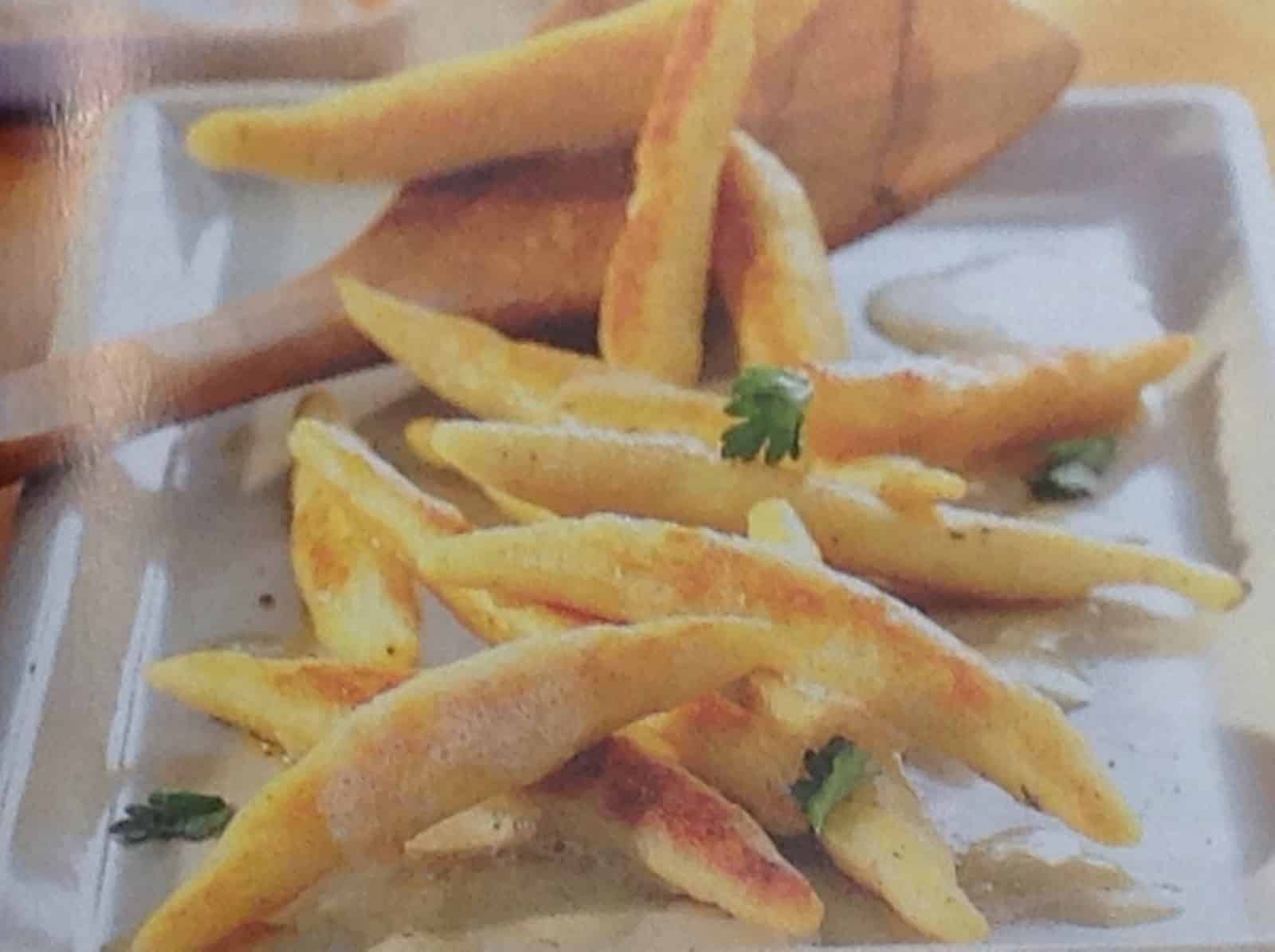 Yesterday, I was reading a German cook book and came across these unusual looking things.

They are made using gnochhi dough, but fried in butter at the end. They would make wonderfully delicious little morsels. 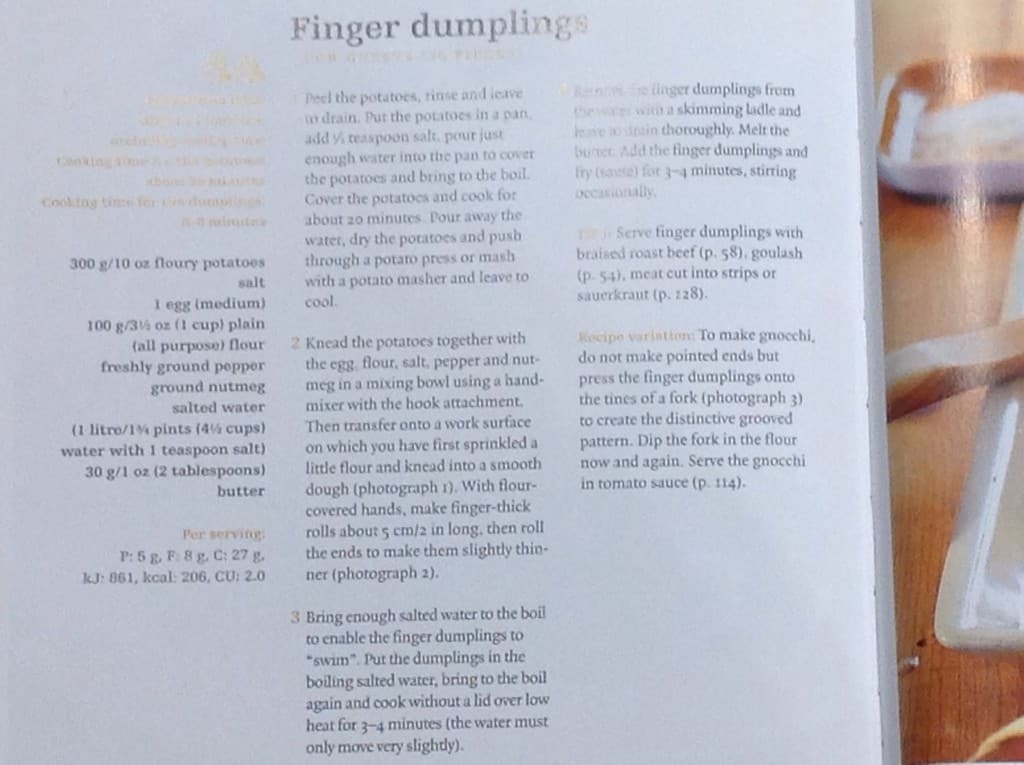 Here is a gnocchi recipe using fresh potatoes, and another using dried mash which is amazingly good and very cheap.

Make the gnocchi dough as per the recipe. Put some flour on your hands and a little on the counter, then pinch off a little dough. Roll it out to a sausage shape, then roll the ends a bit more to make them thinner like in the picture.

Now bring a big saucepan of water to the boil, add a little salt. Drop in the dumplings a few at a time and when they rise to the surface, they’re done. It will only be a few seconds, so don’t leave them. Drain them well, and cook all the remaining dumplings.

The finger dumplings can now be kept until you are ready to eat them.

When you are ready, melt a couple of tablespoons of butter in a frying pan and sauté the dumplings for a few minutes until they have a good colour and a bit of crispiness. Eat immediately.

These would be simply delicious as the main element of a meal or as an accompaniment. You could flavour the butter with a little garlic and/or a few sage leaves or rosemary sprigs, or flavour the dumplings themselves with tomato purée or tinned/frozen spinach.

If you have the funds, they would be great as a side dish with any meat course, or you could serve them with some fresh tomatoes and sauted mushrooms, a plain or filled omelette, a tomato or meat ragu, some tuna, anything you like really. You could push a tiny knob of cheese inside and mould the finger around it.

You could use them as a snack, or as a pudding. Serve them with a fruit compote, dust with icing sugar. Flavour them with cocoa, or coconut, dip them into cranberry curd! Yum yum. 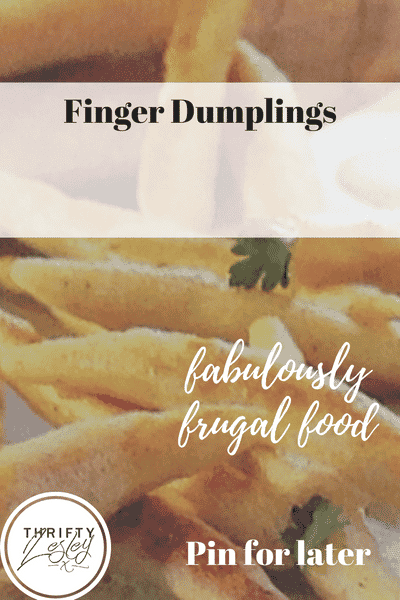