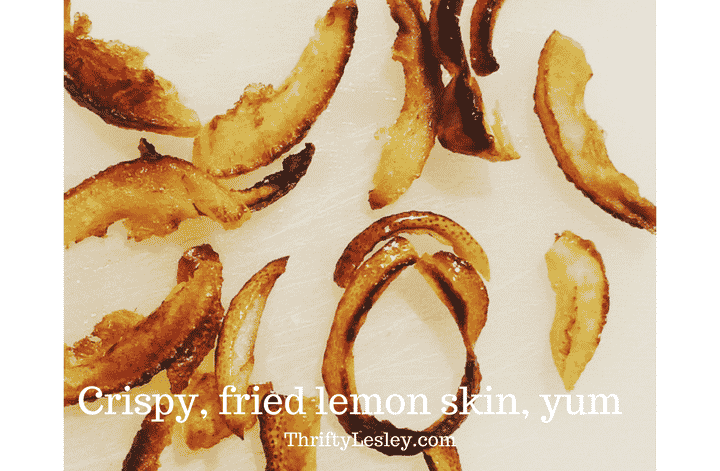 I read recently about crisping up lemon skins by frying them. I can’t remember now where it was. I’ve just googled and there are a few places that talk about it, but can’t find the one where I saw it.

Anyway, I thought it sounded interesting and decided to give it a go.

This was a rather shrivelled quarter left after I’d used the other half of it in a glass of water and left this on the side overnight. 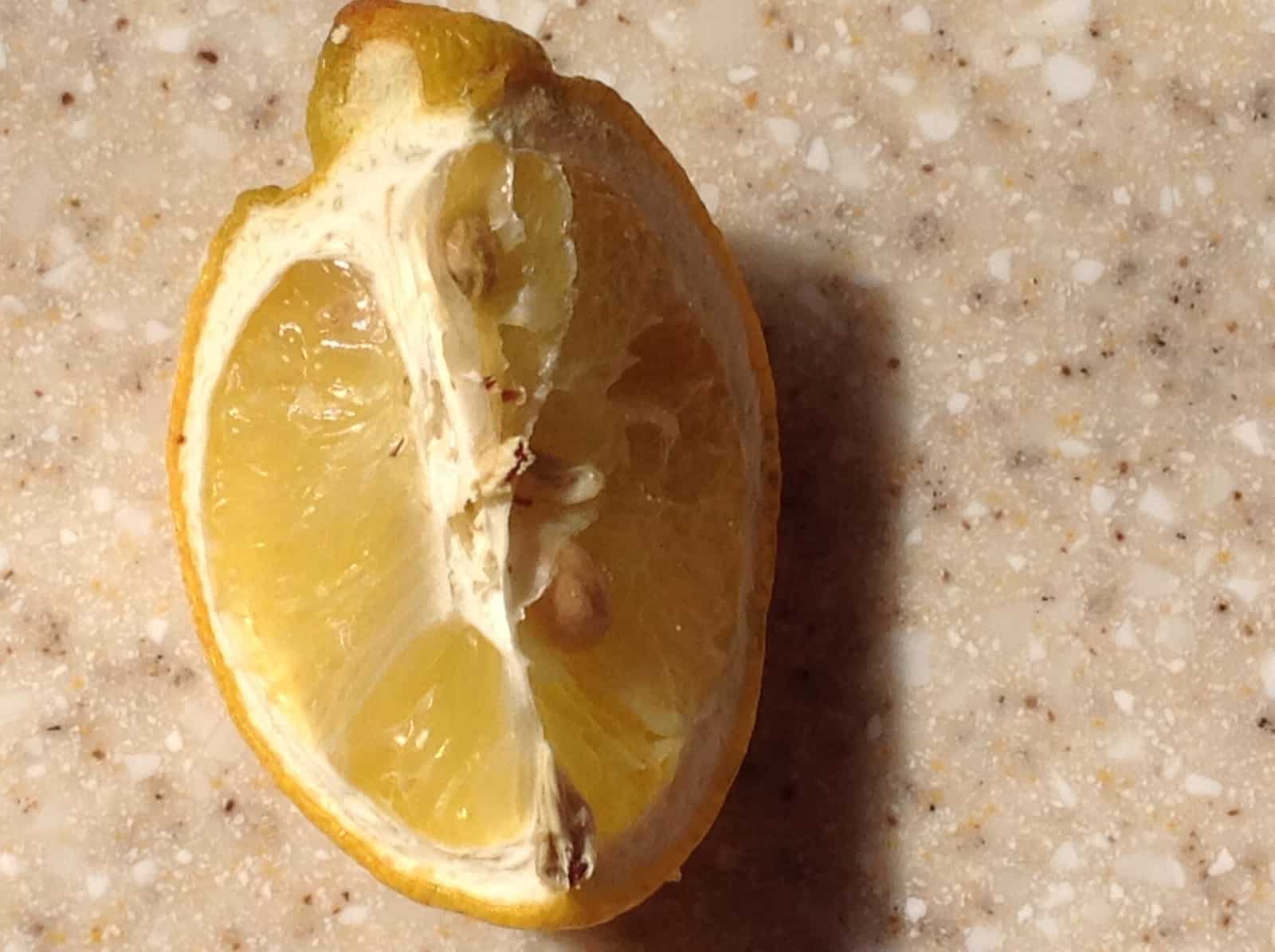 I cut the skin off 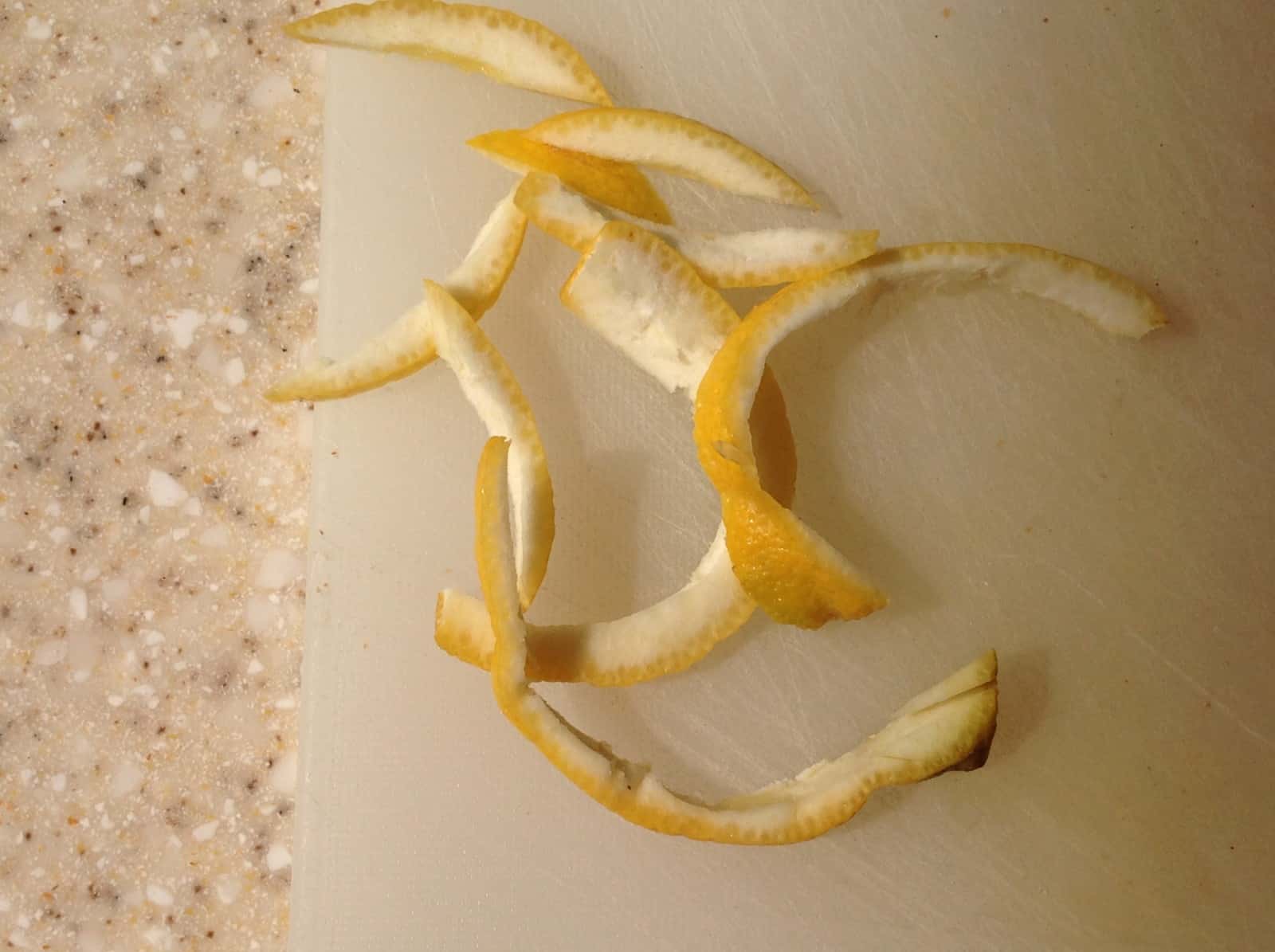 And this is the quarter that had been soaking in my glass half the day, a bit bloated and soft. 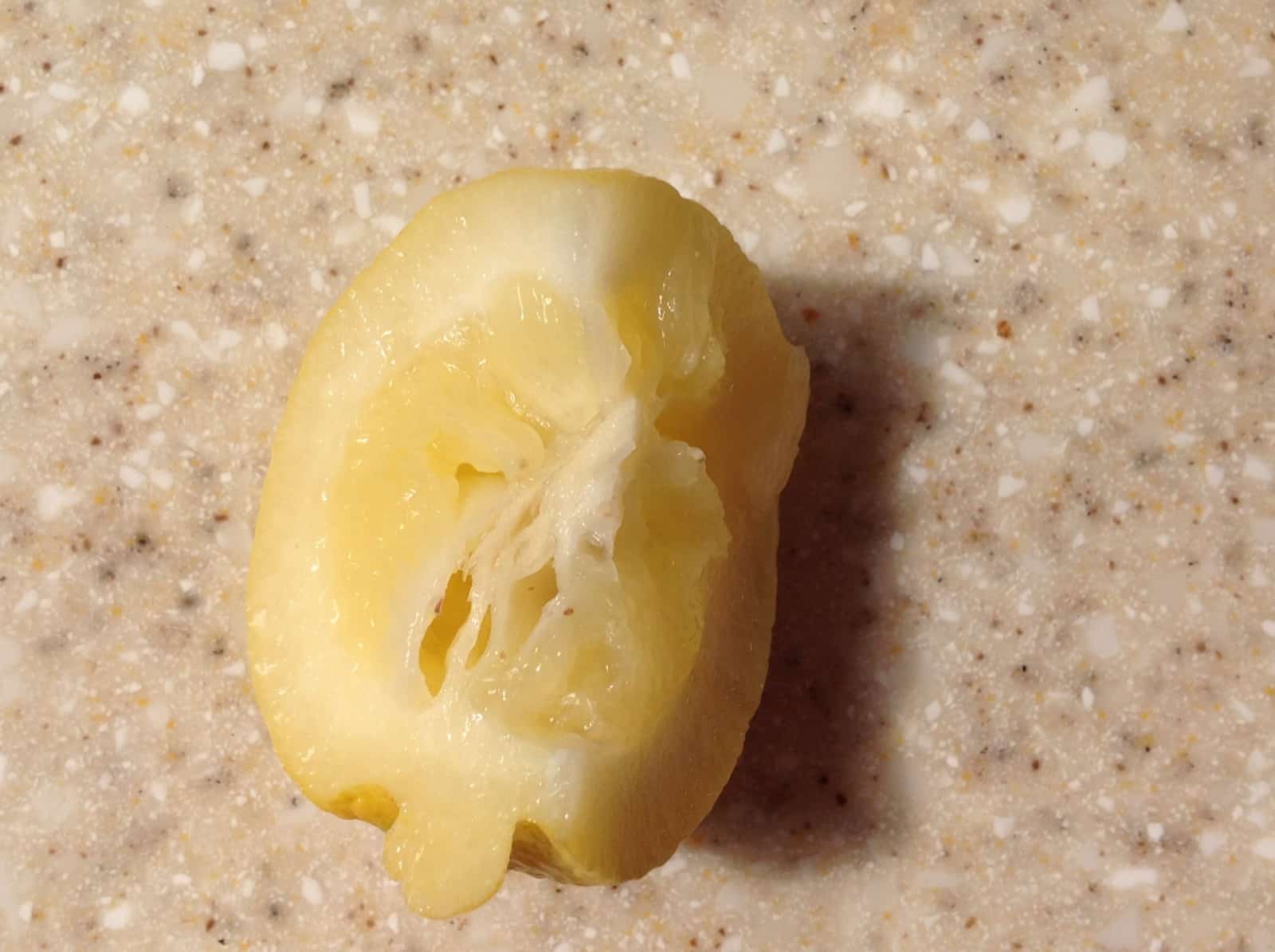 The rind looked fine tho 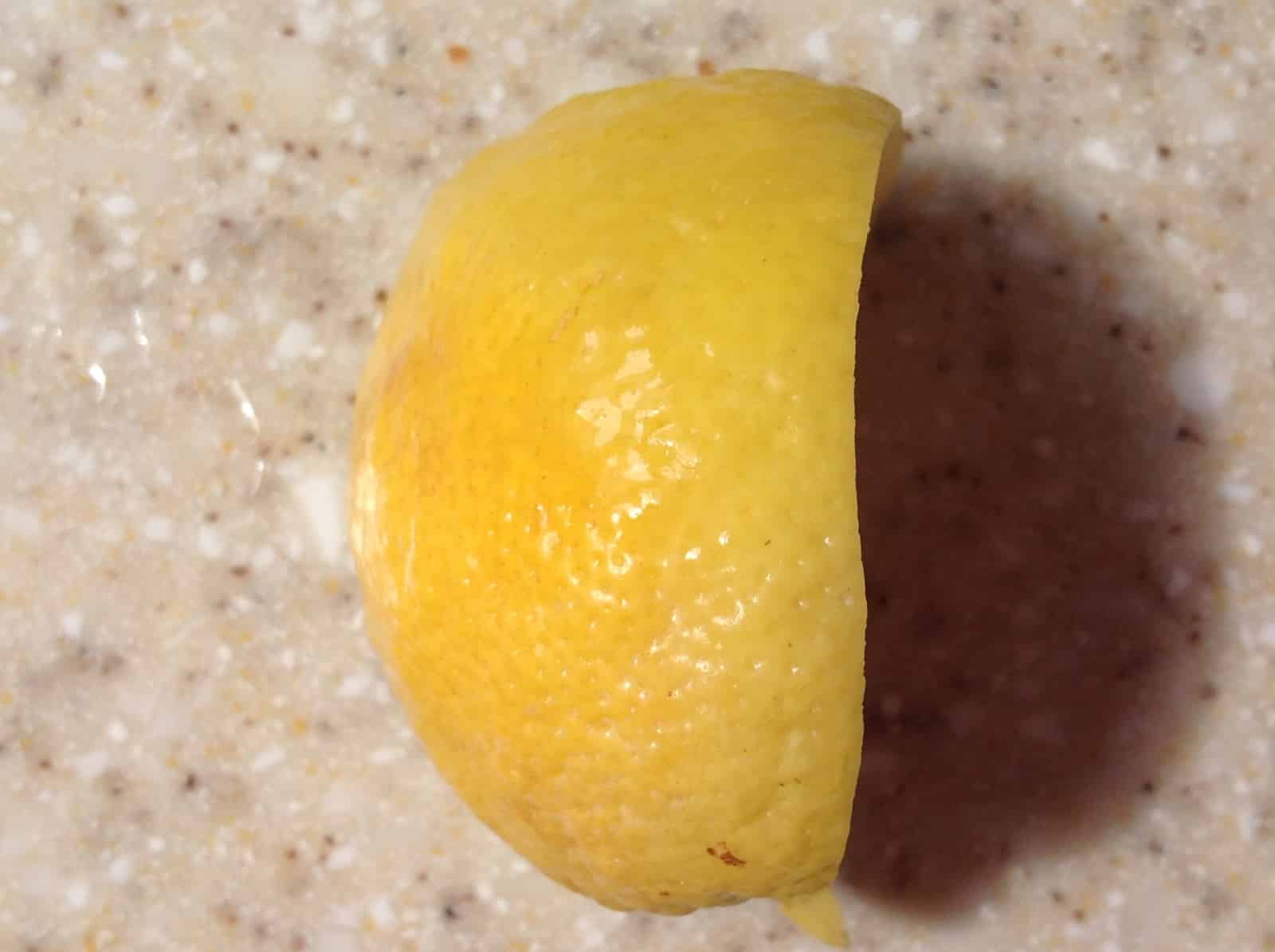 So cut that up too 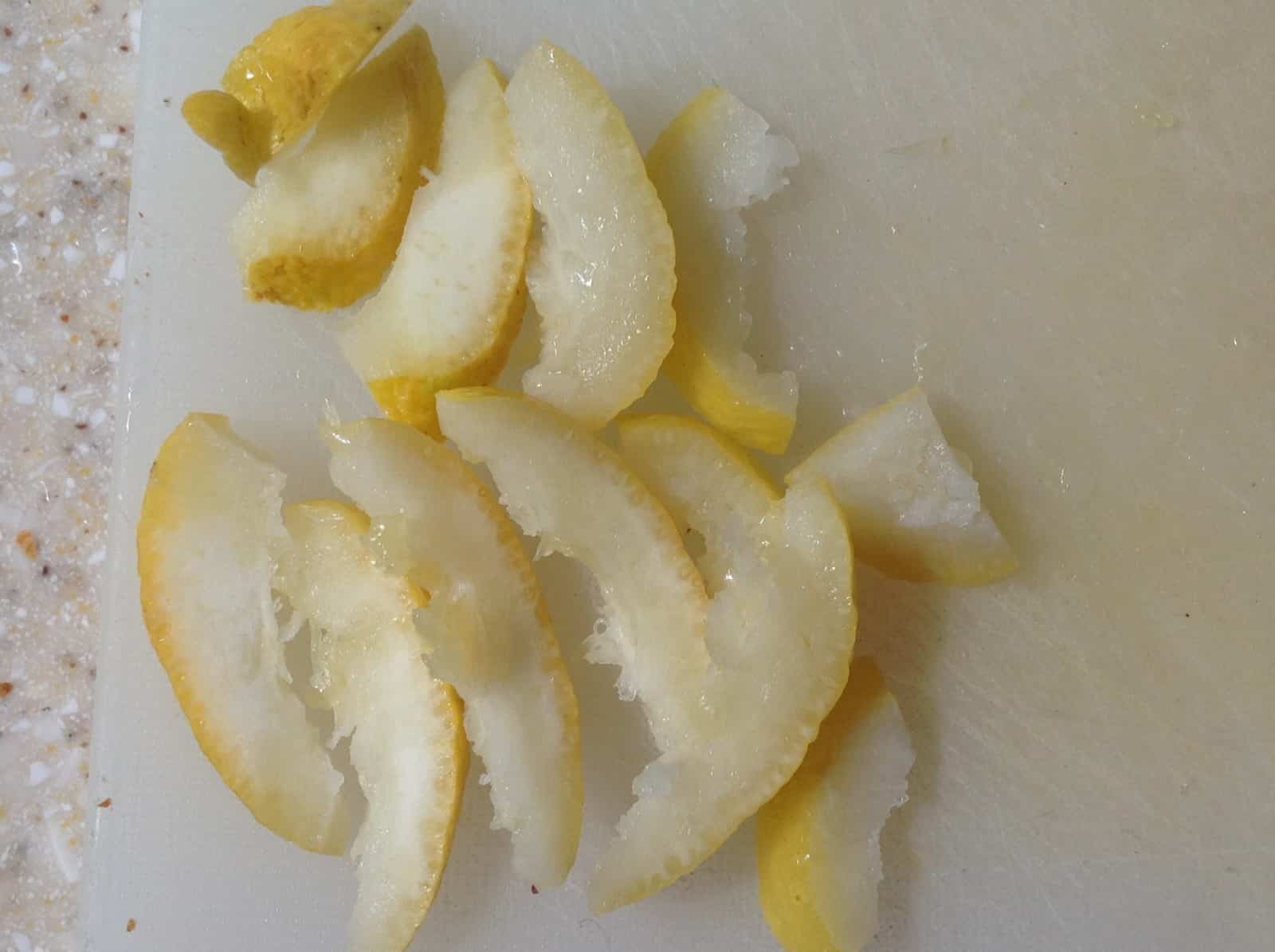 Didn’t bother cutting off the pith on this half, just to see what would happen.

Then they were simmered for exactly 2 minutes in a tiny bit of water. After I’d drained them, I realised that there would be a lot of flavour in that water! 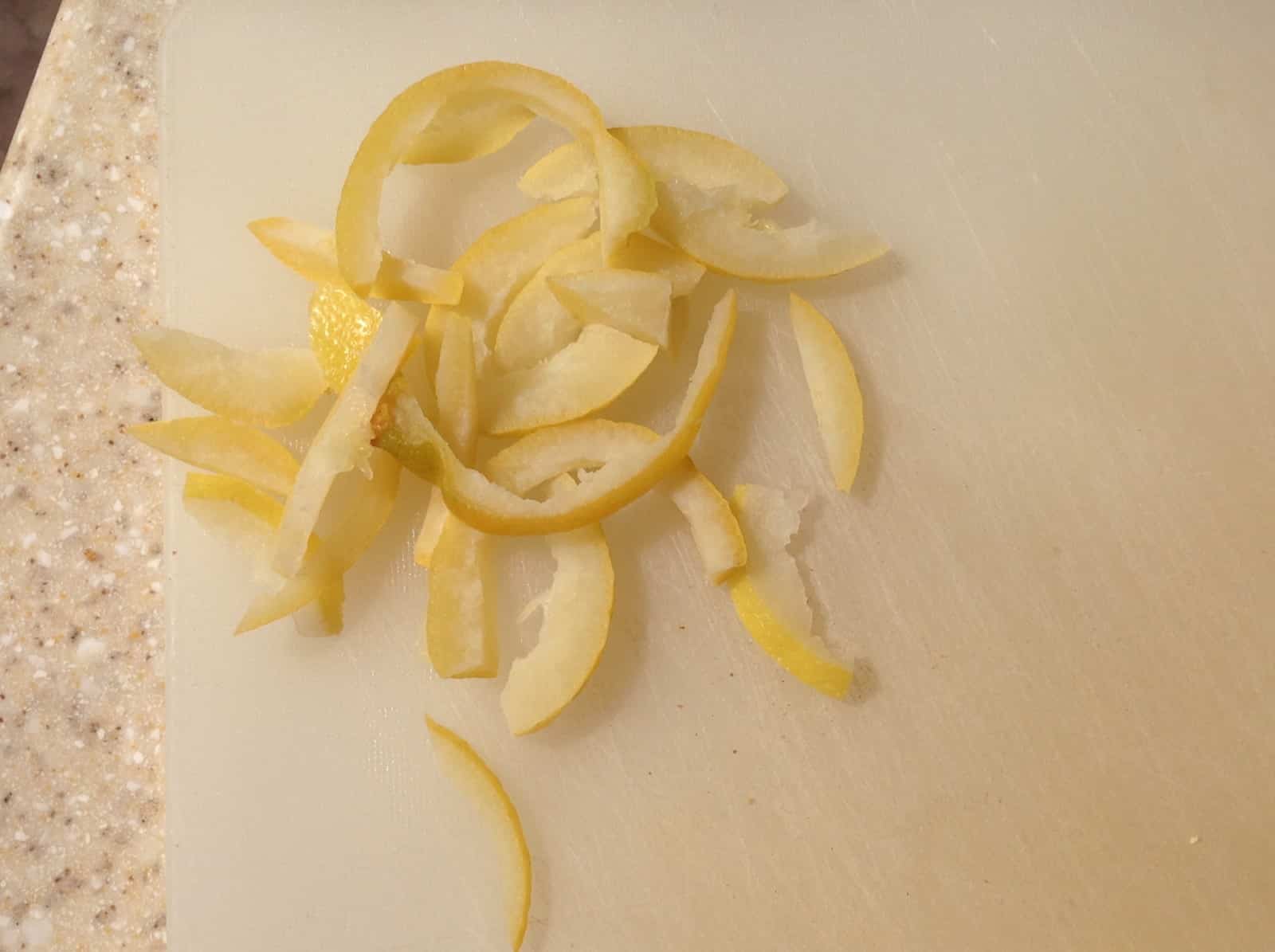 Then the strips were gently fried until they were browned and crispy. 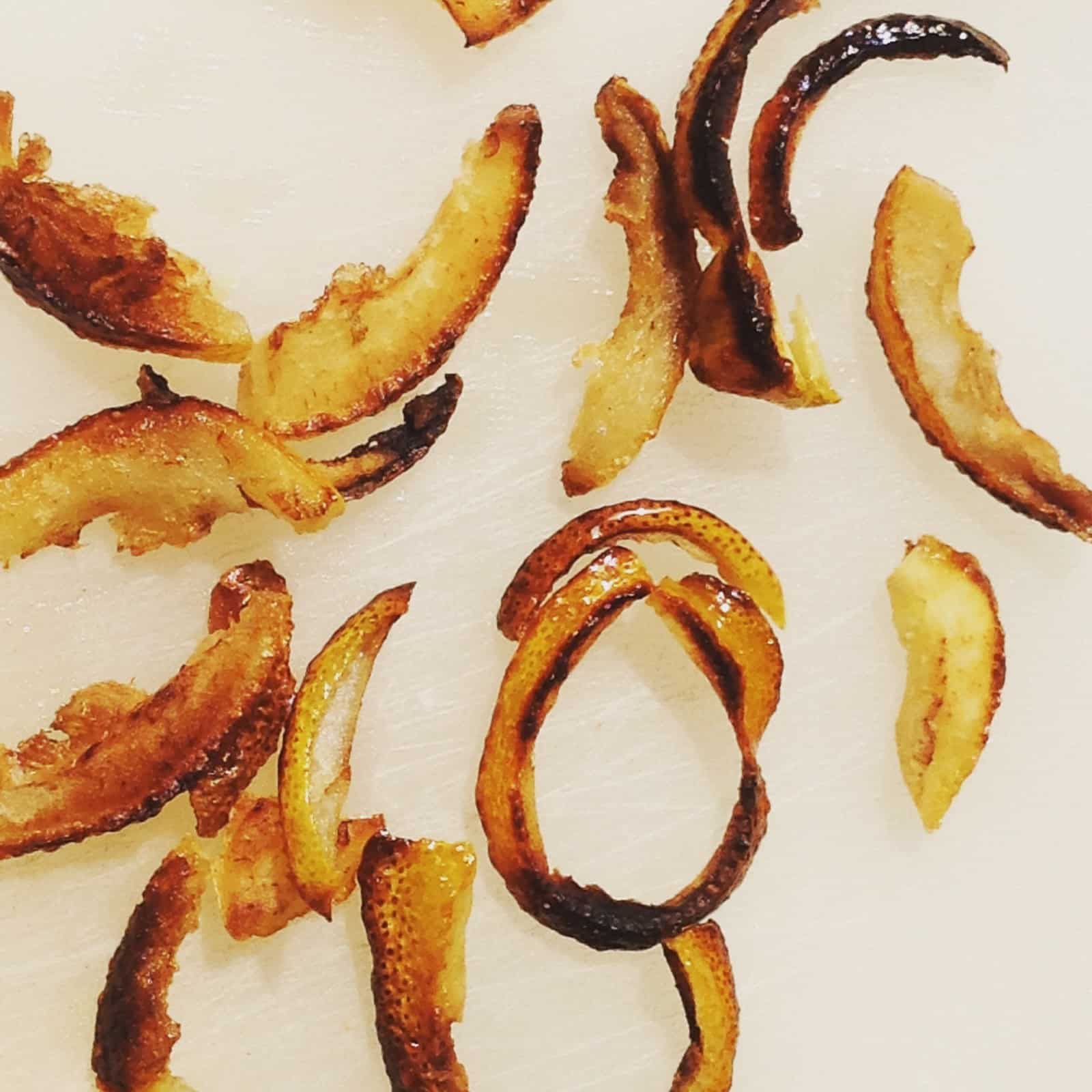 These were lovely. They tasted just as you might imagine. They were crispy, slightly bitter and very lemony. They would be fabulous on top of a creamy pasta dish; stirred into a dish of oily olives as anti-pasti or used as a garnish for all kinds of things. Obviously, lemon zest is used on all kinds of things, this gives an alternative, and interesting, option.

In other news, spent another lovely day in the garden.

I emptied the winter pots that had gone over and refilled them. There are two single flowered, pale pink, dahlias in each pot. Plus a pink geranium, three small flowered white plants and some ivy. The middle pot is the one I rescued from the tip. It’s got two yellow flowers in it, ivy, and some bulbs entangled in the ivy. 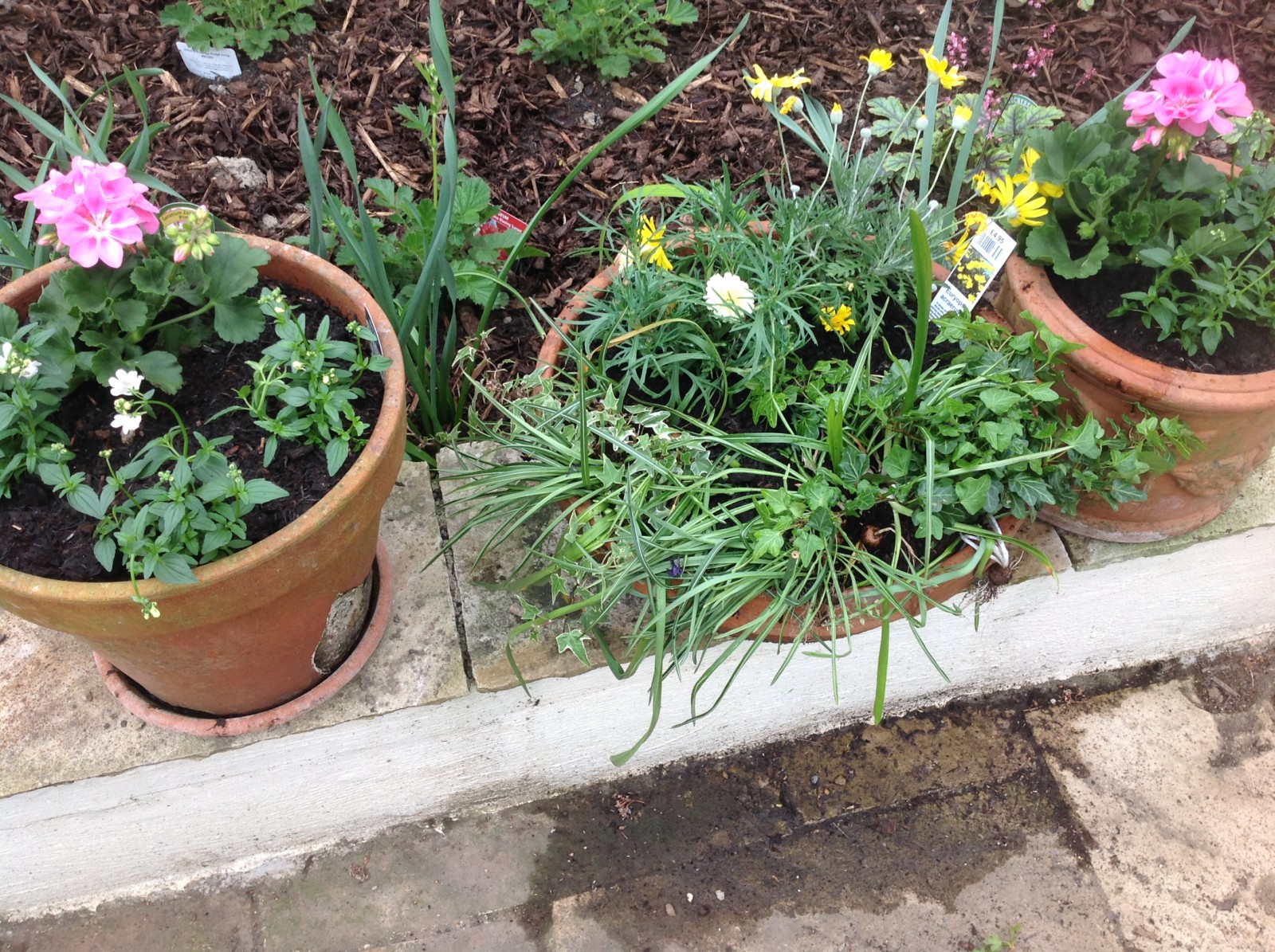 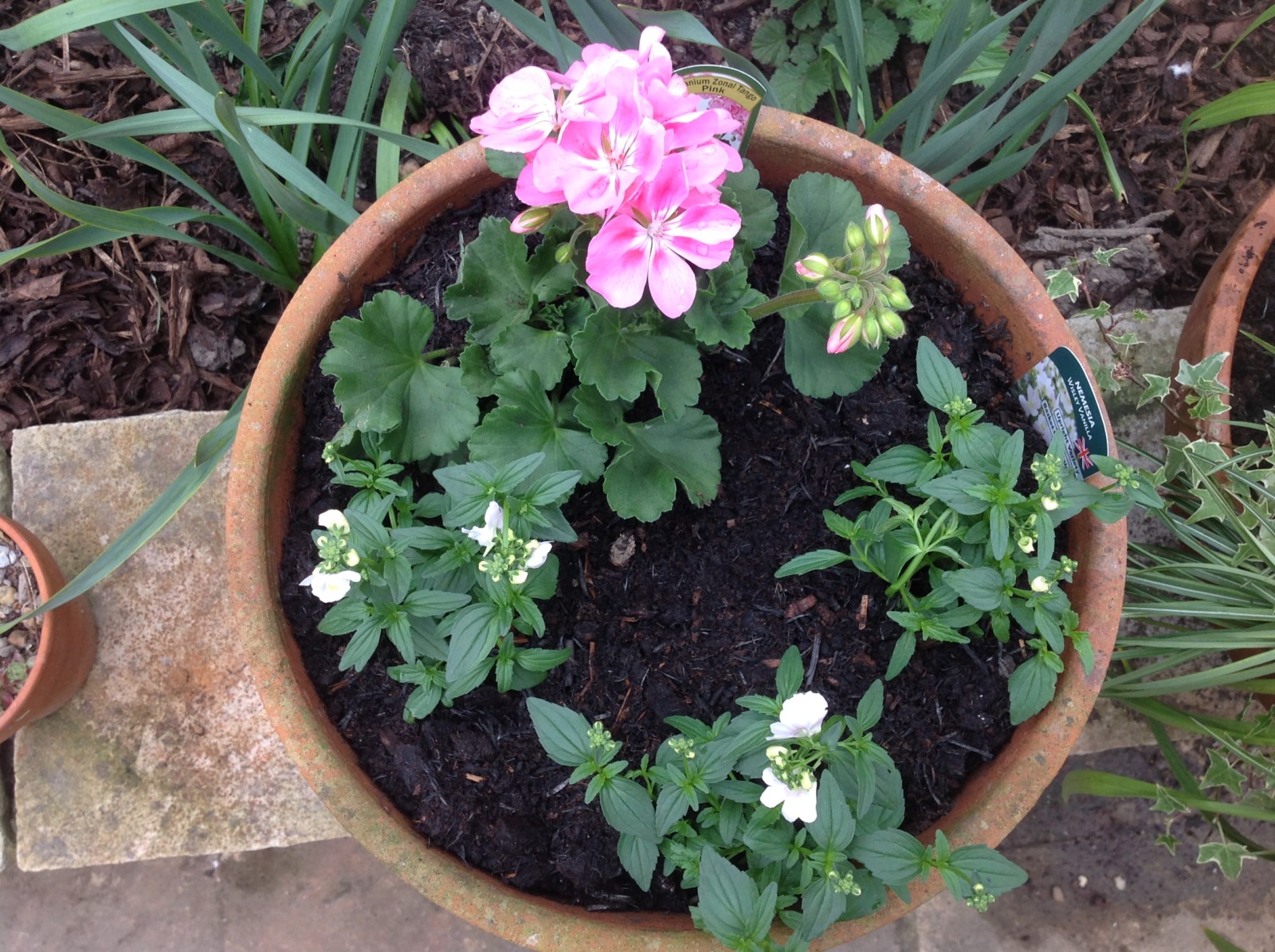 These four pots of skimmia were from the winter pots. One or two of them will probably go in my daughters new garden

What to do with old pot contents

Well, the skimmia were potted and I’ll use them for winter interest. The bulbs were put in the new bed, along with the gooseberry and hopefully they’ll  come up again next year. 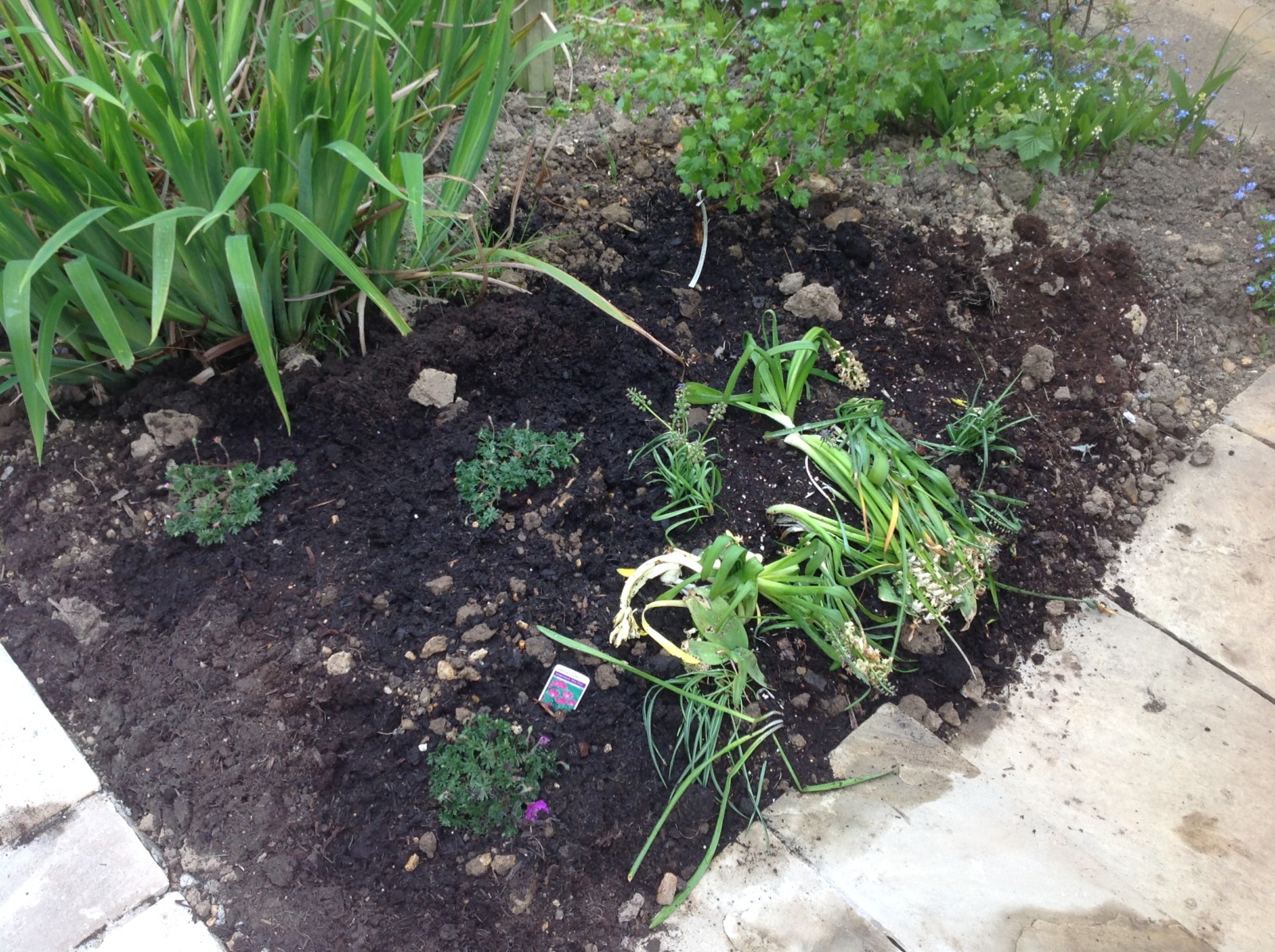 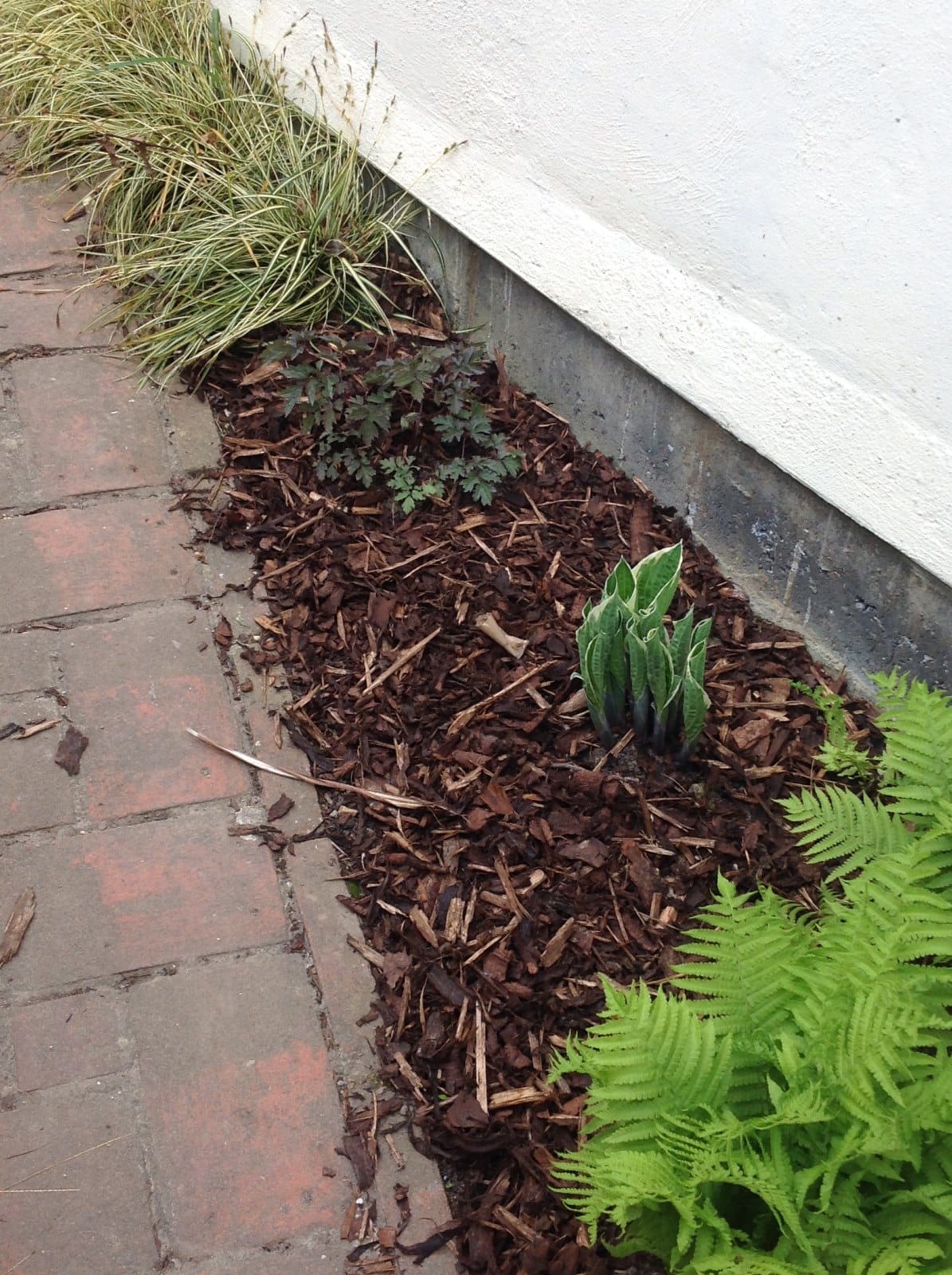 This is a small and narrow bed down one side of the house. 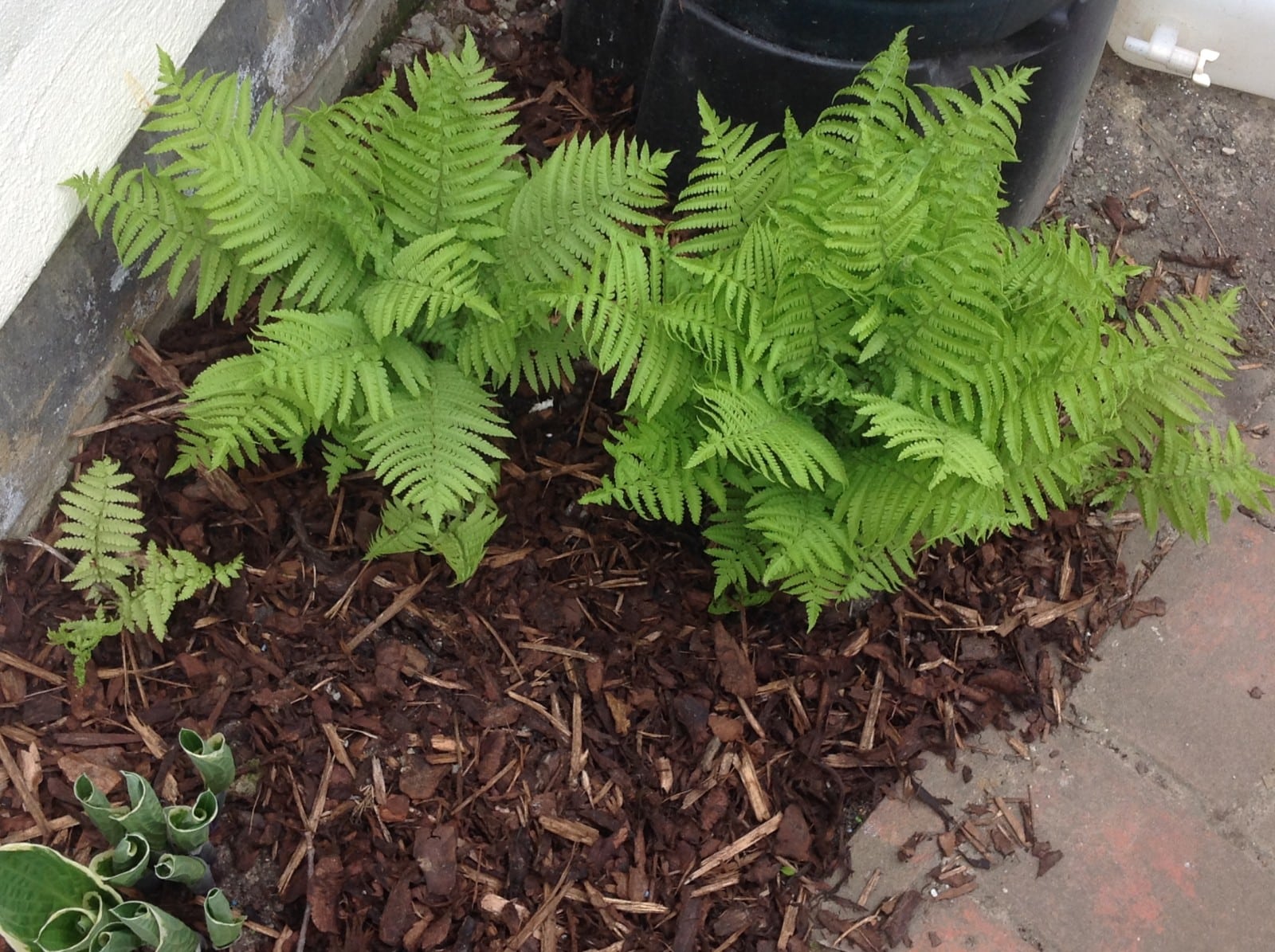 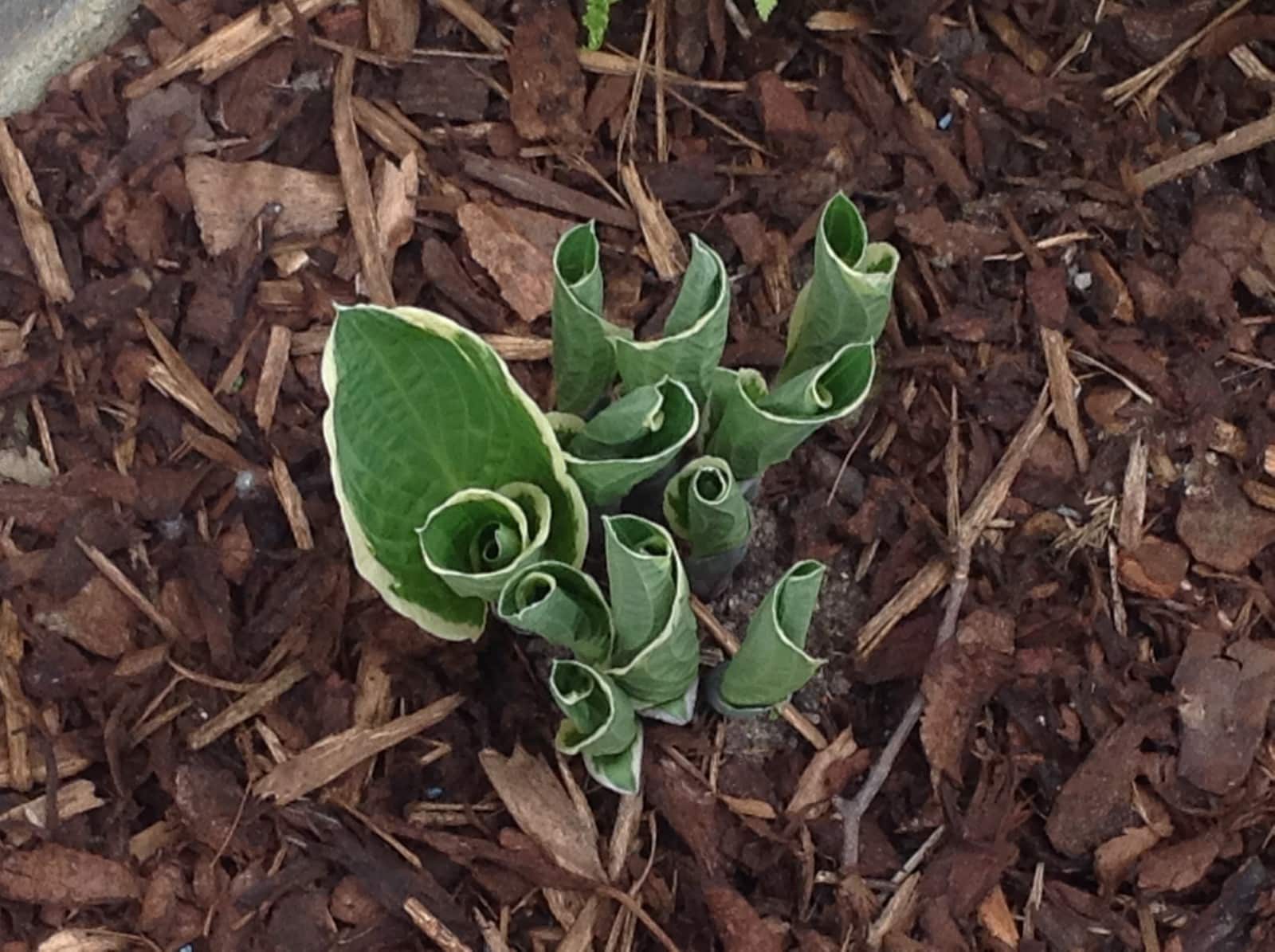 I love the way hostas push up like fat green cigars in the spring before unrolling their fat leaves. And whilst I’m still managing to keep the damned slugs off them. 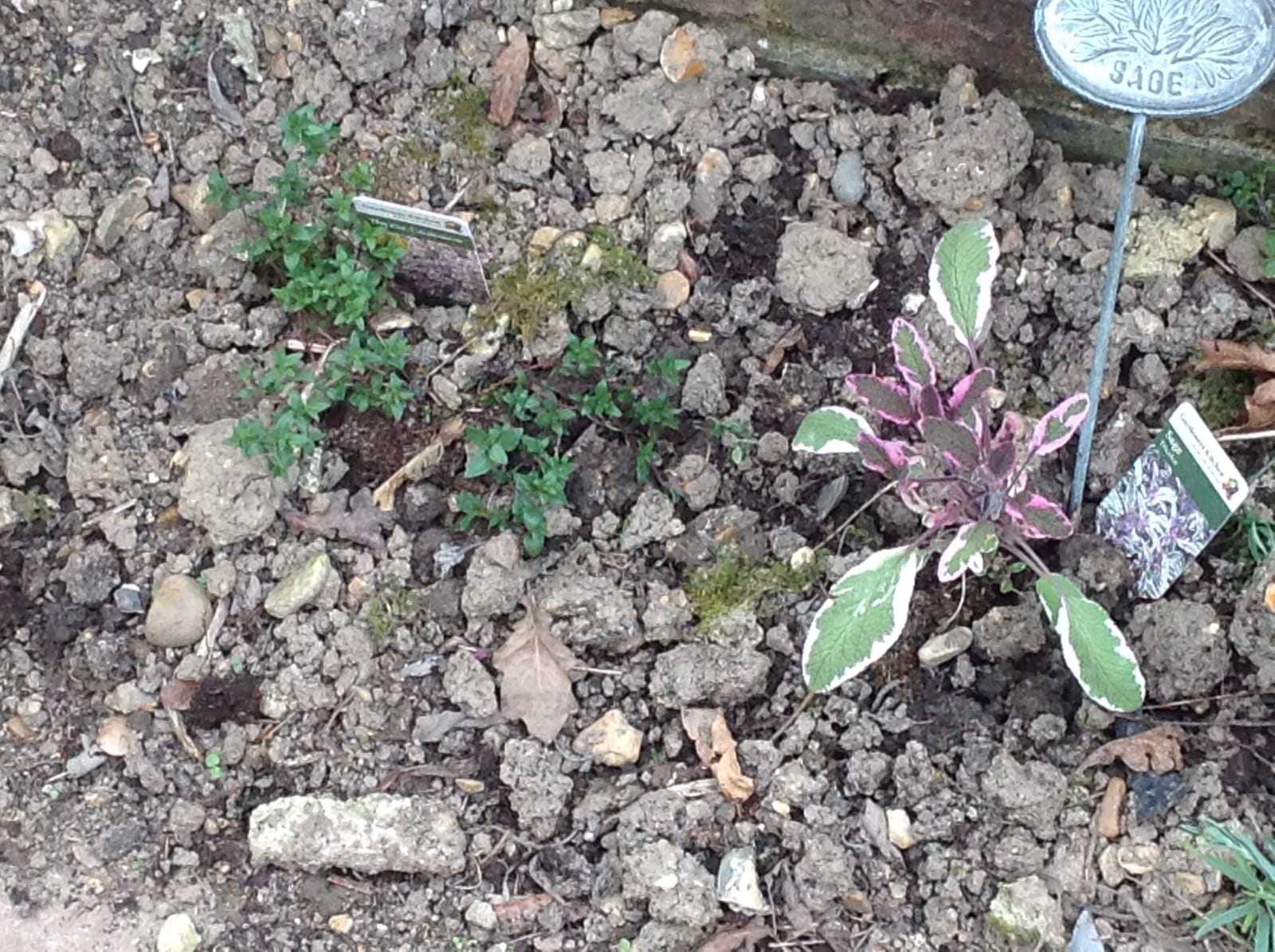 And this little fella is an oregano. The label  said it is a perennial which I wasn’t expecting. It also said to plant it in chalky soil. Well I haven’t got any of that. So I’ve put it in and am hoping for the best. When I tasted a tiny bit at the plant nursery, I was surprised at the flavour. Nothing like the dried version at all. 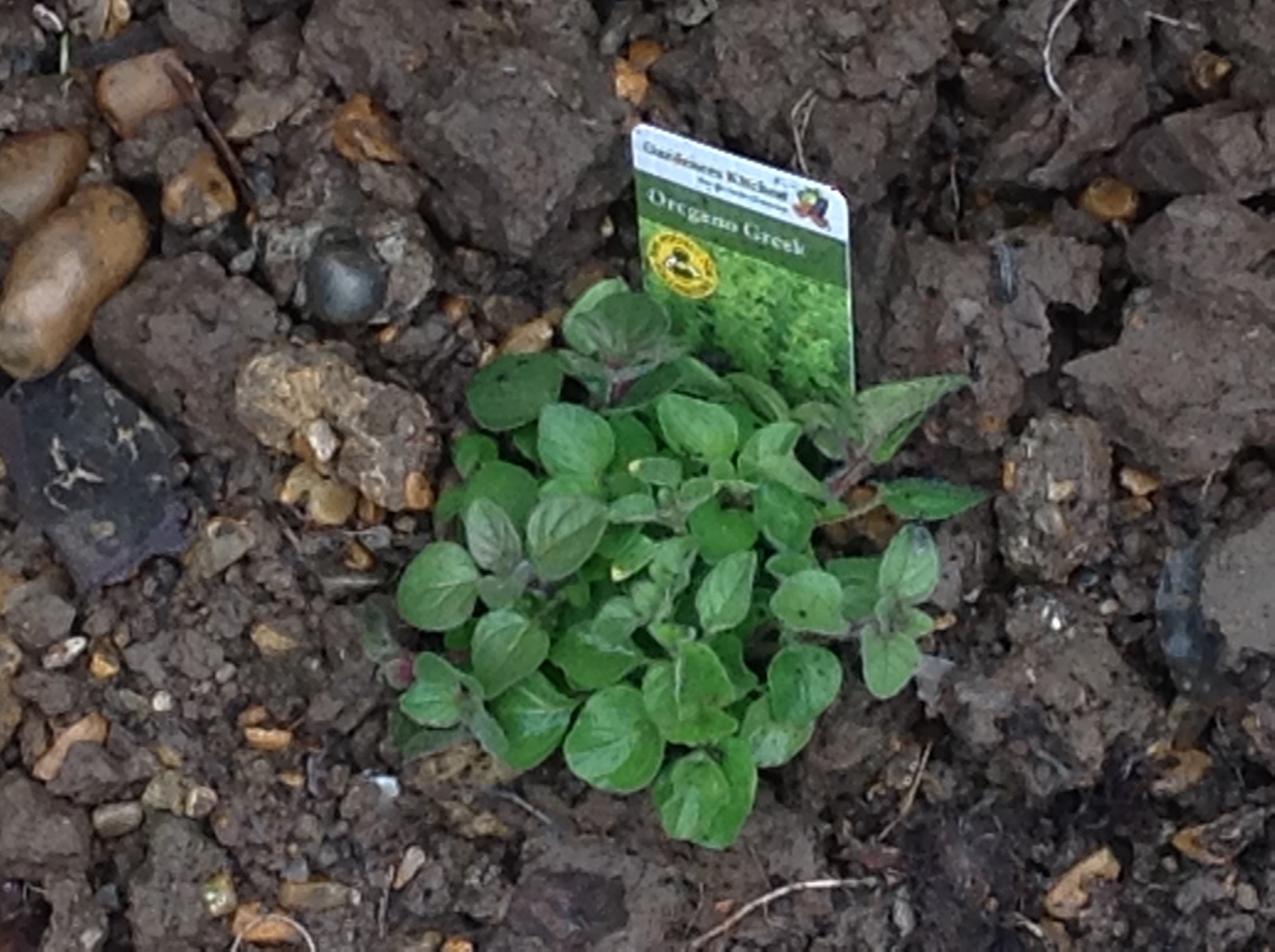 What are you doing on the bank holiday. If it’s nice, we might go out walking again.