Confession time, What I’ve actually been doing this week

Confession time, What I’ve actually been doing this week 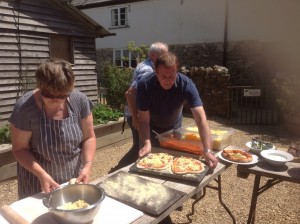 Did you guess that we have been away? When we got back from our trip to Scotland, DP said that he would rather the world and his wife didn’t know the house was empty, and I reluctantly agreed with him. I have hated not being able to share properly what we’ve been up to. It was very difficult too doing posts in the B&B where we were staying as they didn’t have WI-FI and I was trying to do it linked to my phone and everything took so loooooong to load. Pictures just did a little bit and stayed like that for 15 or 20 minutes, at which point I gave up. 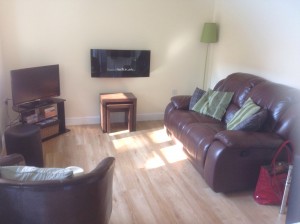 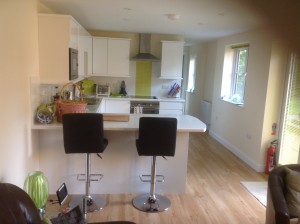 So on Sunday, we drove down to Dorset to stay at Hedgehog Corner, in the Retreat. Newly done up in 2013, this was a fabulous place to stay and had everything we needed, our host really did seem to have thought of everything. The only thing I really could have done with and didn’t have is WI-FI, if we’d booked the other suite there, it would have been included! Damn! 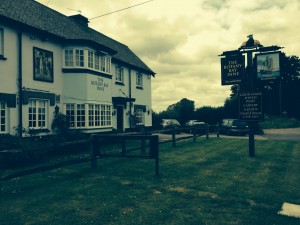 On the way there, we stopped off for lunch at The Botany Bay. We just chanced on it, but I am pretty good at judging if I am going to like a pub or not just by looking at the outside. I don’t know what it is, but I am usually right. And this one was a great pub. We had completely forgotten it was Father’s Day, so of course, it was packed. Plus it was a carvery, which I usually dislike. But our lunch was extremely good, and although the staff were very very busy, each diner was treated individually, being called up by the chef a table at a time. He hovered over his joints and trimmings, popping in and out of the kitchen to top up the roasties and yorkshires. They did a great job. 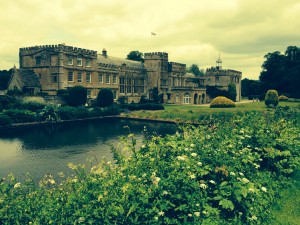 On Monday we explored the area, going to Forde Abbey. Although this huge building started life as a monastery, can you believe it is a house now, where people live. It’s absolutely massive. The house wasn’t open on Mondays, so we contented ourselves with looking round the grounds, which were lovely. Of course, I spent a lot of time in the kitchen garden, comparing their produce with ours. I was surprised at how much more advanced most of our stuff was in comparison. I thought that as they were 160 miles or so South to us, they would be in advance. Puzzling.

On Tuesday, we went to River Cottage for the Bread course. Did you guess? I was rather star struck as I am a bit of a fan of Mr Hugh Fearnley-Whittingstall, and I couldn’t quite believe that I was wandering round the actual garden at the actual River Cottage HQ. We didn’t see his Hughness of course, I didn’t expect too. I loved all the stuff I learned from the chefs there and would love to do something else there some time.
Although the next thing I would like to do is a course on cheese making to go with all the (hopefully!) lovely bread I will be making. I have had a little google and found several interesting articles on making cheese, Halloumi, mozzarella included. There are courses more local to me too, rather than 160 miles away.

Yesterday we explored Lyme Regis, having a look at the Cob and the Town Mill there. We had a guided tour of the mill, learning about how to mill flour using a water wheel from the river Lym
At lunchtime, we went back to the restaurant there and I had a totally gorgeous lobster linguini, followed by a baked custard that was sort of like creme patisserie, with roasted rhubarb, topped with toasted almond and served with a lemon shortbread. And a proper, ground, decaf coffee. Mmmmmm, what a treat.

We drove back today, still in glorious sunshine, which we have enjoyed all week. Straight back this time, no stopoffs.

We have just stuffed loads of focaccia and the loaves we made into the freezer. So we will be trying all that out over the next few weeks.