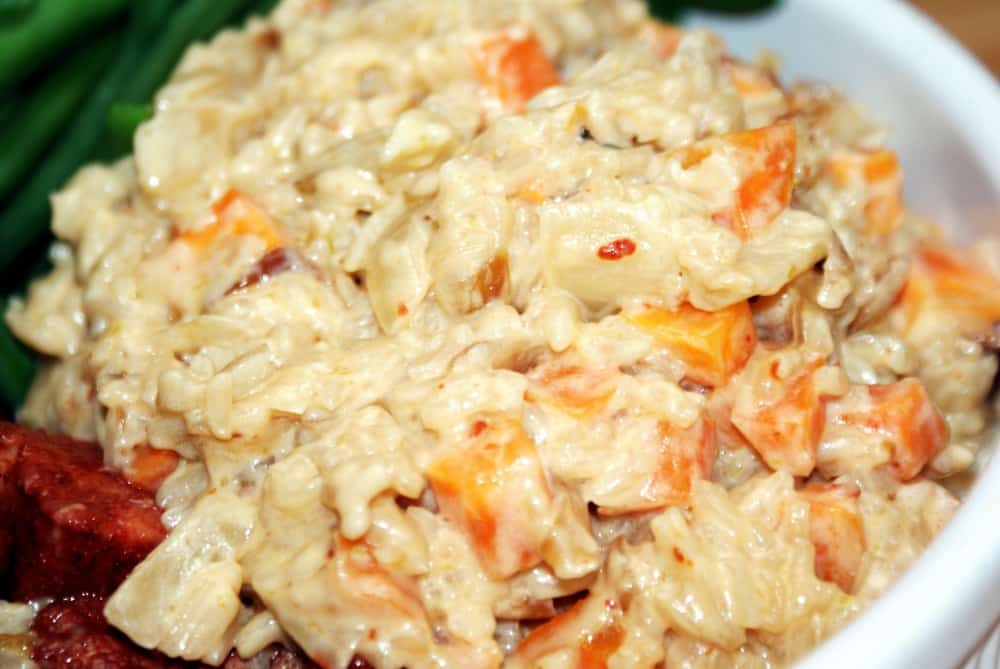 I have been doing tandoori chicken quite often lately. A very easy dish, that is just diced chicken, tossed in tandoori spice, and pan fried in a little oil, just enough so it doesn’t stick 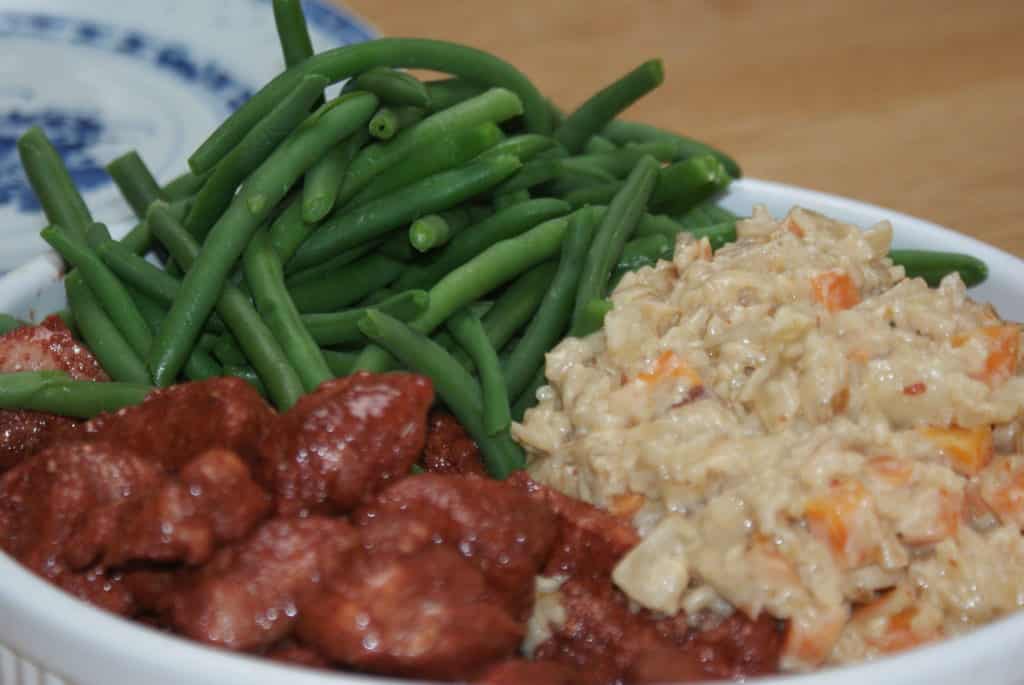 Normally, I do an Indian spiced vegetable rice to have with it. But this week, I wanted something different, so I thought I’d try doing a vegan coconut rice. There was a lime in the fruit bowl, so that was pressed into service too.

My goodness, I loved it! It was VERY coconutty! Coconut and lime rice – yum! I have several boxes of dried coconut milk, so used the equivalent of half a tin of coconut milk – 40g. My husband found it too creamy, and he’s not fond of creamy things. So next time I think I’ll use half as much and it should still taste of coconut

There was just enough chicken, rice and green beans left after dinner for a small dish for my lunch tomorrow – yum! 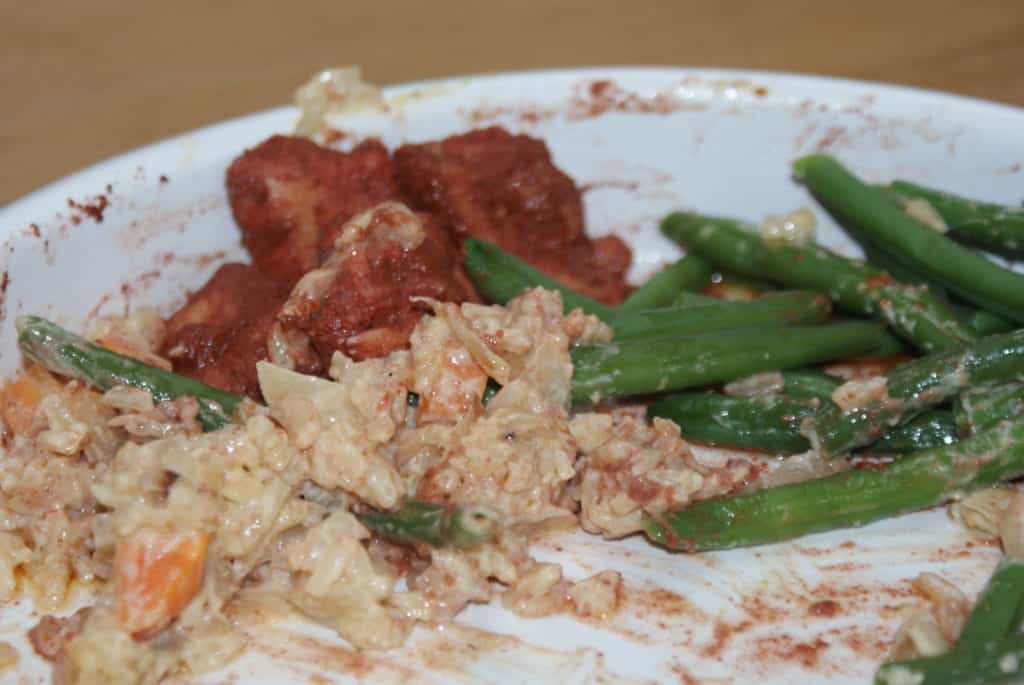 Lime’s are expensive, so a squirt from a bottle of lemon juice would do just as well.

Use peas instead of carrot, or sweetcorn, swede or sweet potato.

Add a dash of fish sauce or soy sauce. Try a little garlic, chilli and ginger. Throw in a star anise, a bay leaf or a sprig of rosemary. Whatever you think will work well together

I’m definitely going to do this again! 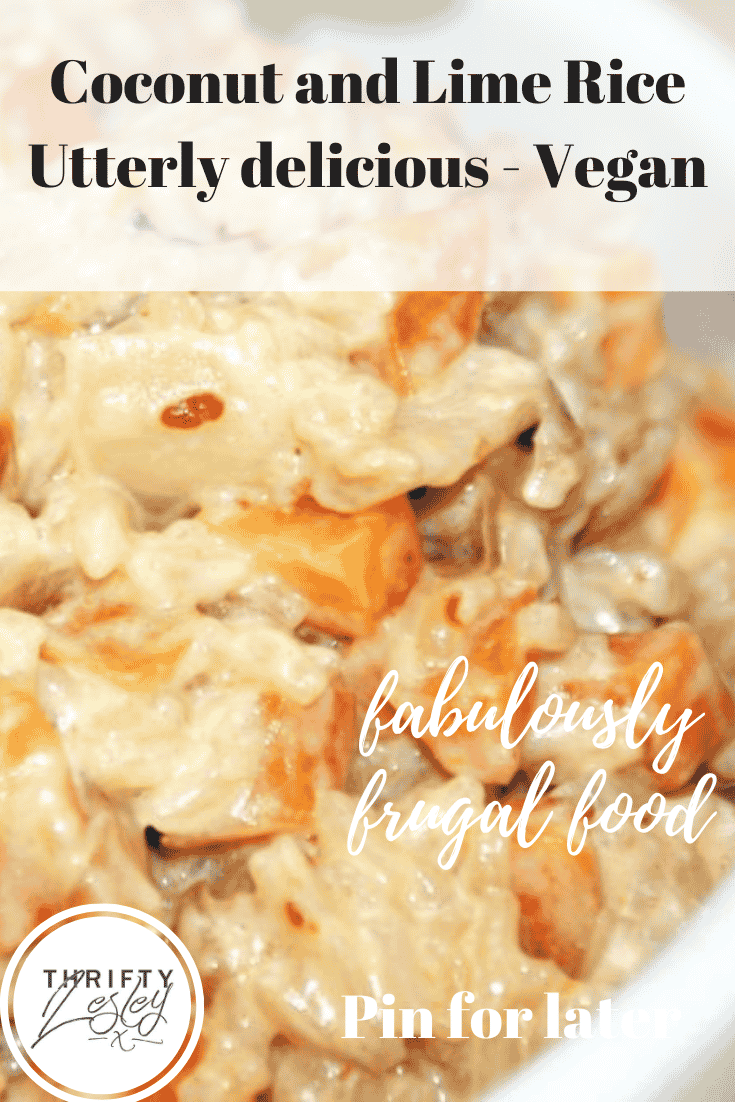 Freezes Well
Servings: 2
Cost per portion 29p
Calories: 171kcal
Author: Thrifty Lesley
Click on the check box to cross off Equipment, Ingredients or Recipe Steps completed.
If you click and buy anything, I may get a small commission on the purchase. It won't cost you anything extra. Some are just things that I like and/or use myself rather than necessarily best value 🙂
If you enjoyed this recipe, would you please consider leaving a review? It would really help