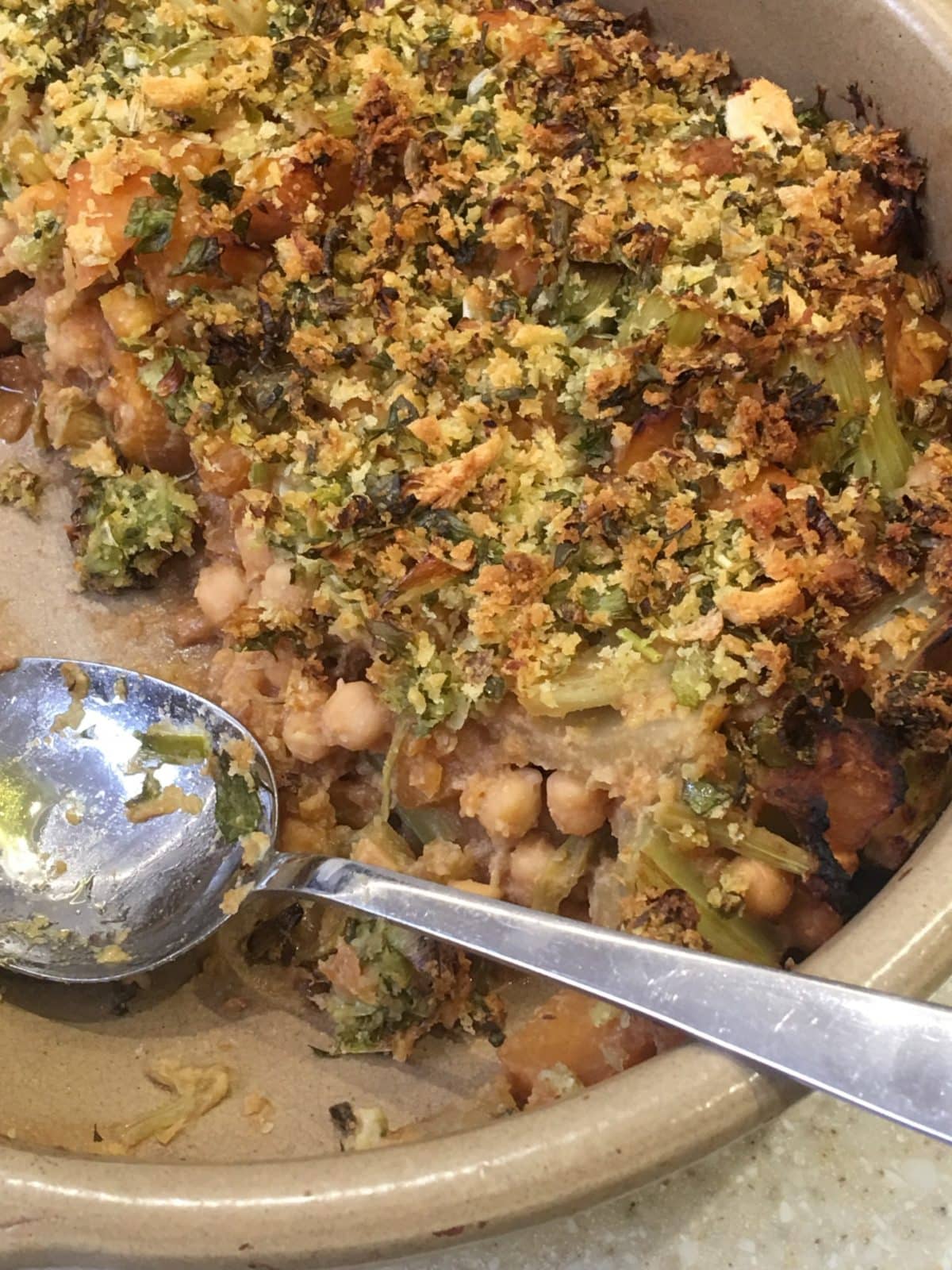 I picked up a couple of heads of celery on yellow sticker this week. I wanted to make something main coursey with at least one of them. I had a little google and looked at Pinterest and came up with this vegan vegetable bake using celery, swede and chickpeas.

Celery is great if you are trying to lose weight as it has very few calories, although, sadly, it is a myth that it burns more calories to digest it than it contains. It contains abundant fibre, something most of us need more of.

In the U.K., swede can be called turnip or neeps, which can be confusing, as there is also a completely different vegetable also called turnip!

How did I make the vegan vegetable bake

There was a lot about cooking celery in water for a long time on Pinterest, so I decided to start there. A swede was in the fridge, so I decided to use that with the celery. It was heading towards being vegan, so I didn’t use any cheese in the topping, which I otherwise might have done

Peel and chop the swede into chunks about 1″/2.5cm, chop the celery into 1″/2.5cm pieces. After washing thoroughly, as it may have grit in the stalks, put the vegetables in a saucepan, add a little water and cook gently.

After cooking for half an hour to make the vegetables really soft, they were drained, then I added a big dollop of miso and some creamed coconut. Add a little of the cooking water if the mix doesn’t look nicely moist. Then I topped it with a giant spring onion and parsley from the garden and some breadcrumbs. Mixed in some olive oil and baked until crispy. 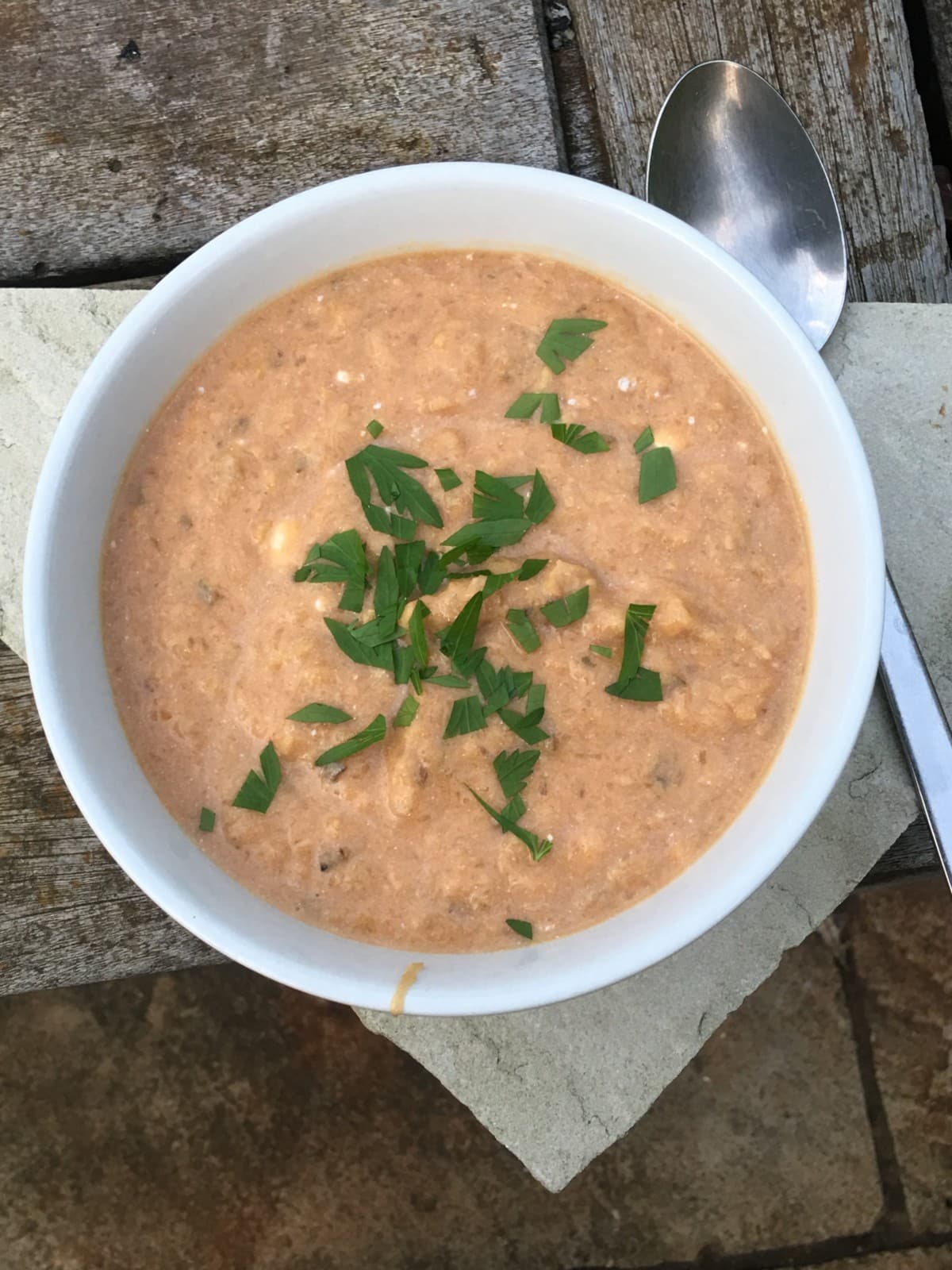 Variations for a vegetable bake

Got some swede left?

Another Trio of Vegetable Hummus – Beetroot, Parsnip and Swede

Still not used all the celery? 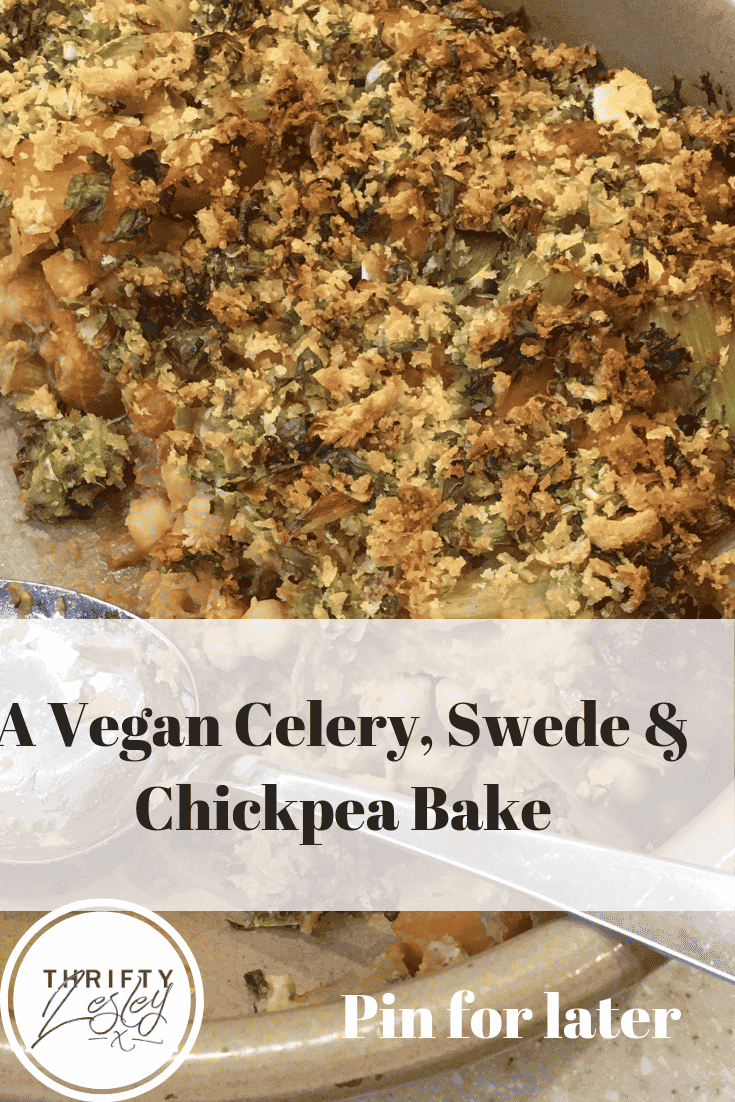 Freezes Well
Servings: 2 people
Cost per portion 82p
Calories: 542kcal
Author: Thrifty Lesley
Click on the check box to cross off Equipment, Ingredients or Recipe Steps completed.
If you click and buy anything, I may get a small commission on the purchase. It won't cost you anything extra. Some are just things that I like and/or use myself rather than necessarily best value 🙂
If you enjoyed this recipe, would you please consider leaving a review? It would really help