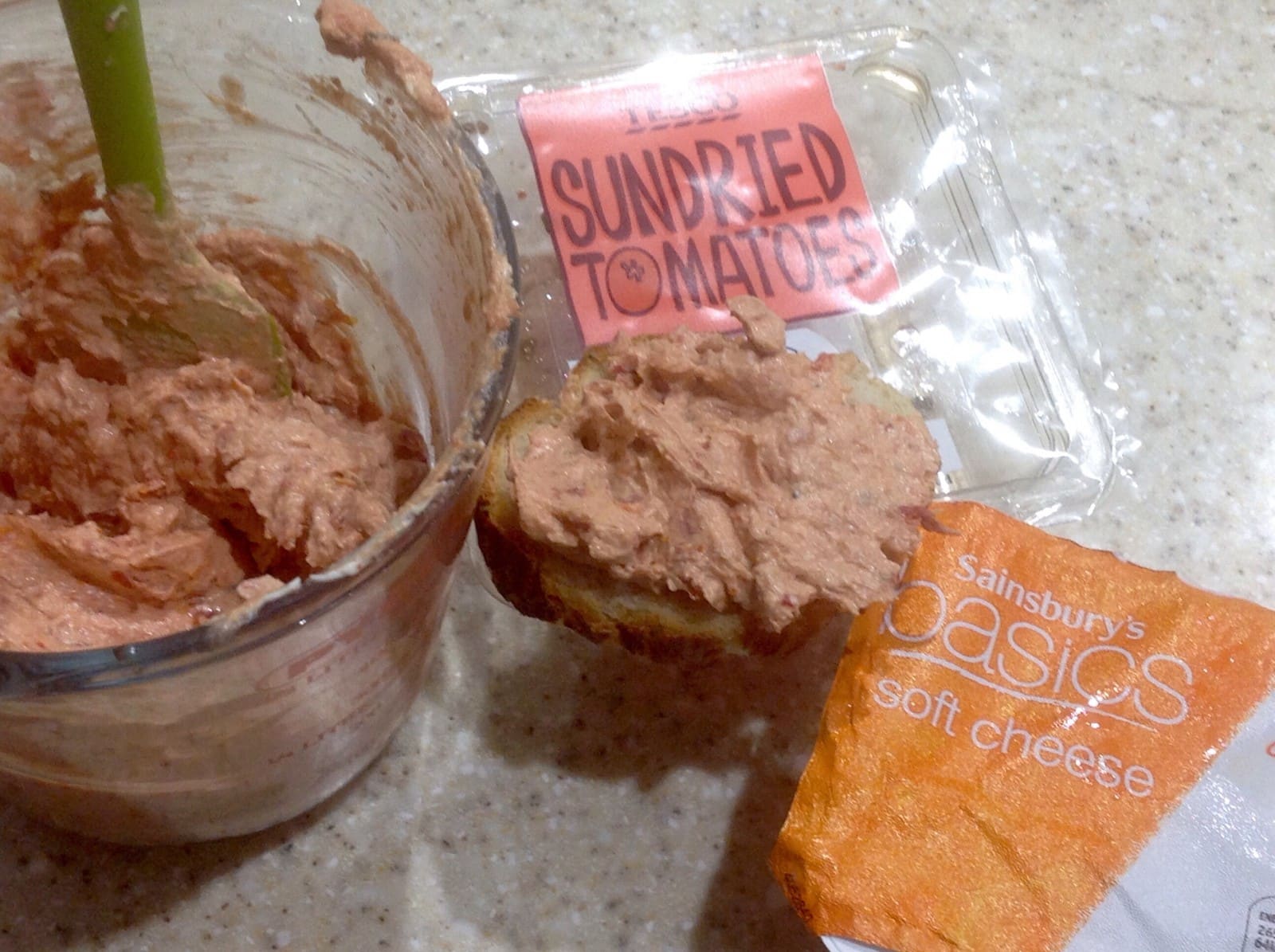 Long day today. Had a film crew here all day today from Bold Content Video for the Money Advice Service. They arrived shortly after 9:00am and didn’t leave until nearly 7pm.

We worked all day, doing all kinds of shots, stills and video. An unbelievable amount of kit was involved, it filled the entire sitting room! I felt like a proper presenter this time (proud face). I had lines to say, and had to repeat them several times until the producer was satisfied. As well as the producer, there was also a cameraman, a soundman and a runner. They arrived in a mini van and it was like one of those ‘how many people can you get in a mini’ things. I couldn’t quite believe that 4 people and all that gear came out of that small van!

They ended up doing a short promo and a main film. This is the main one on the MAS site

They had brought huge amounts of props with them, and left me with a few bits and pieces, including some lovely sun dried tomatoes in tasty oil. Soon after they had gone, I whizzed them up with some value soft cheese as a toast topping, or sandwich spread.

Oh my goodness, it is delicious!

I thought that we would be making the beef spread, so early in the day, I put some dried tomatoes in to soak, so they would be soft enough to whizz with the beef.

I’m torn now whether to use them on their own, or do a beef one!

The tomatoes I had were in a pack weighing 80g. I am assuming the same weight of tomatoes as the other spreads I have done, using 25g of dried ones, soaked in water, to make 80g after soaking.

Soak the sun dried tomatoes in a little warm water until soft. Then use a stick blender to whizz it to a smooth paste. Add as much or as little of the soaking water as you like. Use any soaking water left over in the next soup you make.

If you don’t have a stick blender, try grinding the mix with the bottom of a rolling pin, or similar, in a big mixing bowl. Make sure the tomatoes are really soft first.

If your tomatoes are the type stored in oil, they will already be soft. Don’t forget to add the lovely oil. Or save it for something else, it will have bags of flavour.

You could use a sun dried tomato pesto, or indeed any other pesto; tomatoes stored in oil or part of an antipasto. You could add a squidge of garlic, or a little fresh ginger; a bit of grainy mustard or horseradish.

When you make your sandwich (I tried a bit on a little slice of baguette) you could add thick slices of cucumber; several lettuce leaves or mixed greenery; grated carrot, parsnip or swede; or even slices of fresh tomato, for a multi tomato layered flavour.

Edit: tidying up the fridge and stashing things in the freezer that wouldn’t get used in time, I accidentally put the remains of this in there too. You aren’t supposed to freeze the value cheese, so I  was a bit apprehensive when I took it out for my breakfast this morning – what would it look like once defrosted. I needn’t have worried. It was absolutely fine. So, you can freeze it