A freeform loaf and a broad bean & feta wrap

A freeform loaf and a broad bean & feta wrap 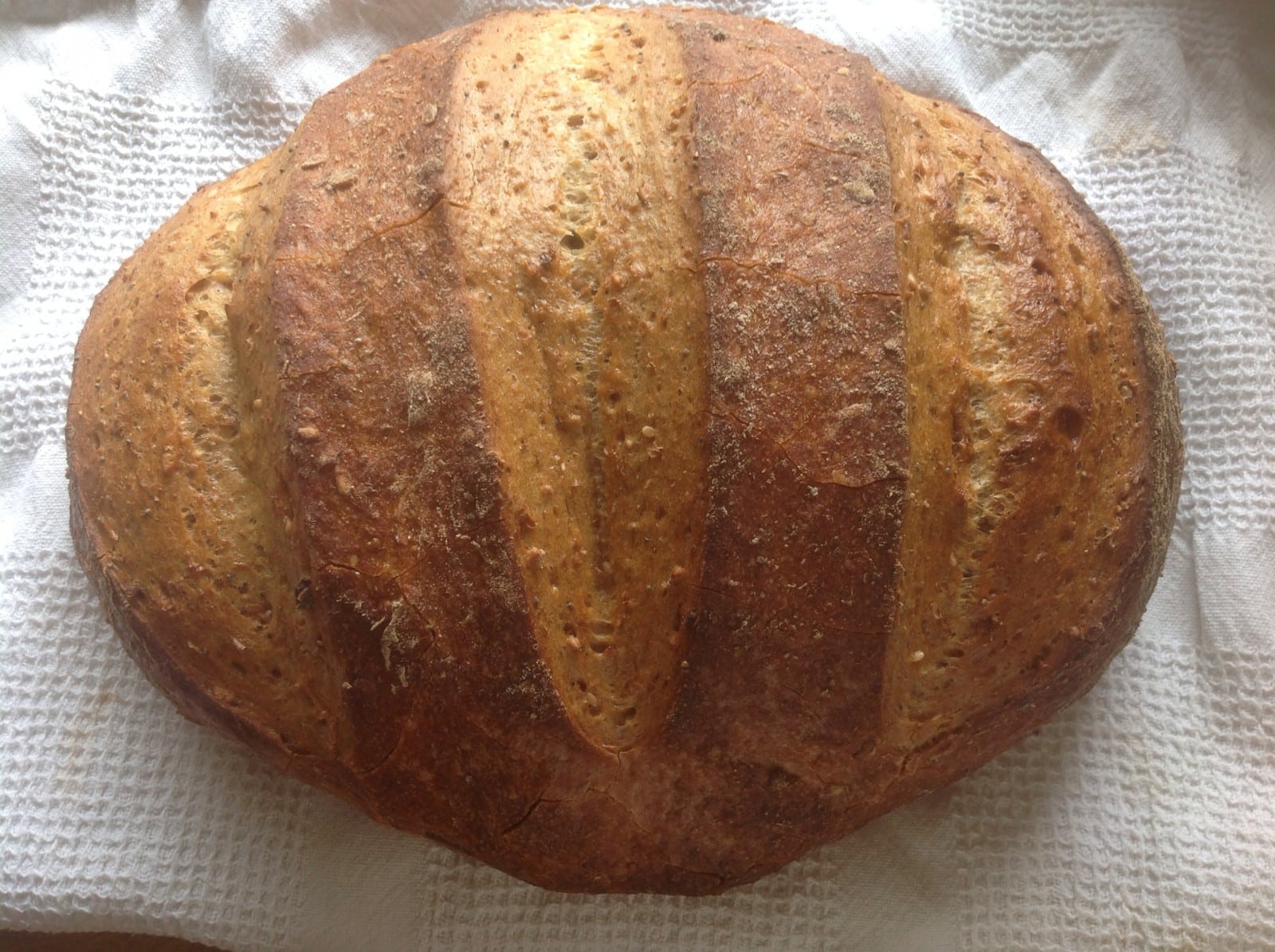 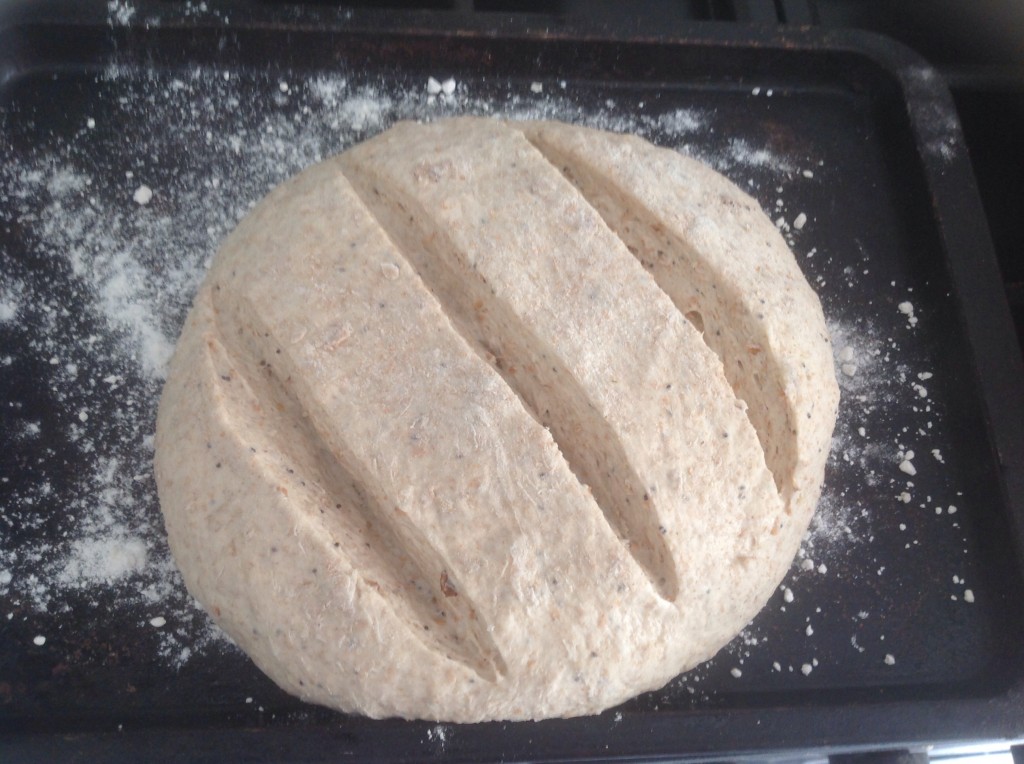 Made a loaf with the dough I keep in the fridge today. Thought I would try a freefrom one this time. Partly because I wanted to see if I could do one, and that it wouldn’t flatten itself out on the baking sheet. Partly because I wasn’t sure how much to put in a loaf tin, the mixture isn’t weighed now, it’s just topped up with random amounts of flour and water. And finally because the teacher on the bread course said we should get used to handling dough, knowing how much to use and knowing when it is cooked.

So this is the loaf before it went in the oven, slashed to get more crust. I had kneaded in enough flour to get a firmer dough than when I baked a loaf in a tin. 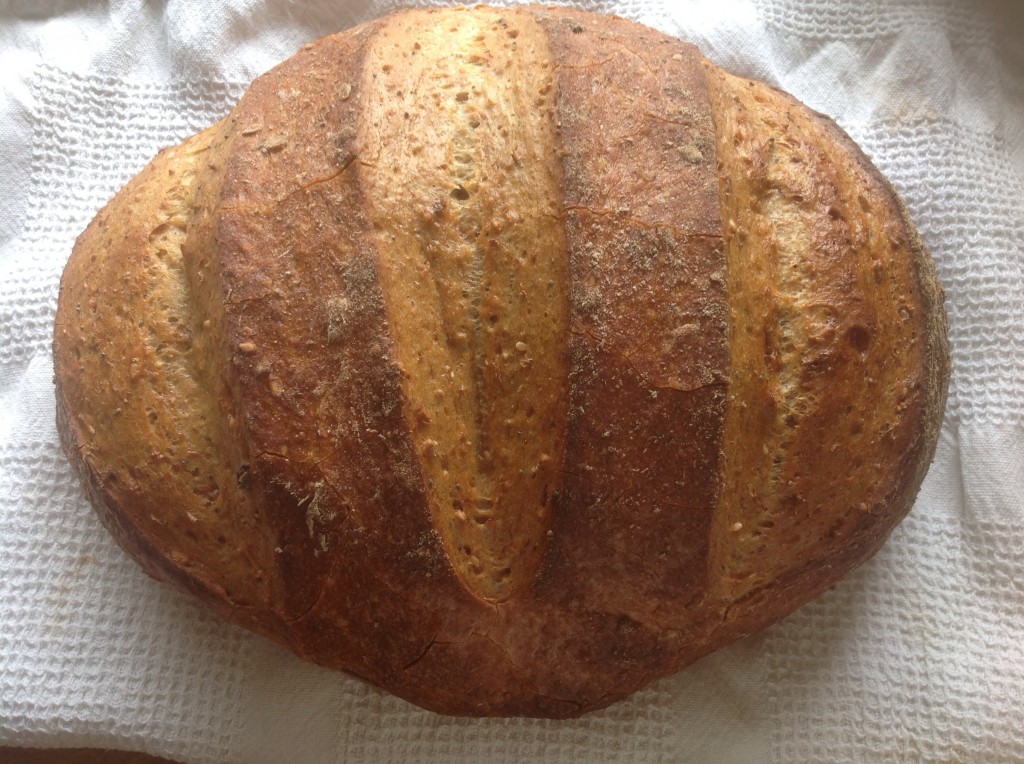 And this is the cooked loaf, standing pretty tall I think 🙂 It was baked at 220C for an hour. This gave a loaf with a rock solid crust. I wanted that crust to survive the steam from the loaf cooling down.  The flour used this time was the leftover mixed grain dough from the flat bread making with DGD in the fridge, some strong white and a couple of handfuls of rye. All left in the fridge for a couple of days.

I don’t knead the dough except when I am about to use it. Then I knead in enough flour to make it the consistency I want. The crust is deep and delicous and the crumb tender and moist. Worked really well, hooray, think I may have cracked it at last!

I left a chunk of dough in the bowl and topped it up with more flour and water and back in the fridge it went, ready for next time. DP suggested that I could have put some walnuts in it, so I will try that next time. 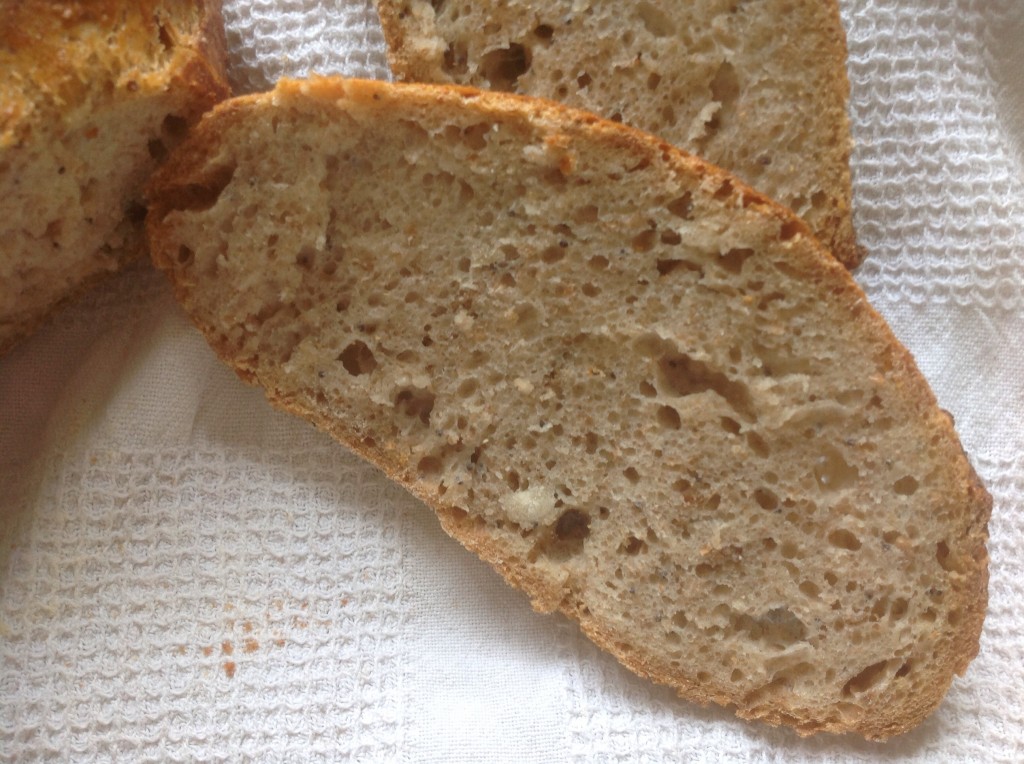 I decided to use some of what was left to make a couple of wraps for our lunch. The broad beans I picked recently need using, so I mixed some of those with some feta and tomatoes from the garden and moistened it with a thick mustardy vinaigrette and put that on a few leaves. 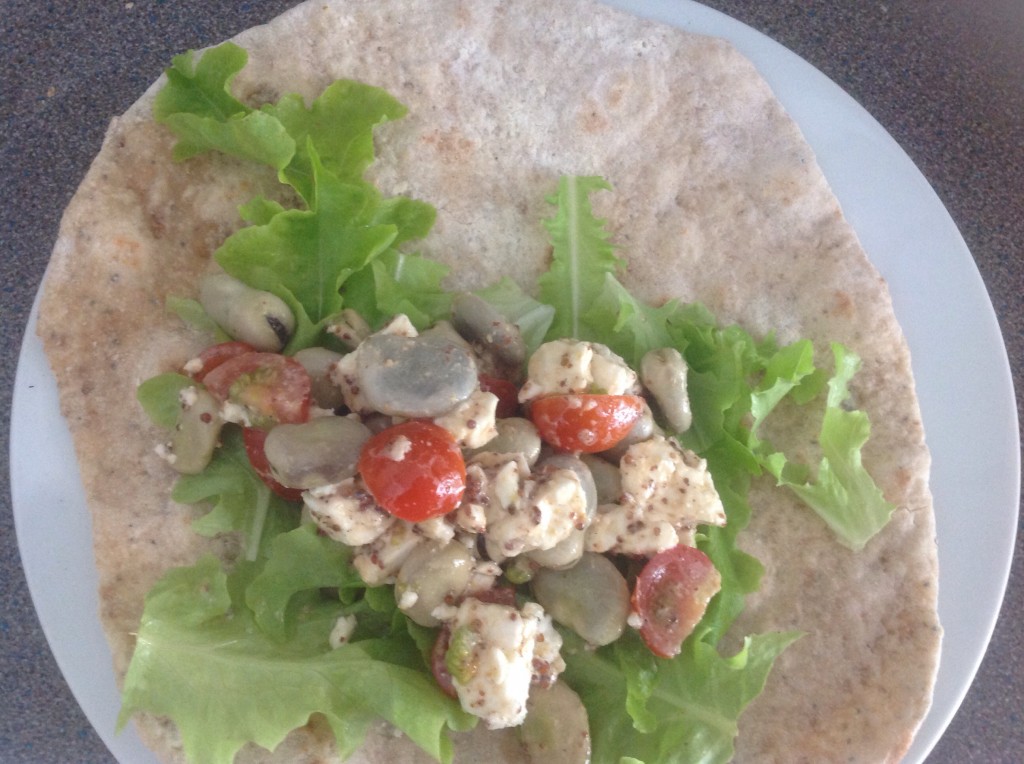 It was delicious! If you kept the veg separate, this would make a lovely packed lunch 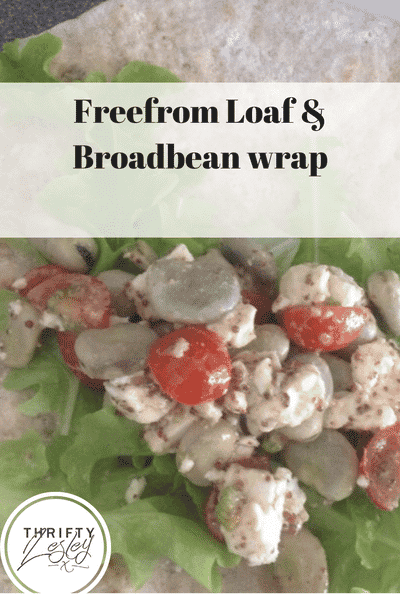