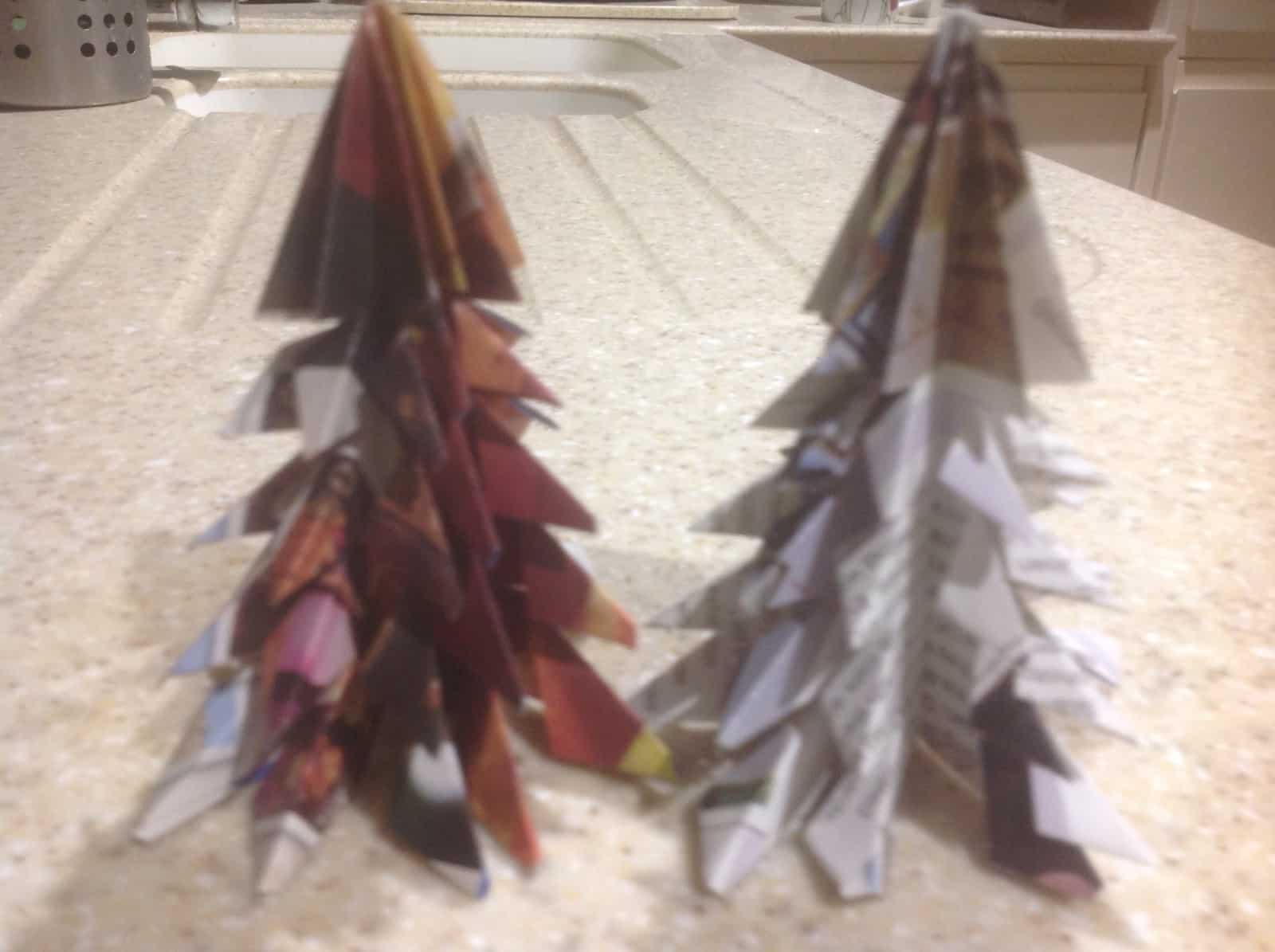 A friend and I went to a startup WI meeting last night. It was proposed that a WI was started up in Heathfield itself. Unfortunately only 5 people turned up, including my friend and I, plus 4 WI advisors.

The main person organising it said that it had been well publicised, but I can’t say that I agree. I hadn’t seen a single advert and only came to know about it via the grapevine.
Well it won’t happen this year anyway, not enough people. Maybe next year.

While we were there, we had a good natter with the other people who had turned up, all of whom we both knew anyway! And we had a little crafting session which was fun.

We made some small Christmas trees. These are practice ones before I was let loose on the good, coloured, paper. But actually, I prefer these! We used old copies of WI Life, which has that thick, glossy, paper of a magazine. They were quite fiddly to get right, but having mastered it, they were then quick to produce, and quite absorbing. I include the instructions here in case you want to have a go. 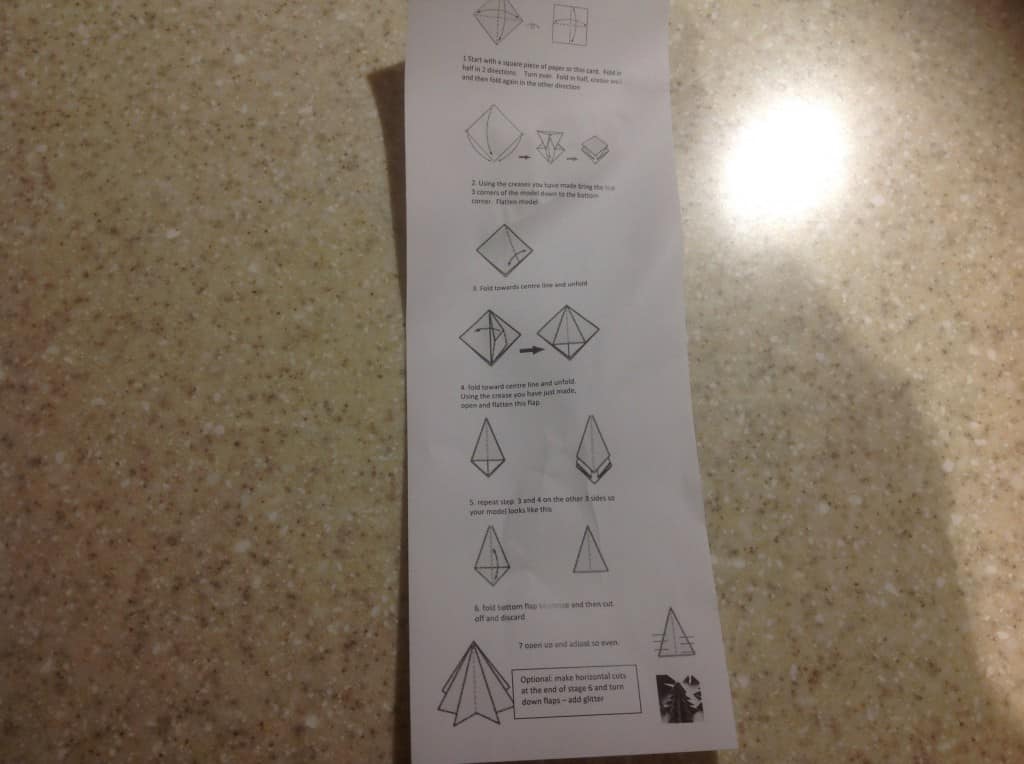 We also did some small bags. They would be perfect for small gifts, at a place setting on the table, clipped to a Christmas tree, or made using A3 paper, they were the perfect size for a muffin. 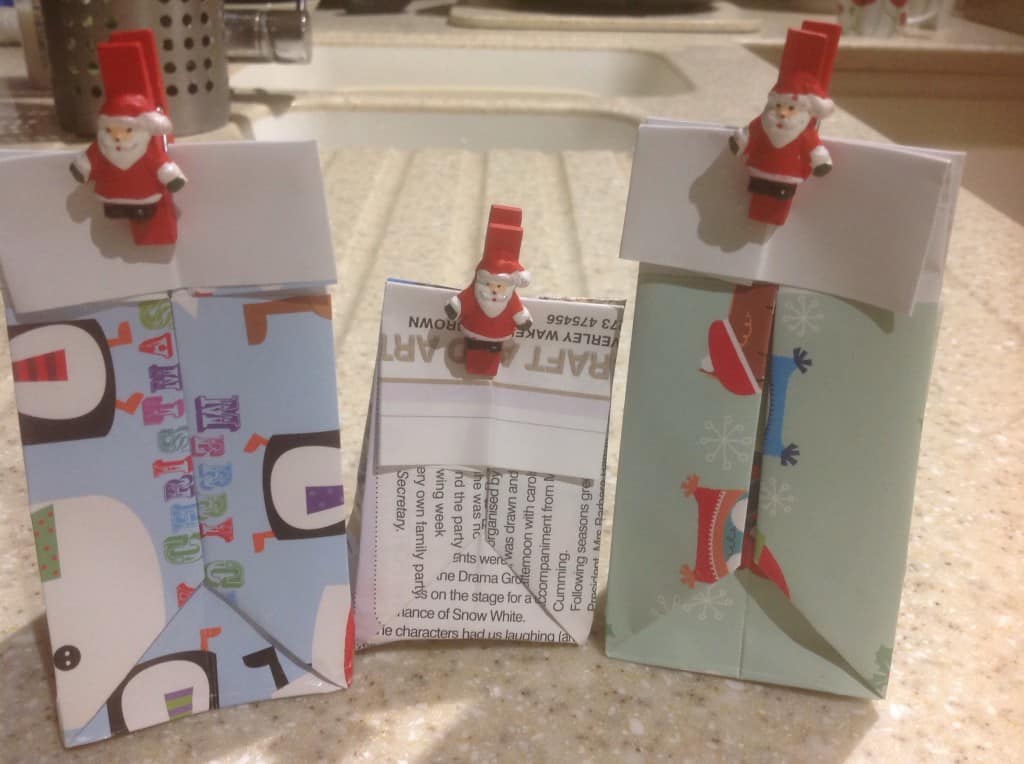 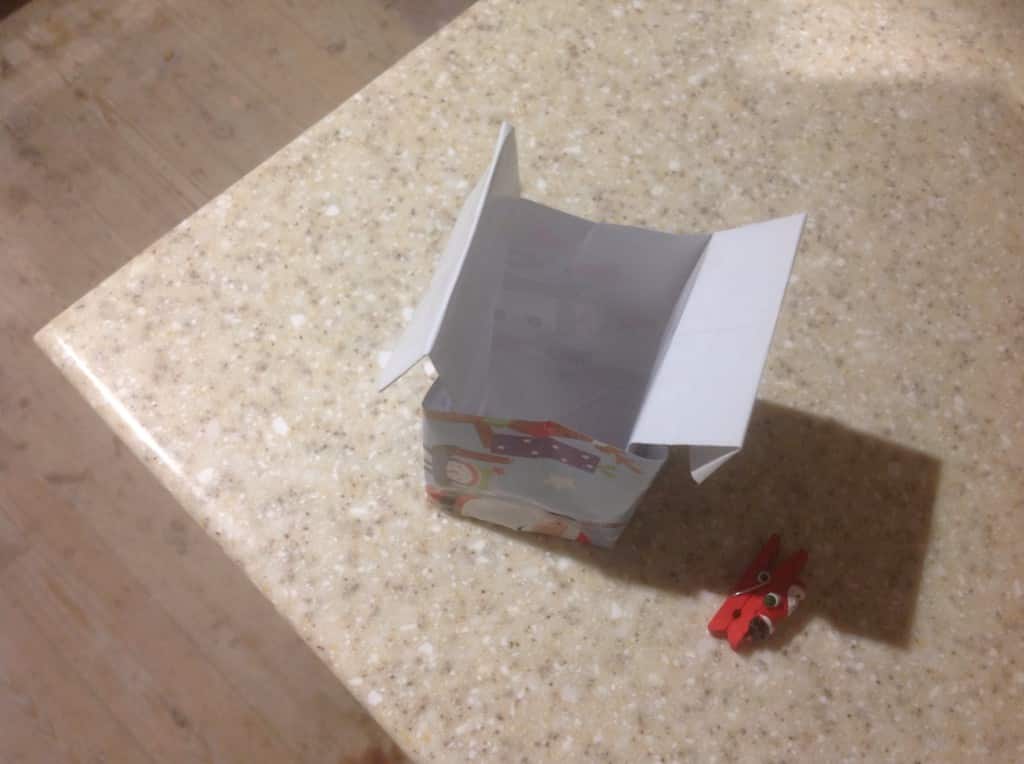 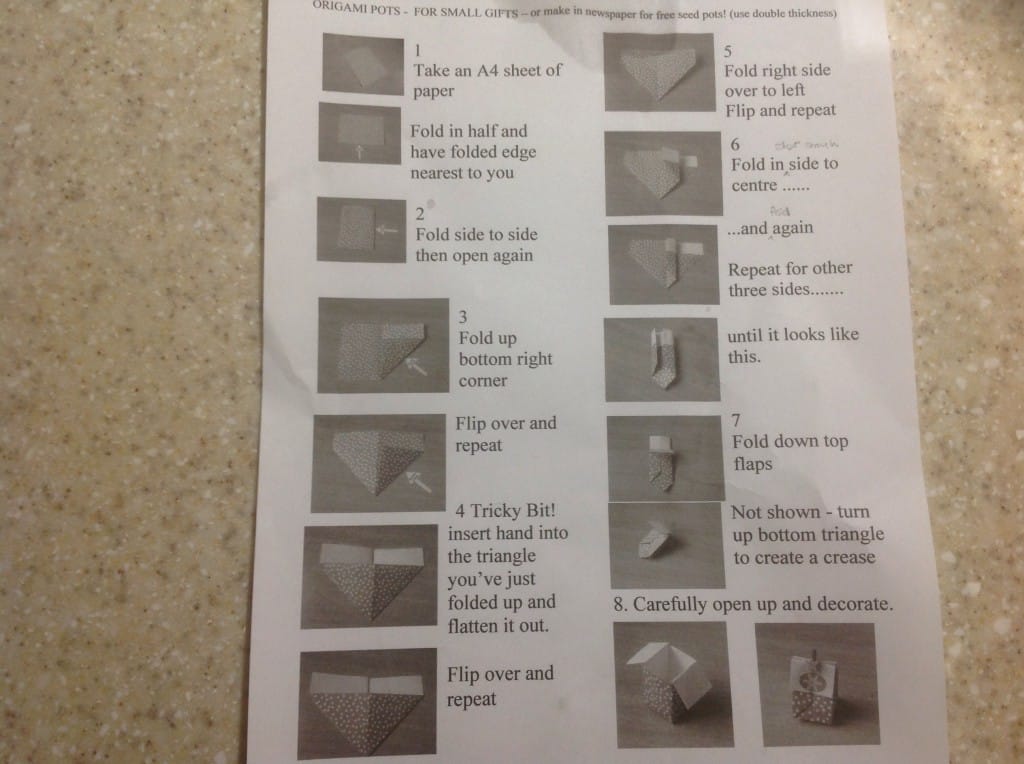 I have tried a couple of recipes this week, but haven’t produced anything I want to pass on. Tomorrow is our garden group Christmas supper and I have to take a main course for 8. So I think I’ll do a vegetable crumble. I was going to do an elaborate pie, but SIL is coming up early to plaster the walls – yay! I provide lunch, so I don’t want to do an elaborate supper dish, and lunch as well. Vegetable crumble is a standard in this house and I won’t have to think too much about it.

The electrician is coming to do some more work on the lighting very soon, and DP was talking about making a start on the flooring next week or the week after! SO exciting!