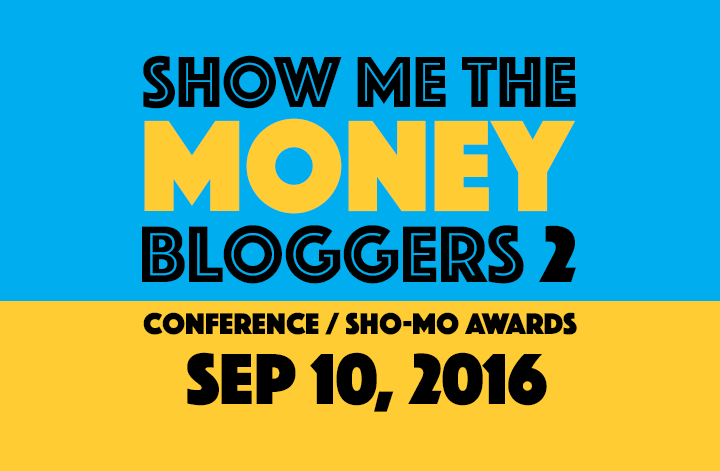 What a fabulous day I had on Saturday. Mike and I stayed overnight on Friday in London so we didn’t have too early a start to go to the SHOMO awards on Saturday held at St Katherines docks. The SHOMOS, which stands for  Show Me The Money, are a gathering of people blogging about money in all kinds of different ways. It’s the 2nd annual conference and award ceremony held to talk about blogging, meet up in real life rather than online, and network.

We had a lovely dinner in the hotel, and the restaurant was very loud and buzzy with Friday night trade. The hotel opposite had a posh celebration of some kind, possibly a wedding, going on,  lots of expensive cars drawing up, tipping out occupants and gliding away again, so we spent some time people watching – we felt right in the thick of things!

On the Saturday, there were presentations and talks all day, interspersed with lots of networking opportunities. I am very fortunate in that I don’t need to make my living from the blog, so I don’t pursue everything that comes my way. But Saturday meant that I met lots of people I have known online for a while, but never met in real life. Nobody was quite as I imagined of course, and I seemed to spend all day squeaking ‘oh, its you!’ at people! One of these was a lady who wants to remain unnamed and blogs over at Eat Not Spend. She creates some great recipes, and I am so jealous of the lovely photos her husband takes, Mike is as likely as not to chop my head off in a picture!

Andy Webb from Be Clever With Your Cash and his team did a really good at organising the whole day. I know how much work goes into these things and from my perspective, everything ran very smoothly.

Tom Church, working with Deepak from Latest Free Stuff spoke about an exciting new venture which will be launching very soon – watch this space!

Faith Archer, who blogs at Much More With Less was up next and has since written a great post on 5 thrifty food bloggers. Nip on over and have a read.

Naomi from Skint Dad spoke about Pinterest and I’ve lots of ideas on how to use that better now.

In my working life, I worked in IT, so I like the techy side of things and there was lots of advice provided throughout the day on how to make a better blog. The fast moving world of tech means that there lots of things I need to learn about. Miss Thrifty for instance told us about SEO, phew, very techy! I picked up lots of new terms there!

Then we broke for lunch which included a mystery box from Approved Food, including a gluten free cake, which I saved for my coeliac brother. I’m a big fan of Approved Food. They sell short dated ambient items that are stonkingly good value. You can’t shop with much of a shopping list as it completely depends on what they have managed to source. So when I do a shop there, I tend to buy lots of whatever it is I find that I want. Last time, it was lots of boxes of my favourite Maggi coconut milk powder, and some Madras curry paste on at 4 for £1. I’ve since used one of those jars and they made an extremely nice curry. Madras is a bit hot for me, so I toned it down with, guess what? Yes, some coconut milk powder! Haha 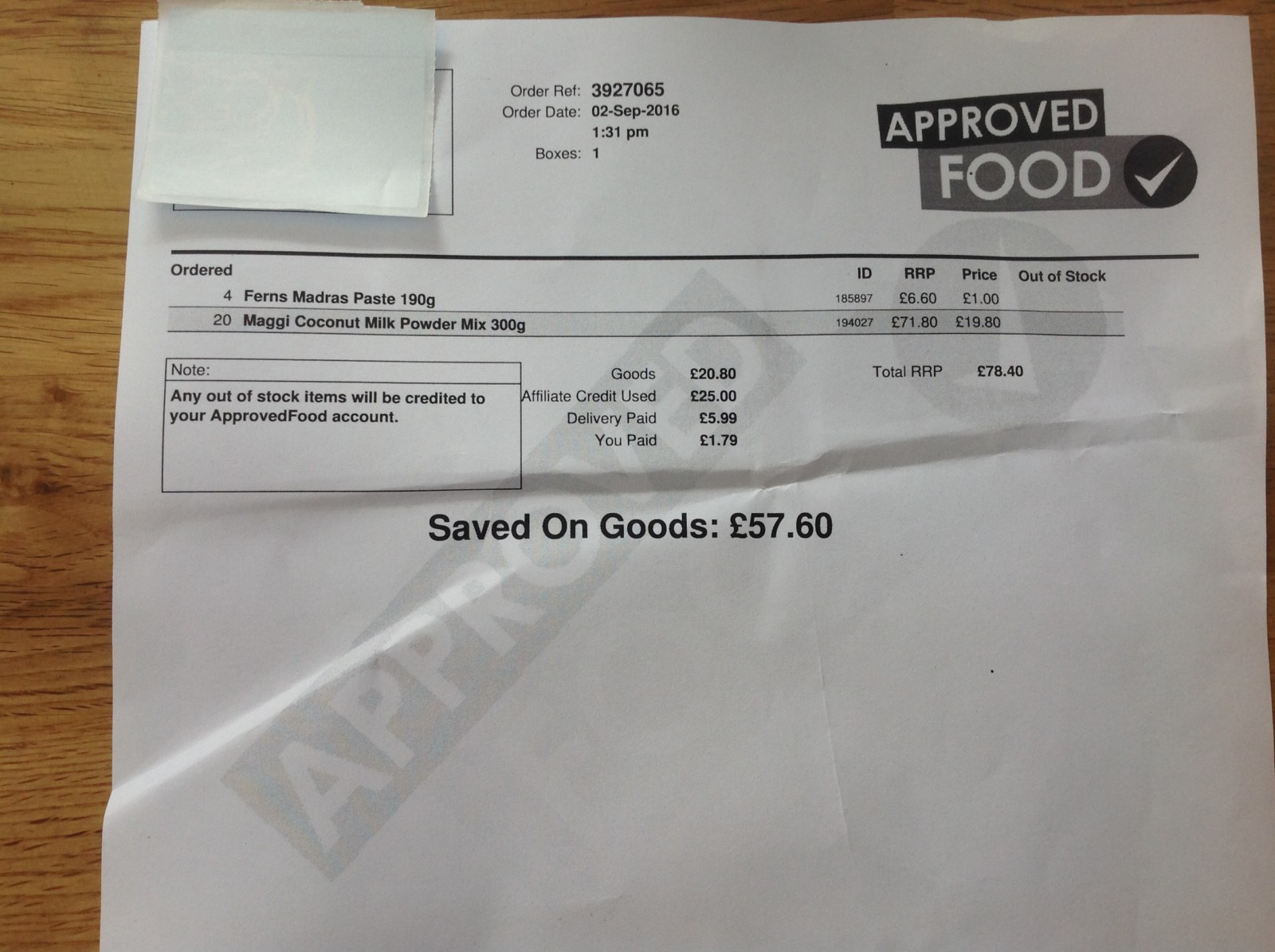 After lunch we had more interesting speakers and we each had a goodie bag that had been organised by Emma Drew from Emma Drew Info. There was some great stuff in there including a Moleskin notebook, I love stationery. As Mike had come, we had a bag each, and I snaffled his notebook too – that’s mine! There was another pretty notebook, also both mine, a selfie stick, a battery thing to carry round and use to charge my phone when its running short – very useful, some biscuits and other munchables and all kinds of other stuff too. It felt a bit like Christmas! 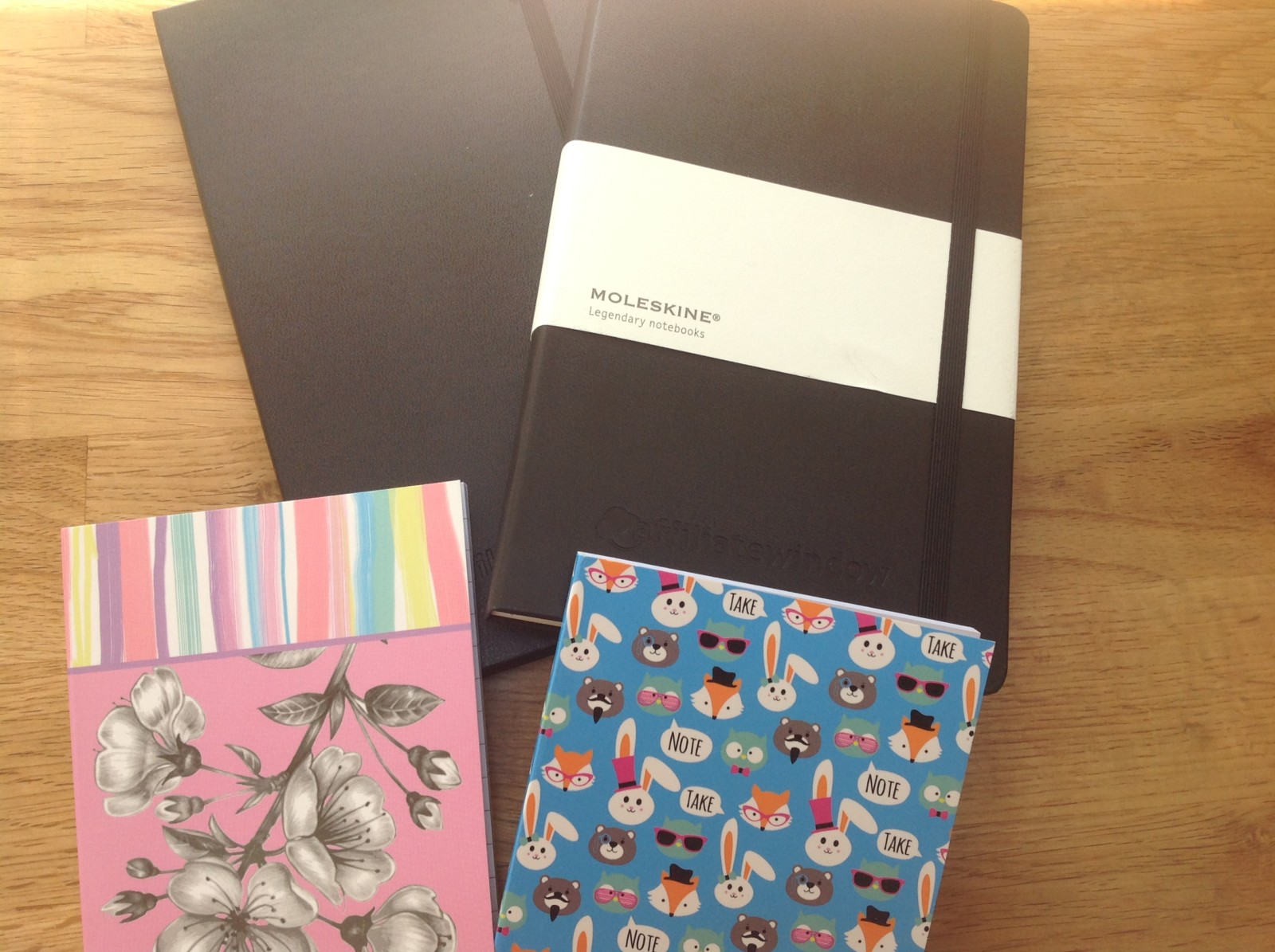 I will be using these to record Very Important Thoughts

I met so many people and had lots of interesting conversations. Mike and I chatted at lunch time with Jack from  Five Year Target , David from Thinking Thrifty who did  make me laugh at his sheer shock and delight when he won Best New Blog, and  the beautiful Kelly from Reduced Grub who won Best Frugal Food Blog.   I want to add everyone as a link, but that wouldn’t really work as a very readable post would it, so apologies to all those I’ve missed. Can’t wait for next year now!

As things were beginning to wind down and people were getting rather tired, Naomi said that something had happened and there were no trains from London Bridge where our specific train ticket was for, nor from Victoria or Charing Cross. What! A slightly panicked cab ride to Cannon Street later, and it was ok, and we actually got home an hour earlier than we had anticipated. Result!

Over the weekend, my router decided to not work, so I’ve had no internet except a very slow gprs connection on my phone. Talktalk, our provider, were very good, and instantly offered to send a new one. That arrived at lunchtime today, so now we have a snazzy and sleek new black one, and I’m back online – hooray. I rely on it so much, its ghastly when it seems like I cant do anything.  I signed up for a trial of the superfast broadband too. That will be going live on the 21st. If it is significantly faster, I shall keep it, even tho it’s more per month, if not, it will be cancelled.