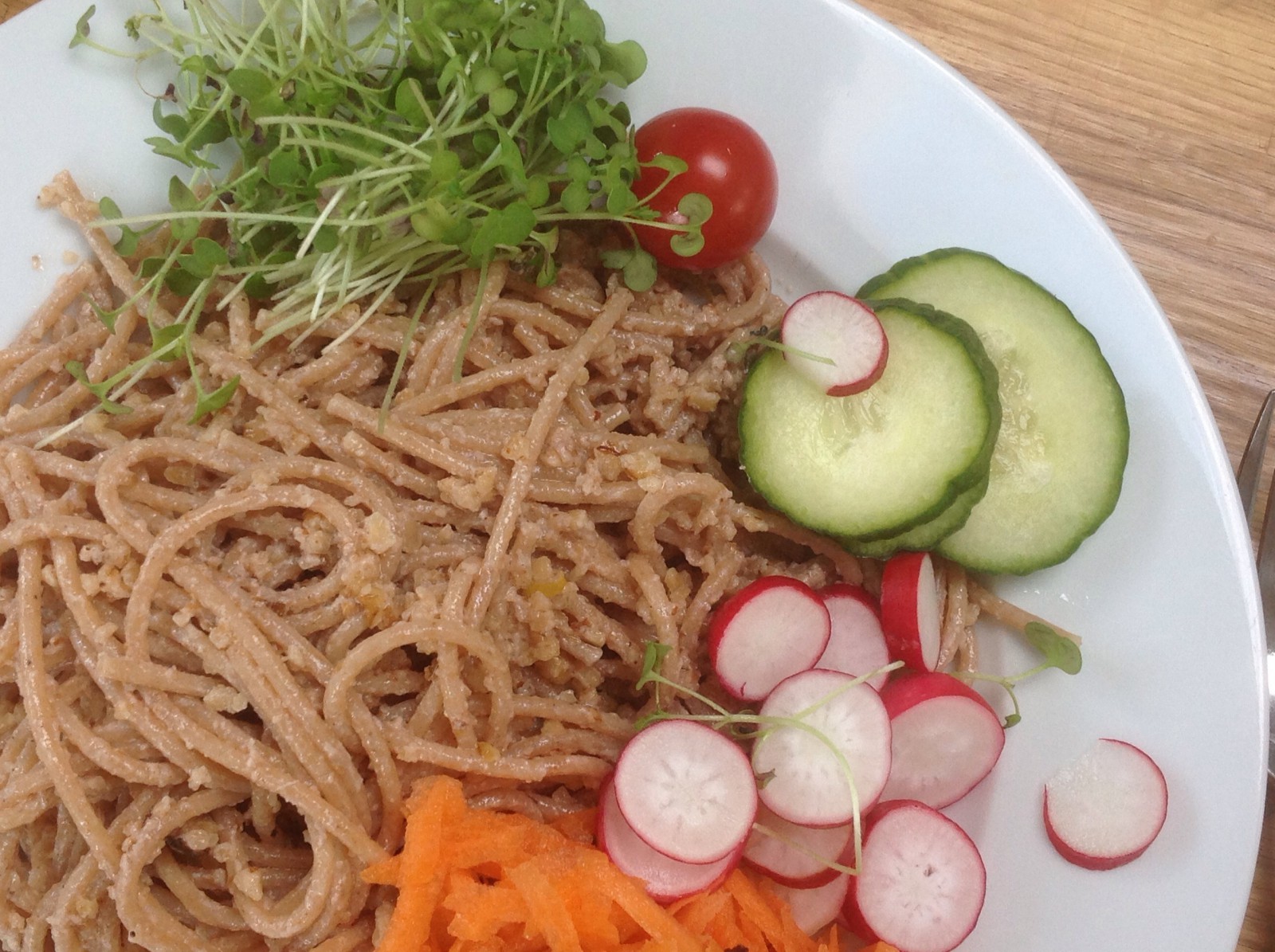 This recipe is from The Silver Spoon, the Italians Mrs Beeton. It has 2000 recipes, mainly 1 paragraph, not many pictures, but lots and lots of little gems. Like this one.

The recipe says to soak the nuts in boiling water for 3 minutes, then drain and rub off the skins I didn’t do this as they didn’t look like they needed it. 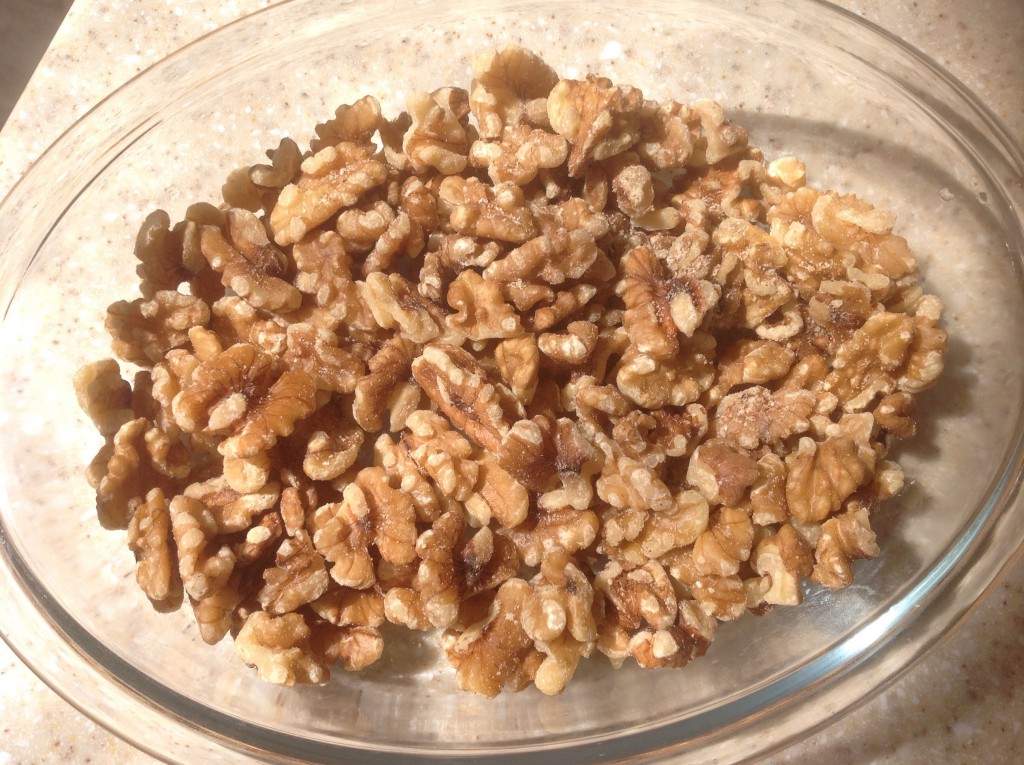 Chop the nuts as fine as you can get them and add the cream, oil, lemon zest and juice, and salt and pepper. I chopped the nuts in the food processor, then mixed in everything else with a spoon, we don’t want to whip the cream. The lemon isn’t in the original recipe, but when I first tasted it,  it lacked something. I had used my best virgin olive oil and that was the  main flavour, not at all what I was after. That is when I thought of adding the lemon zest and juice which cut through the olive oil beautifully. 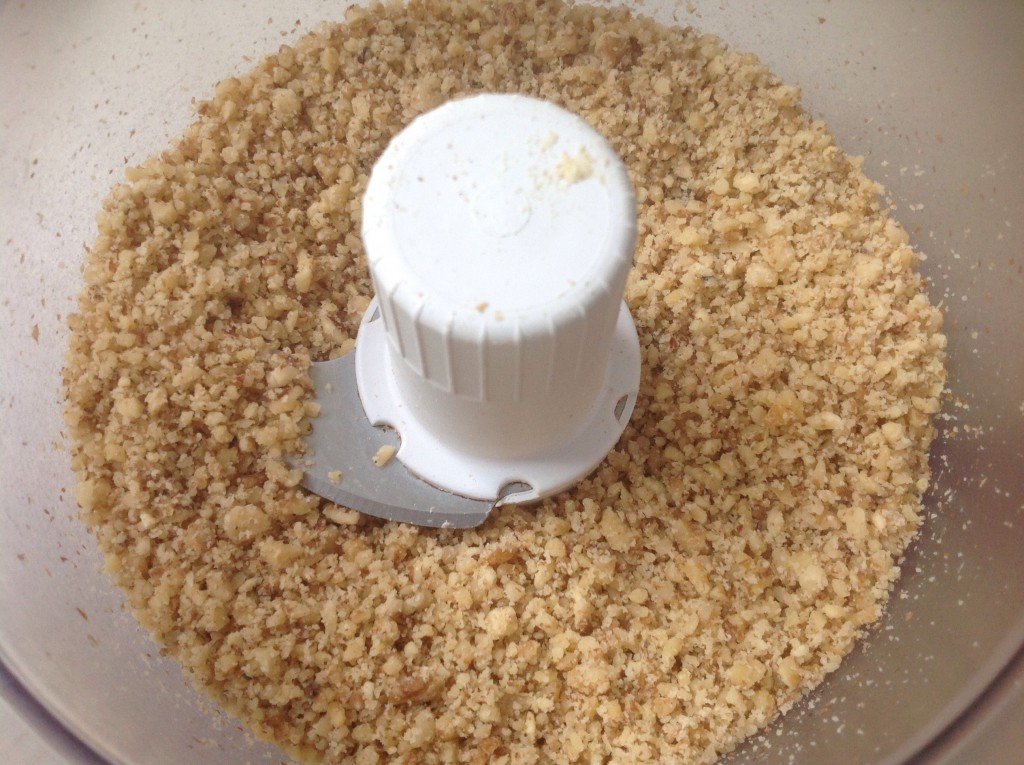 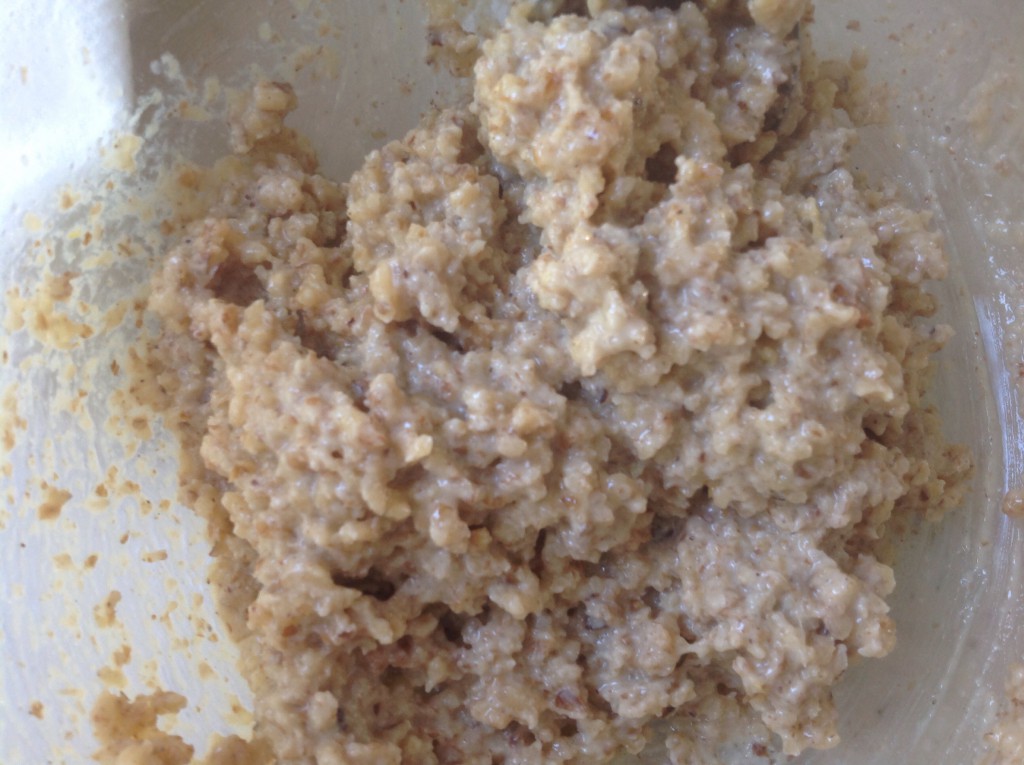 Cook the spaghetti and when done, drain and mix in the Salsa di Noci.  Serve immediately, with a green salad.

We had ours with a big pile of radish from the greenhouse and cucumber, with home grown cress, plus a salad of grated  carrots with a tblsp raisins and the remaining half of lemon squeezed over. Normally with this carrot salad, I would add a splash of olive oil, but there was more than enough oil in the pasta. The lemon juice in the salad worked beautifully with the rich pasta sauce. 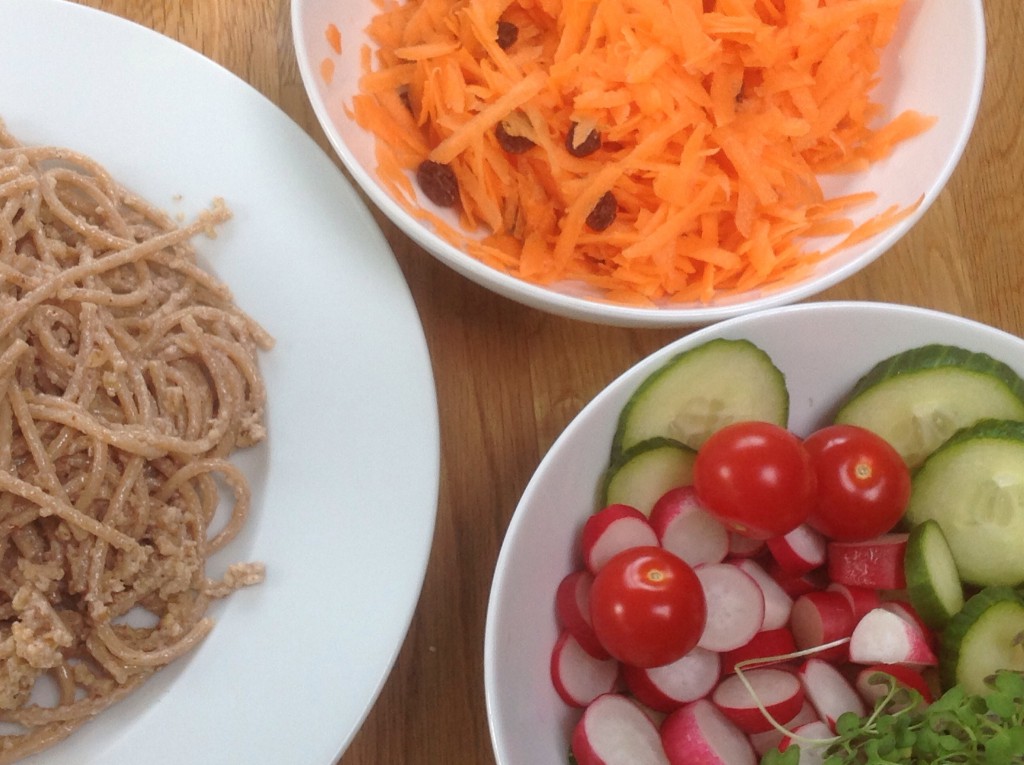 This was lovely. Mild and flavoursome, not bitter at all from the walnut skins. Surprisingly, the walnuts were quite a subtle taste, not as strong as I thought it would be.  It would be delicious too with some rice, or a jacket potato. I could taste the olive oil, although the addition of the lemon juice, it wasn’t dominant, but it would work just as well with ordinary rapeseed oil, which is what I have costed it at here. Olive oil at Aldi is 3 times the price, so if you want to use  that, add another 12p to the total cost of the recipe, it will still be very cheap.

I am not totally convinced the cream is necessary. I was expecting a very creamy tasting sauce, but barely noticed it was there. Next time I would try it without the cream, and more lemon zest and juice. This would also make it vegan if that is of interest.

The Silver Spoon recipe called for 250g walnuts, but the cheapest walnuts per 100g I could find using mySupermarket are from Aldi, and they come in a 200g bag. I’m sure the lack of 50g of walnuts won’t make that much difference to the recipe, so I plumped for that amount.

Walnuts have a distinctive taste and make a lovely pasta sauce, and there are lots of other nuts that would be worth trying for this. Redskin peanuts would be the first option to try, as they are the cheapest nut.  Or even salted peanuts, possibly rinsed a bit first to remove some of the salt. Then I would try English hazelnuts, another distinctive flavour, and one you might be able to forage for in the autumn, making for a very cheap dinner.

Not sure that I would like it with Brazils, but do try it if you think you would like it. Pine nuts would be too mild, their delicate flavour buried beneath the cream and oil, and  expensive too. Chestnuts? Yes, could well work, maybe with a few dried cranberries mixed in. Almonds, ooh yes, bet that would be good. The almonds and redskin peanuts would need to be skinned first, before pulverising. Or you could buy a bag of already ground almonds, or those general chopped nuts in a bag which are almost all peanuts. 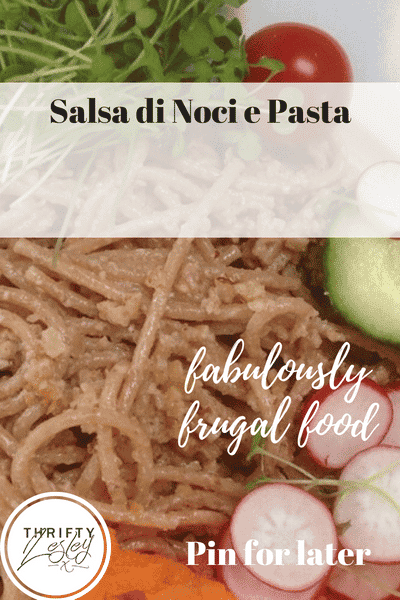