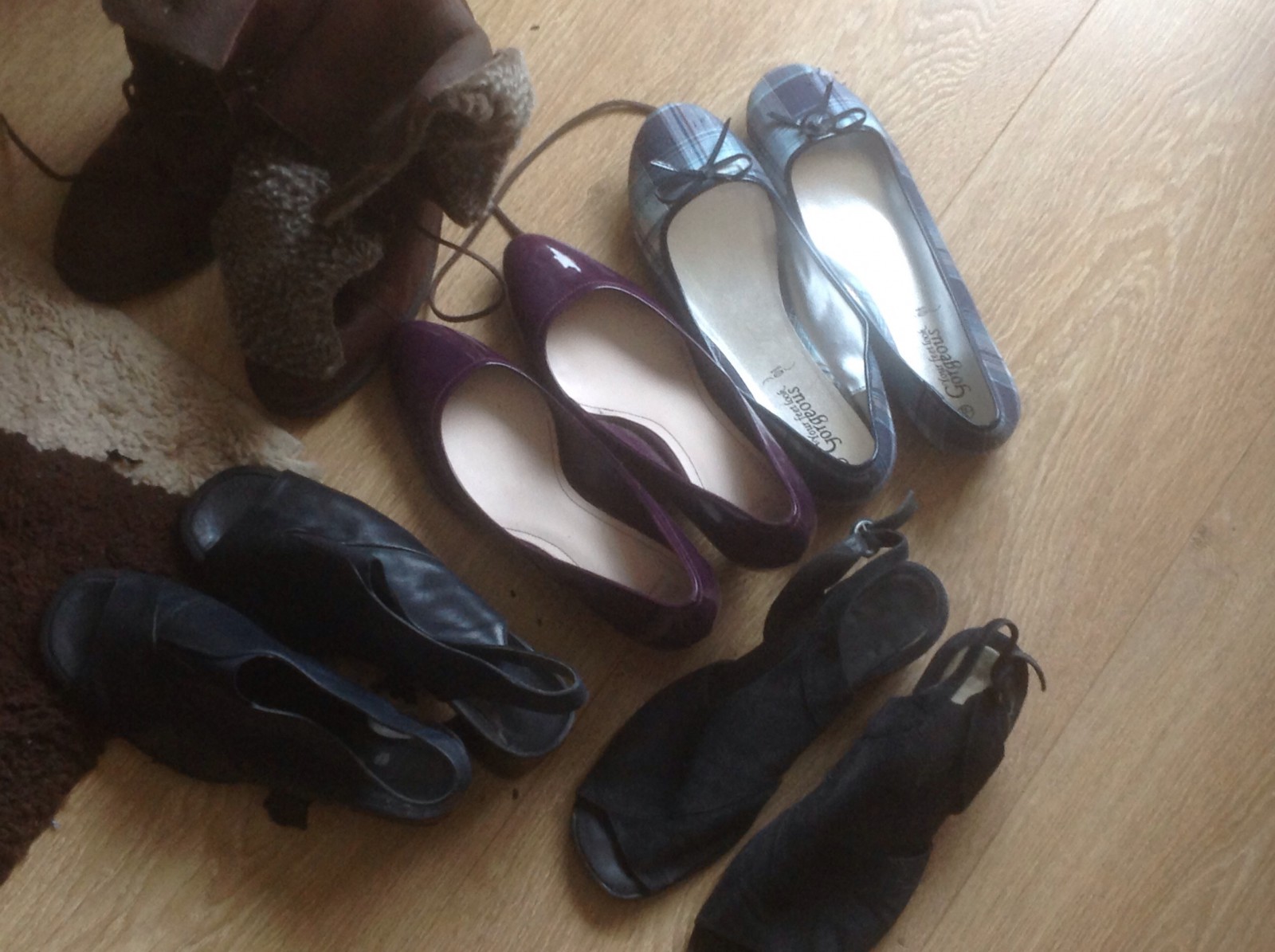 I actually got up in the loft today and sorted out a load of ‘stuff’. I’m trying to concentrate on getting rid of a lot more stuff this month, following Sue’s Reverse Advent challenge.

I found a bag of five pairs of shoes. Why did I put them in the loft? Maybe I had fantasies of wearing them when I had lost enough weight for my feet to be smaller. They all pinch, which is why they aren’t in the wardrobe. So they are off to the charity shop. 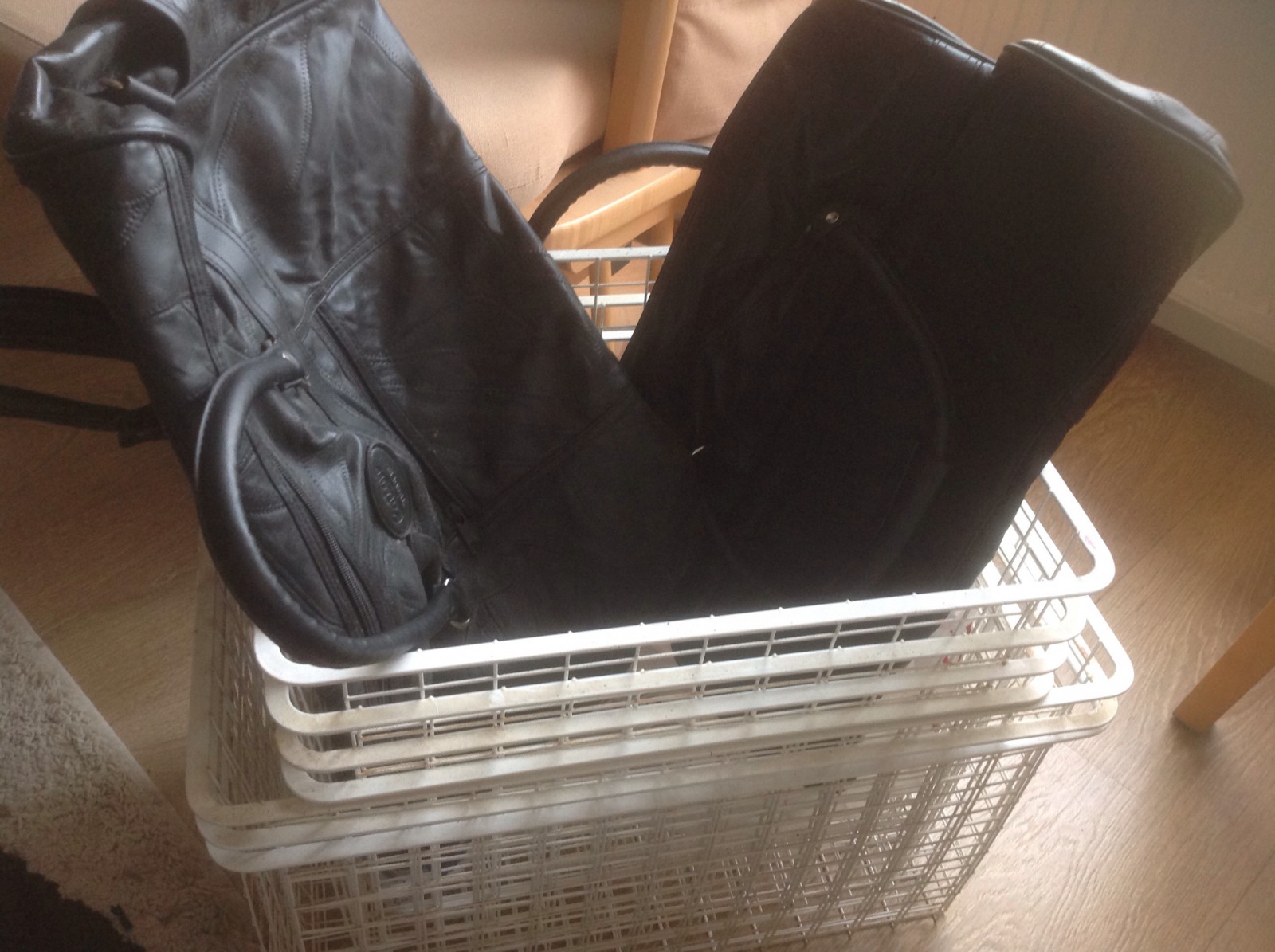 There were a lot of wire baskets that I’ve used for various things over the years, but won’t use again. Mike likes Cotton Traders and has not one, but three free leather hold-all type bags. Not one of them have ever been used, so two of them are off out. I’ll probably sneak the other one out at some time as well.

I sorted through a large cardboard box, getting rid of the box. I thinned out a bag of souvenirs from my 50th birthday. I kept a few birthday cards and put the rest aside. I can get rid of all greetings cards that I don’t want to keep as a farm down the road has a sign up asking for those and jam jars so I take surplus jars there too. There were lots of Polaroid pictures, I shall keep all of those. There were three long banners. One says Happy 50th Birthday, that won’t get used again, so to the charity shop. The other two are more general birthday ones, so they may get used. They have a reprieve. For now.

Two rolls of wood chip paper went in the recycling bin. They were a bit damp to Freecycle. Another, plain, roll has been set aside for DGD to paint and draw on.

There is a HUGE fake orchid in a pot. It did look pretty realistic, but the mice have chewed all the leaves, and I hadn’t put it on display for years. Someone may like it. Similarly a large faux foxglove. I used it for a long time, but I’m tired of it, so that’s off out.

There was a kit to clean whiteboards, DD1 will get that to clean her monthly whiteboard planner.

A pair of speakers. I used those on a computer…. I think. Someone will like them.

I keep the packaging for household items like vacuum cleaners and gadgets in case I need to send them back for repair. Several boxes were for stuff that is so old it won’t get sent anywhere, so they all went.

Tomorrow, I’ll take all the charity shop stuff down to the town and maybe have another go. Although I would like to get the Christmas tree, and Mike is taking about going out for an Indian. Not very appealing right now as we had our Friday coffee group Christmas lunch today and I’m STUFFED. My pud was a prune cheesecake, rum and raisin ice cream, crumb and nut brittle. I have several packs of prunes in the cupboard and have been wondering what they would be like as ice cream or cheesecake. Well judging by my pud today, they would be fab!