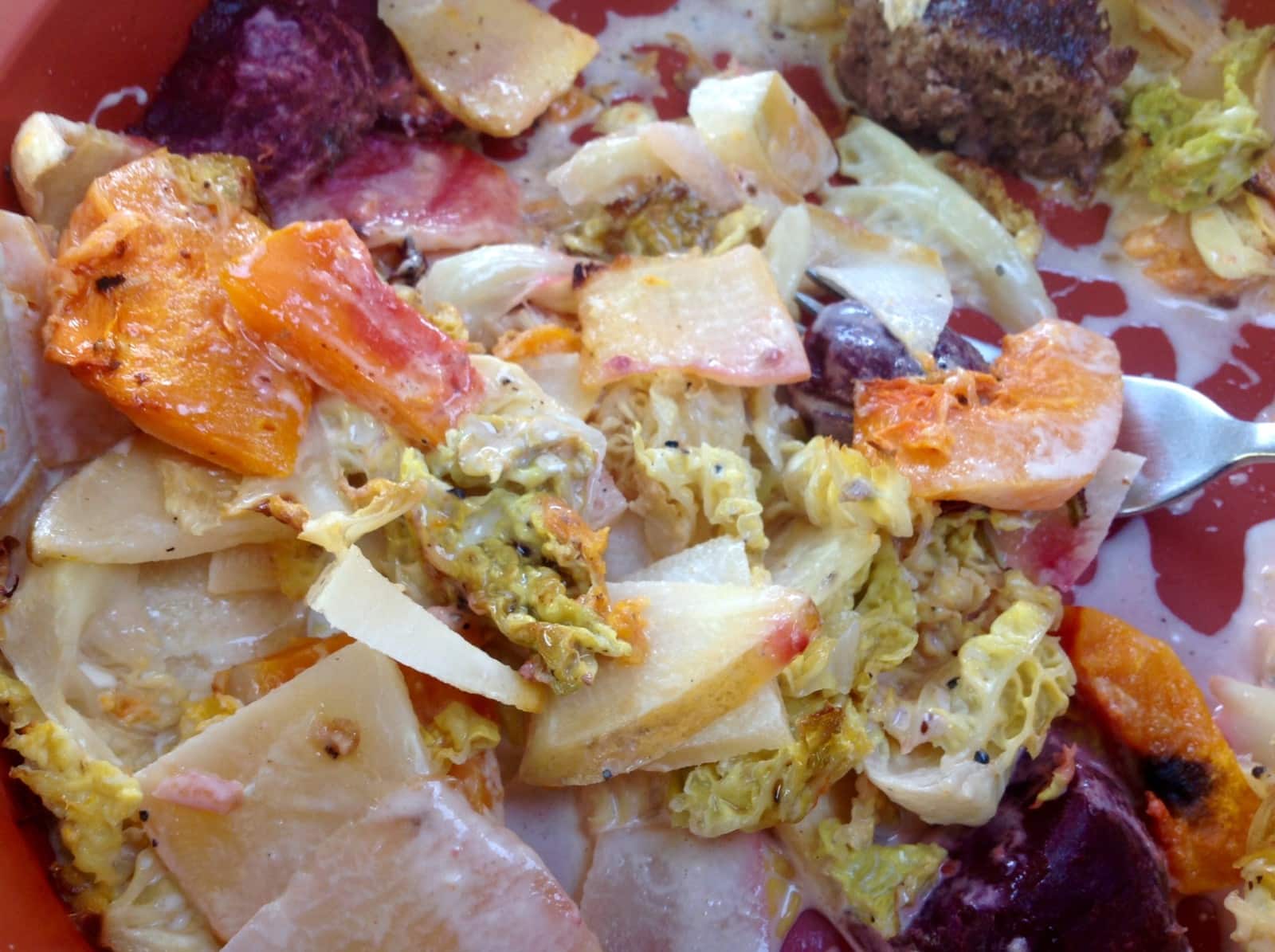 I had this mixed vegetable dauphinoise for lunch yesterday and dinner today. I have only recently had dauphinoise at home for the first time, and I tried it because of the high fat diet I’m on – seemed to be a good fit

The first time, I had just potatoes in the usual way, and it was totally gorgeous. Inspired, I tried a mixed vegetable version, which was also completely lush. I have had several different combinations of vegetables since. This time I had…..

I didn’t peel the swede, just cut off the more knobbly roots bits, then sliced it fine. The squash was peeled and also sliced fine. Shred the cabbage, slice the leafy bits off the stalks, then chop the stalks into very small pieces.

Now season the cream with the garlic, salt and pepper.

Cook the vegetables in the microwave for 5 minutes or on the hob until as soft as you like them. Drain well.

Now mix the cream into the veg and mix well. Put the creamy veg in a shallow dish and bake in a medium oven for about 20 minutes.

The picture shows beetroot as I chucked one in at the last minute, but I haven’t costed it in here.

This is unctuous, creamy (obviously!), deeply savoury, delicious and wonderfully satisfying as a meal, I don’t feel any need at all to have anything else with it. If I did, I would have half of it with a roasted chicken leg, or a lovely bit of steamed salmon. It feels very naughty to be eating it, but I had 5 portions of veg in just one meal, which has got to be a good thing, and personally, the amount of fat isn’t a problem.

This can be eaten as dinner in its entirety, as I did, or use as a side dish with almost anything, in which case it would serve more, number depending on if you have any other veg as well.

Other veg that would be lovely in this include mushrooms, peas, corn, spinach, kale, carrots, potatoes (of course! ) aubergine? not sure about that one, broad beans, runner beans, green beans, broccoli, cauliflower and so on. All of which can be used in any combination that pleases you or you want to use up.

Next time I will add some Pataks Brinjal pickle, it’s my favourite salad dressing mixed in to mayonnaise and yogurt. Some sweet white miso or the dark stuff could be good; or maybe some curry powder or spices; fine chopped rosemary, sage leaves or thyme 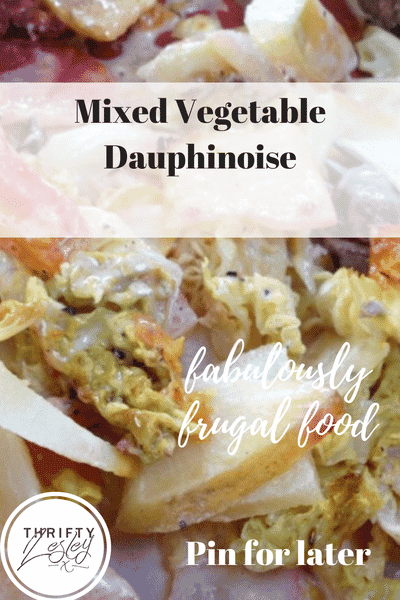