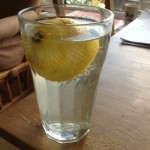 This is something I tried yesterday. I had been playimg about in the kitchen, as I do, and I had the remains of a lemon that I had squeezed out. On impulse, with my hand on the way to the compost bucket, I paused and dropped it into the glass of water I had been drinking and left it there for a couple of hours to see if there was any flavour left in the lemon shell.

After letting it steep, I gave it a good old squeeze and tasted the water. It had a delicious lemony tang, not bitter from the pith at all, which was my fear. I tried the same lemon carcass again today, but it was just bitter, but next time I think I’ll pop the carcass into a jug rather than a glass (the glass is 750ml, so quite big anyway) to get that bit more from it.

So a lovely refreshing drink, from something that was going to be thrown away – result 🙂 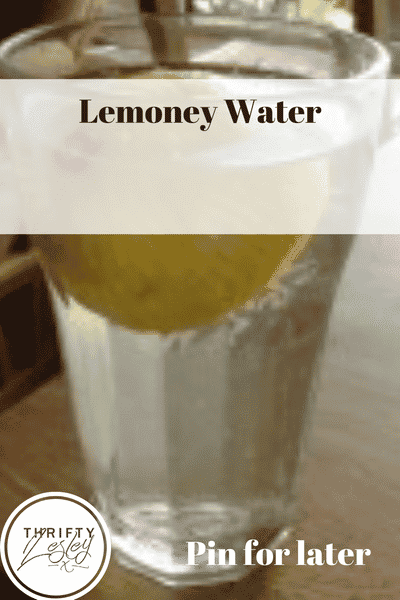