Edit: How extremely annoying. I posted this last night and WordPress for some reason decided to chop it off right at the beginning, and I can’t access the Revision copies either. So I’ve had to re-write what I could remember. Goodness knows what you thought I was up to!

Thought I’d share what we are hoping to achieve in our new space. The plans are those drawn up by the Wickes designer, so they are an artists impression sort of thing

This is the floor plan of the existing space, and the new space, laid out with the new configuration. The lovely oak table that DP made will go in the new part along the right hand side, and the sofa currently squished into the 2nd bedroom used as an office, along the left hand side

The bottom left hand corner shows the enormous walkin larder, beside that is a pullout 300mm unit. There are no wall cupboards, but there is more storage than at present 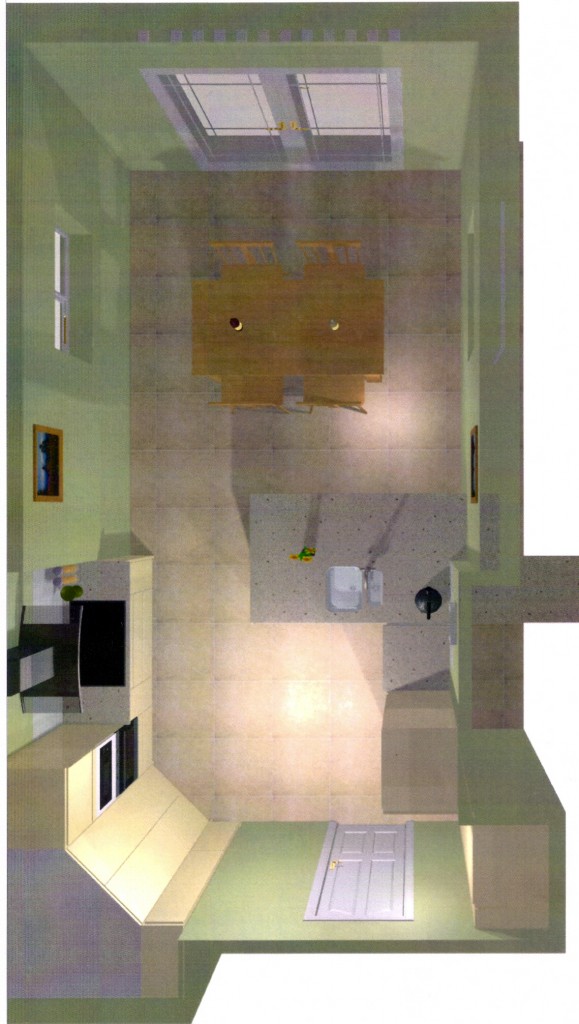 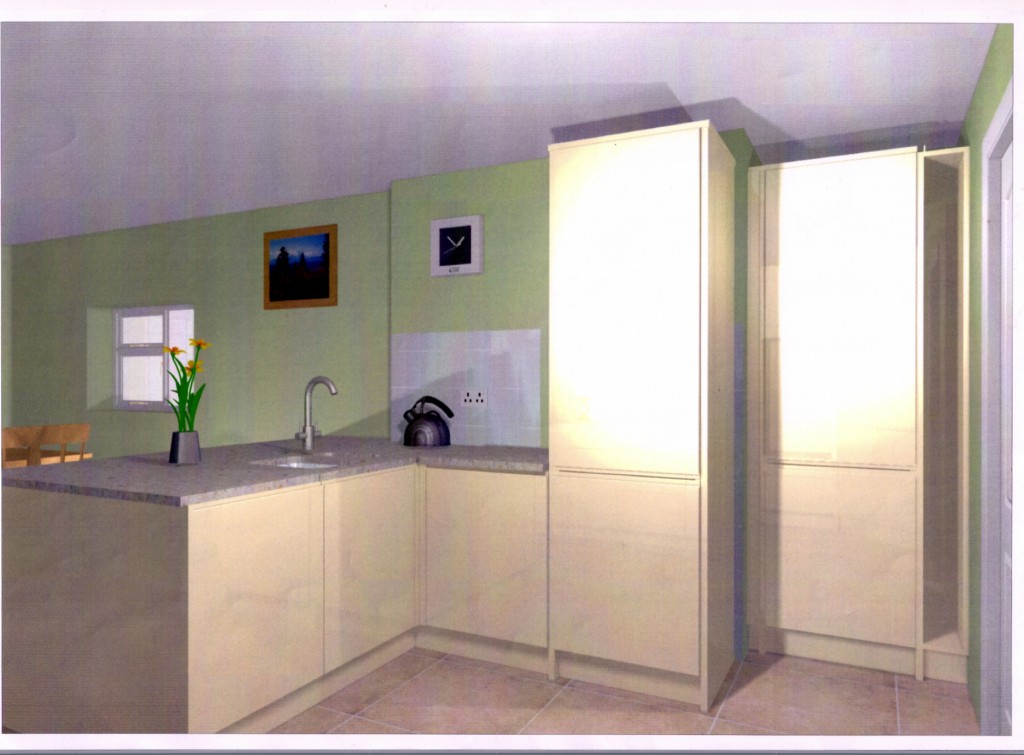 The island from the dining side. I am hoping to hide the washing machine behind the unit door on the left hand side 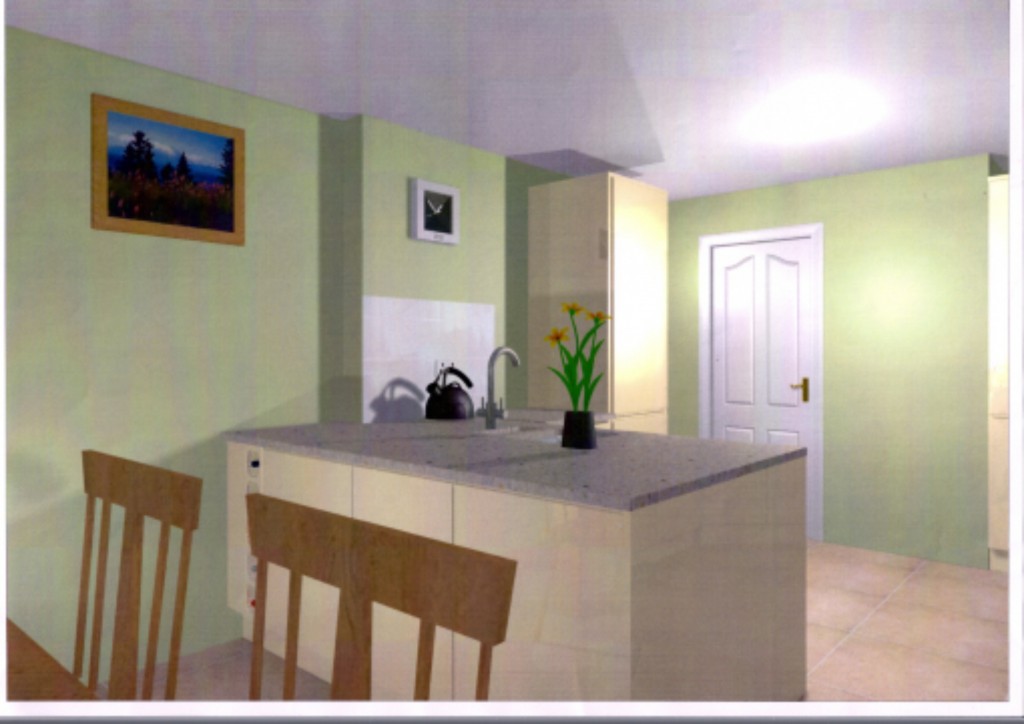 I am hoping to replace the existing oven with a steam oven and an induction hob. The existing combi microwave is at least 25 years old and the combi part is unreliable, switching itself off when it feels like it. So I would like to replace that as well.

Our existing range cooker was bought when we moved here 8 years ago. I feel extravagant changing it to something else but don’t want to compromise as I do with so many other things.

The tower arrangement was something the designer came up with. I had made a compromise for the combi but wasn’t very happy with it, and there was no tower. I like this design, and although it means we will lose some worktop, leaving just 300mm each side of the hob, the very large new part where the sink is will make up for it. And there is enough by the hob for taking pots out of the oven and moving pots around from the hob. That new part is about 1200x1800mm, so lovely and big. The challenge I will now have is to stop DP piling it with tool and bits and pieces! 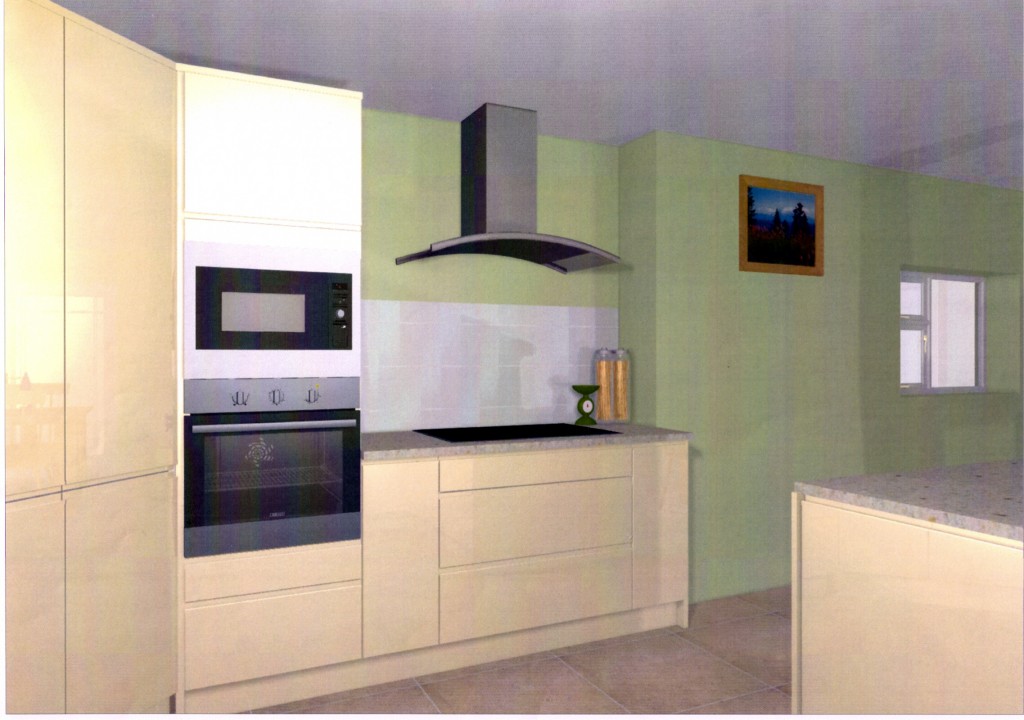 I was doing some research online for pricing Corian worktops and finding places that will do it at half the price of Wickes, which makes it much more affordable. Still not cheap of course, but much more of an acceptable price.

All of the units will need to be in place before the worktop people can come and make a template. The units have a delivery time of about 4 weeks, then the worktop people take several weeks after that. The hob and sink have to be disconnected when they measure up, so it’s a bit like a jigsaw, but we think we know how we are going to do things before everything is fitted together.