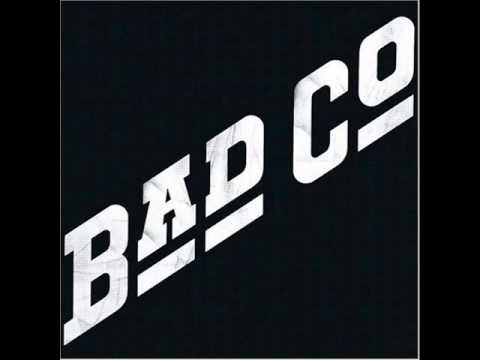 Well that’s another week that disappeared rapidly – how fast the time goes! I enjoyed some good company all this week, and I’m looking forward to some more next week, as well some very bad company too.

On Monday, I asked a local garden nursery owner around to have a look at part of the back garden. We have lived here for almost 10 years now and the trees on the boundary, in next doors garden, have got bigger and are shading our small garden more and more. This has impacted on what I can grow and the middle part, which is the decorative bit, I just can’t seem to get right. I’ve put numerous things in there, and although they grow and thrive in the front, which is north facing, they refuse to grow in the shaded back, so frustrating. So I asked this chap for a bit of advice. He will be coming back to me with a planting plan and I hope it will be as successful as the one I had done for the front. Can’t wait to see what he suggests.

On Tuesday it was our general U3A meeting. I had a lovely time chatting with various people I have come to know through going, and then we had a speaker. She had come to talk to us about her early life in the Raj. It was very interesting, if a little disjointed, and she described herself as a story teller too. She displayed a magnificent quilt that had been presented to her parents when they left India, it was stunning. She also showed photos of the house they lived in and the staff, there were 50 or 60 staff, a different life to any I have known! Afterwards, I had a little browse on the book stall and came away with 3 for the huge sum of 75p. I rounded it up to £1!

Wednesday saw the WI book group. We read A Tree Grows In Brooklyn this month. It is the story of Francie and her family as they deal with extreme poverty in the late 1800’s. It is a classic and I enjoyed it hugely. I have read it before, many many years ago, but didn’t remember any of it.

This how Amazon describes it

Francie Nolan, avid reader, penny candy connoisseur and adroit observer of human nature, has much to ponder in colourful, turn-of-the-century Brooklyn. She grows up with a sweet, tragic father, a severely realistic mother and an aunt who gives her love too freely–to men and a brother who will always be the favoured child. Francie learns early the meaning of hunger and the value of a penny. She is her father’s child–romantic and hungry for beauty. But she is her mother’s child, too–deeply practical and in constant need of truth. Like the Tree of Heaven that grows out of cement or through cellar gratings, resourceful Francie struggles against all odds to survive and thrive. Betty Smith’s poignant, honest novel created a big stir when it was first published more than 50 years ago. Her frank writing about life’s squalor was alarming to some of the more genteel society, but the book’s humour and pathos ensured its place in the realm of classics–and in the hearts of readers, young and old. (Ages 10 and up)

Thursday saw a U3A science group meeting and book group. Or, at least, I thought it was science group. But when I turned up, I was told it had been cancelled this month. Oh well, an unexpected morning free!

Friday I was due to go to coffee with the girls, but Mike wanted to go out, so we walked the Bexhill nature reserve again. I had some smoked haddock and a boiled egg mixed together in some cream cheese on a slice of home made granary toast for breakfast. It was delicious, and very filling, and by the time we got to the pub for lunch, I just wasn’t hungry. And more than that, I actively didn’t want anything. I ordered some tomato soup, with rosemary, because I sort of felt awakward not ordering anything. It was really good, and I wouldn’t have thought of putting rosemary in tomato soup, so that’s one for the memory banks. But I really didn’t want it, so I toyed with it until Mike had finished his wonderfully deep flavoured Boeuf Borgignon, then he had my soup as well.

Yesterday we went for an Indian at the Shiplu in Bexhill with my younger daughter, her husband, and a couple that Mike has known since his boyhood. A nice relaxed and convivial evening. I had some of the leftovers for lunch today (of course we had a doggy bag) and Mike has saved his for this evening.

We didn’t get to bed until really late, so I’ve been pretty tired today. Mike wanted to go on another walk, and I wanted to go up to the RHS gardens at Wisley to see the autumnal colours, but we didn’t do either. I’m not great with late nights these days.

I’ve just had some toast with bacon and ketchup paste, a handful of cherry tomatoes from the greenhouse and a sliced Fiesta apple from the garden. Delicious

I’ve also just been planning my week. It’s another busy one. Monday I’m going to a new WI group that is singing. There isn’t teacher, so we’ll see what it’s like. Tuesday is lunch out with a couple of friends. The pub is about a mile and a half away, so I’ll walk there and back, get some steps in for the day.

It’s garden group on Wednesday, Thursday is free and Friday is coffee with the girls and the monthly WI lunch club.

And on Saturday!  we’ve tickets to see Bad Company at the O2 – woohoo! Although I lived through the time of some really great bands, because of my life circumstances, I didn’t get to see any of them. I have always loved Paul Rodgers voice, and Bad Co. is one of the bands I listened to all the time.

A couple of new recipes

As part of planning my week, I’ve been doing a meal plan. Every now and then, a company selling spices sends me an email. I never buy anything as their products are very expensive. This time, they included a recipe for sag aloo. I’ve tried a couple of versions before, and not really been that happy with them. So, as this is an Indian firm, I thought their version might be more what I’m trying to achieve. So that on the plan. Along with using some paneer that I made. It’s the first time I’ve made it. The first pan, I burnt the milk, even tho it was a non-stick pan. The second time, I put it on so low a heat that it took a couple of hours to heat, and still had some caramelisation on the bottom. So next time, I shall heat the milk in the microwave. Even so, I have some lovely paneer in the fridge. And from the second batch, I have a huge bowl of whey too. Being the tightwad that I am, I was reluctant to just throw it away and googled what I could do with it. It’s actually a very nutritious thing and I’m glad I kept it. There is currently a batch of bread proving in the kitchen and the remainder of the whey is in the fridge. I’ll let you know how it all goes and write a proper post on paneer making.