Good books that I’ve been reading

Good books that I’ve been reading 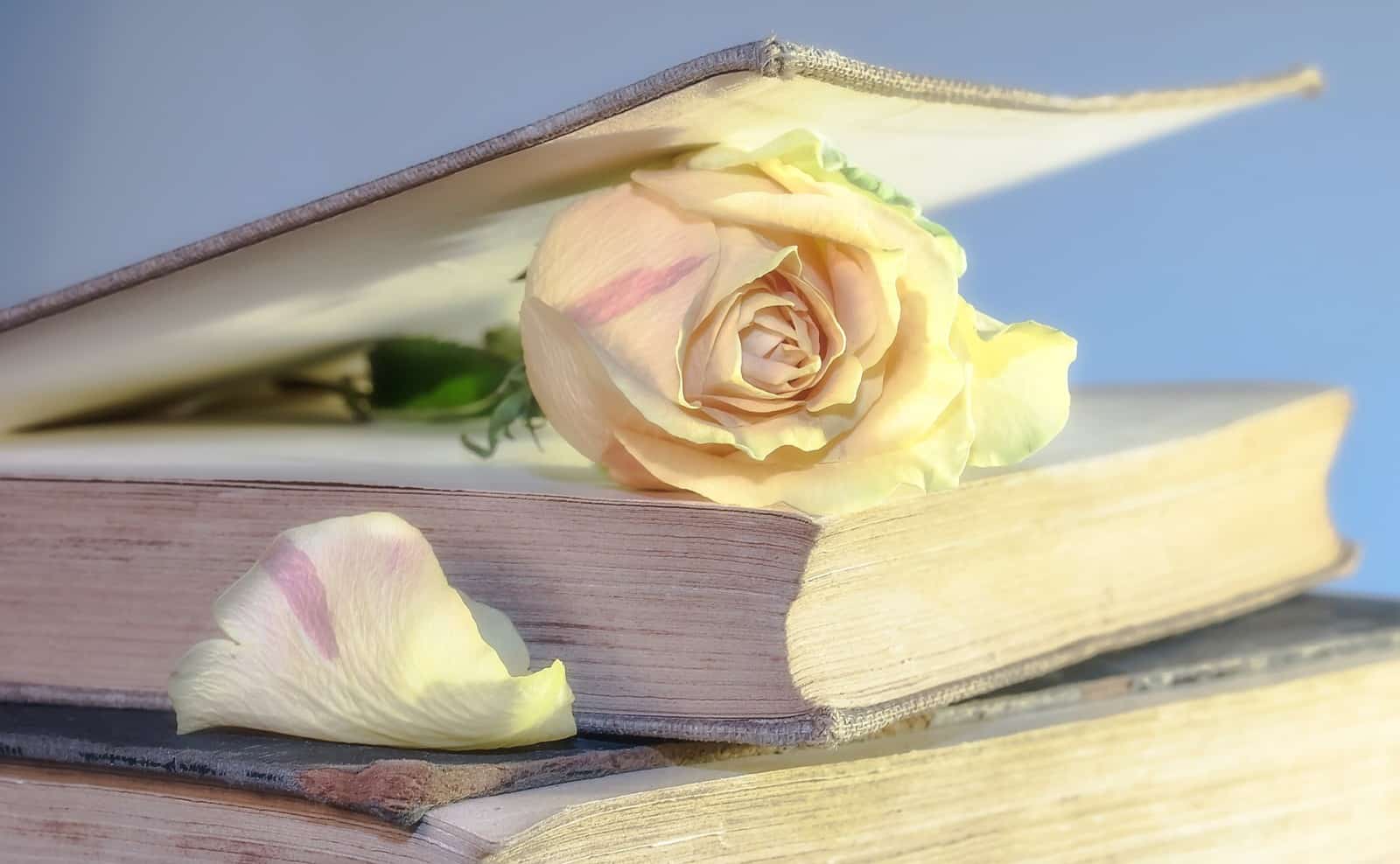 I haven’t done a review of good books I’ve read and am reading for ages, so I thought I’d do a few today. I have read many other books, these are just some of the more recent ones.

The Tattooist of Auschwitz

I belong to 2 book clubs. One with the U3A that I’m a member of and one with the WI I go to. This month, the U3A group read The Tattooist of Auschwitz. If I was reading it as a pure novel, I would have found it a little predictable and not particularly interesting. However, this was a based on the true story of Lale Sokolov, who is forced to tattoo numbers on his fellow concentration camp detainees’ arms. That ‘based on’ is relevant in that I’m not sure how much is true and how much novelised, but it did make me think a LOT more about the protagonists and their outcome and made it all more poignant and horrifying.

The book group discussed this book today. The consensus was that the book was a light read in spite of its subject matter and read more like a screenplay than a novel

Amazon – For readers of Schindler’s List, The Man Who Broke into Auschwitz and The Boy in the Striped Pyjamas comes a heart-breaking story of the very best of humanity in the very worst of circumstances.

I tattooed a number on her arm. She tattooed her name on my heart.

In 1942, Lale Sokolov arrived in Auschwitz-Birkenau. He was given the job of tattooing the prisoners marked for survival – scratching numbers into his fellow victims’ arms in indelible ink to create what would become one of the most potent symbols of the Holocaust.

Waiting in line to be tattooed, terrified and shaking, was a young girl. For Lale – a dandy, a jack-the-lad, a bit of a chancer – it was love at first sight. And he was determined not only to survive himself, but to ensure this woman, Gita, did, too.

So begins one of the most life-affirming, courageous, unforgettable and human stories of the Holocaust: the love story of the tattooist of Auschwitz.

In the WI book group, we read My Cousin Rachel this month. I hadn’t read this book before and enjoyed it a lot more than the book group re-read of Rebecca, by the same author,  which I’d found very dated.

This book is a little of it’s time, but raised several feminist and social themes for me. For instance, would Rachel have been the woman she was if the society of the time had not made her utterly dependent on men or if she was of independent means? Was Ambrose paternalistic and what about the whole issue of primogeniture where the first born boy inherits everything.

If you read this book, and there is a foreword in the edition you read, I would advise to read it after you’ve finished it. I read it before, and not having read the book before, the foreword gave away every plot point which was disappointing

Amazon says – This special edition contains a foreword by the film’s director and screenwriter, Roger Michell Orphaned at an early age, Philip Ashley is raised by his benevolent cousin, Ambrose. Resolutely single, Ambrose delights in making Philip his heir, knowing he will treasure his beautiful Cornish estate. But Philip’s world is shattered when Ambrose sets off on a trip to Florence. There he falls in love and marries – and then dies suddenly in suspicious circumstances. Before long, the new widow – Philip’s cousin Rachel – arrives in England. Despite himself, Philip is drawn to this beautiful, mysterious woman. But could she have caused Ambrose’s death?

I have been having a pretty bad period of insomnia for the last couple of months. Nights where I don’t get any sleep at all until 5 or 6am, when I can grab an hour or two. Partly because of that, I bought this next book, Why We Sleep. I’m still in the midst of reading it. So far, I’m finding it interesting stuff. It’s written by a neurologist, and he really knows what he’s talking about.  I’ve learned several new things, including just how important proper sleep is, right down to the amount of sleep babies and teenagers get and their resultant brain development. Missing important sleep phases can have permanent effects.

If you’re prone to burning the candle at both ends, this book might make you rethink.

Sleep is one of the most important aspects of our life, health and longevity and yet it is increasingly neglected in twenty-first-century society, with devastating consequences: every major disease in the developed world – Alzheimer’s, cancer, obesity, diabetes – has very strong causal links to deficient sleep.

In this book, the first of its kind written by a scientific expert, Professor Matthew Walker explores twenty years of cutting-edge research to solve the mystery of why sleep matters. Looking at creatures from across the animal kingdom as well as major human studies, Why We Sleep delves into everything from what really happens during REM sleep to how caffeine and alcohol affect sleep and why our sleep patterns change across a lifetime, transforming our appreciation of the extraordinary phenomenon that safeguards our existence.

‘Passionate, urgent . . . it had a powerful effect on me’ Observer

This Is Going To Hurt: Secret Diaries Of A Junior Doctor

This was fascinating, and not a little scary. I am pretty apprehensive about the thought of having life and death decisions made for me by a massively sleep deprived, potentially very inexperienced, doctor.

Welcome to the life of a junior doctor: 97-hour weeks, life and death decisions, a constant tsunami of bodily fluids, and the hospital parking meter earns more than you.

Scribbled in secret after endless days, sleepless nights and missed weekends, Adam Kay’s This is Going to Hurt provides a no-holds-barred account of his time on the NHS front line. Hilarious, horrifying and heartbreaking, this diary is everything you wanted to know – and more than a few things you didn’t – about life on and off the hospital ward.

This was added to my overly extensive cook book collection when a friend pointed it out. Niki starts with a base recipe, then takes it in all kinds of different directions, giving recipe suggestions all the while. I’m reading it from end to end, like a novel and loving it. It’s the way I think about food – OK, I’ve made this rather nice thing, what else could I do to it to make it different

Do you feel you that you follow recipes slavishly without understanding how they actually work? Would you like to feel freer to adapt, to experiment, to play with flavours?

Niki Segnit, author of the landmark book The Flavour Thesaurus, gives you the tools to do just that. Lateral Cooking is organised into 77 ‘starting-point’ recipes, reducing the phenomenal variety of world cuisine down to its bare essentials – and then building it back up again. So, under ‘Bread’, we learn that flatbreads, oatcakes, buckwheat noodles, chapattis and tortillas are all variations on one theme. A few simple tweaks and you can make soda bread, scones or cobbler. And so on, through breads and batters, broths, stews and dals, one dish leading to another.

Lateral Cooking is as inspirational and entertaining a read as it is a practical guide. Once you have the hang of each starting point, a wealth of flavour possibilities awaits, each related in Niki’s signature combination of culinary science, history, chefs’ wisdom and personal anecdote. You will realise that recipes that you had thought were outside of your experience are reassuringly similar to things you’ve made a dozen times before. It will give you the confidence to experiment with flavour, and adapt with the seasons or the contents of your fridge. You will, in short, learn to cook ‘by heart’- and that’s where the fun really begins.

This one was a direct result of getting the previous book. I liked Niki’s style so much, I wanted this one too which is her first book. It’s equally as fascinating in a completely different way. Again, I’m reading to from beginning to end, making lots of notes of things I want to make and combinations I want to try

I wouldn’t necessarily have thought of pairing thin sliced rounds of sweet red onion slices and oranges for instance for a fresh salad.

And how about watermelon and pork? Watermelon pickle and crispy pork as an appetiser, ooh, yes please.

But still, cauliflower and chocolate! I think I might simply try a mouthful of cooked cauliflower and another of raw cauliflower, with a tiny bit of chocolate and see if I like the taste. If I do, I’ll come up with a recipe or two for it.

Ever wondered why one flavour works with another? Or lacked inspiration for what to do with a bundle of beetroot? The Flavour Thesaurus is the first book to examine what goes with what, pair by pair. The book is divided into flavour themes including Meaty, Cheesy, Woodland and Floral Fruity. Within these sections it follows the form of Roget’s Thesaurus, listing 99 popular ingredients alphabetically, and for each one suggesting flavour matchings that range from the classic to the bizarre. You can expect to find traditional pairings such as pork & apple, lamb & apricot, and cucumber & dill; contemporary favourites like chocolate & chilli, and goat’s cheese & beetroot; and interesting but unlikely-sounding couples including black pudding & chocolate, lemon & beef, blueberry & mushroom, and watermelon & oyster. There are nearly a thousand entries in all, with 200 recipes and suggestions embedded in the text. Beautifully packaged, The Flavour Thesaurus is not only a highly useful, and covetable, reference book for cooking – it might keep you up at night reading.

Wondering what to read next? Here are some books I've been reading lately, and enjoyed Click To Tweet