Ever tried cooking your muesli?

Ever tried cooking your muesli? 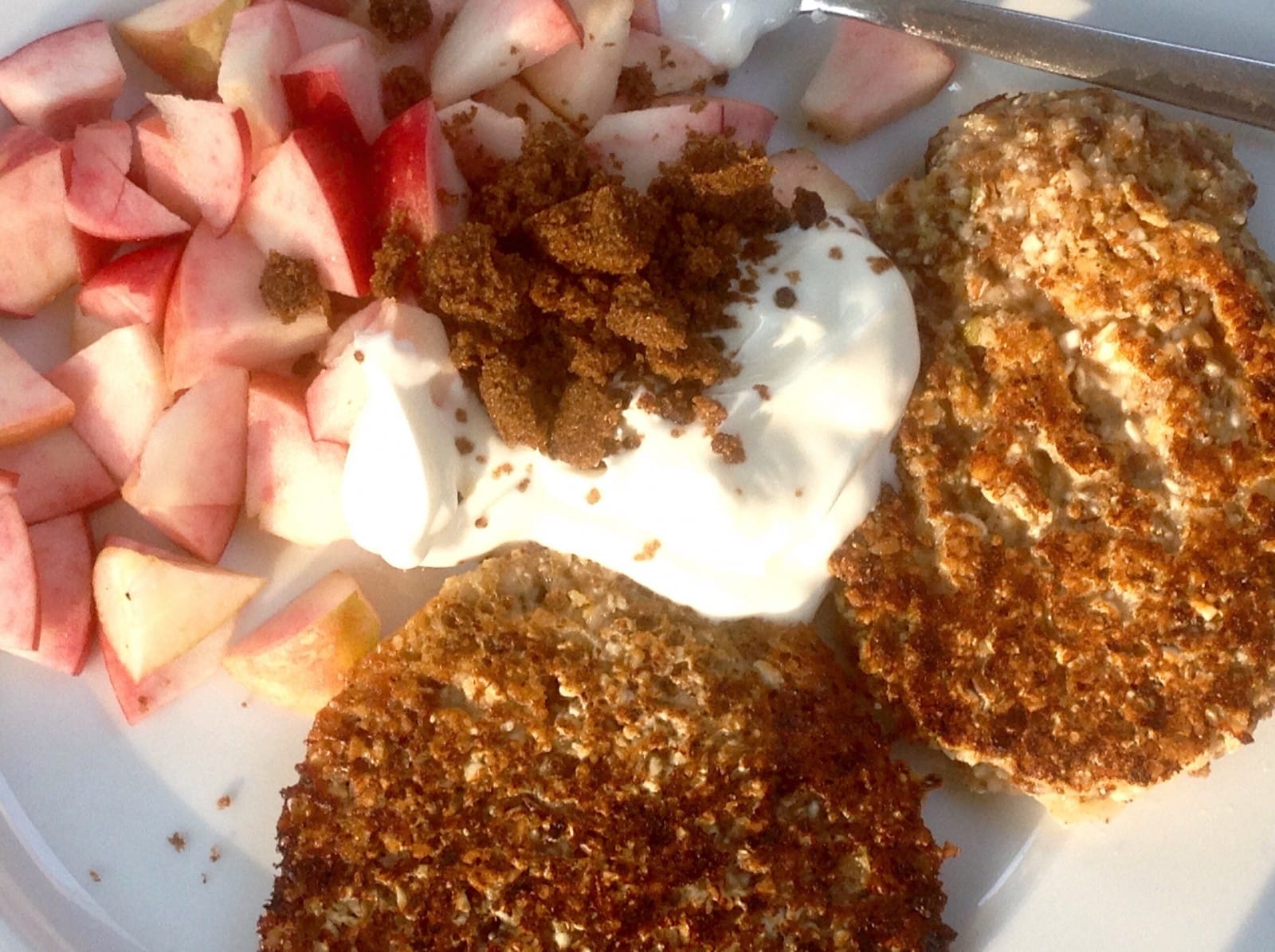 Tried something new at breakfast this morning.

I have watched a couple of Jamie Oliver’s new TV programme, Everyday Super Food, and there a few things that I liked the look of, and I ended up getting the book. I know, I know, I’m supposed to be getting rid of some, not getting more of the things.

AND I’ve just seen that Hugh F-W has got a new series and book coming out, Love Your Leftovers, and I’m a great of his! Not sure I’m going to be able to wait until Christmas!!

There are lots and lots of recipes I want to make in Jamie’s book. One of those that caught my eye was something he has called Granola Dust where he blitzes oats, nuts, seeds, dried fruit, cocoa and coffee. The resultant ‘dust’ is then used as it is or in various different recipes, including pancakes. Now Jamie adds to his ‘dust’, some flour, a mashed banana and an egg. But me being me, my first thought was, would that work with minimal additions. Having tried frying porridge on Meal Plan 8 as Oaty Fritters, I had a suspicion that it would.

So I got out my big jar of HM muesli, spooned out the amount I would normally have for breakfast, then whizzed  it in the food processor until it was a powder. Then I mixed in a little milk to make a thick paste.

Out came the big iron frying pan and I drizzled in a little veg oil and a small knob of butter. Two dollops of mix were dropped in and sizzled gently until the bottom was golden. On flipping it over, I was pleased to see that the pancake was pretty sturdy. The other side was cooked also until golden, and I decided to have them with a chopped up apple from the garden, a dollop of thick Greek yogurt and a tsp of muscovado.

It was a lovely breakfast.  Delicious and sustaining. The pancakes were delightful and to be honest, one would have been plenty along with the other additions.

You could try this with any bought muesli. If you make your own, it is another way to use it that makes it taste very different. When I make muesli, I mix up value oats with raisins, a few mixed nuts that I’ve previously toasted, some pumpkin and sesame seeds and maybe something like banana chips.  I don’t think I would add cocoa or coffee to it, as, to be frank, I think we have rather too much caffeine as it is, without adding it to foods like this.

This ‘dust’ can also be used to make porridge with the addition of a little milk, or maybe just water, 50g ‘dust’ to 200ml liquid. Or use the same quantities and have it as a smoothie.  And of course you can add any fresh fruit you may have available. For me that would be apples atm, or you could use strawberries, bananas or tinned value mandarins or peaches.  So 3 easy ways to use muesli, as well as the more usual in a bowl with milk or fruit juice.

I have just looked for my muesli recipe, but I don’t seem to have blogged it, so I’ll have to do that soon – another recipe to add to the ENORMOUS list to write about. The advantage of making your own of course is that you know exactly what goes into it. You can make it without milk powder if you want vegan, or no sugar, I really don’t think it needs it. You can add little taste bombs of crystalized ginger or bashed up maltesers. Anyway, I’m getting ahead of myself and writing about the muesli. I’ll save the variations for when I post the recipe, such as it is. It’s more find a big bowl and a big spoon and tip things in and stir. 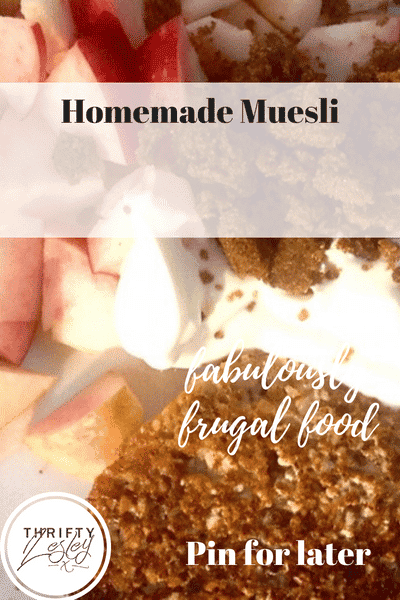