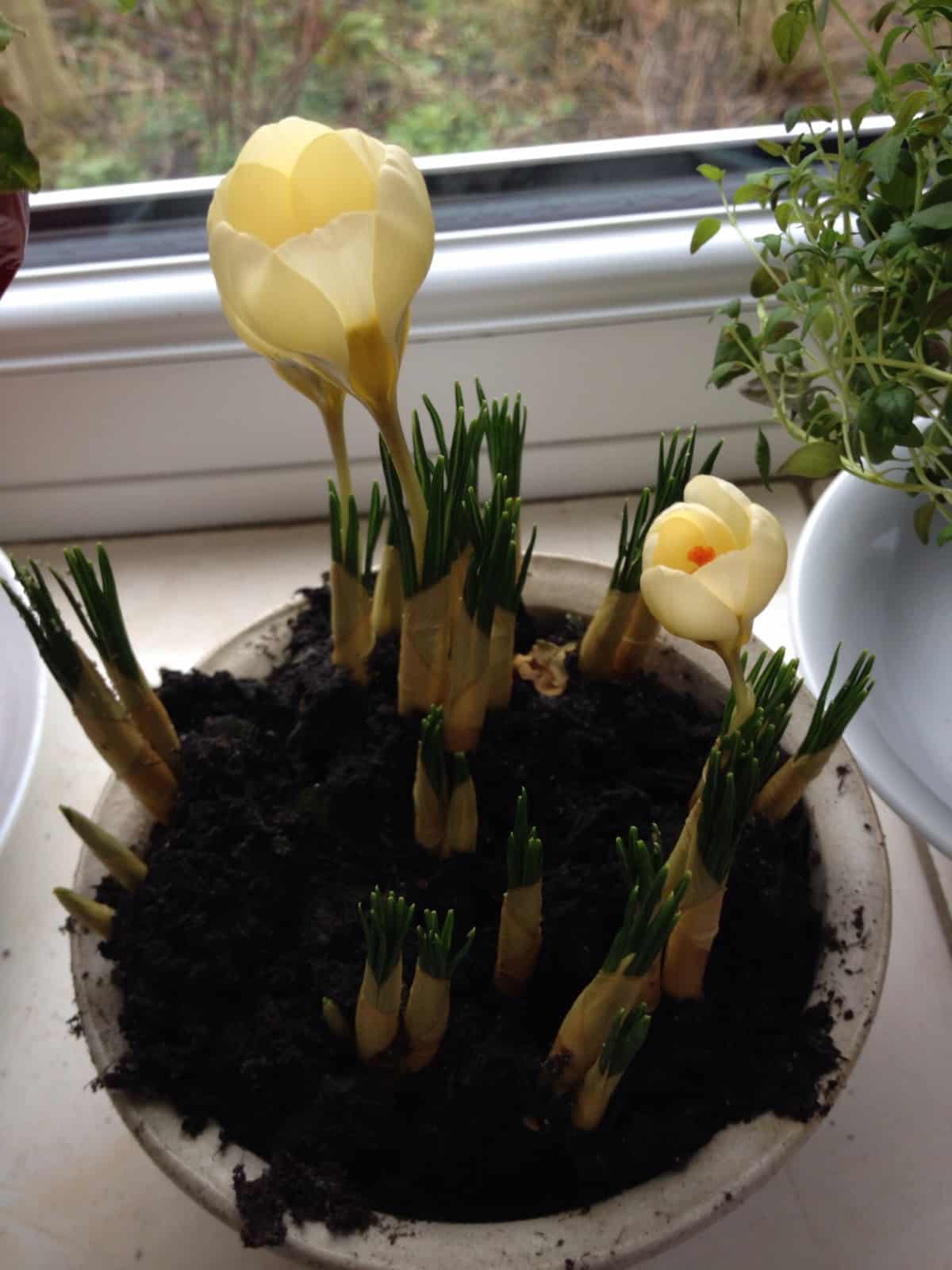 Got these crocus growing on the windowsill. It’s so lovely to see their cheerfulness on such a bleak day. Feels like spring is not far away.

DP is hacking bits off our kitchen ceiling as the blighter is still leaking. He has tried two things that he thought would definitely fix it. Neither did. Today we poured a bucket of water over certain parts of it to try and track where it is coming in and we think it could well be the lantern (window) in the roof. The underside of the actual roof is completely sodden. We can’t paint or anything until this is solved. Fingers crossed we’ve found it this time.

I was going to test the soup in Meal Plan 8 today. I got everything together to start, then realised that I didn’t have any chicken stock or enough white cabbage. Blast. So I did what all people who cook a lot do all the time, adapted. From the original recipe, I used

Or use a walnut sized piece of creamed coconut, or 120ml coconut milk

The noodles are using up what is in the basket for meal plan 8, they are not a necessary part of the soup to make it work.

If you are using noodles, break them really small. 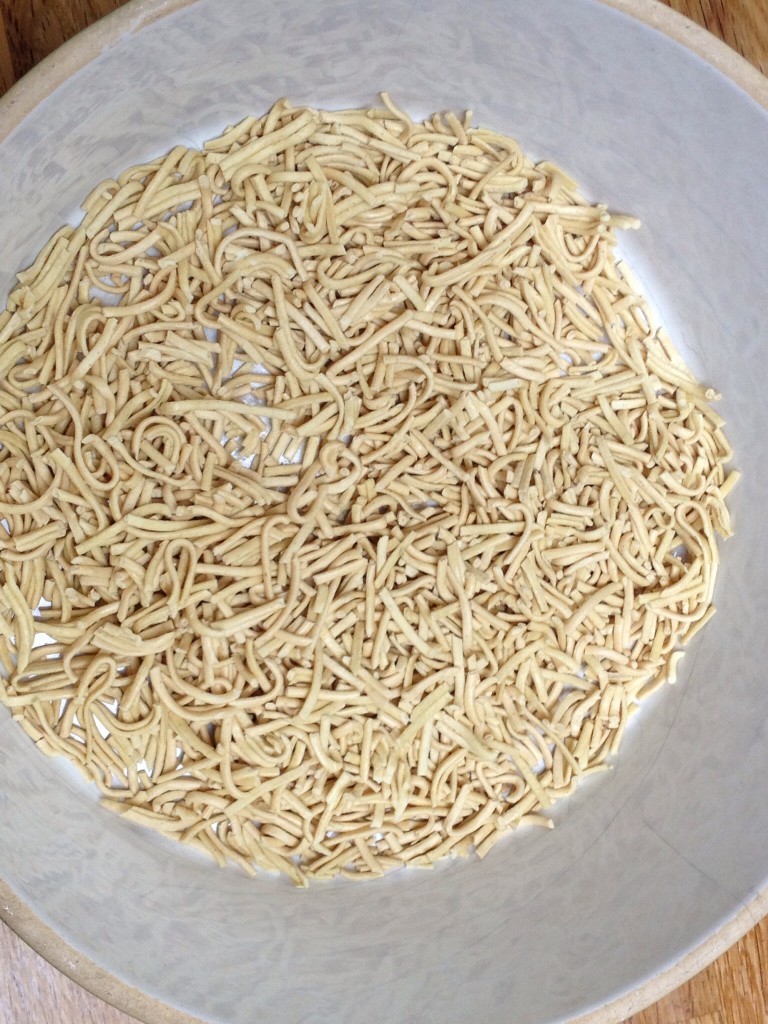 The green lentils need to be cooked, so if they aren’t, cook them now.

Chop all the veg finely. Saute all the veg, except the white cabbage, together until soft. Add a litre of hot water and simmer until all the veg are nearly done, add the cabbage and continue simmering until everything is soft and cooked. Add the noodles, if using, and cook for a few minutes until they are done. Add the lentils and the coconut cream. Do not boil the soup after this point or the coconut cream will curdle.

I like thick soups, so I used my stick blender in the saucepan for a few seconds to whizz up so of it.

Now taste. Season well with salt and pepper. I added 2 tblsp of vinegar from a jar of pickled onions, to give it a little lift.

If you like pickled onions, I don’t, I find them harsh, but DP likes them. Use the vinegar left in the jar after they’ve been eaten for this kind of thing. It will sit quite happily in the jar for ages. I have decanted 3 jars worth into 1 jar to use like this.

We had the soup for lunch and it was filling and delicious, just on its own. 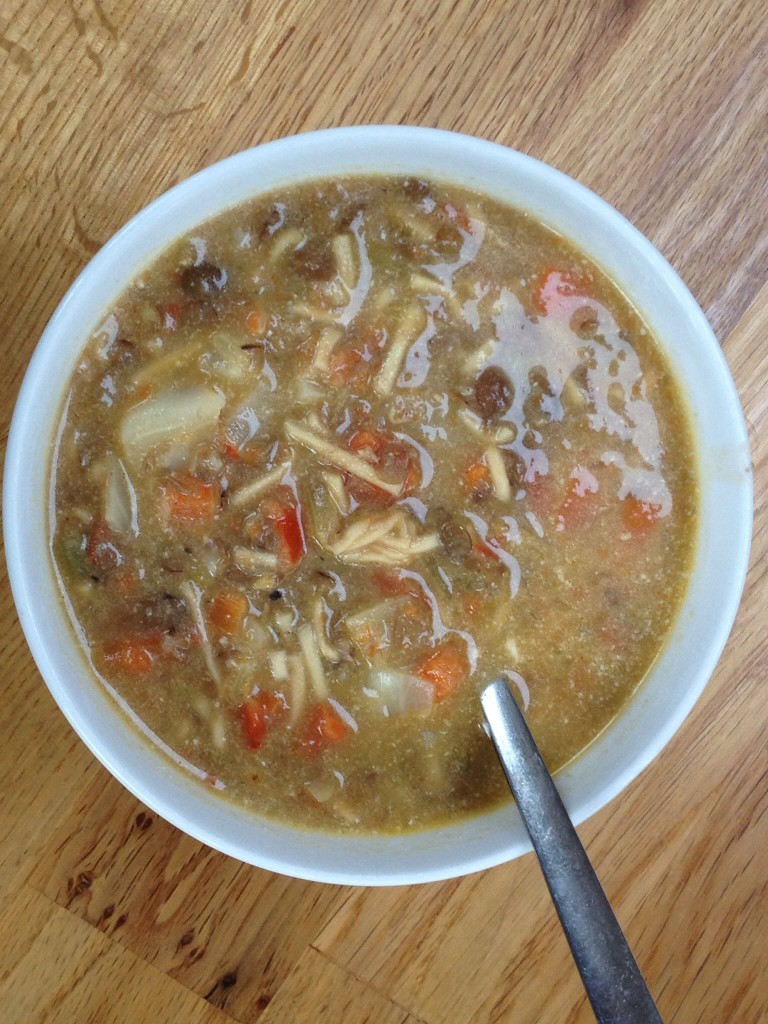