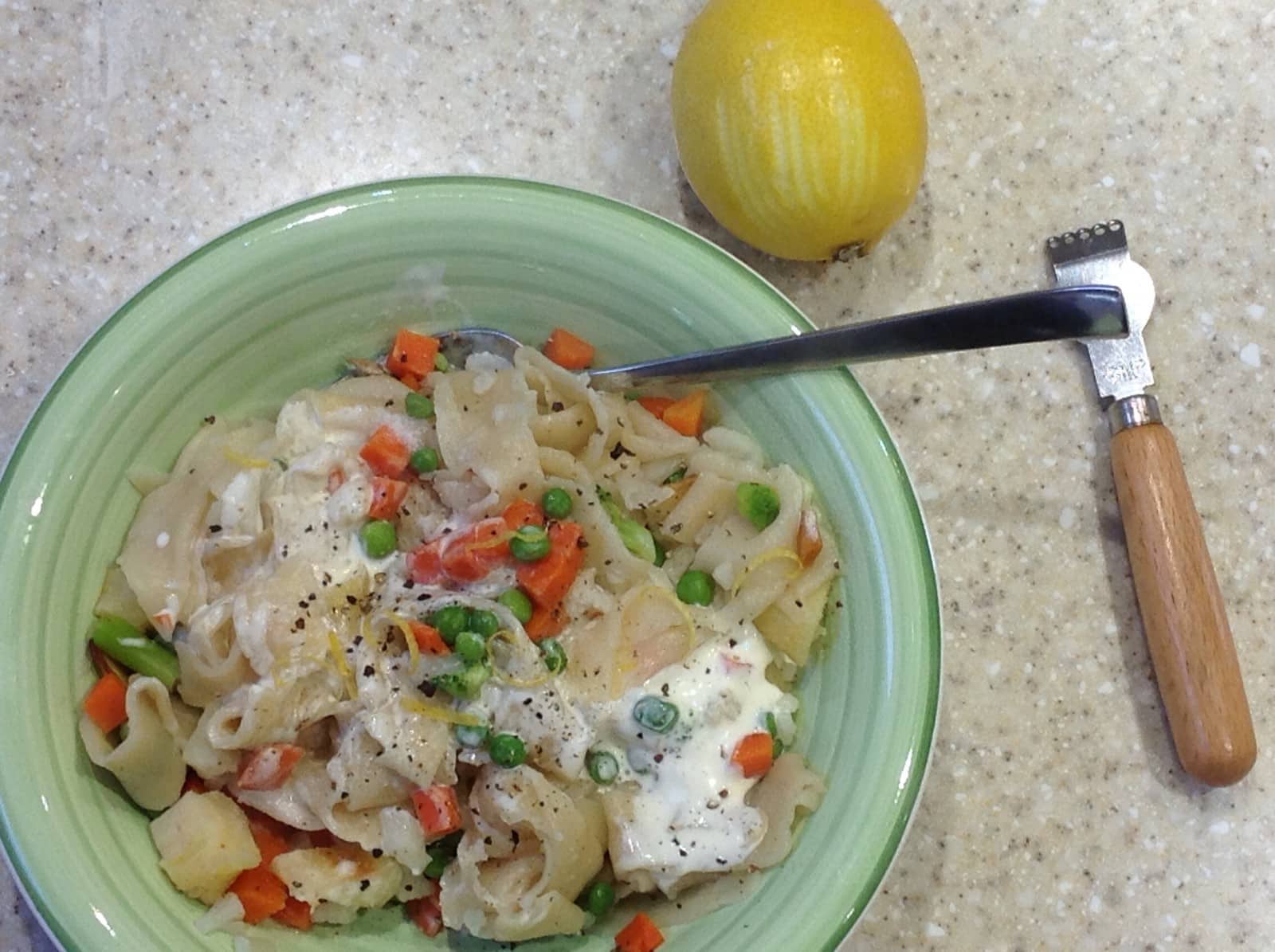 I had this for lunch today, from the Christmas 2014 Meal Plan. 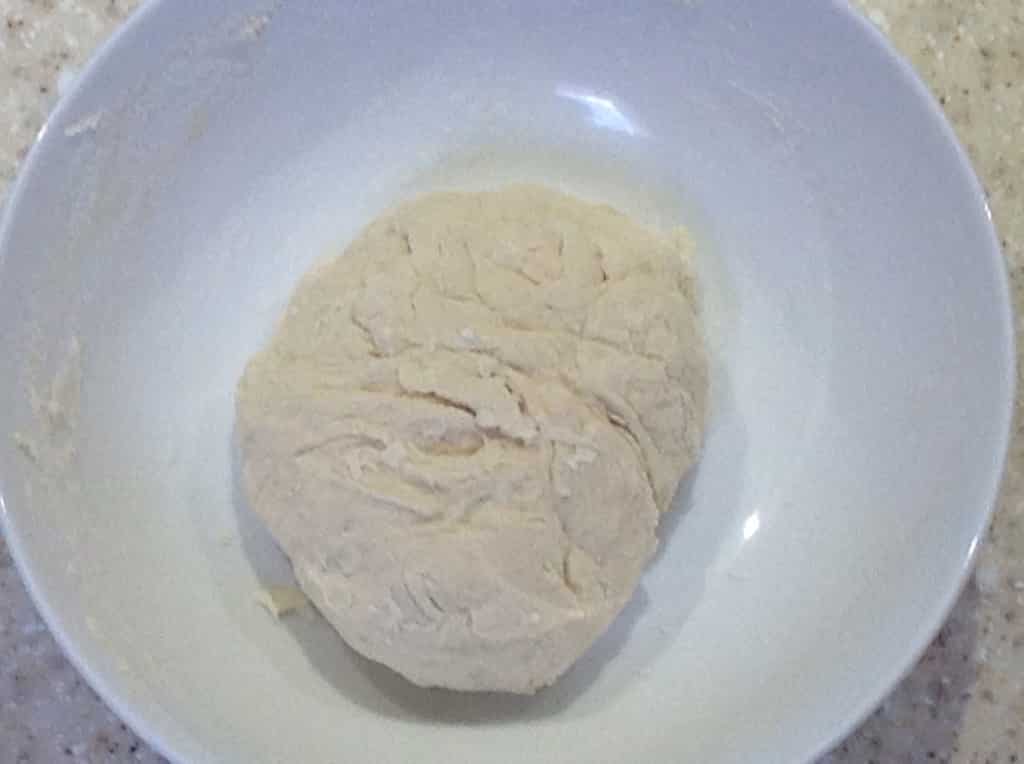 First of all, make your pasta dough. Put the flour in a small bowl and mix in enough cold water to make a dough. Cover and leave to rest for as long as you can.  The resting allows the dough to develop the gluten, making a better pasta once cooked. You could mix the dough the night before and leave it overnight.

Cook the parsnips in the oven for 30 mins until golden following packet instructions. 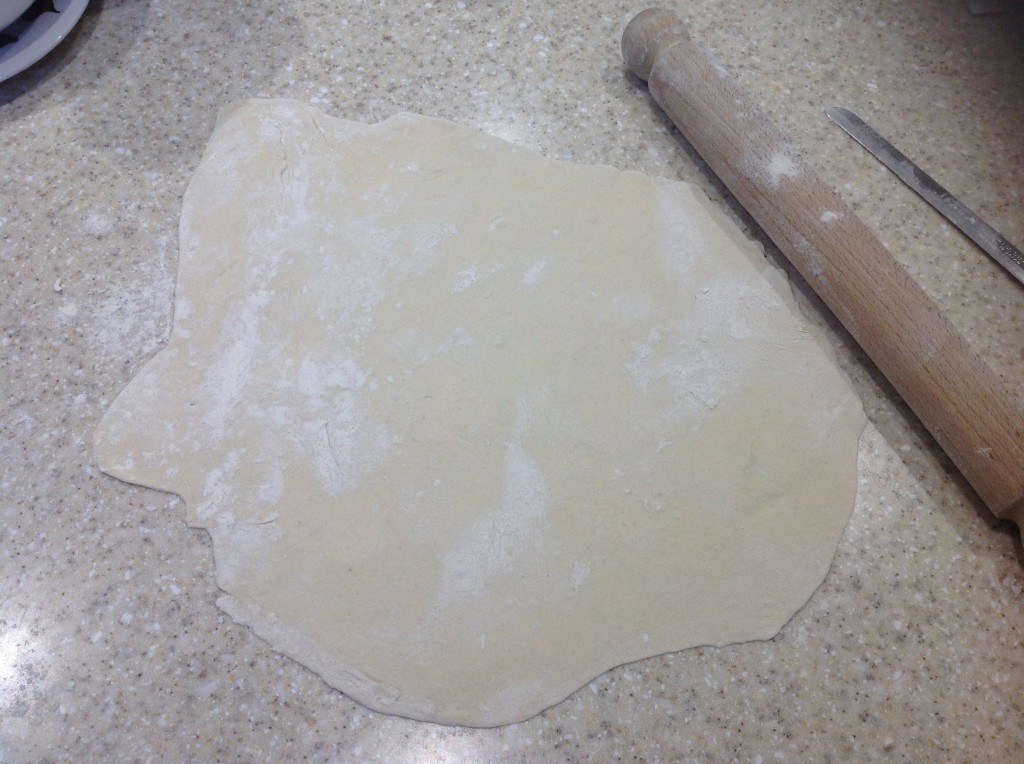 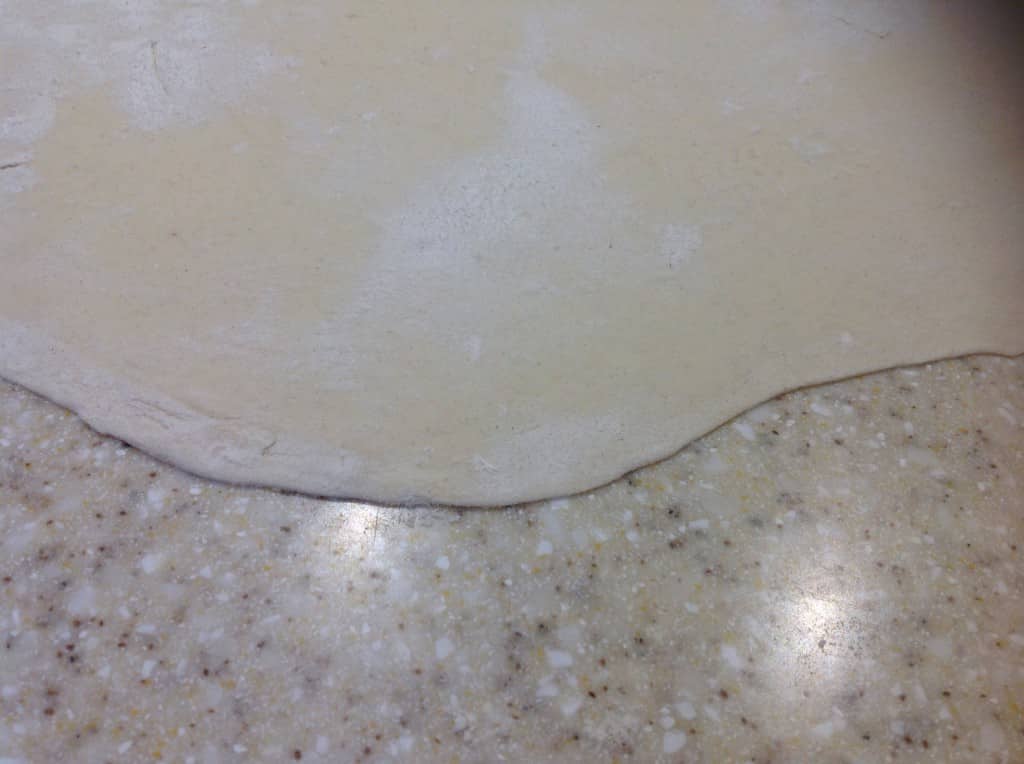 When you are ready to eat, flour a worktop and using a rolling pin, roll out the pasta dough to the thickness of a credit card. 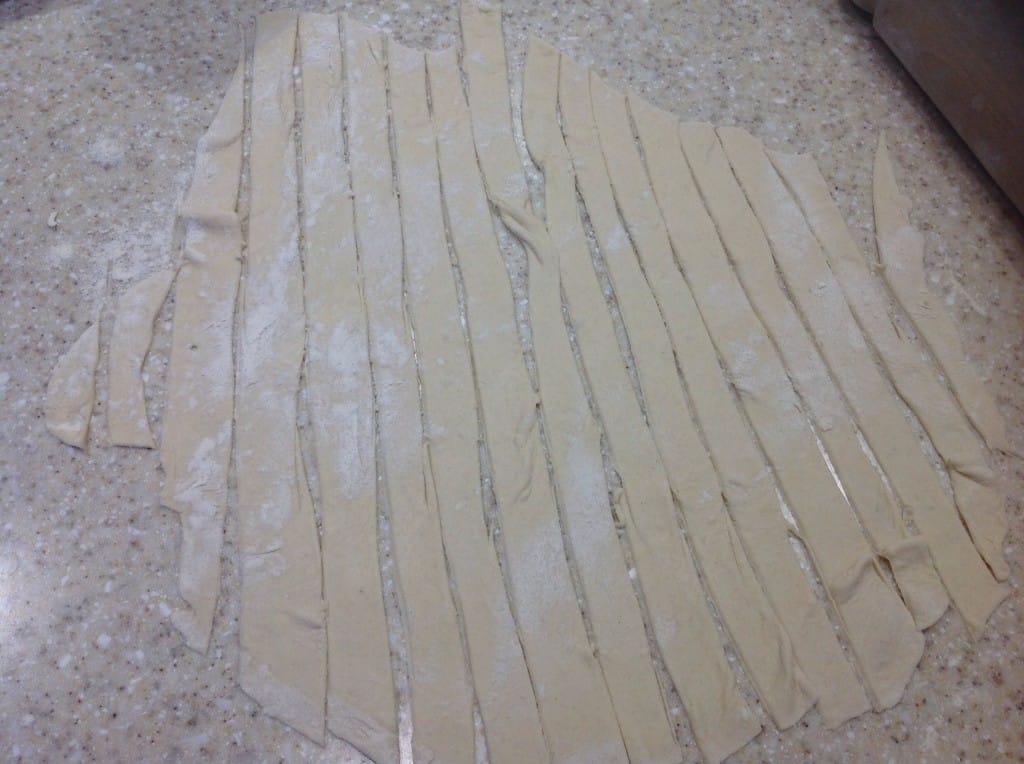 Bring a large saucepan of water to the boil, add a little salt. Drop in some of the pasta shapes, about half a portion at a time, depending on the size of your saucepan. As soon as the pasta rises to the surface it is done.  Fish it out and drain in a colander.

Keep stirring the cooked pasta so it doesn’t all clump together.

When you have cooked all the pasta, throw the mixed veg in the pot and simmer until cooked. Drain well.

Now put the cooked pasta in a warmed serving dish, add the mixed veg and cooked parsnips, chopped up if you like. Stir the mustard into the cream and stir the cream through the pasta. Sprinkle over a little salt and grind over some pepper if you have any. Serve immediately.

This dish has lots of variations, it’s pasta! It has (probably literally) a million variations. I completely forgot to add the mustard, so I can’t report back on that. It was a tasty dish, with distinct flavours which I would have again. I had a lemon, so I had added a couple of tiny bits of lemon zest. And the s+p on the top made a good contribution to the flavour

If you have made any, you could add some fine chopped preserved lemon, or orange, stir through some defrosted frozen spinach, change the veg to whatever you have, different types of mustard would give a different flavour (English, Dijon, grainy etc), use creme fraiche instead of cream, it’s about the same price. You could chop up some of the pork roast and add that, maybe crisping it in a pan first, or use some bacon. If you have any parmesan, slice some curls off and put on the top of the dish.  You could use some of the stuffing balls in the meal plan if you have any available.

So, for instance, you could do a version with some cauliflower, roasted in the oven with Tandoori spice, and mixed into the pasta with creme fraiche, lemon zest and a bit of grainy mustard.

You don’t have to make the pasta either of course, use what you have.  If you are following the meal plan, we don’t have enough cash to buy a bag. You may have the funds available, or already have a bag in the cupboard.