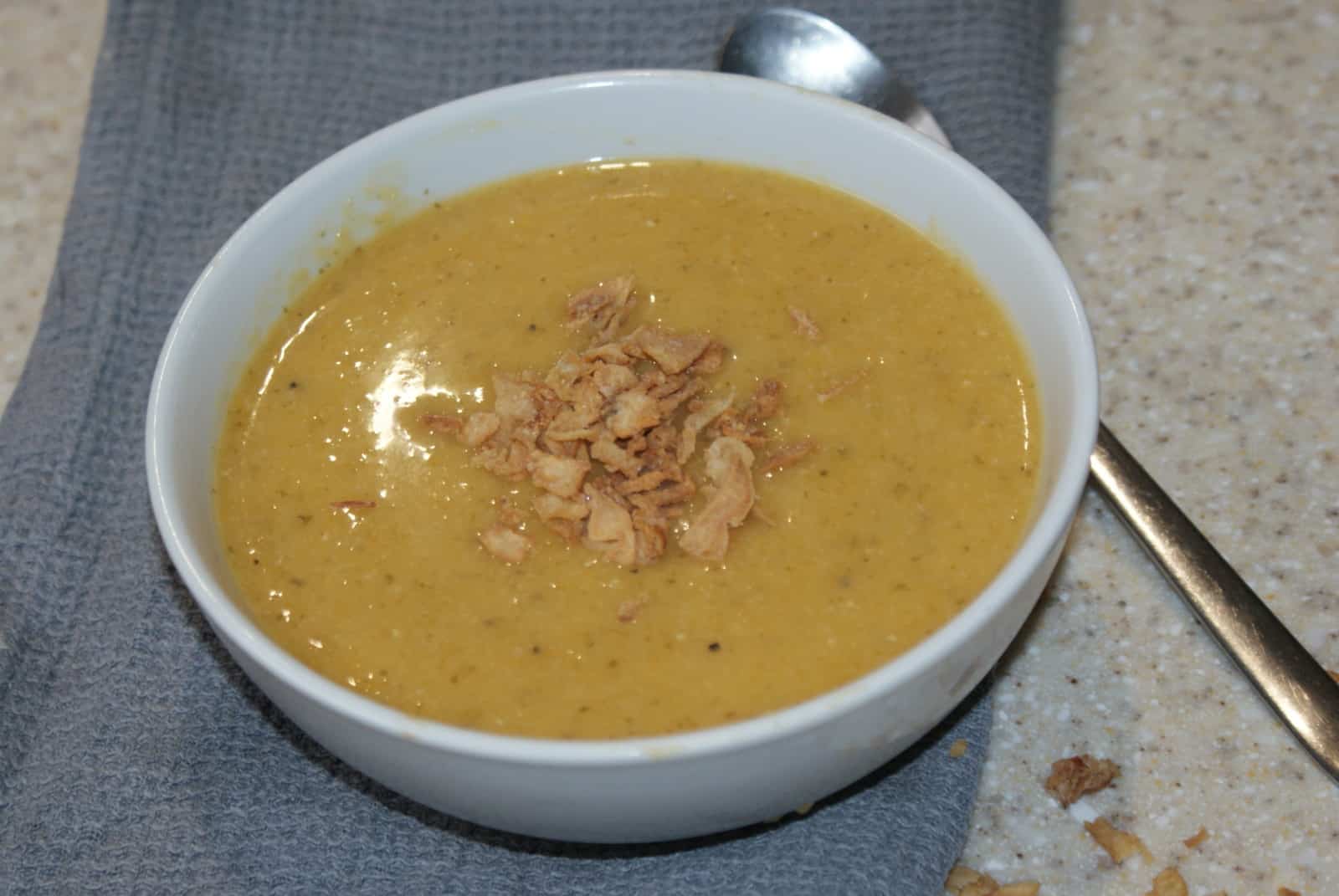 I had a butternut squash that needed using recently and decided to make soup with it. I thought I’d flavour it with ginger and lime. But in the end I went with some fresh ginger from a jar, the kind that you get in Asian shops. A big jar for less than £3

Then, looking in the larder for the squeezy lime that I had in mind to use, I saw a sachet of creamed coconut that really did need using up, so I used that instead.

The squash was chopped up and put in my big stock pot, a couple of onions added, a cup of red lentils, the coconut thrown in along with the ginger and salt. Then the whole lot was just covered with water and simmered until everything was well cooked through

Then I whizzed it all smooth and added pepper. If you add the pepper at the end, the flavour and heat of it won’t be diminished by the heat of the cooking

The ginger could be dried, although that will give a completely different kind of ginger flavour, or change it to garam masala for a spicy warm hum.

If you are not vegan, chicken stock would give another layer of flavour. I don’t use stock cubes as I don’t think they add anything other than salt

I sprinkled some dried, fried onion on the top, but that was just for the picture really, it didn’t need it 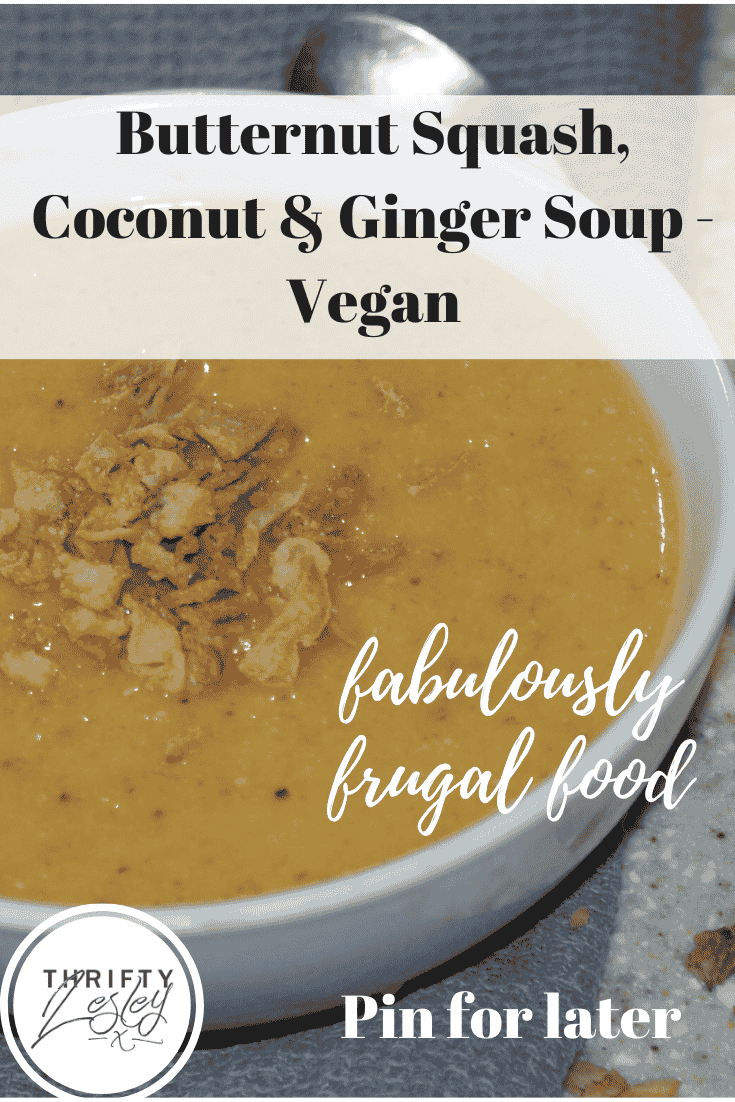 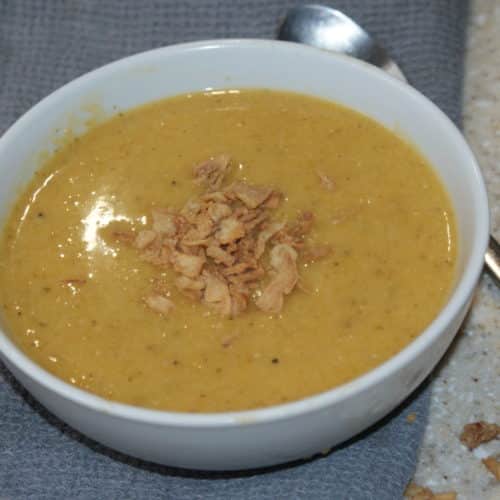 Got a great recipe? How about submitting it to appear on Thrifty Lesley!
Keyword budget meals, cheap family recipes, vegan, vegetables, vegetarian