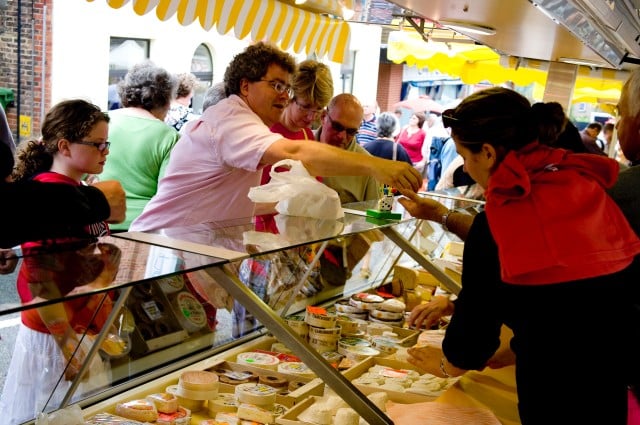 Did you have a good day today, Bank Holiday Monday? Every year, on this day, there is an Anglo French market in Heathfield, Le Marche. 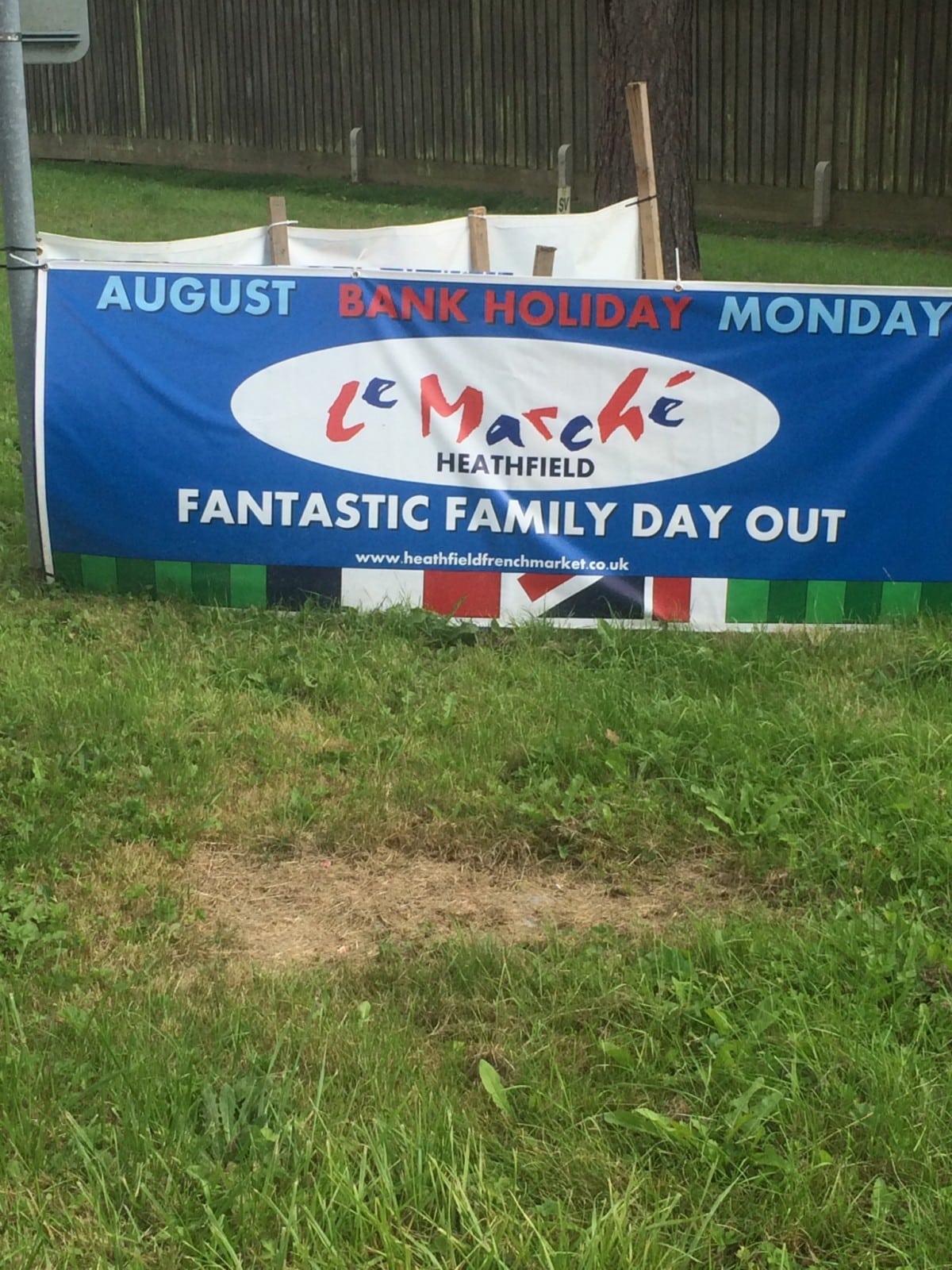 Building on all our walking from holiday, we decided to walk down to the town. It is always very crowded, even when it rains, and there is a park and ride if you want to use that. So we set off in the bright sunshine to walk the couple of miles down. It took us a while as we kept seeing people we know who wanted to know about Switzerland, which was lovely, catching up.

We had a good old poke around all the stalls. 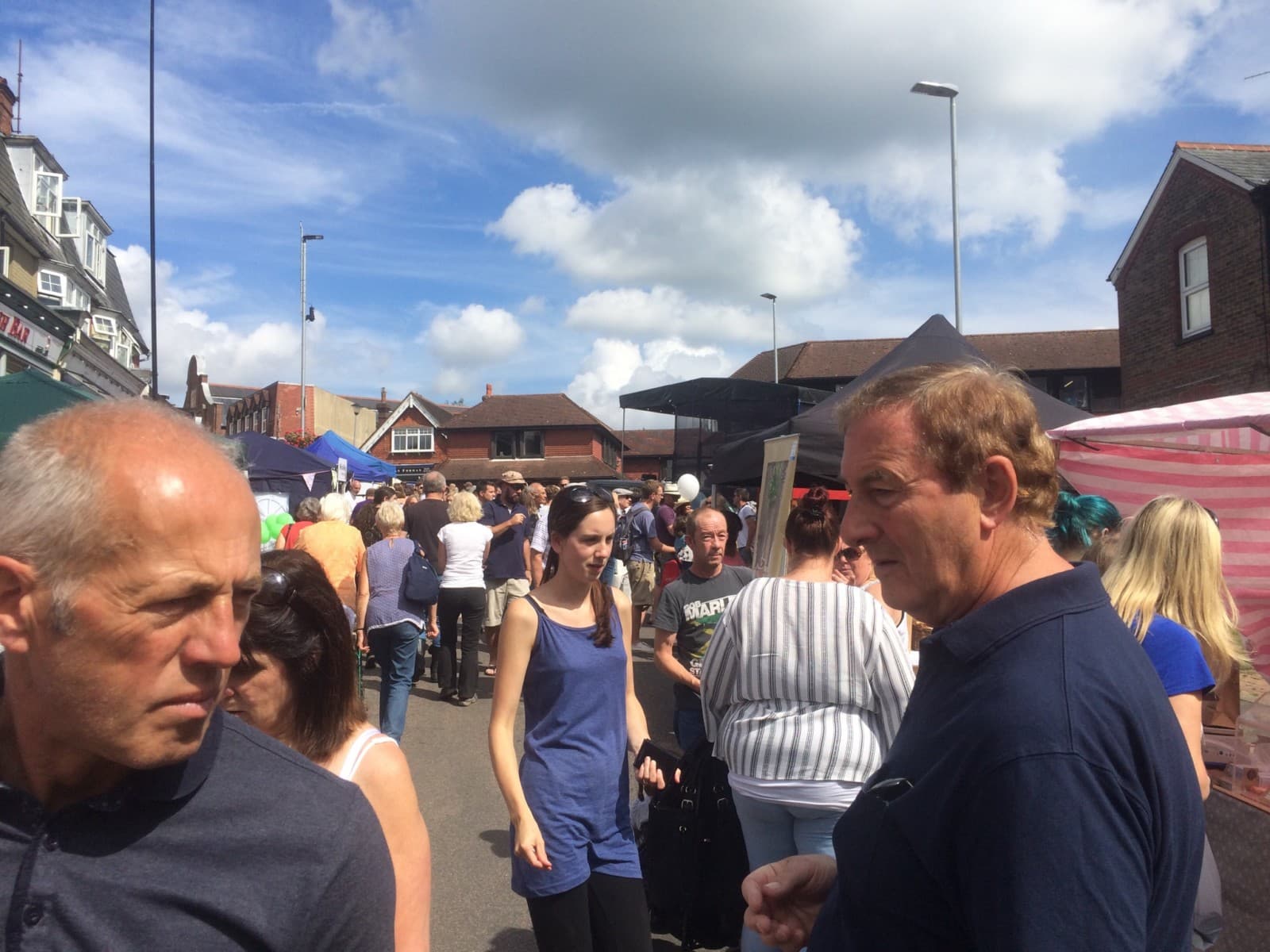 Tasted some Parmesan type cheese, made locally. I thought it was lovely, but that it was more like a super mature cheddar rather than that deep flavour of a Parmesan. But Mike liked it, so we got a big chunk of that. 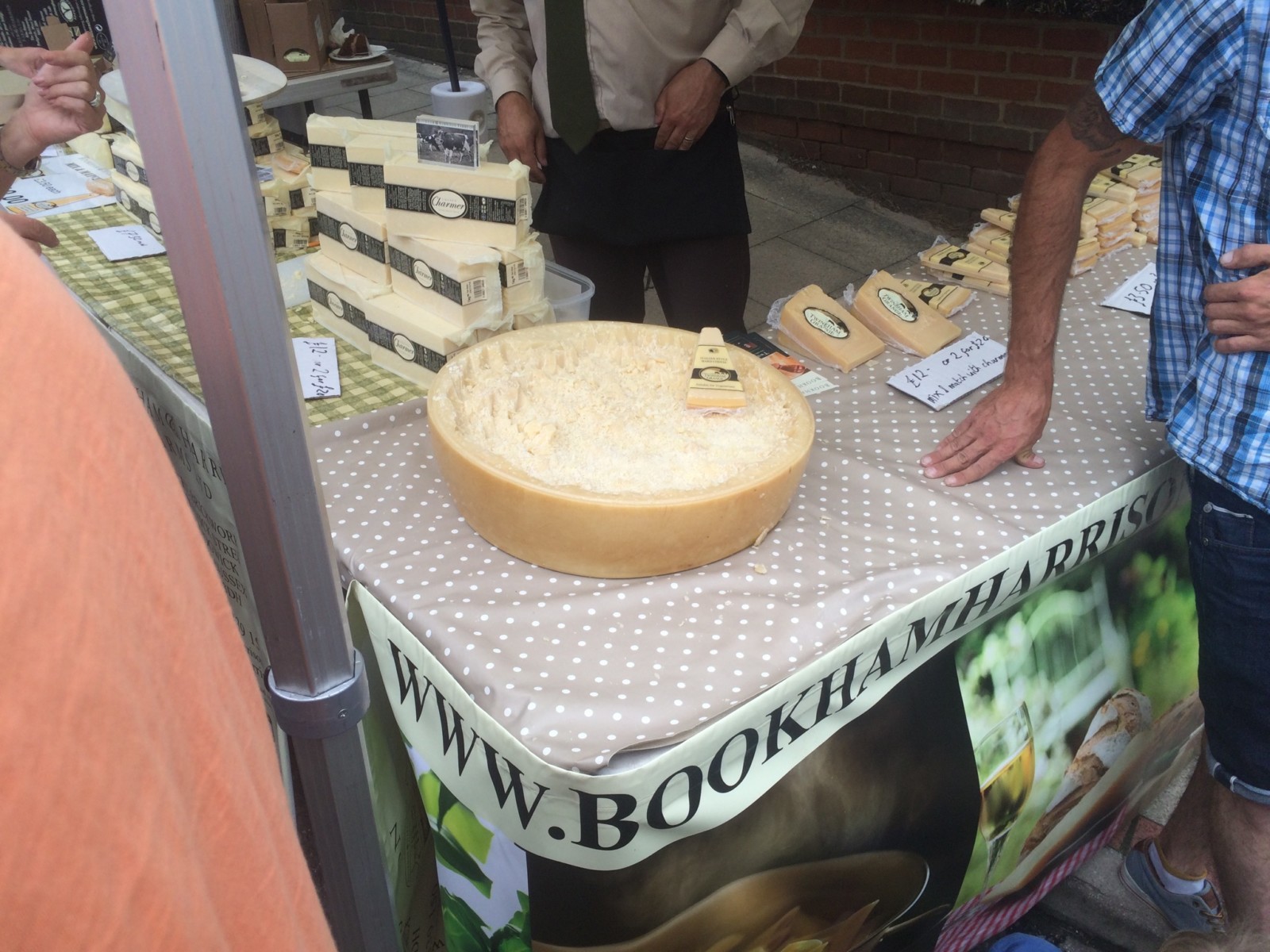 I had a goat hotdog in a granary roll for lunch, and very nice it was too. The chap cooking them was faffing about and took an absolute age to serve people. I was dying to get in there and organise it! 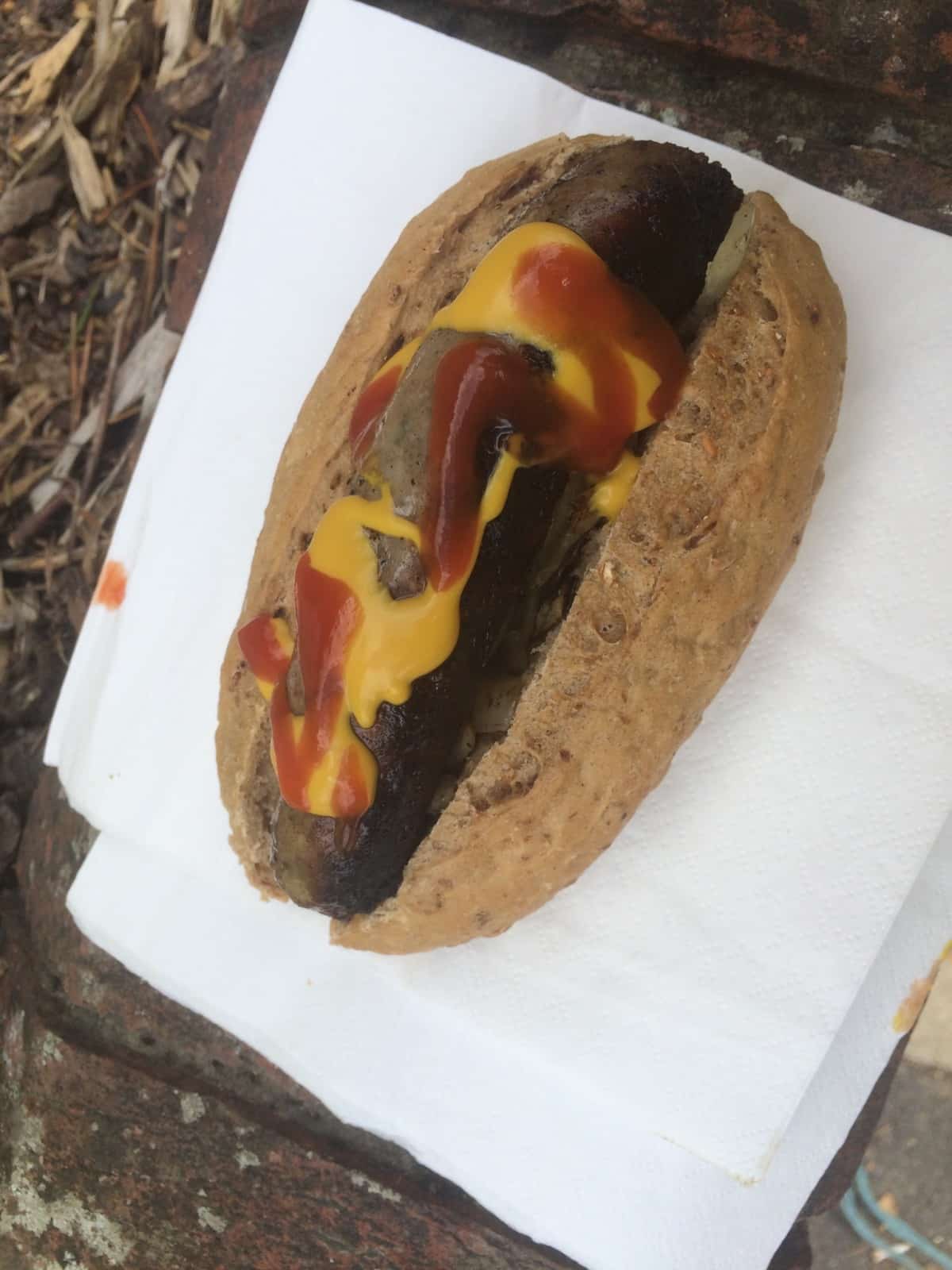 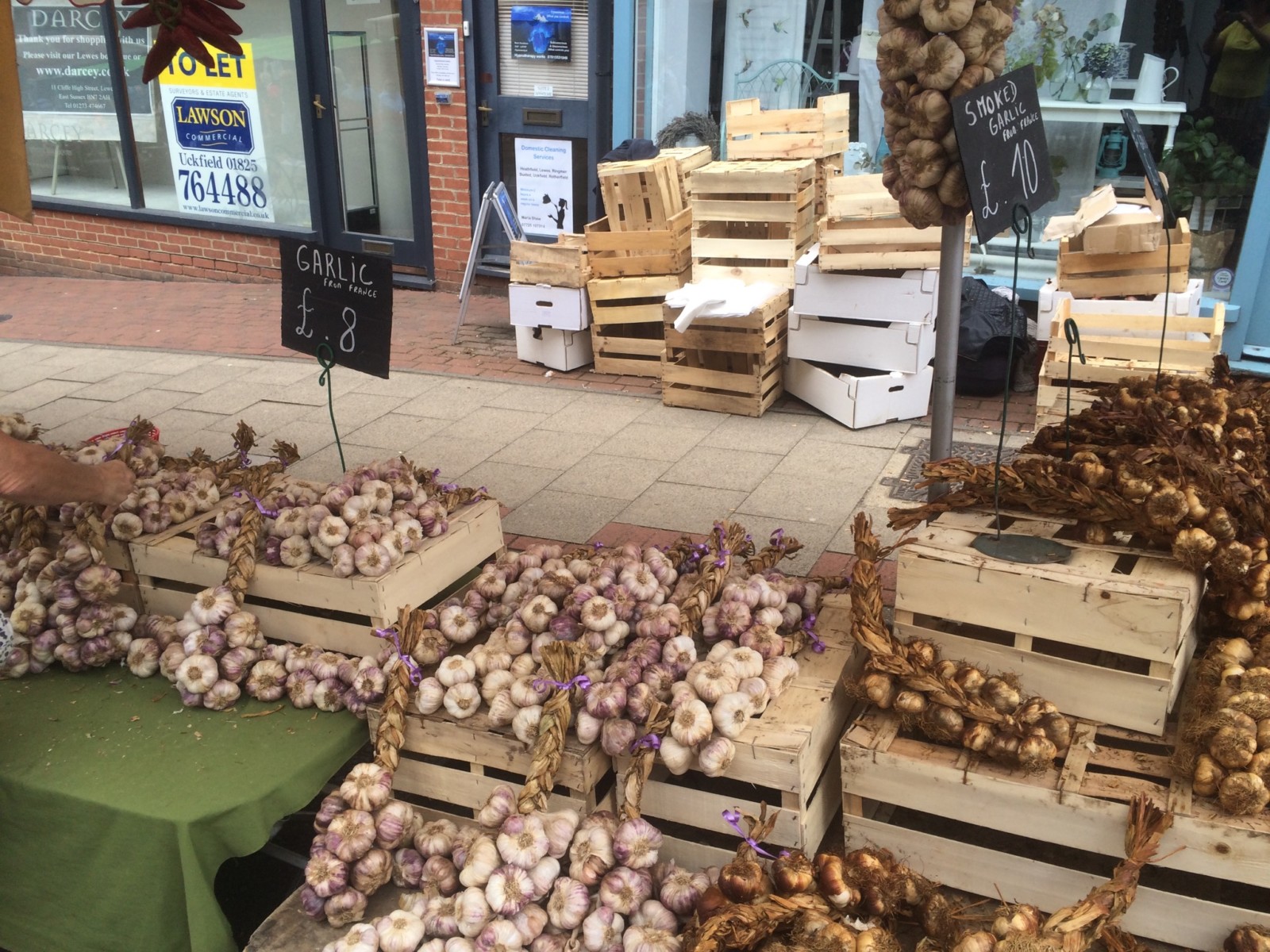 And some lovely looking pies 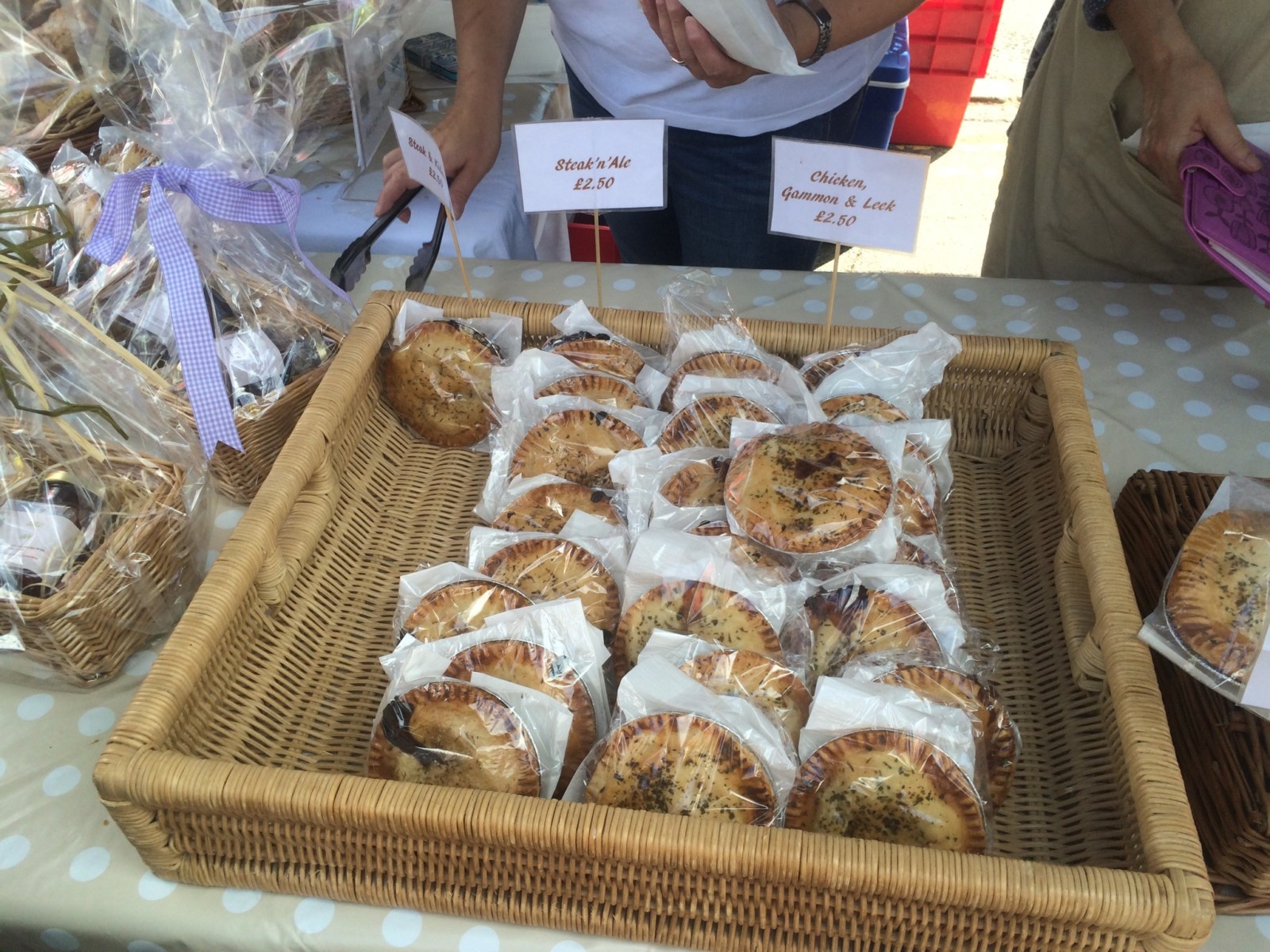 There were crepes, churros, French cheeses and paella. But there were so many people rammed around those stalls I couldn’t get a decent picture! 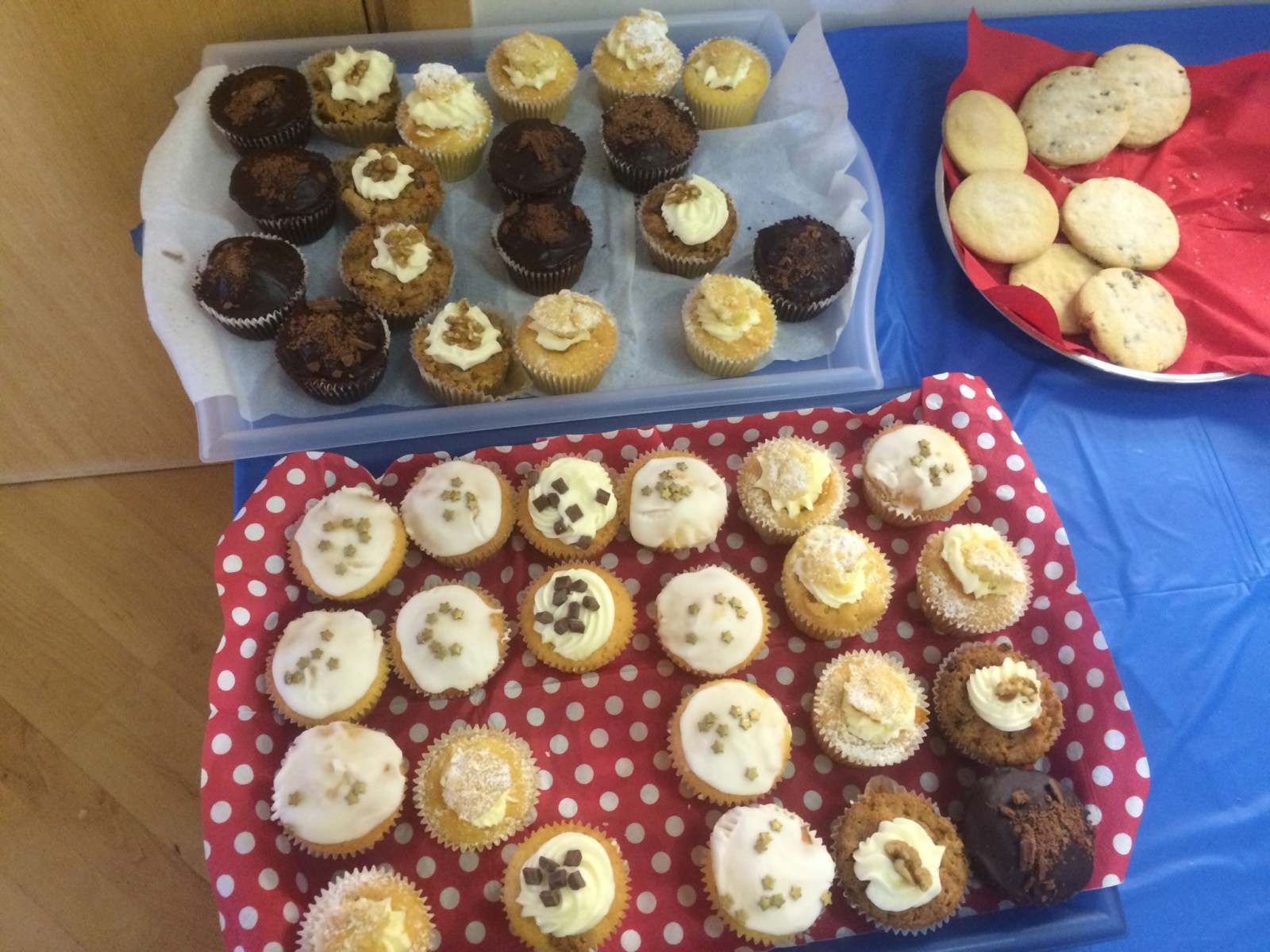 I bought some goats cheese, the sort of yellowy looking one, on the right 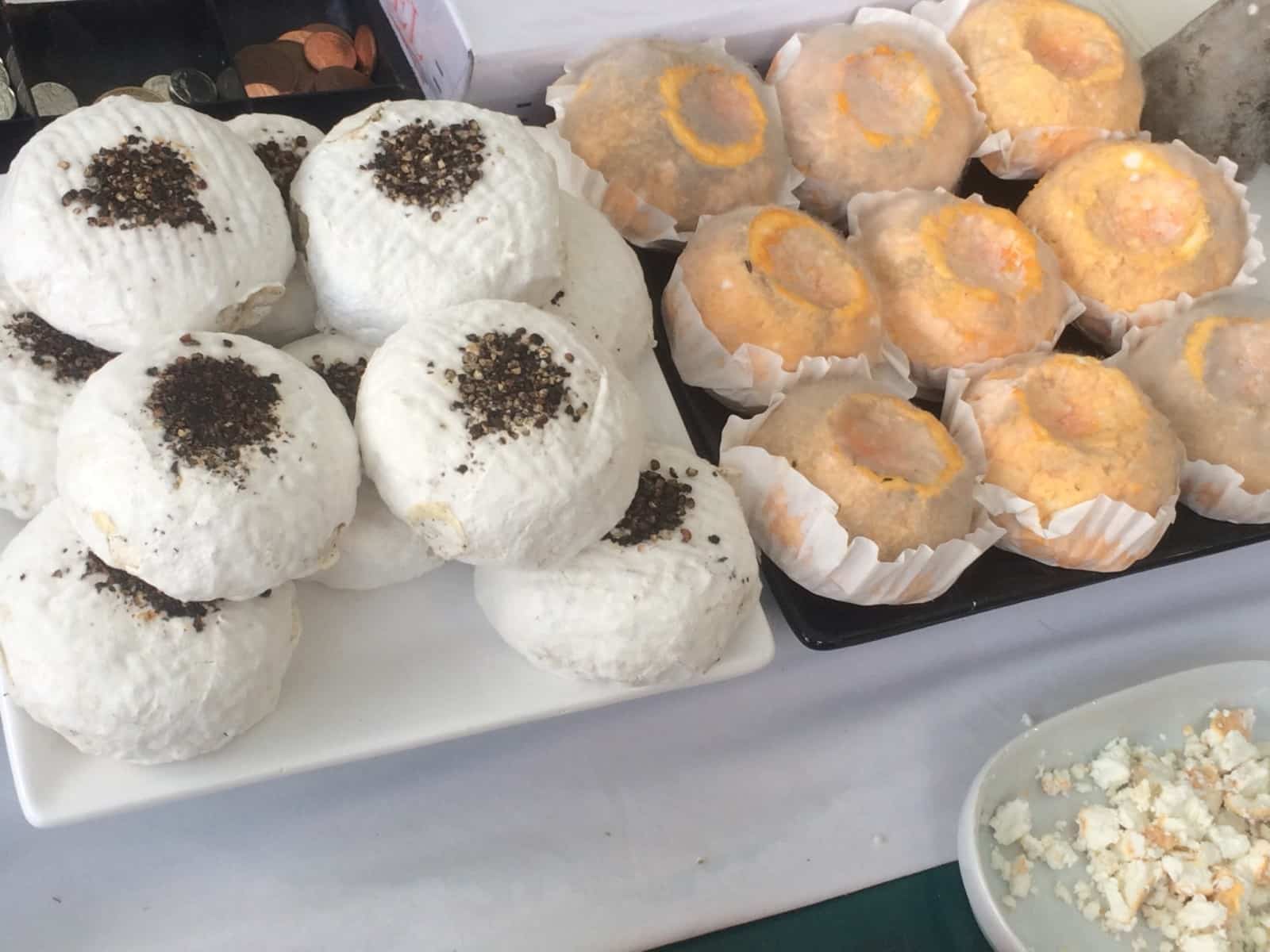 This is is what we ended up getting. That goats cheese, a couple of huge tomatoes, some Victoria plums (we had none at all on our little trees this year), some dark fruit that the stall holder swears are damsons, they’re certainly sour enough, some apricots and the Parmesan type cheese. That hand is Mikes, snaking in for a sneaky taste of a damson. You should have seen his face when he tasted it! Boy, was it sour! 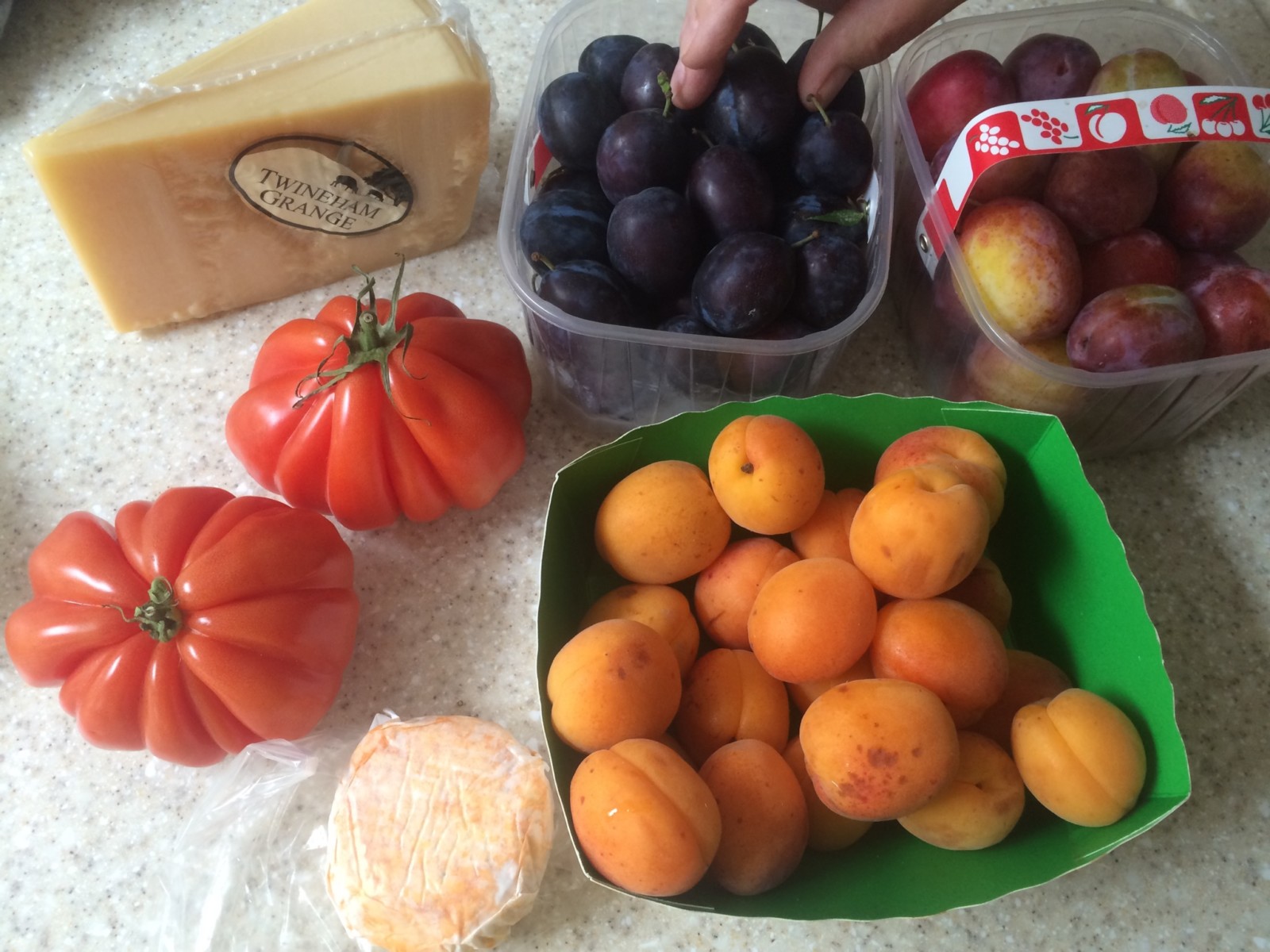 Dinner this evening was half of one of the tomatoes, some cucumber from the greenhouse, half the goats cheese, some good olive oil, a bit of crunchy salt and fresh ground pepper and some lovely crunchy bread, straight out of the oven. Lovely! 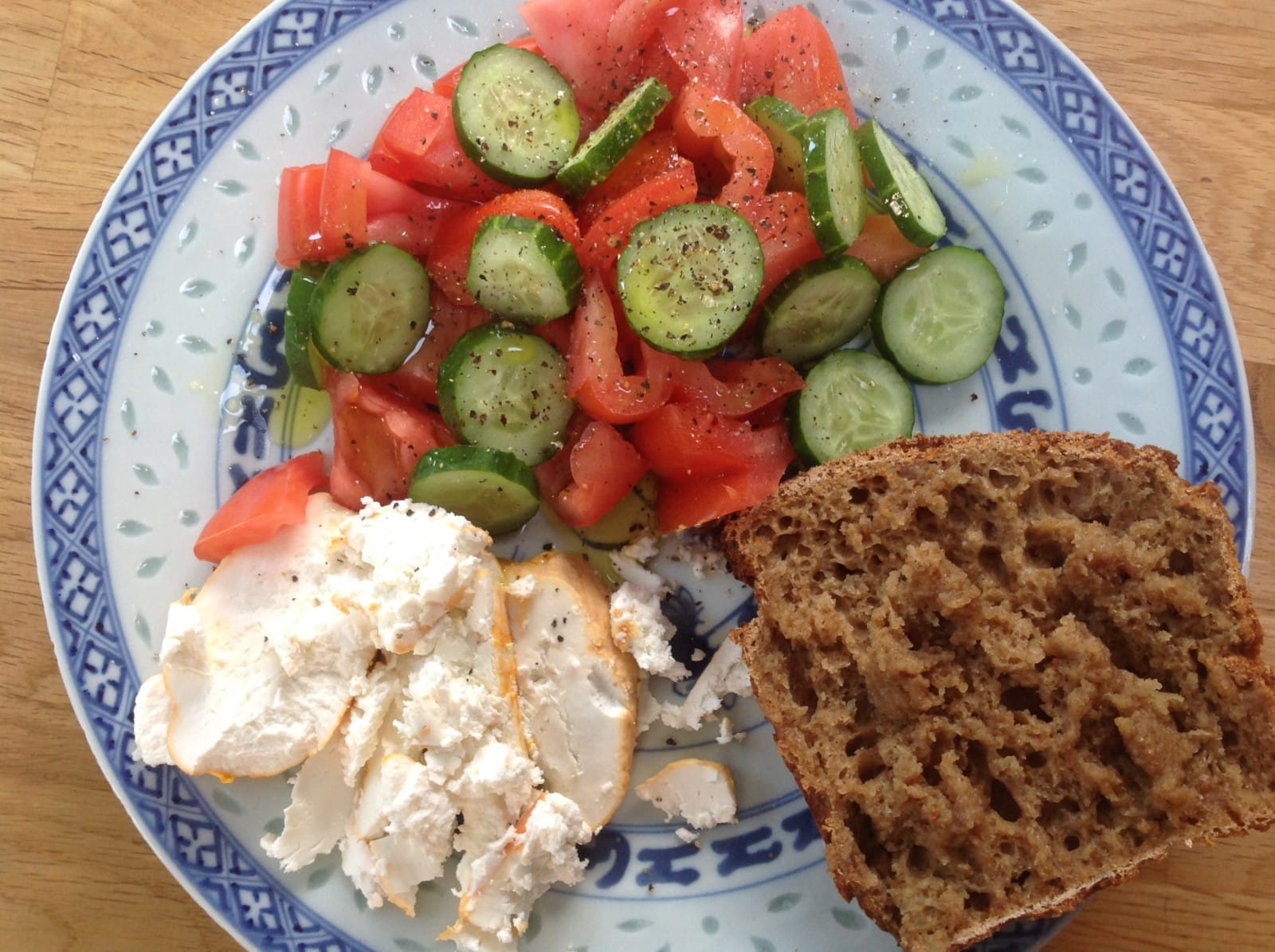