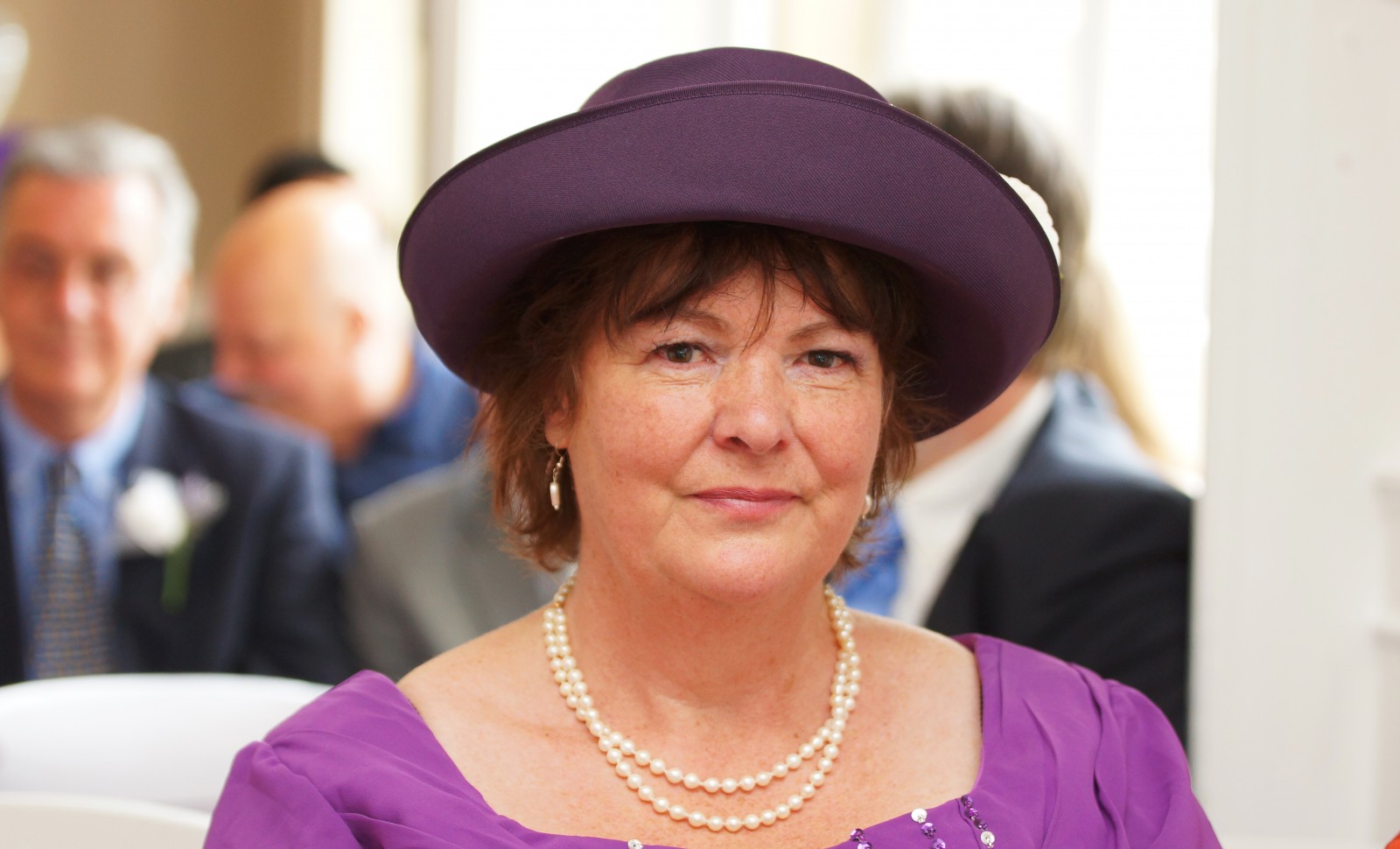 Well Wimbledon is finished for another year. I have seen some exciting tennis and been on the edge of my seat lots of times. I love this tournament and watch as much of it as I can. It’s strange tho, I don’t watch tennis at any other time, it’s just Wimbledon that holds me enthralled.

On Saturday, we popped down to Eastbourne and had a walk about, popping in on the 999 Show that was on over the weekend. It was scorching hot and I wore sunglasses to protect my eyes from the glare. When I got home, I’d caught the sun on my face, so I am now the not so proud owner of cherry red cheeks and circular white patches round my eyes! Knew I should have taken a brolly!

While we were in the area, I went to the Asda there and got some ingredients for the No Power Plan so I can recipe test. I have been searching the internet for food that can be prepared by people with no power. There are quite a few raw food websites, but they tend to use a lot of expensive ingredients, and use blenders and food processors a lot. So they’re no good for this. I did find one very interesting thing that I hadn’t thought of. If you sprout grains and lentils, you can eat them raw! The sprouting increases the nutrient level enormously too. I’m not sure I can incorporate that into a meal plan because the sprouting process does not take a predictable amount of time. I can certainly write some recipes around the principle. Anyone got any advice or experience we can use?

It’s all very well having lovely crunchy salads, sandwiches and cereal while it’s summertime. I keep trying to think of warming things for when the weather is cold. And of course, that’s the point, there is no warming available. That’s tough. I feel desperately sad for the hundreds of thousands of people being put through the mill by this wretched government and their ghastly policies. I couldn’t quite believe the extraordinary sleight of hand of the Living Wage in the Budget and the removal of tax credits, and all the other punishment of the poor. How come poor people need a kick up the bum to motivate them, and rich people need more money to do the same. And where is the enormous public outcry over it? The UK seems to be coming a much more unfair society than it has been for a very long time.

So, anyone got any more recipes that can be made by people with no power. I have a feeling more people will be in this position soon.

If people were lucky enough to have a garden like me, they could grow lots of fruit and veg to help.

Did lots of harvesting over the weekend. Having not checked the gooseberries for a while, I had a look at them and was horrified to see that sawfly had attacked one of them and stripped every single leaf off. At least it made it easier to pick all the fruit off, but my goodness, my poor bushes. The other bush was already a write off because it had got mildew. Both bushes are a bit too shaded really. Said shade provided by a neighbours trees, an ongoing problem. We are hoping to be able to remove some of the shade by trimming two trees in particular. DP has to do any tree surgery our neighbour allows as she doesn’t get it done herself.

Still, I managed to get a good lot of gooseberries, although they may not crop next year, I’ll have to nurture them. Had another pick along the raspberry row and got another big bowlful. Then I picked a massive bowl of lovely dark red cherries. A magpie has been sitting on top of the Enviromesh covering the tree and trying hard to get through it. Its enormous beak has made holes in the mesh, which is annoying.

Finally today, I thought I’d show you a couple of wedding pictures. Not too many, don’t want to bore you to death. 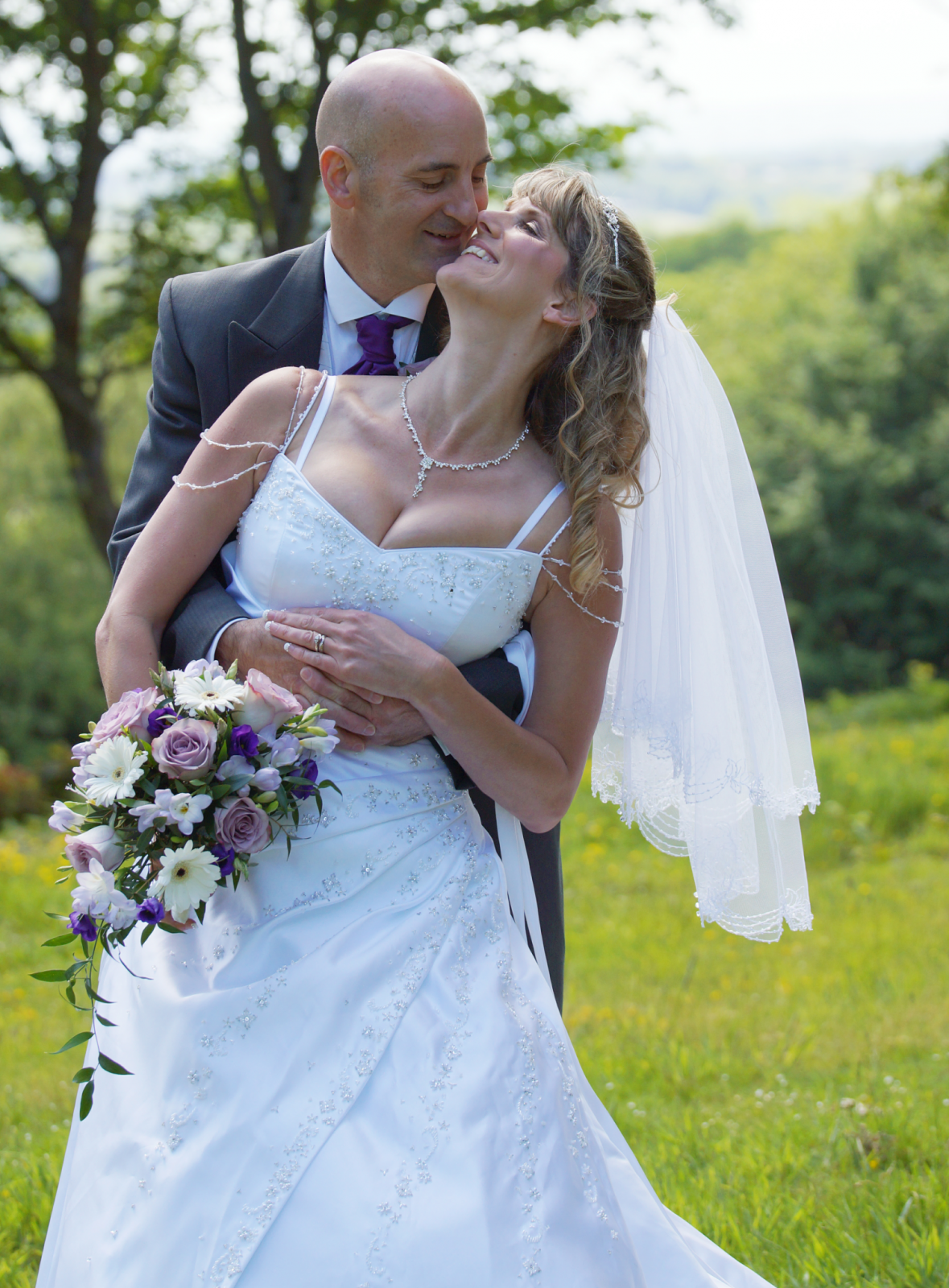 The beautiful bride and her handsome Dad walking up the aisle 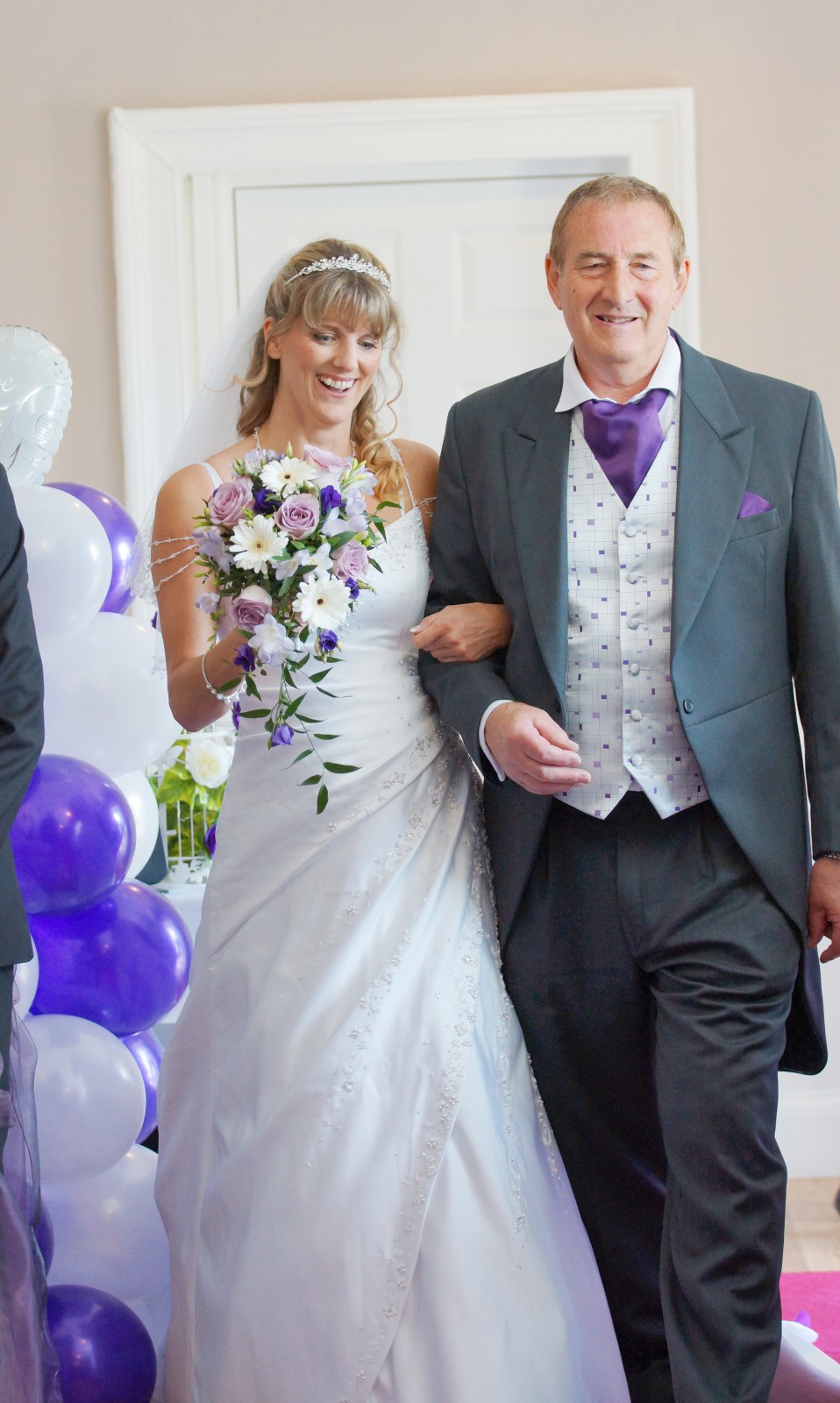 The beautiful cake that she won 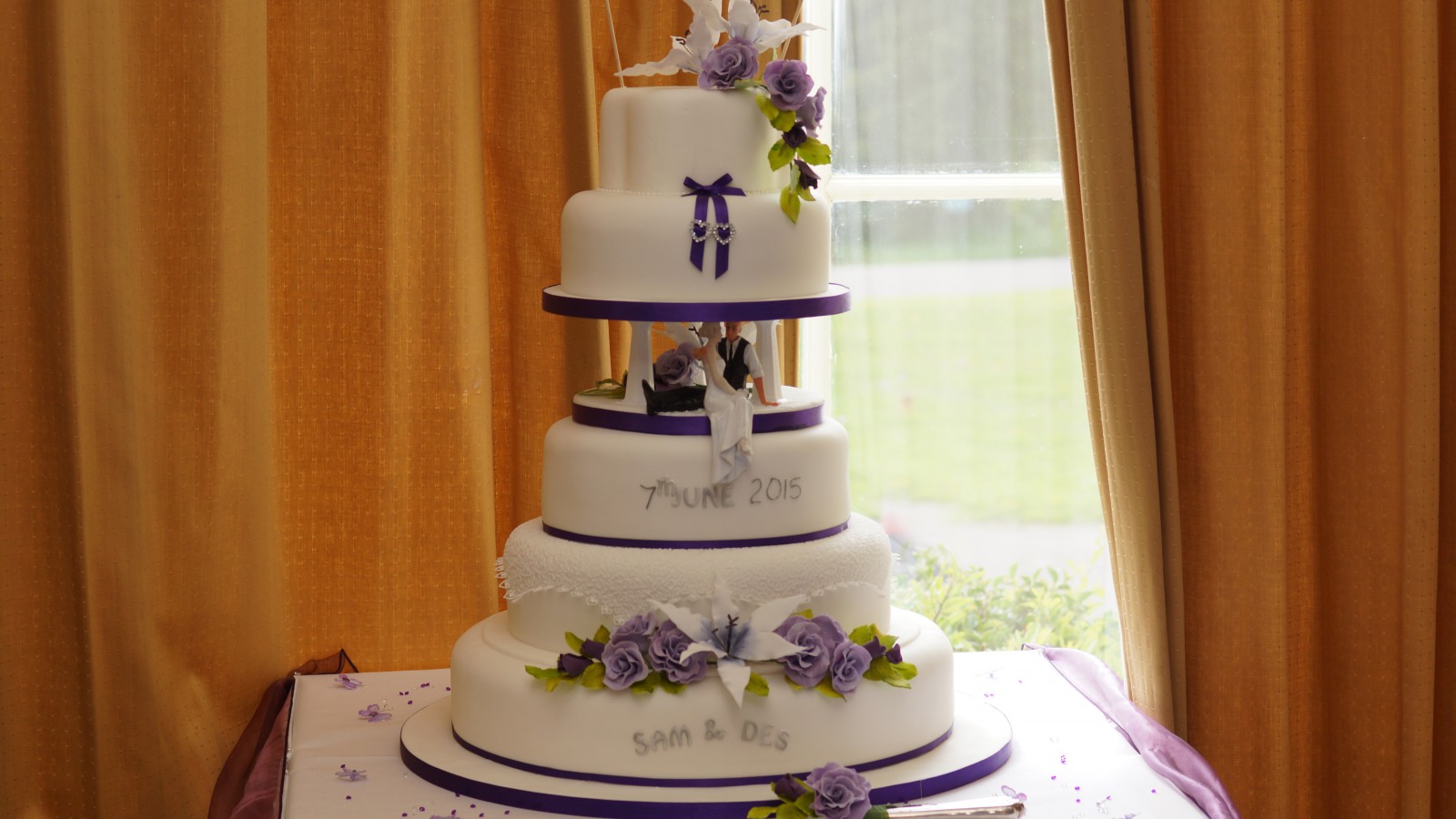 And this is 5 generations. With me on the right, with my Mum seated. Then going from right to left, Mike, (doesn’t he look handsome in his suit, you wouldn’t believe the fuss that was made over wearing that!) then the bride and her son. Standing next to him is my elder daughter and her daughter, then the brides daughter, who is holding my great grandson. A treasured pictue and one we were hopeful we would be able to get. I am trying to work out how to change the colour of Mum’s top so that it is the same as the dresses! 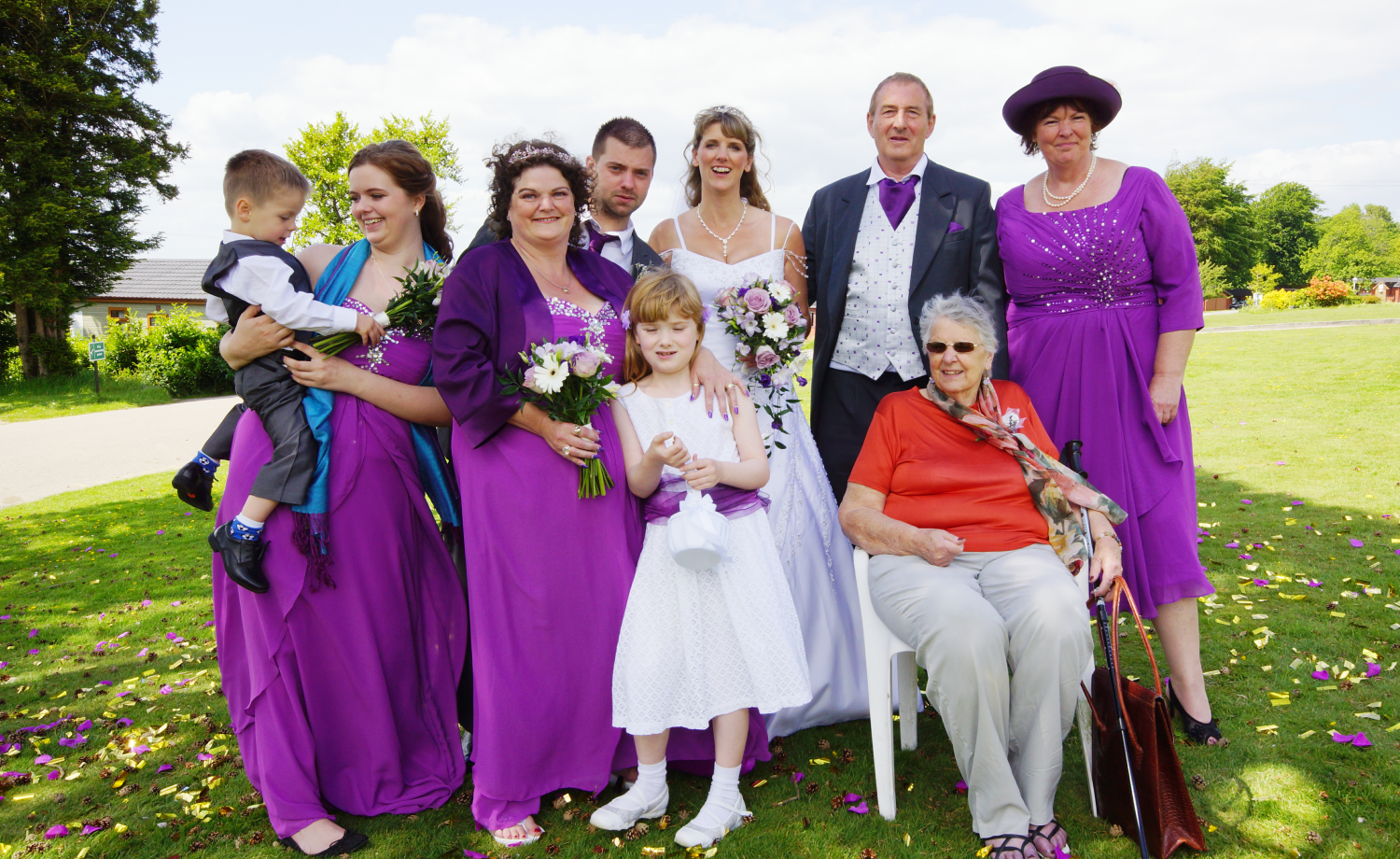