Apple Curd – a huge jar for 85p, and that’s if you have to buy the apples!

Apple Curd – a huge jar for 85p, and that’s if you have to buy the apples! 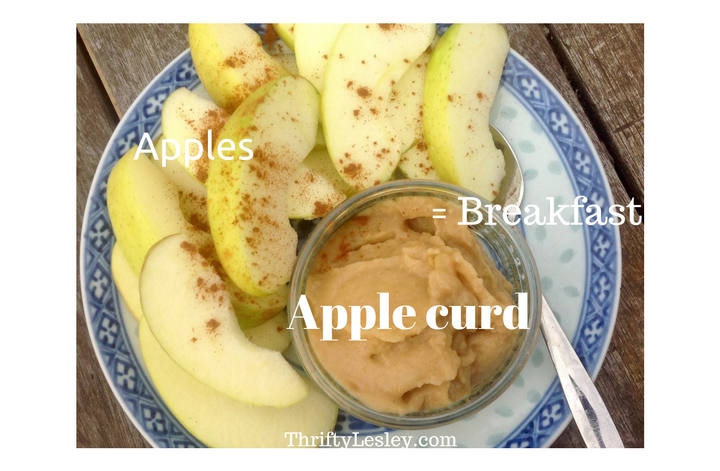 This Apple Curd recipe originated from the wonderful cheap family recipes. The original uses oil, but I have substituted butter as I think it works better.

I have been using apples in lots of things lately, as I have had quite a few from the garden. I’ve practically been having one with each meal! These particular ones I am using today are pretty sharp and could be used as cookers. The sharpness gives enough flavour to be used for something like this. Anything sweeter makes a rather bland and tasteless curd. It’s quite a gentle flavour as it is.

If you have apples in the garden, or can forage some, this costs just 21p a batch!

Bramleys are currently £1.60’ish and it’s a good time of year to get them. At the time of writing, Aldi have 270g jars of bramley apple sauce for 45p. That would work out to the same price per kilo.

Peel and core the apples. Chop into chunks and put into a saucepan with the sugar and the butter. Cook extremely gently until the apples are puréed. You might need a splash of water.

I used muscovado sugar because I love it, but any sugar is fine.

Whizz with a stick blender and pot into a jam jar. It will keep for a couple of weeks in the fridge. If you aren’t going to use it in that time, pop it in the freezer.

If you like, add a couple of teaspoons of mixed spice or cinnamon, or the zest of a lemon. Or even both. Or add some ground cloves, or infuse a clove or two whilst  the fruit is cooking down. I hated the smell of cloves when I was a child, but I love it now!

This is lovely on hot, buttered toast for breakfast. I’ve also enjoyed it with a banana. I scooped some onto a plate, sliced the banana and ate both together, using a teaspoon. Or you could do double apple. Slice an apple and dip it into the curd, that was lunch today! Wonderful on hot buttered crumpets or scones too. I have some cacao nibs in the cupboard, a small sprinkle of those on top would be fab. I couldn’t have that – instant migraine – but Mike could.

To make it vegan, or to tie in a bit more with clean eating, swap out the butter for a vegan spread or coconut oil. Make sure the spread sets hard at room temperature or you will have more of a puree than a curd. 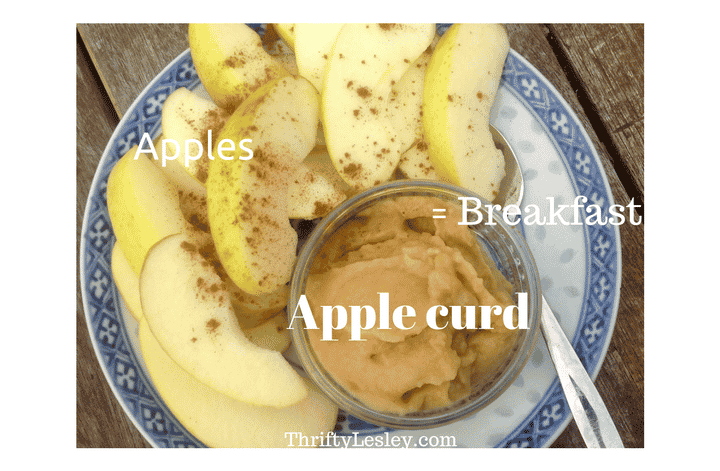