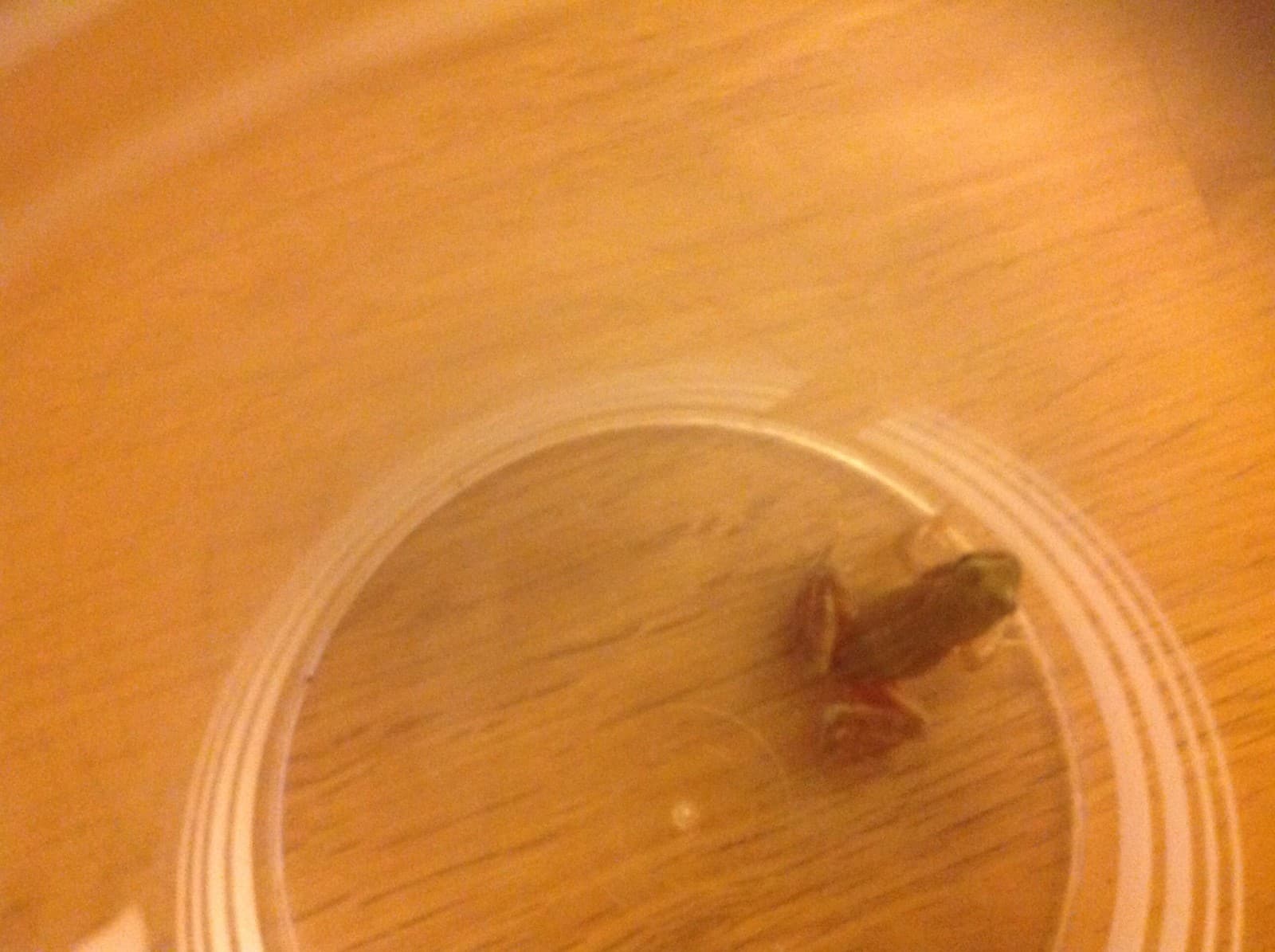 We had a little visitor tonight. DP had gone to the bathroom and after a small interval, I heard an exclamation, laughter and talking.

He had lifted the loo seat and found this little frog tucked into the back and looking back at him!

Goodness knows how the little chap had got there. How could he have climbed up the toilet bowl, inside or out? The only thing we could think of was that he had climbed up the outside window, fallen onto the window cill, then fallen again onto the toilet.

After a bit of a chase, DP cornered him and got him into a jar and popped him back outside, where he belongs.

Had peanutty noodles for dinner this evening. After all my lunches out last week, I was determined to have a ‘good’ day today. I’ve been starving all day, even though I’ve had quite enough calories. Just shows how easy it is to get used to eating too much again.

We’ve been fairly busy in the kitchen today. DP has been doing all kind of electrical and plumbing things as we are doing the part where the sink, washing machine and dishwasher are.  But today, we placed 2 more cupboards, and although they don’t have the doors or worktops on, I loaded them up. We don’t have proper lights yet, and it gets pretty gloomy out there after dark,  so I couldn’t take a picture of them this evening, so I’ll do that tomorrow, in the daylight. Doesn’t it get dark quickly now? 6pm and it’s getting dark, and at the end of the month, the clocks go back, so the evenings are even longer. Still, no matter, it won’t be long until the shortest day, then we can start climbing back out of the gloom again.

DP is watching The Apprentice, which I don’t like, so I thought I’d load up some more recipes on the tables I am building. But for some reason I was signed out of the blog on the computer, the login won’t accept the password that I know is right, and the reset password thing won’t work either. I am still signed in on the iPad, so that is what I am using, although it can’t do the tables on this. Technology, gah.

Well, how very odd. I’ve just done the old IT thing and turned it off and on again, in this case, Internet Explorer. No change. Then changed browser to Firefox, and ta dah, I could sign in. How strange is that.

So, I’m going to go and load some more links to the table Dinners.