A day at the SHOMOS

A day at the SHOMOS 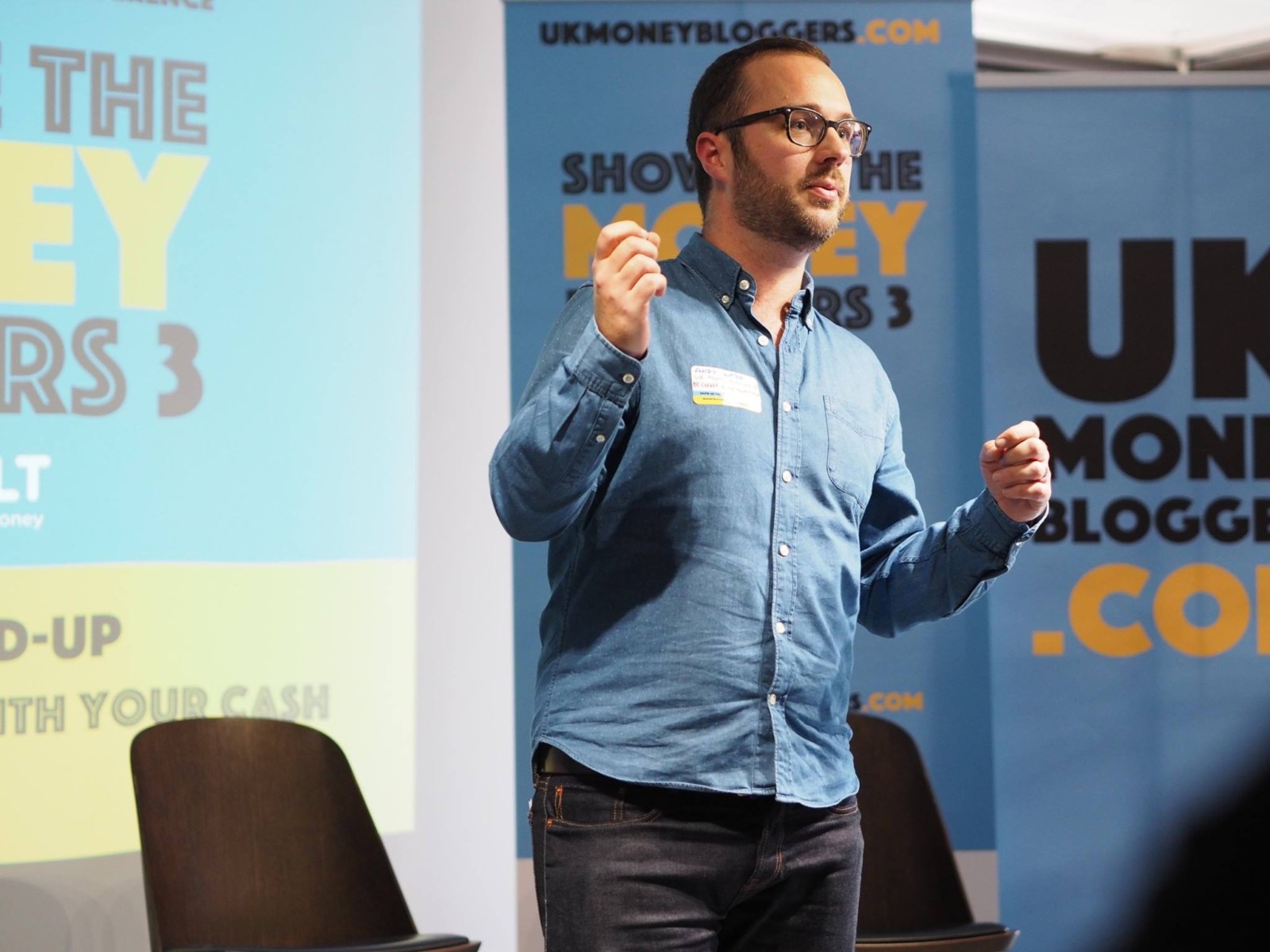 Last Saturday, (ye gods, a week already!) Mike and I went to the 3rd annual Show Me The Money Annual awards, the SHOMOS. It’s a group of UK Money Bloggers

I have learned such a lot from this generous, entrepreneurial and dynamic group of people in the time I have known them.  So I was really looking forward to the day. It promised to be an interesting day and so it was. The picture at the top is Andy, from Be Clever With Your Cash, the mastermind behind UKMB

After the initial welcome and what have you, the first session was presented by Yolt a company that has developed a free app for personal budgeting. I have been testing and playing with it for a few weeks. It’s a useful little tool that can help you set and track budgets. It picks up everything from your account automatically and puts each transaction into a category, like shopping or groceries, which is really good. I would like to see it being able to record money spent in cash, and it can’t cope with more than one account of the same type. So only one Santander 123 for instance. But it’s improving all the time. I know there are other budgeting solutions out there, but this is free, so worth a go. What have you got to lose?

Then we had a panel and a discussion around ‘are we saving enough’, the answer being a predictable No, we’re not. I was interested that many fellow bloggers were talking about saving for many things other than a main goal. Mike and I have focused on our goal and are now reaping the rewards of that focus. Financial independence is worth it. Truly life changing 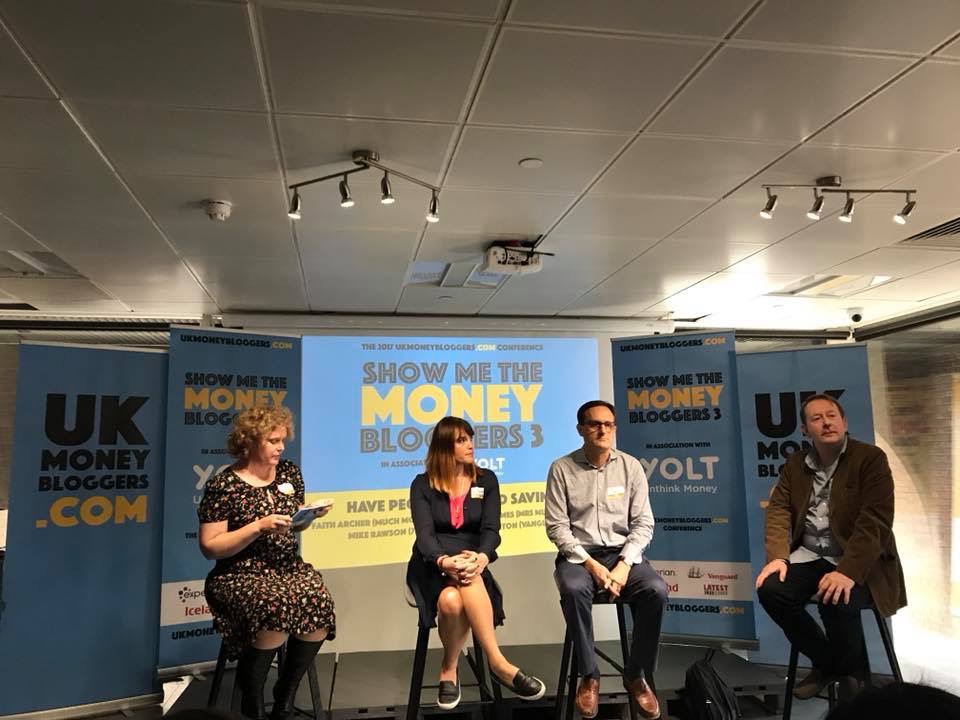 This was a super quick session and we were all furiously scribbling away, trying to get everything. I’m gradually working my way through them to see which I want to use permanently

Sara presented her idea for a reverse advent UKMB Christmas campaign. More of that lovely thing later, I’m hoping some of you will join in

Are you selling out

This was a discussion without much discussion if you know what I mean. We all agreed that it was beyond the pale to do any work for or have any adverts from payday lenders and such forth. No, we are most definitely not selling out

Every now and again, I’m asked about publishing some kind of book. This session went through a few things related to doing that by myself which was very interesting. I’m exploring the idea and trying to work out if it’s something I want to do, if it is, what I would want to do etc etc.

This was about how to use Pinterest best. At all of the sessions that day, I could have listened for a lot more time than we had. It’s both inspiring and frustrating at the same time

Protecting the online you

I mention this session mainly because I am concerned just how many people write on Facebook about their holidays whilst still away. I understand, really I do, I long to do exactly the same. But it is an advert that the house is empty, and often for exactly how long. It is horrifyingly easy to find out anyone’s address

A lot of the UK Money Bloggers have started groups recently, including me. I am very excited about how it’s going, we’re not far off our 2nd thousand and the discussions are starting to really take off now

Then there was time to talk to all of the sponsors about what they did and a bit of networking. I had some fascinating conversations with fellow bloggers and some of the sponsors too about their work.

Some of the lovely bloggers in the photo booth. Mikes terrible face pulling had me in absolute stitches, our pictures were epically awful! 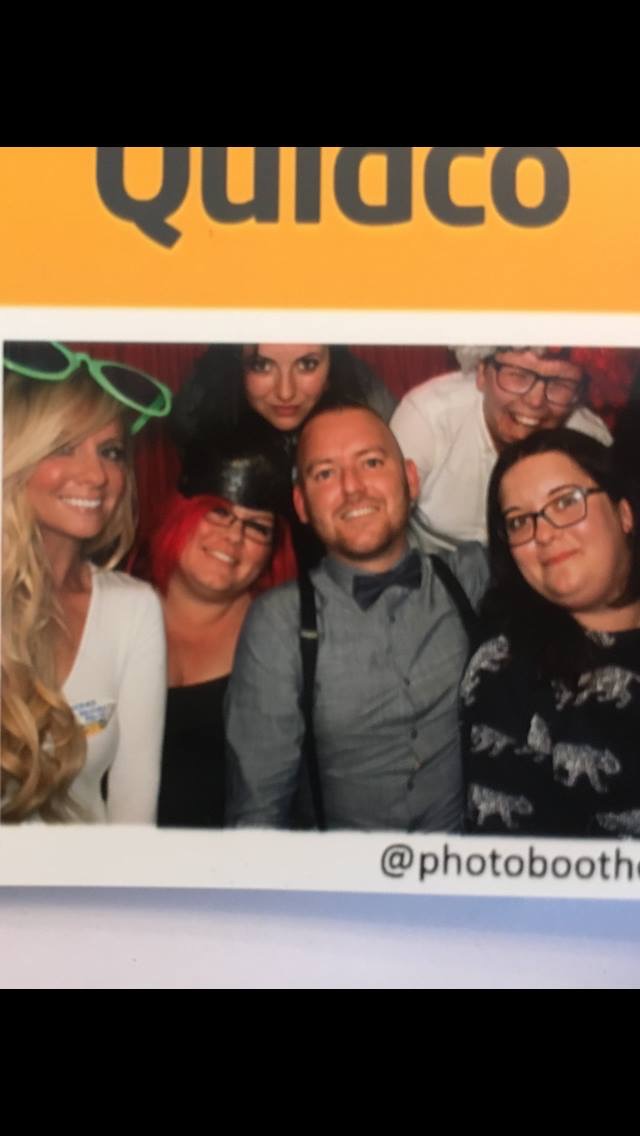 One of the last parts was the actual awards themselves. Seventeen separate awards this year. No award for me, lots of well deserved ones given

Then right at the end of a long day, more networking and some pizza. I spoke to as many people as I could, but the type of conversation I enjoy the most is when there are just 4 or 5 people and you can really get to know someone. Not enough time for that here! I had a great day and can’t wait for next years now. Although one of the conversations had during the day may mean meeting up with bloggers near me which would be great! 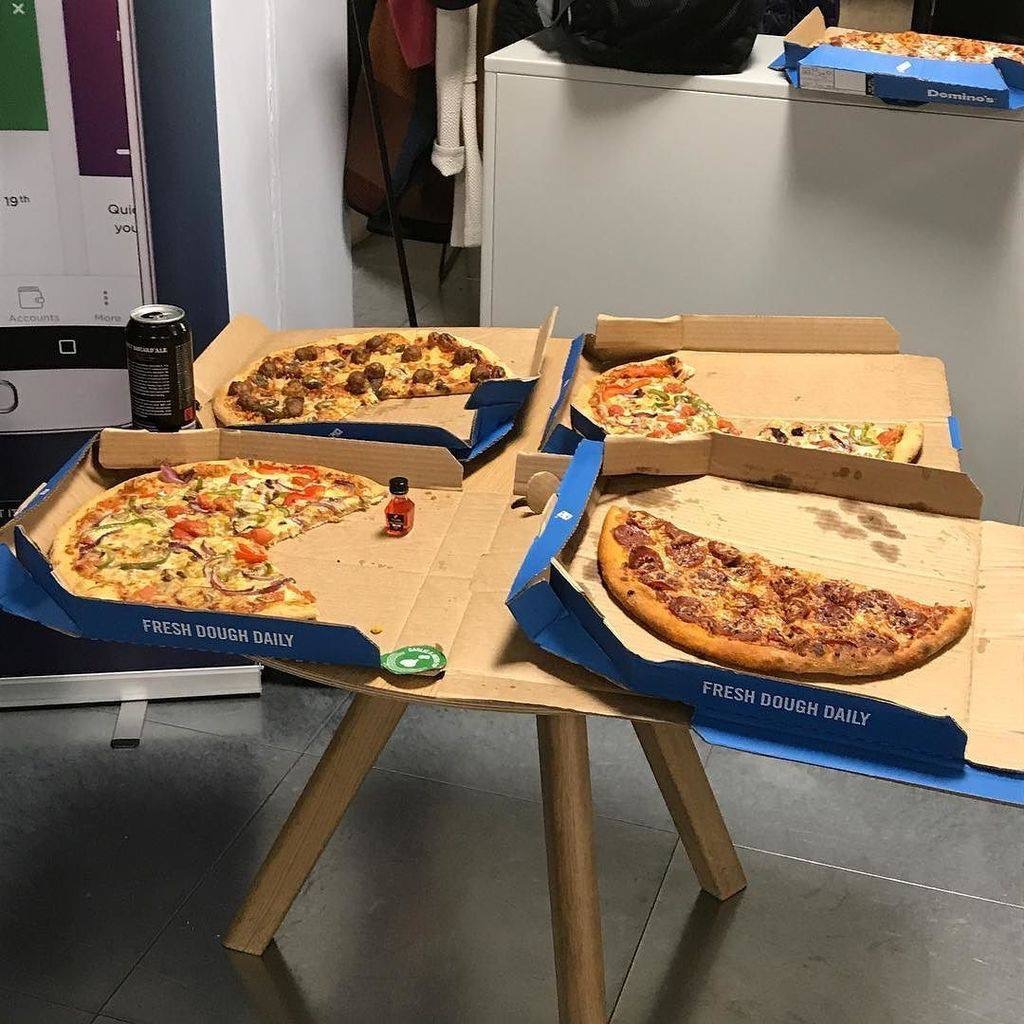