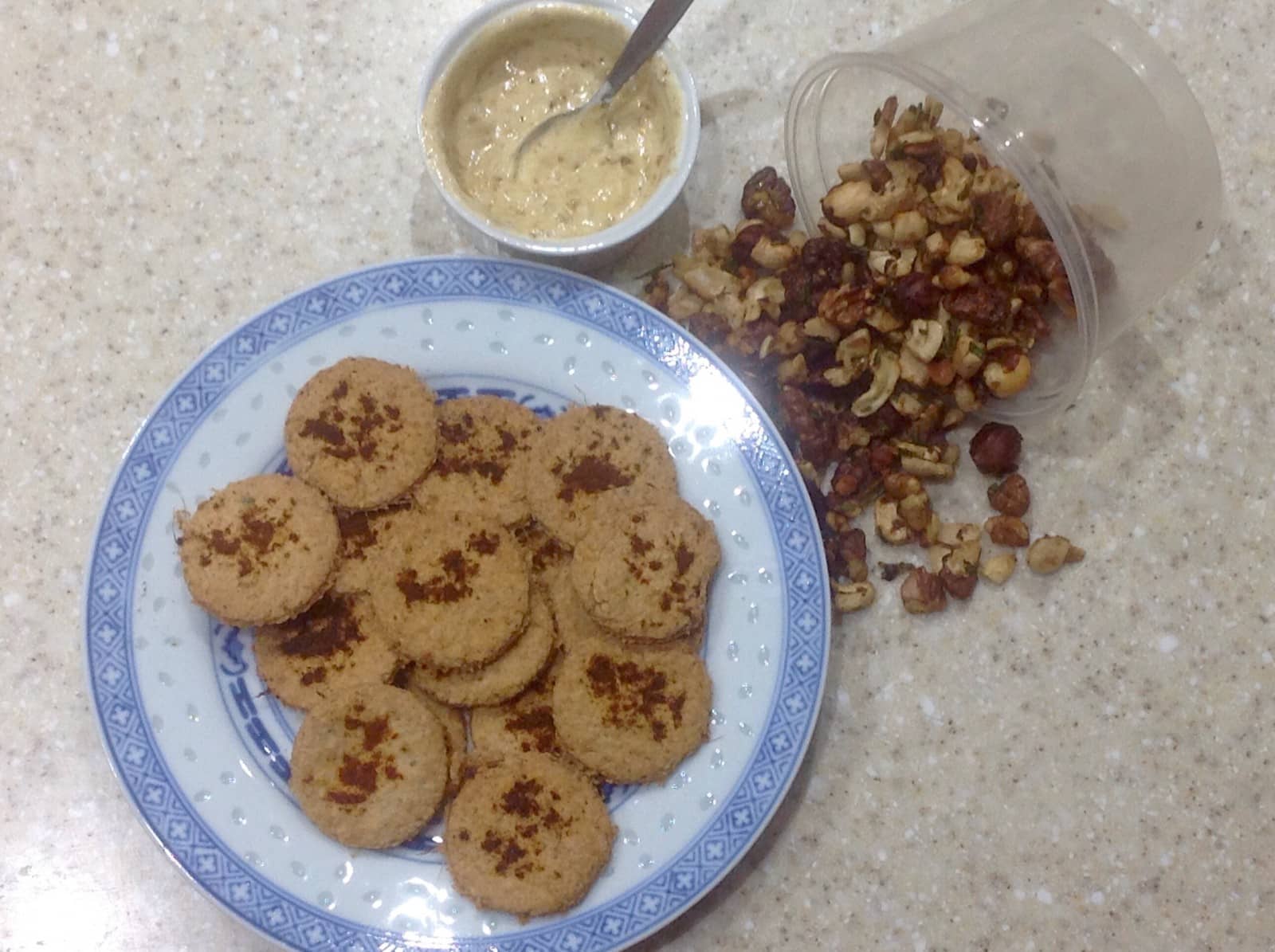 Had the U3A budget cooking group here, at the house, this afternoon. I was wondering what to do. Thought it needed to be seasonal, but most definitely not mince pies. I ended up deciding to do a few nibbly type entertaining bits. We started off with Nigella’s Union Cafe Spicy Nuts. Then moved on to two different varieties of a pastry based one. Then quickly whizzed up a salmon dip and a brinjal dip. After that we played with bannocks and made three different flavours.

The nuts
The spicy nuts are very moreish, good warmed through, or just as they come. I have taken these as a hostess gift, presented in a nice box or in cellophane and ribbon. The spices and herbs can be changed or you can add chilli. I don’t tend to change the recipe myself as I like them just like Nigellas original recipe.

The pastry based ones.
Bought a pack of puff pastry for these. For the first one, I cut off about a sixth of the pack and rolled it out to about the thickness of a 2p coin. Then I spread red tomato pesto all over one half of it and cut it into bite sized pieces. After transferring to a baking sheet, a small piece of tomato was put on each bite. 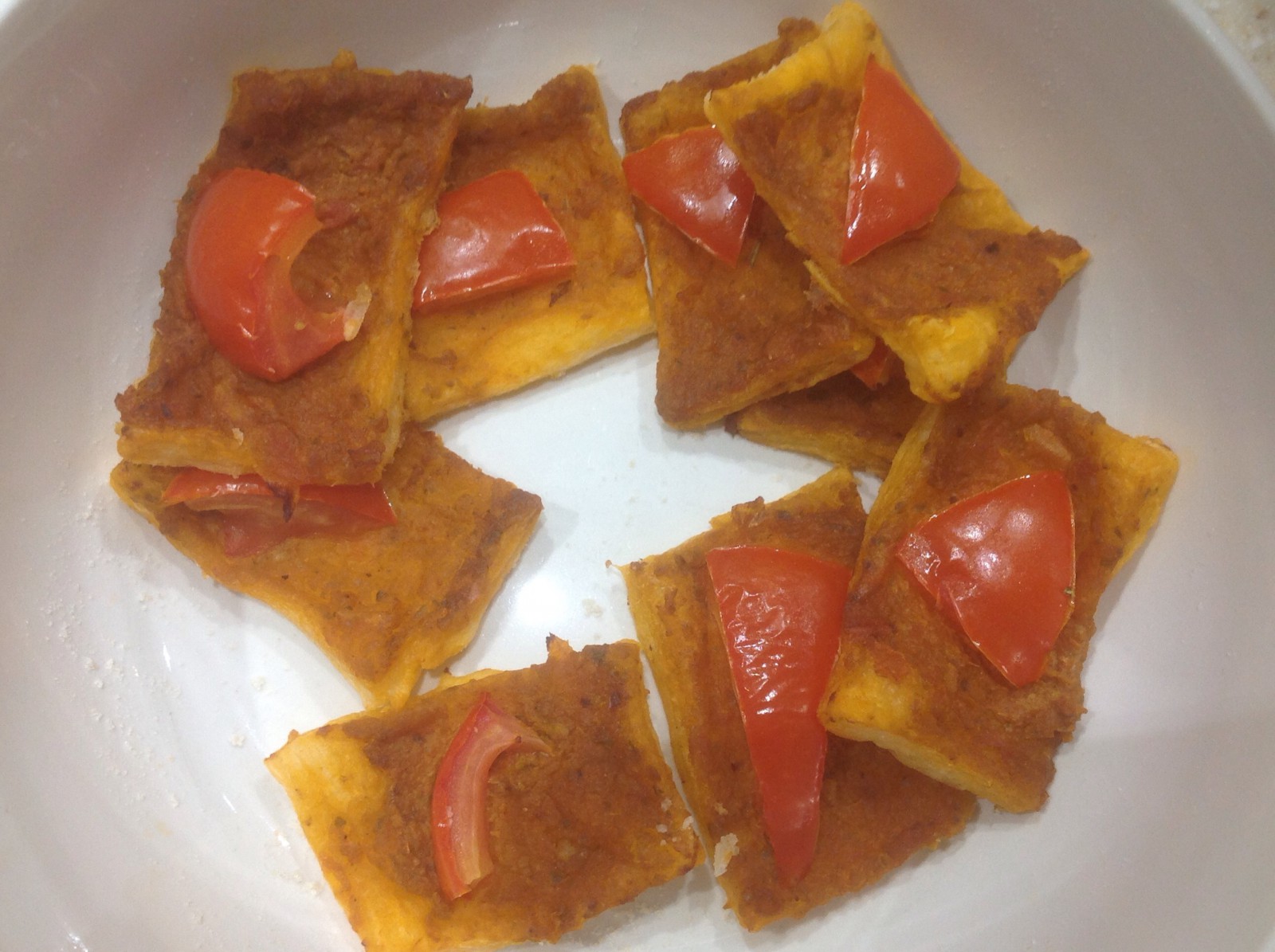 On the second half, I spread a thin layer of Dijon type mustard. Whilst we were on our weekend away, I got a lump of Roquefort, a strong blue cheese, with a less in your face flavour than Stilton. A few little pieces of the cheese were put on top of the mustard. Then both baking trays of bites were baked in a medium oven for about 15 minutes, until the pastry was puffed up and cooked to a golden colour.

The pesto ones were savoury and yummy, as most things with pesto are. The Roquefort ones were surprisingly mild considering how strong the cheese is, and also, very yummy.

Best served warm from the oven. Toppings for these little bites can be varied in many ways. Use a different pesto and the flavour will be different. No pictures of the Roquefort ones, they all got scoffed before I thought to take one!

The dips.
The first one was one I’ve done before. Extremely simple. It is just a good splodge of thick Greek yogurt, with some Pataks Brinjal pickle stirred through. It goes with everything

Good with a curry (as indeed is the pickle just on its own), great as a dip with crisps, tortilla chips and crudités. I’ve also used this as a spread in a sandwich with other things ie lots of lettuce; a slice of ham; sliced boiled egg.

The second one is a steal from eatnotspend  where the blogger uses it as a festive meal starter, as a mousse. I put half a pack of smoked salmon trimmings and half a pack of value soft cheese in a jug. Ground in plenty of black pepper and a few strips of lemon zest and a squeeze of juice. Then I whizzed it with a stick blender until smooth.

Again, this goes with lots of things. Value tortilla chips, on toast or as a sandwich filling (maybe with some thick, crunchy slices of cucumber), crudités, as part of  a mezze, as a starter a la the original poster. At our session this afternoon, the little bannocks were being dipped in both this and the brinjal pickle one, with lots of mmmmm’s going on. 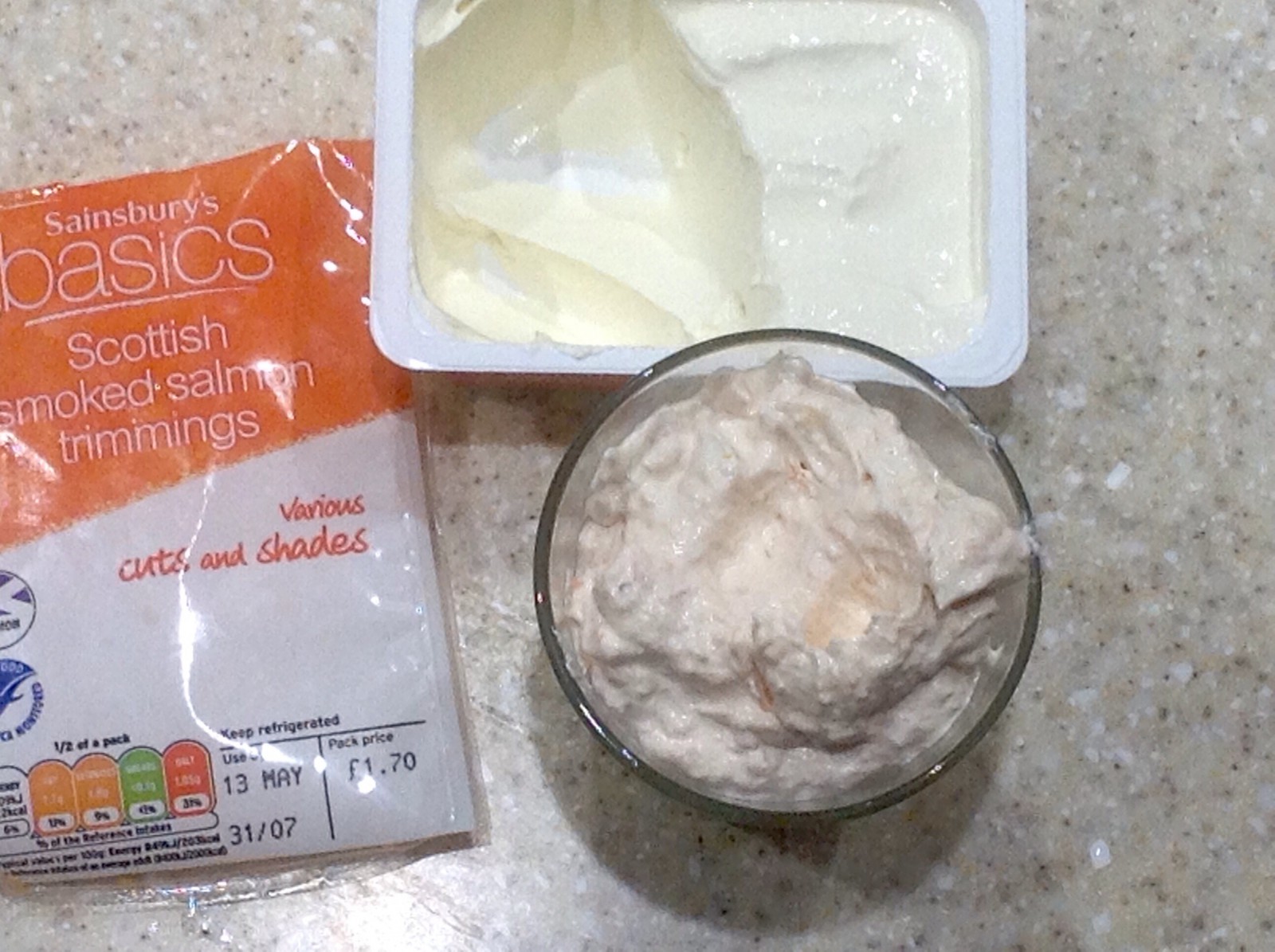 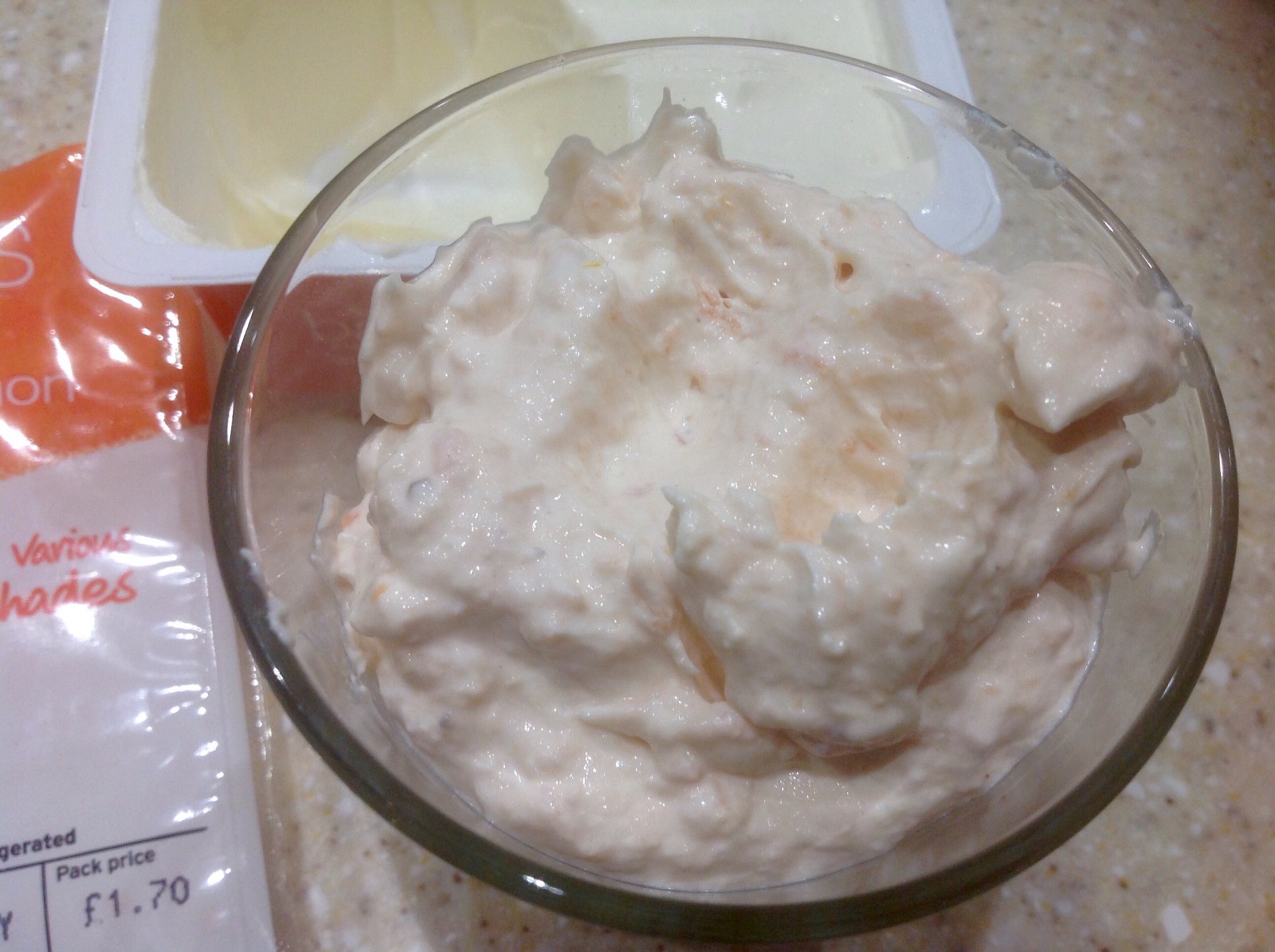 The bannocks.
These started off with the basic bannock recipe. Then I took about a quarter of the mix and mixed in some chopped sage leaves from the garden.

The remaining mix was divided into two. Half had some garlic and fresh ginger mixed in. The other one had a splodge of brinjal pickle kneaded through.

All three mixes were them rolled out, one by one, to the thickness of a £1 coin and cut into small circles and baked in a medium oven for about 15 minutes.

We tried one little bit rolled out to half the thickness, just to see what would happen. It came out beautifully crisp, with a different texture altogether. Another variation!

The sage one would have benefited from more sage, but was tasty. The brinjal one, similarly, could have done with more brinjal in, but the idea really worked.

So, there you have it, a few ideas for nibbles for when you have guests round, that won’t break the bank, and won’t mean you spend all your time in the kitchen.