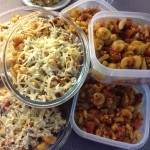 chocolate coinsCHOCOLATE! My goodness I’ve had much too much of it this week. Bad on so many levels – waistline, active fat doing goodness knows what in my insides, glucose levels, skin, migraine……..

I am going to have to seriously diet after Christmas. In mind of this I prepped some charmingly named ‘mince splodge’. Said splodge is quite a standard in our house and is what I expect everyone has a version of, namely mince padded out with various veg and lentils. I made a ragu and mixed it with pasta shapes, then topped it with a little grated cheddar. We had some a couple of weeks ago and it was really tasty.

I wanted to at least attempt to have a lower calorie day here and there over the Christmas holidays, or there is the chance that I shall have to wear my dressing gown all day as none of my clothes will fit. Willpowerless, that’s me

advent chocolatesBefore I get to that, I’ll divert briefly back to chocolate again. Many years ago, must be at least 15, if not more, I got Mike some advent chocolates from Hotel Chocolat. They came in these cute little boxes, and were all encased in a see through plastic box. I asked him to save the boxes as I thought I could re-fill them, but not before the less frugally minded fella had chucked away Day 2. Every year since, I have re-filled each little box with 4 chocolates. Often 2 cheaper ones and 2 posh ones. We have not 1 but 2 places in Heathfield that sell hand made chocolates, and very delicious they are. One is in a shop that sells beautiful cards, bags and jewellery, and not too dear either. I have bought several things there for my Mum since we have lived here; 7 years in January – where does the time go. The other is the deli, which sells completely different chocolates, equally as lovely. I was in there today getting some gorgeous local cheeses for when the family descend on Sunday. There will be 13 people, goodness knows how we are going to seat them all, we have just the one ordinary sized sitting room, no dining room, although we are in the midst of pushing out the back wall of the kitchen by 4 metres to make a beautiful family kitchen/diner – more of that another day. We will struggle with crockery and cutlery too. It will be hot, cramped, noisy and chaotic, the cookathon will begin tomorrow as I prep and I shall love every barmy minute.

4 chocolatesAnyway, this year, I got Mike some dark Lindt round chocolates and some from the gift shop. He only really likes dark chocolate and gets some from Aldi that is dark and luscious and stuffed with toasted hazlenuts – drifts off in a revelry of chocolately loveliness……..

I pop Day 2 just in the plastic case, as the little box got thrown away, and put there the 2 large medallions I had got. I think these would be fairly easy to make, and I could use the 30p value chocolate. They just need to be melted and dropped into a roundish shape and then a couple of nuts and raisiny type things put on top before it sets. Pop them in a little box or shoosh them up with cellophane and ribbons, and there you have a nice little gift. Useful for birthdays, hostess gifts, stocking fillers etc. The kids could do them for their friends, or maybe not – too much mix might ‘disappear’!

imageso, back to the mince ‘splodge’, you will need

I got the minced beef from Aldi. It was £2.79 for 750g, British beef and the fat level stated was not too bad. I can’t tell you what it was, Mike has bagged up the remaining mince, put it in the freezer and thrown away the box – drat! On cooking, the amount of fat rendered was fine, and the flavour is good too, so a good product.

Put the tiniest amount of oil in a nice big pan, just to stop the mince from sticking before it has rendered any fat out. Then fry it with the onions until the onions are soft’ish and the mince is brown. Squidge the mince so that it has all broken up, it needs to be well distributed once we have added everything else.

Now add everything else except the pasta and salt (the lentils may go hard if you add the salt now), rinsing out the tomato tins with a little water. Simmer gently for about half an hour so that everything melds together nicely. You could do this in a slow cooker. The long slow cooking gives a better flavour, but if you can’t, don’t worry. I hadn’t planned on using the tomato puree, but it definitely needed something else. Season it up with whatever you want to get a good deep flavour, and add the salt now. If you have any, a big glassful of red wine added at the beginning of the simmering will do wonders for the flavour. You could also try adding thyme or bay leaves, maybe some cranberry sauce/ grated apple/ soy sauce/ Worcestershire sauce/ tomato sauce or brown sauce. Add a little bit at a time of whatever you want to try, taste it, then carry on

While the mince mixture is cooking, cook the pasta in plenty of salted water. Then when everything is ready, mix the two together. If the pasta is cooked well before the mince, drain it and add a tsp of oil to stop it welding itself into one big mass.
I have thrown in a few mushrooms that were on the turn, but not included those in the recipe here. I have also used up several packet ends of pasta, so the ones in the picture are not penne. The picture shows my 3 pyrex dishes that I love and use so often, the remaining 3 x 2 person portions are in boxes, ready for the freezer. We will have a 2nd one tonight, and the 3rd pyrex dish will go in the freezer

I had calculated cost and calories on 8 portions, so was very pleased when I actually got 6 x 2 portion dishes from it at 300g each portion. I had always done portioning by eye until Jack Monroe started doing her ready meal comparisons and spoke about them being 300g. Not being a ready meal purchaser, this fact had completely passed me by. But now I find it very handy with my trusty digital scales to portion things out.

If you have put your portions in oven proof dishes, sprinkle the grated cheese on now, otherwise wait until you cook it. You will probably want the cheese on top where you will be able to taste it and not all mixed in as you transfer the mix from a box to an ovenproof dish. I have used 20g per 2 portion dish, but 15g would have worked just as well.

serve with a few veggies. We had cabbage and cauliflower yesterday, will probably have sprouts and something this evening. Although this is filling, if you have heartier appetites to satisfy, a jacket potato would be lovely, maybe with some butter mushed in

You can add all kinds of odds and ends from the fridge. When the kids were small, they used to like baked beans in it. I have used chopped celery, mushrooms, spinach, runner beans, swede and turnip. I have added cooked white haricots, red kidney beans would take in a chilli direction, and you could of course add chilli itself.

Try not to stretch the mince so much it loses all its meaty flavour, or you may as well have done a vegetarian version to begin with. 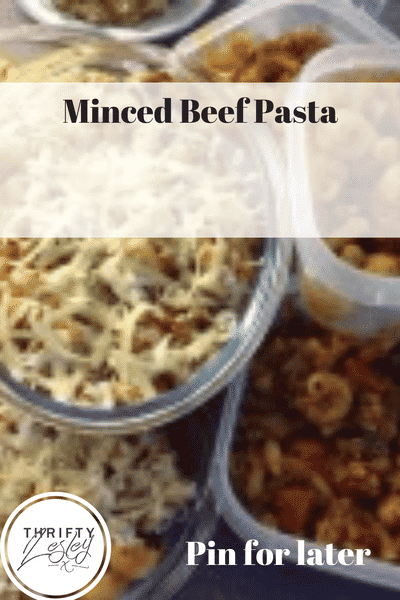