We are still waiting for the porting to the new host to be completed, nearly there now. It’s been ages since we spoke and I couldn’t wait any longer! There have been lots of things going on that I wanted to talk to you about and couldn’t.

One of the exciting things is that we are in Woman’s Own this week. The one with Judy Finnegan on the cover. I tried to get a picture of it from the web, but it wasn’t having any of it. I’m the Quid Queen me 😉 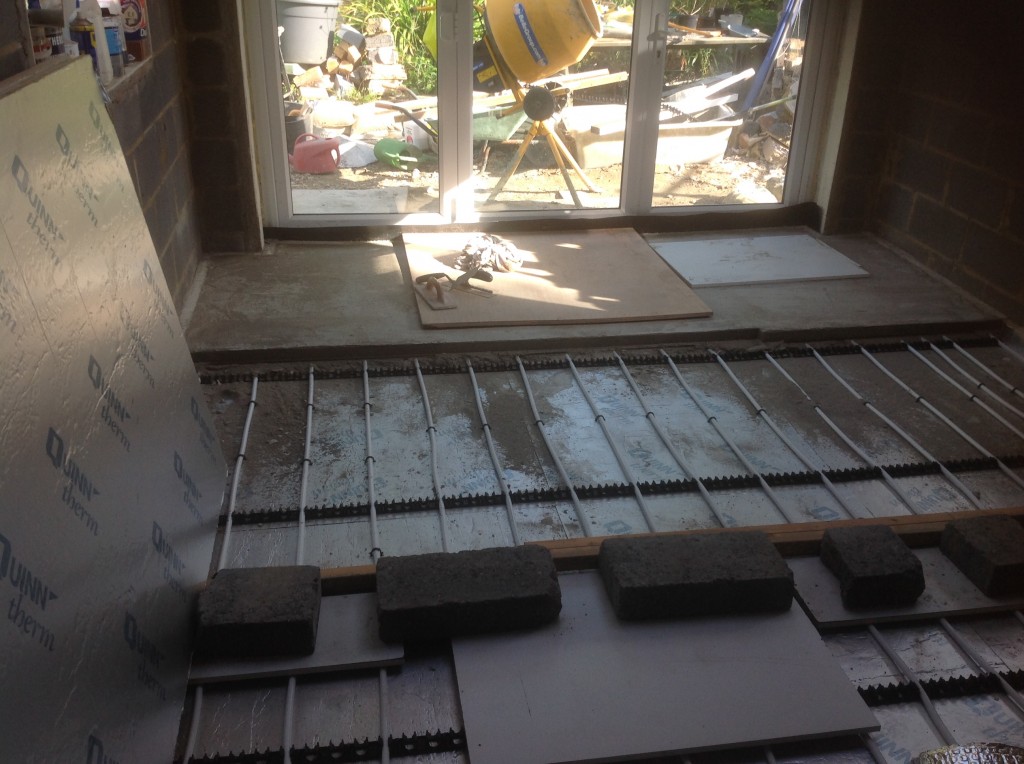 The kitchen has been coming on apace. The plumber has been in and laid the pipes etc for the underfloor heating in the new part. Shame it couldn’t be in all of the kitchen. Can you imagine how disruptive that would be! DP has laid the screed on a third of the floor nearest the new doors. Tomorrow, when it has hardened a little more, we will be mixing up the cement to do the other part. It’s not a very good picture I’m afraid, but I’m not allowed to walk on the floor today, so I couldn’t get round to the other side to take the picture from there. Or at least, I could, but I wouldn’t be able to open the doors. I’ll take some more pictures tomorrow.

The new hob has arrived and I can’t wait to get playing with it, although, of course, I must.

I have been amusing myself by doing another meal plan while I was waiting. So as soon as we have been ported over, I’ll load that up.

If you have apples in the garden, are any ready yet? Our Discoveries are ripe and ready to eat now. They are the earliest apple, but even so, it’s very early. The Brandywine tomatoes in the greenhouse have been exceptionally delicious. They are a heritage beefsteak variety and well worth seeking out. They will grow in the garden, but they much prefer the scorching heat of a greenhouse. I have a spare one that I put in the garden and it is about a third the size of the greenhouse ones.

I won’t witter on too much today. I hope we can be on the new host soon, then I can upload new things, pictires of the tomatoes, and the watercress which is doing brilliantly,  etc