Three week review and too much temptation

Three week review and too much temptation 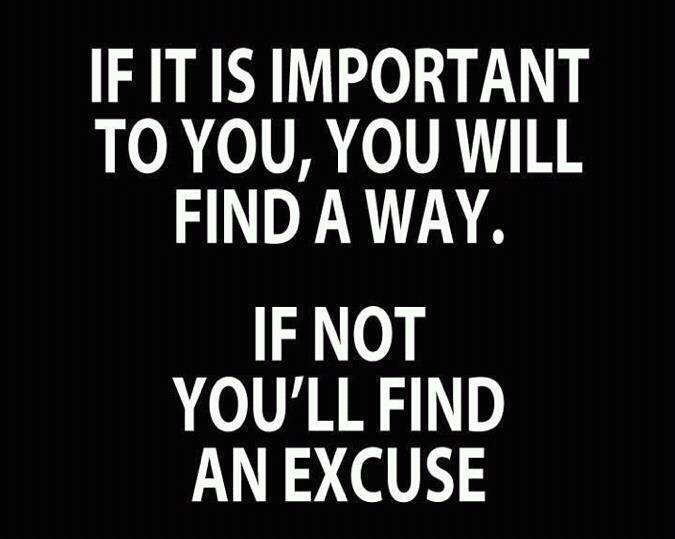 Back at the gym

Had my three week review at the gym this morning. I had lost 1lb on the scales up there. Wasn’t even expecting that to be honest. Alex, my coach, went through everything. He examined in great detail the report I had printed off from myFitnessPal showing everything I’ve eaten over the last three weeks. He asked how I felt physically and mentally, what the workouts felt like etc etc

Then we went off to a private room where all my measurements were taken again. Much to my amazement, they were all down! The best one being 10cm off my hips! Do you know I hadn’t noticed a thing!! I’m now feeling very pleased that I trusted in the process and kept going in the teeth of what felt like little progress – and extremely motivated.

Alex said to keep the calories at 2500. It takes an age to enter everything into myFitnessPal to make sure I’ve got the balance right,  but it’s an easy diet to follow in that I don’t feel hungry ALL THE TIME, which I have on every other diet I’ve tried. And there have been a lot. In fact, I rarely feel hungry at all. Coming up to mealtimes I think, oh, I could do with something to eat now. But it’s easy to resist those things I don’t want to have as there is almost always something else I can have instead. Sometimes I have to exercise a little willpower, but that finite resource is used so infrequently, I rarely cheat. My sweet tooth is well and truly under control. If you waved pudding under my nose, I might find it difficult, but I’d probably be alright.

Alex will be writing new workouts for me for each of the four days I go up there, and asked if I could make it five. I said yes, alright, so even more gym time coming up

He also changed the balance of what he wants me to eat. So it’s now low carb, high protein and fat for the next few weeks. I’m in the process of rejigging what I had planned to eat this week to comply with that. Apparently it helps with the weight loss as it keeps a body guessing rather than becoming too comfortable with the exercise and nutrition that it’s been having.

I have just taken a series of pictures whilst wearing just a camisole and leggings, not an outfit I would normally subject myself too. I was supposed to do it during week one, but I completely forgot.

I took one facing right and left, from the front and the back. Ooh, yuk.

Especially the one from the back. I’ll take another series during weeks eight and twelve, and so on. I might show you one or two at some point, but not until I can say I don’t look anything like that anymore.

It helps in seeing progress apparently, and they might even use a couple as motivation for others. Ooooh (hides under sofa)

Having said I rarely cheat, I had a slip up this afternoon. I had the U3A cooking group round for the afternoon and they wanted to do puddings. So I showed them how to make Darkest Chocolate Ginger Torte, Raisin Tart and a super easy Sticky Toffee Pudding. I ended up tasting rather more than I had intended and have rather shot today to pieces.

That’s the power of the sugar. Bum. Never mind, back on track tomorrow.