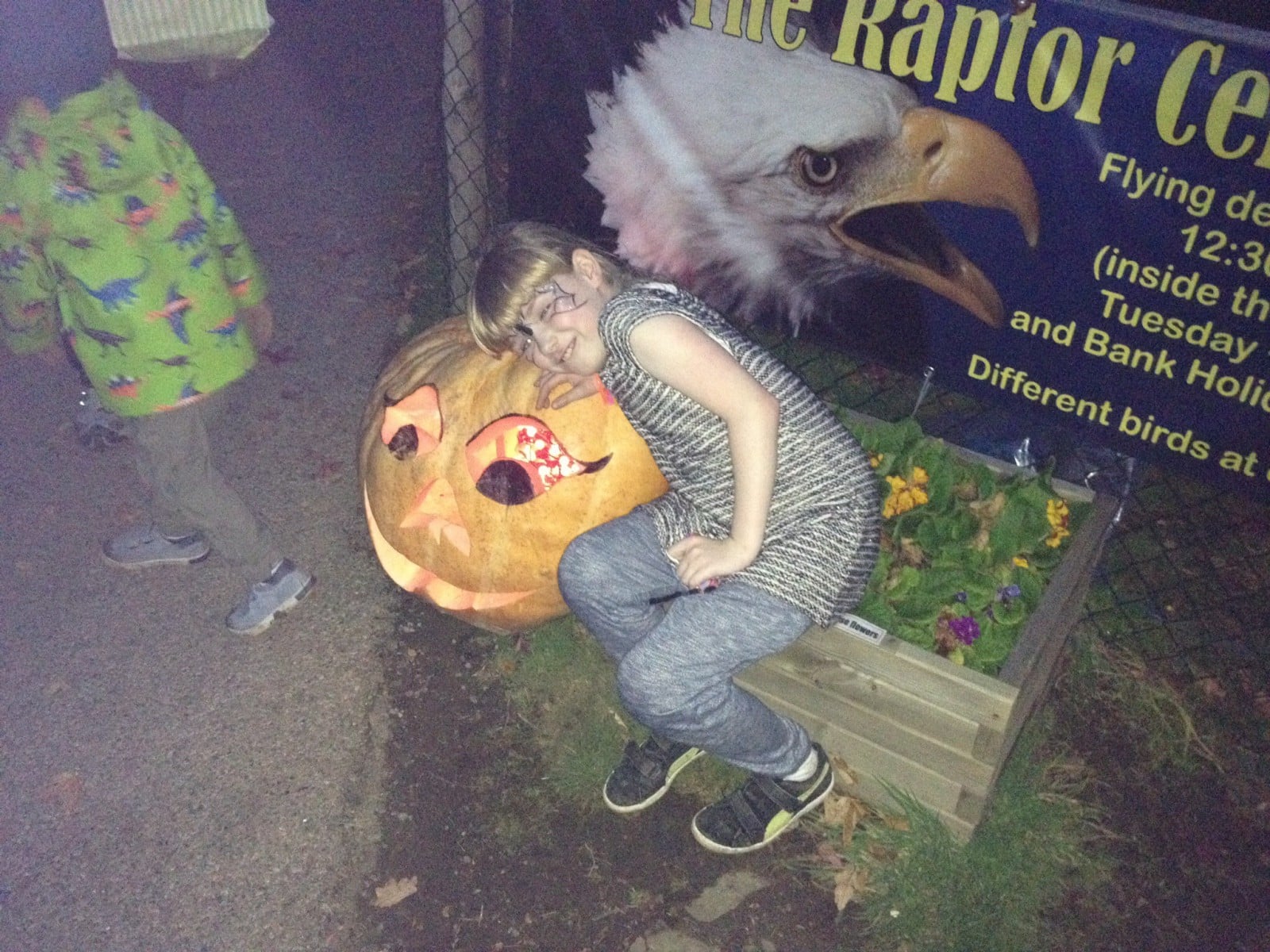 Blimey – I’m exhausted! Took 7 year old DGD back to her Mum and Dads early evening. She was dropping off in the car, and I wasn’t much better! New Husband was driving.

On Monday we went to see the new Transylvania 2 film, in 3D. Very good, recommended. There are enough adult laughs in it to entertain the adults as well as the kids.

We used the big painting kit NH gave me years ago, and we did some acrylic paintings together. We shopped for sweeties for the cinema, wasn’t going to pay their prices! Got a Frozen magazine at the same time and we read that.

We made some chicken nuggets and chocolate ice cream for tea, and she proudly took what was left home with her on Tuesday.

Then yesterday we went to Groombridge Place for the half term activities. It was, of course, very busy. But the hundreds of acres easily absorbed everybody and it didn’t feel crowded. We saw some fantastic birds of prey, including Helga, the bald eagle, who was older than DGD!

DGD then ran, shrieked, screamed and jumped and down for the next 6 hours, periodically shouting come ON slow coach Nanny, to me, plodding along laden down with bags and coats. 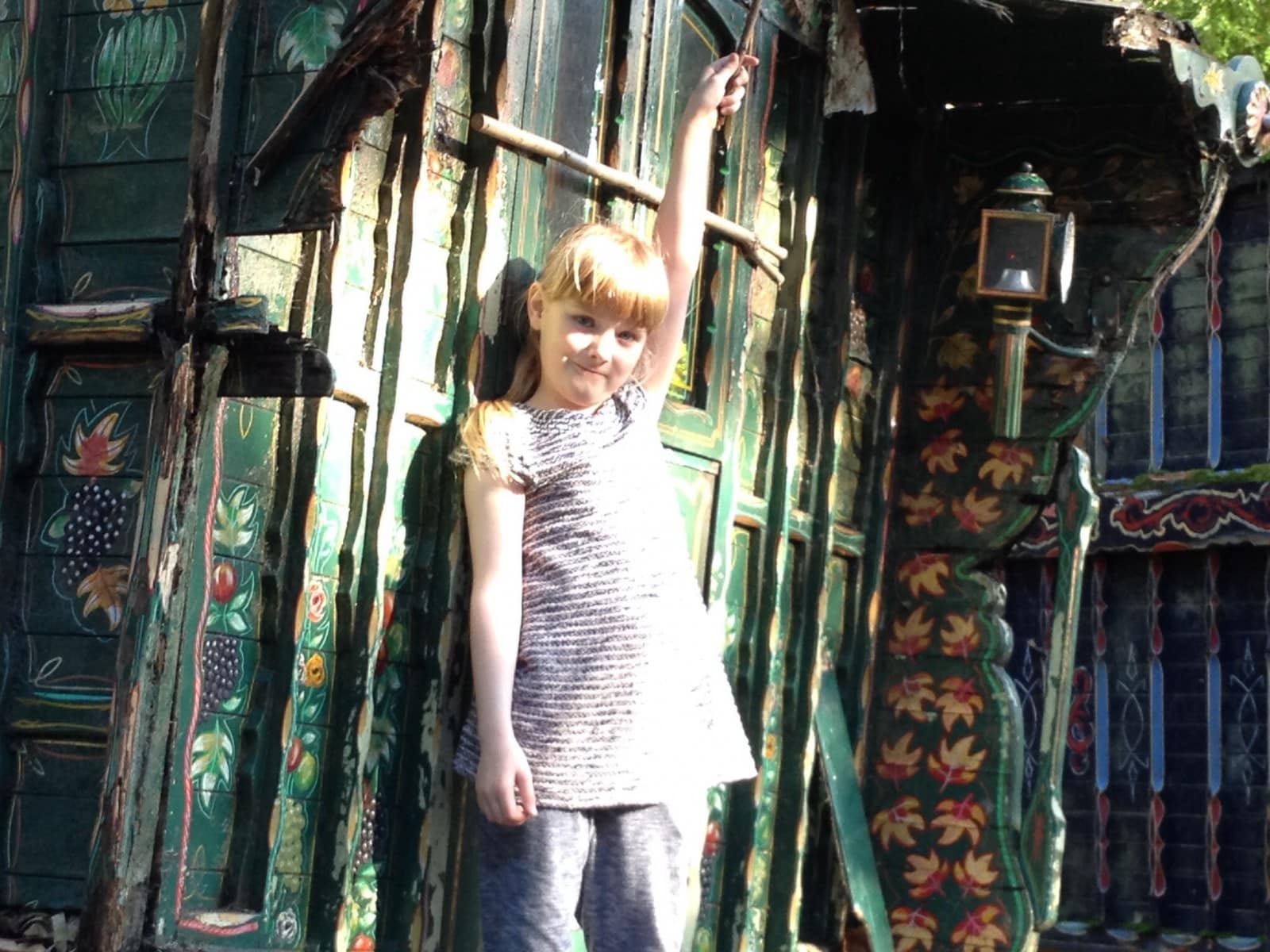 The staff were all dressed up and the Dracula and the Mummy were exceptionally good. We played Dracula Says, (Simon Says with Halloween clothes on);  a variation of What Time Is It Mr Wolf, with the mad Doctor; and who can dance the best. We picnicked in the forest; kicked up autumn leaves; found exciting leaves and acorns; shrieked in the Tunnel of Terror; got face painted; made a magic wand; got lost in the maze; played giant chess; camped out in the teepees; found scary monstors lurking in the forest; explored the gypsy caravans and generally had a great day. 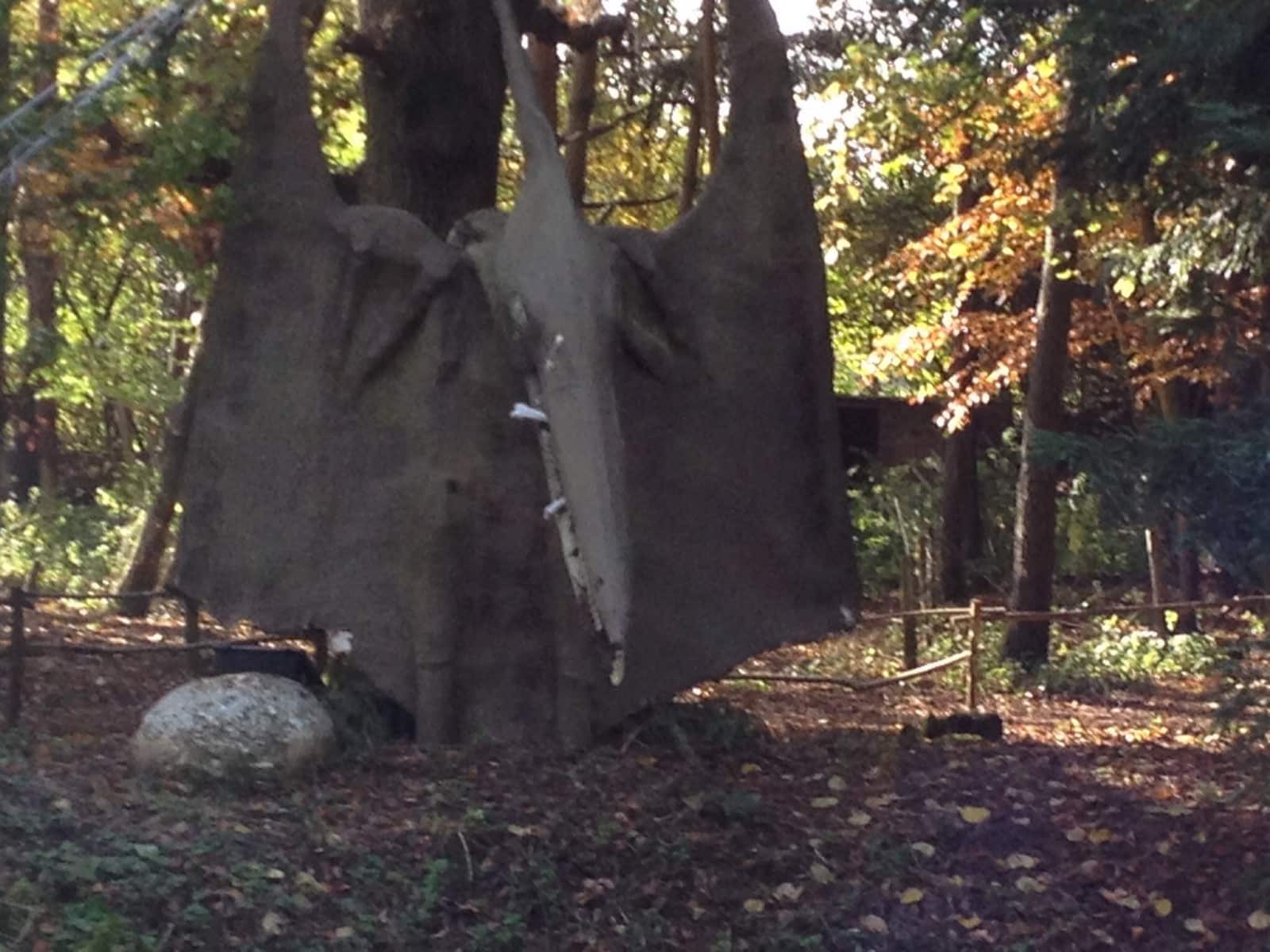 I was worn out by the time we drove home – couldn’t do it every day!