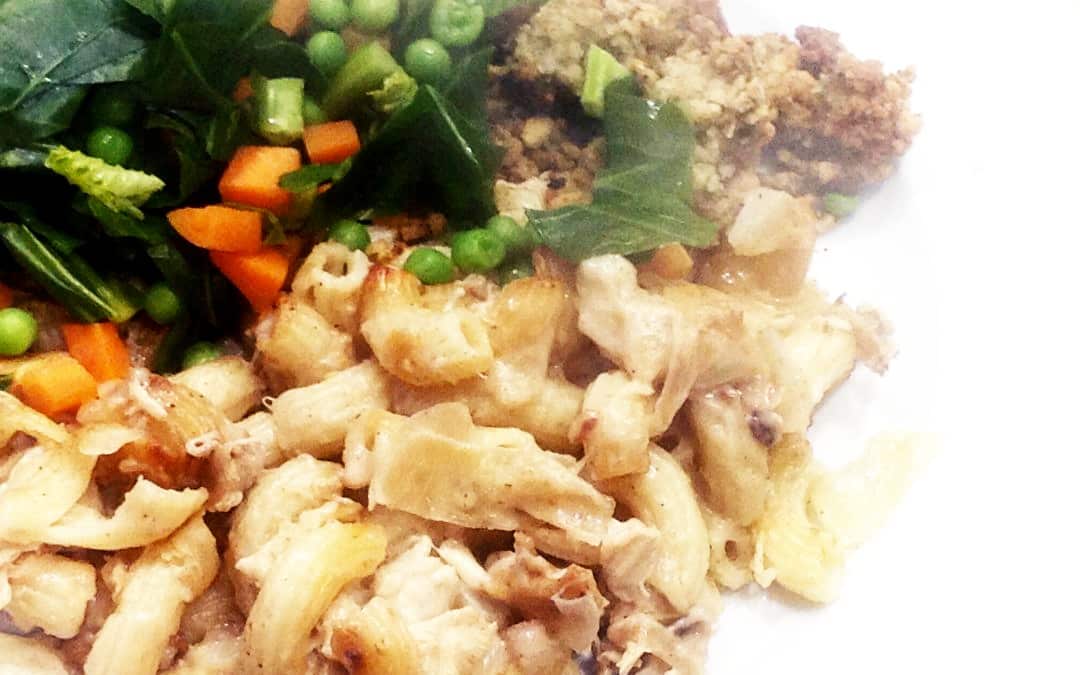 In the end, I didn’t have this Rubber Chicken dish at all yesterday. Late in the afternoon, I checked my diary for something else, and realised that we were due to go out that evening. Good job I checked, had no memory of it at all!

We went to see a performance of Haywire by the local Am-Dram group, at Mayfield, a village 4 miles away. It was extremely good, they were brilliant. And there was an added entertainment of a really loud and raucous table behind us. They were enjoying the performance in an enthusiastic and loudly vocal manner 😯 It was all good humoured, but my goodness were they ever LOUD.

I have just had some of the bake for my lunch, so I could take a picture and write up the verdict

I’m having this Pasta Bake for dinner today. One of the Rubber Chicken recipes, where I calculated that I could get 28 portions from 1 x £4.99 free range chicken.

What was the chicken and onion pasta bake like

To be as fair as I could in the pricing of the chicken, I took the 454g of meat after we had had our roast lunch (from the original post)  and added an estimated 200g of meat for that. So a total of 654g of chicken meat divided by the £4.99 cost, disregarding anything from the stock completely

I used some pasta I got from Approved Foods as that is what I had, value pasta would be fine.

The stuffing provided a delicious crunch and I ended up crushing them up and scattering them over the bake on my plate which worked beautifully.

The bake itself tasted very nice, surprisingly chickeny considering how little there is in there, although I wouldn’t say it tasted mainly of chicken.  Possibly because I had a lot of veg with it, I only actually wanted half of my portion, so this could actually feed 4.

So you could either halve everything and add the same amount of chicken, or double the chicken and divide the mix into 4 portions instead of 2.

Any meat could be used in place of the chicken, so pork, beef or lamb. If you have any lovely home made gravy using the meat juices left from when you had the chicken roast, that would add delicious flavour stirred into the bake.

Any veg could be used to go with it, plain or roasted.

The mustard could be varied to give a different flavour; it could be served with a few fine chopped rings of onion, soak it in milk first to take off that very raw flavour; if you have any herbs available, they would work well, finely chopped, scattered over, or mixed in; you could flavour the sauce with some curry spices or a bit of paste; fry off some mushrooms and stir those through the uncooked bake; flavour the sauce with some tomato purée ; scatter over a few flaked almonds or chopped nuts, or top with some fried peanuts after it has come out of the oven 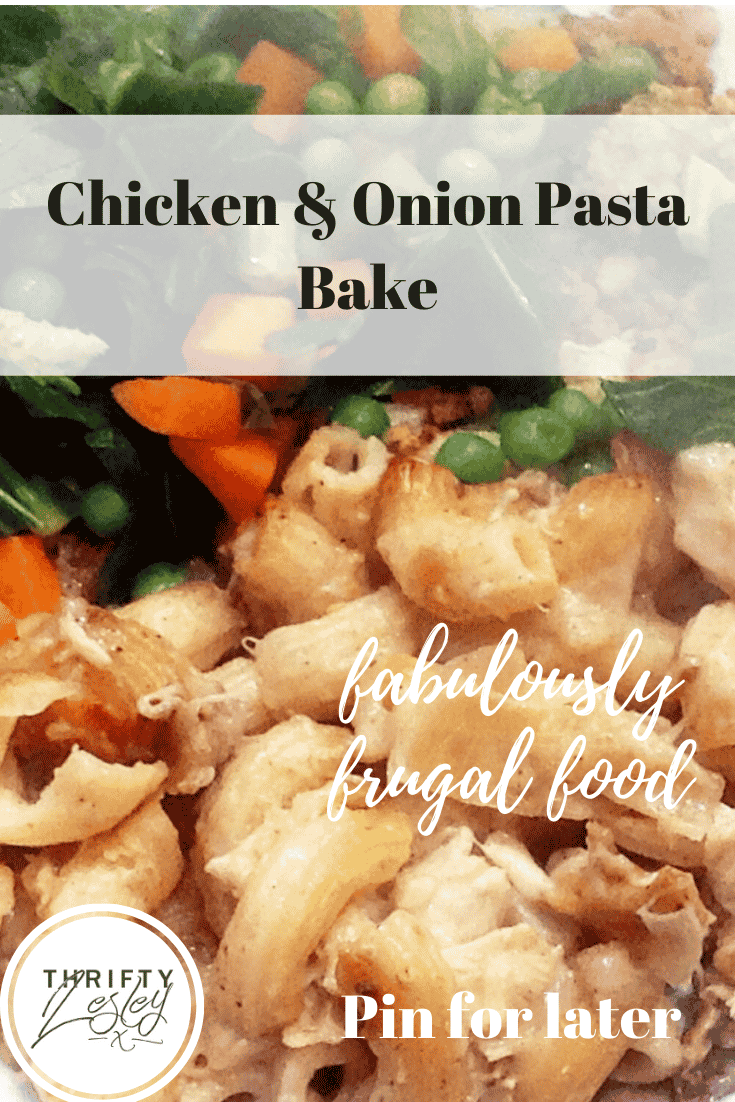 Freezes Well
Servings: 4
Cost per portion 25p
Calories: 374kcal
Author: Thrifty Lesley
Click on the check box to cross off Equipment, Ingredients or Recipe Steps completed.
If you click and buy anything, I may get a small commission on the purchase. It won't cost you anything extra. Some are just things that I like and/or use myself rather than necessarily best value 🙂
If you enjoyed this recipe, would you please consider leaving a review? It would really help