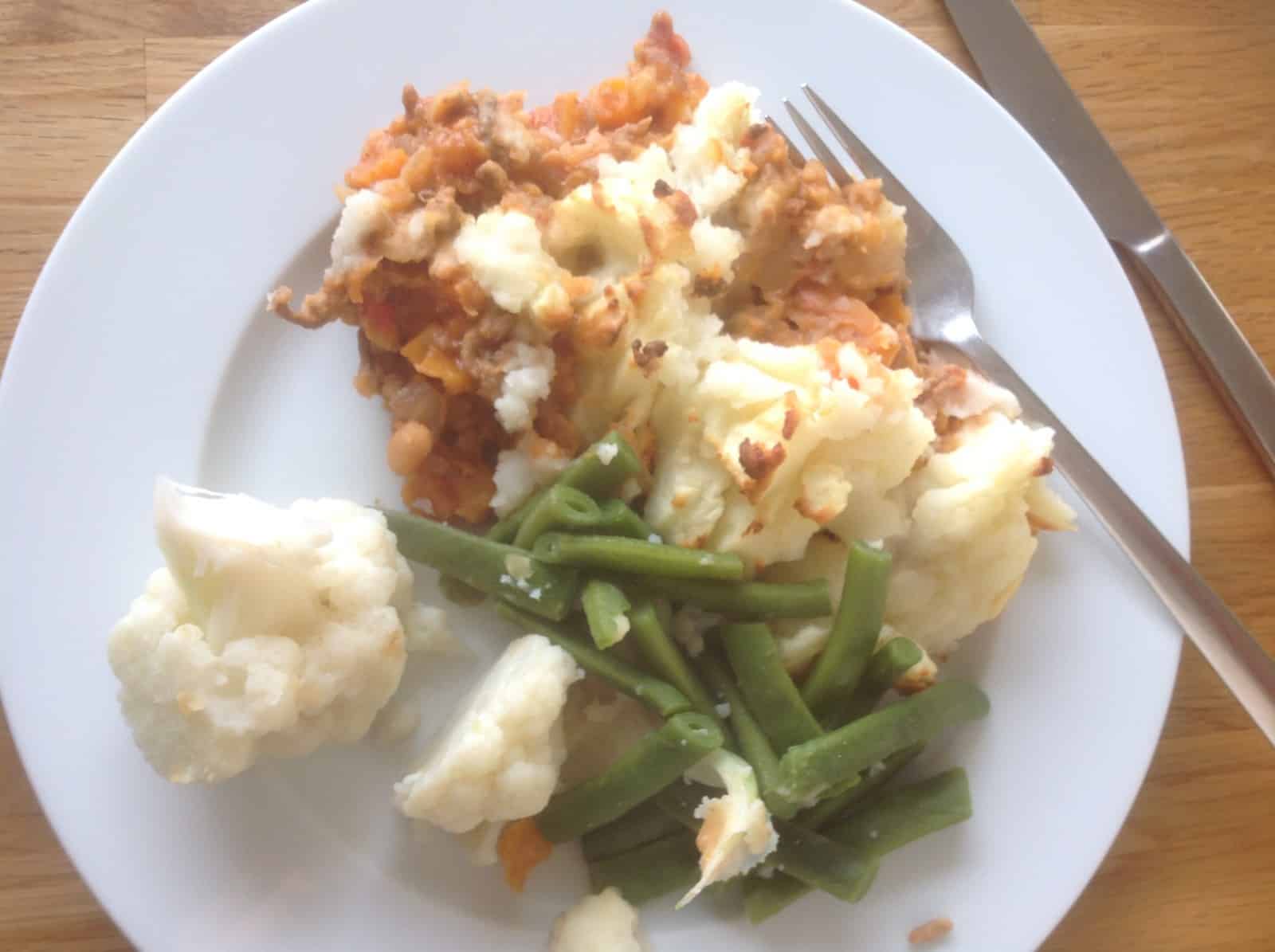 Using one third of the ragu mixture, place in an ovenproof dish. Make up half the pack of dried mashed potato following the instructions on the packet, adding a knob of butter if you have any.

If you have any, and want to use them, use fresh potatoes to make the mash. Or you could use a tin of potatoes and mash those, or maybe slice them, layer them on top, with some butter if you have any, or drizzle over a little oil, just a tsp.

There are enough carrots left so that you could boil and mash some carrot to add to the mash topping if you like. You could also fry some onion until crispy and put those on top as well for some extra flavour and crunch.

We had ours with fresh potatoes, some cauliflower and some runner beans from the garden.  Meal plan 7 has some veg available that you could use here to serve with the cottage pie.

The picture shows my portion, DP had the same, and there was enough left in the dish for him to have almost the same again for seconds 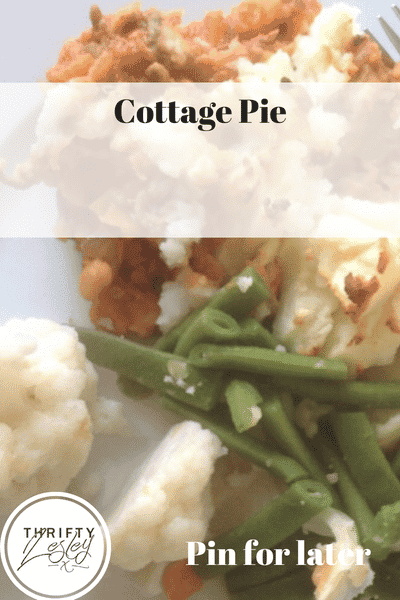