Inventing wings, folding a la Kondo and a good clean

Inventing wings, folding a la Kondo and a good clean 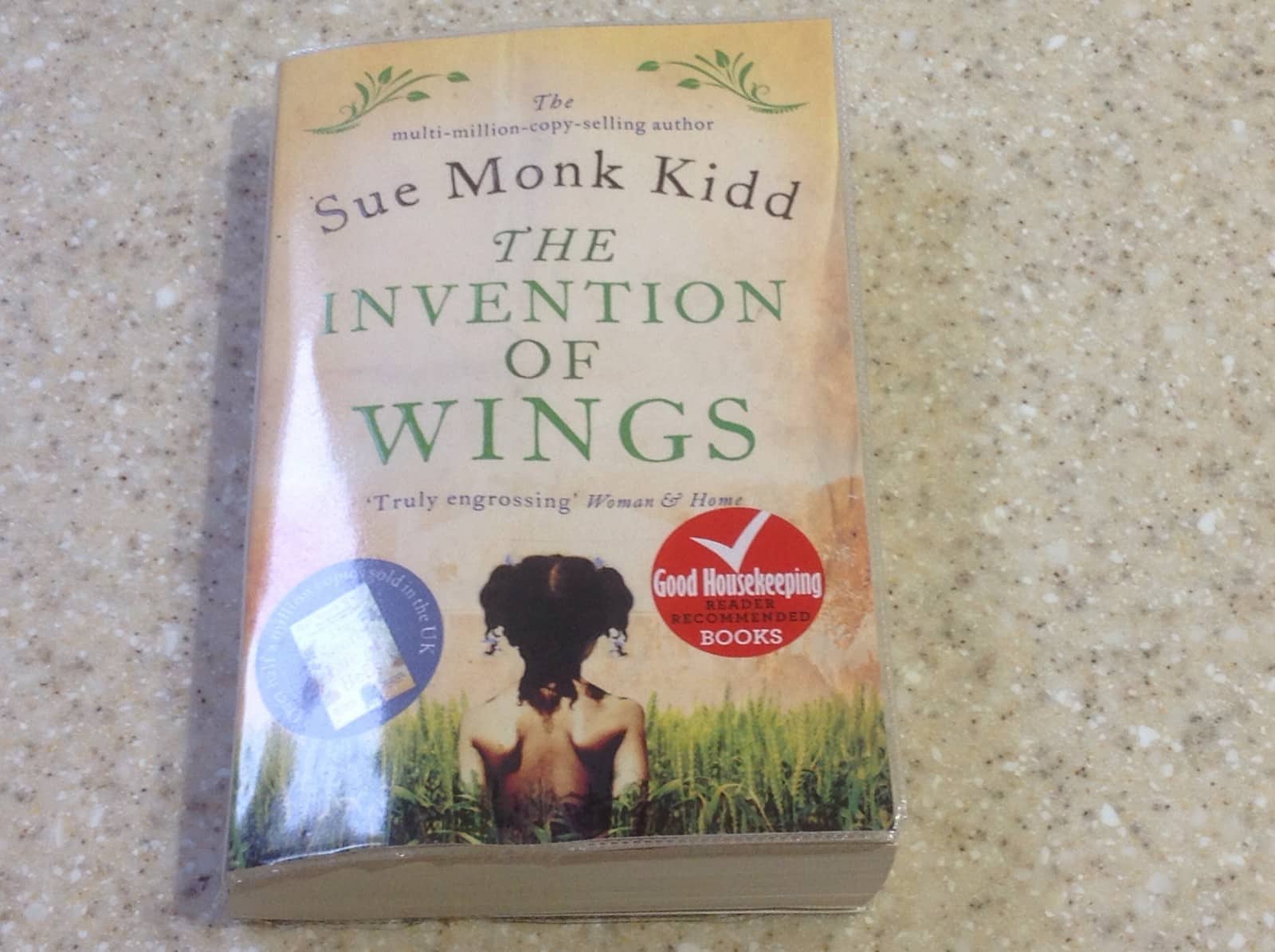 Saturday
Have you ever heard of the Grimke sisters? I hadn’t, and I consider myself a feminist.

I have just finished reading The Invention of Wings, by Sue Monk Kidd. It is the story of Sarah Grimke, a rich plantation owners daughter, and Hetty Handful, an enslaved child. The chapters alternate the first person voice between the two and follow their lives until middle age.

It contains shocking brutality and rich inner voices. Hetty is obviously severely restricted in her life choices, but the book also explores the severe, in a different way, restrictions, on Sarah’s life.

On the basis of being a woman, my life wasn’t restricted as much as Sarah’s, but it certainly brought back the feelings of outrage at being considered inferior/ unsuitable or whatever, merely because of my gender, or on behalf of another woman attempting to do something. It’s still a bit of a button pusher for me.

Having finished the book, I was surprised to find that it was based on a real person, Sarah, and real events in her life and times.

Sarah, and her sister, Angelina, were two of the first abolitionists and involved in early feminism as well.

I recommend this book, it’s well written and a great read. Having been sat with my nose in a book for hours, I thought I’d better get on with something else.

So we have been reorganising our wardrobe today. The blogosphere is alight with the ideas of Marie Kondo and I was quite taken with her way of folding. I thought it would make finding things easier, but our chest of drawers has much deeper drawers than a single layer would use, and the shelves in the wardrobe are also deep. 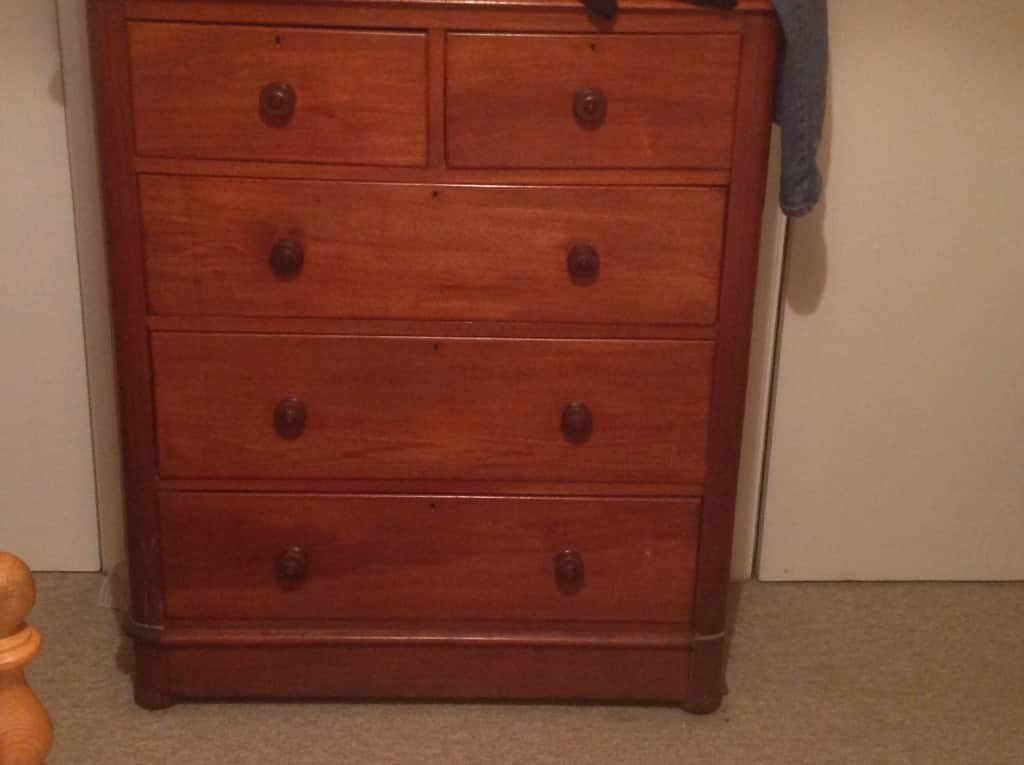 Sunday
I liked the look of Sue’s storage boxes and we decided to get some. Our sliding door wardrobe is on the outside wall, so gets a little cold and damp in there, not much, but I thought the boxes would help, and I could stack two of them and get the items folded a la Kondo.

Unfortunately, this involved DP reconfiguring the shelves to get two stacked on one shelf, and one on the top shelf. So that’s what we did yesterday. 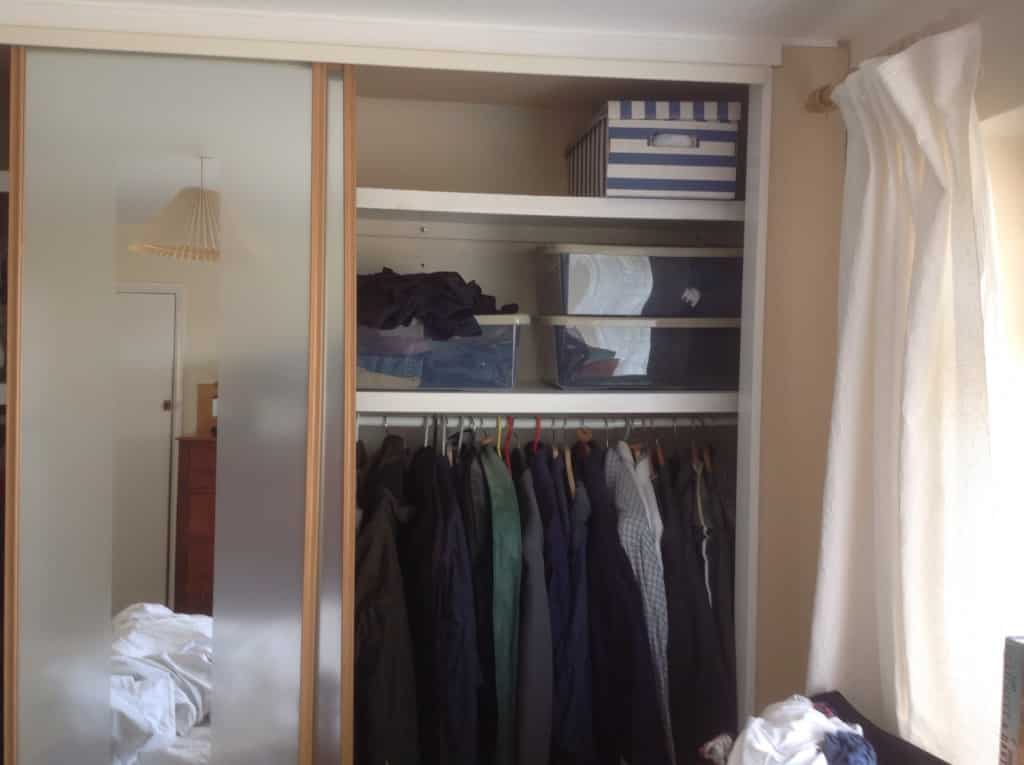 And this is one of the boxes with my t-shirts in it. I should be able to find the one I want much more easily now. 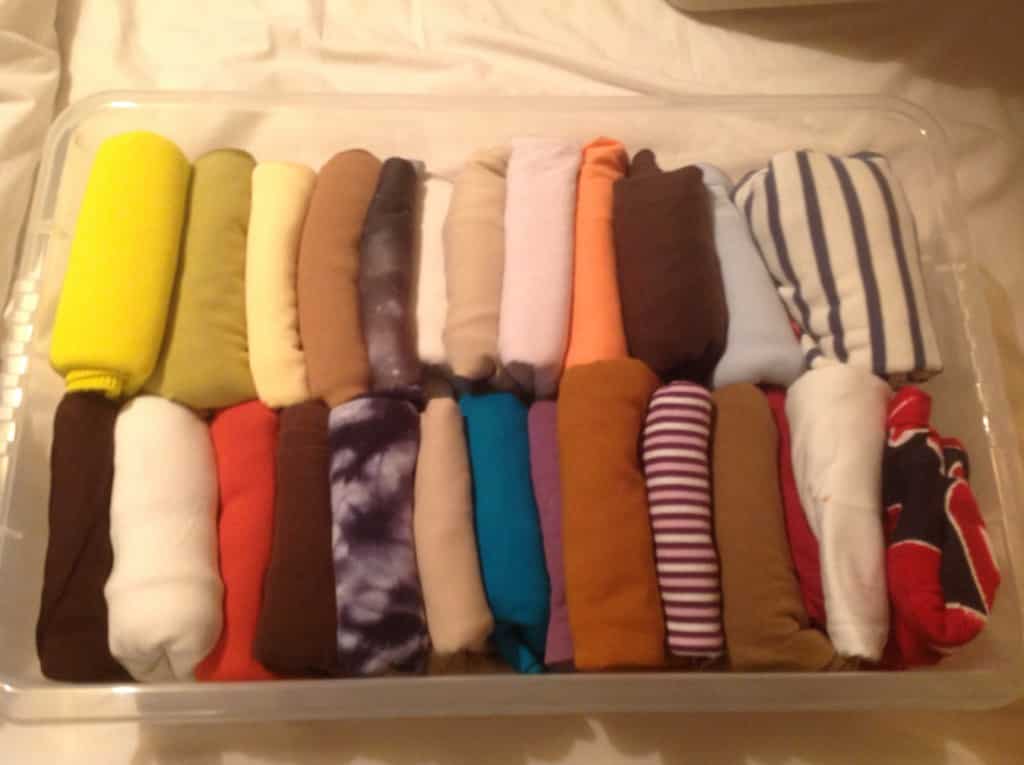 DP used books from one of the bookshelves to hold up the wardrobe shelf while he was moving it, so I took the opportunity to have a sort out.

This bookshelf is in the inner hallway, and the space has been a bit of a dumping ground for all kinds of crap for quite a while now. There are good bits and bad bits to living with a man capable of doing so many things. And one of the bad bits is having always changing, but permanent, piles of tools and bits of stuff put on any available surface ‘for now’.

So I moved out all the things that shouldn’t be there and cleaned all the muck and dust off everything that was staying. It had got pretty bad as I hadn’t been able to reach a lot of it because of all the extra stuff there. Then I sorted through all the books, cleaning them off as I went.

I got rid of half a dozen carrier bags full of books. Some to go to DD1 to see of she wants any to read to DGD, or the school might like them. I had kept loads of children’s books, some of which go back to my own childhood, so they will stay, and some special ones from the children’s childhood that have special memories. The rest will go to the charity shop and they are bagged up, ready to go.

It is looking clean and tidy now, and it even created some space. So I moved some other books from elsewhere that were double shelved, so tidying up that part a bit as well. The picture was taken before I did that bit.

It all took several hours, amazing! And I’m now covered in dust and cobwebs, but happy to complete a job. 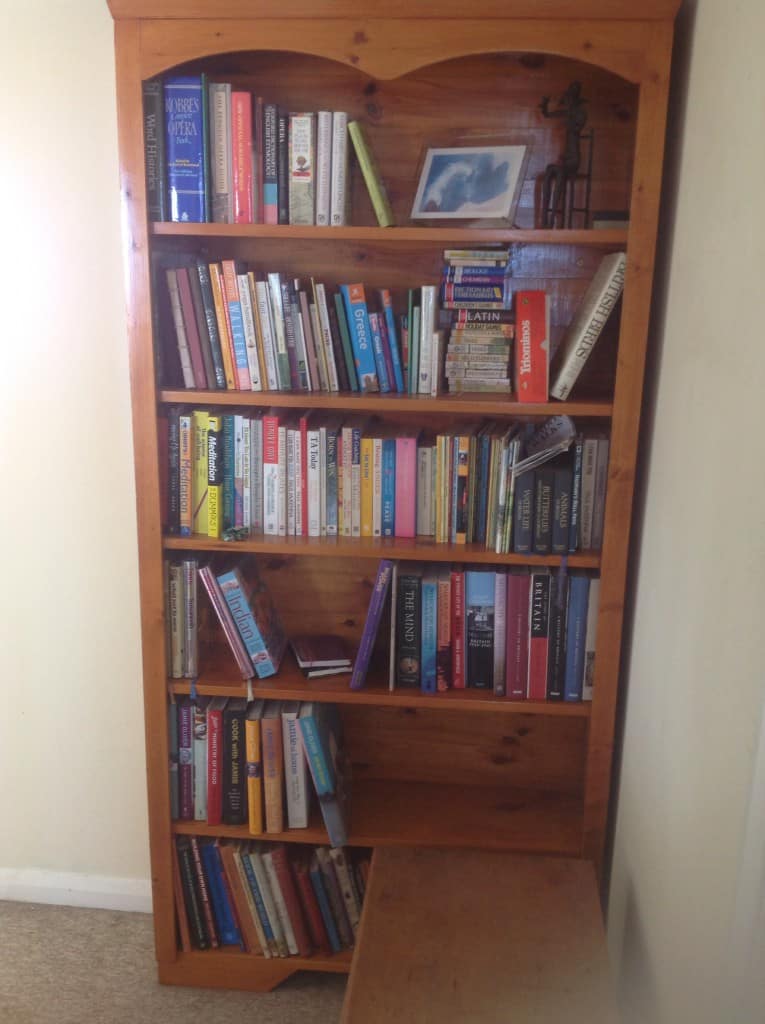 I now need to clean the rest of the house, I’ve got the U3A coming Tuesday!