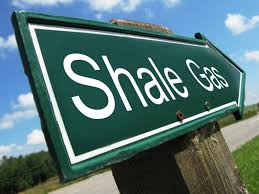 Well gentle reader, I am feeling somewhat discombobulated right now. I have just got back from a meeting in Heathfield about fracking in East Sussex.

I went because I didn’t know a huge amount about it and wanted to know more. The Government are very keen on it and are pushing it through.

I am pretty convinced that the climate, and subsequently our weather, is changing, and that those changes are being exacerbated by humankind and the carbon released into the atmosphere. With that belief, it seemed counter intuitive to me to actively seek out more large deposits of fossil carbon for our future fuel use. So I wasn’t keen.

The meeting was pretty unbalanced as everyone that spoke, and the film we watched, were all anti. I would have liked to have heard from someone from the industry, or in favour of it generally. However, the evidence that was presented was truly horrifying. I’m not quite sure if it is all ‘we’re all going to hell in a hand cart, woe is me, the end of the world is nigh’, or just where on the continuum I should place my level of worry.

The best speaker didn’t really have enough time, and there is a follow up meeting tomorrow, so I think I shall toddle off to that to hear more of what he has to say. In the meantime, I shall also have a bit of a google, to see what I can find.

I found this article on fracking in America which is very anti, and this one in the Telegraph, which basically says there is no problem and it’s all fine. Just don’t know what to think about it yet. Lot more reading required yet before I form an opinion.

From a very reflective, quiet and thoughtful Lesley