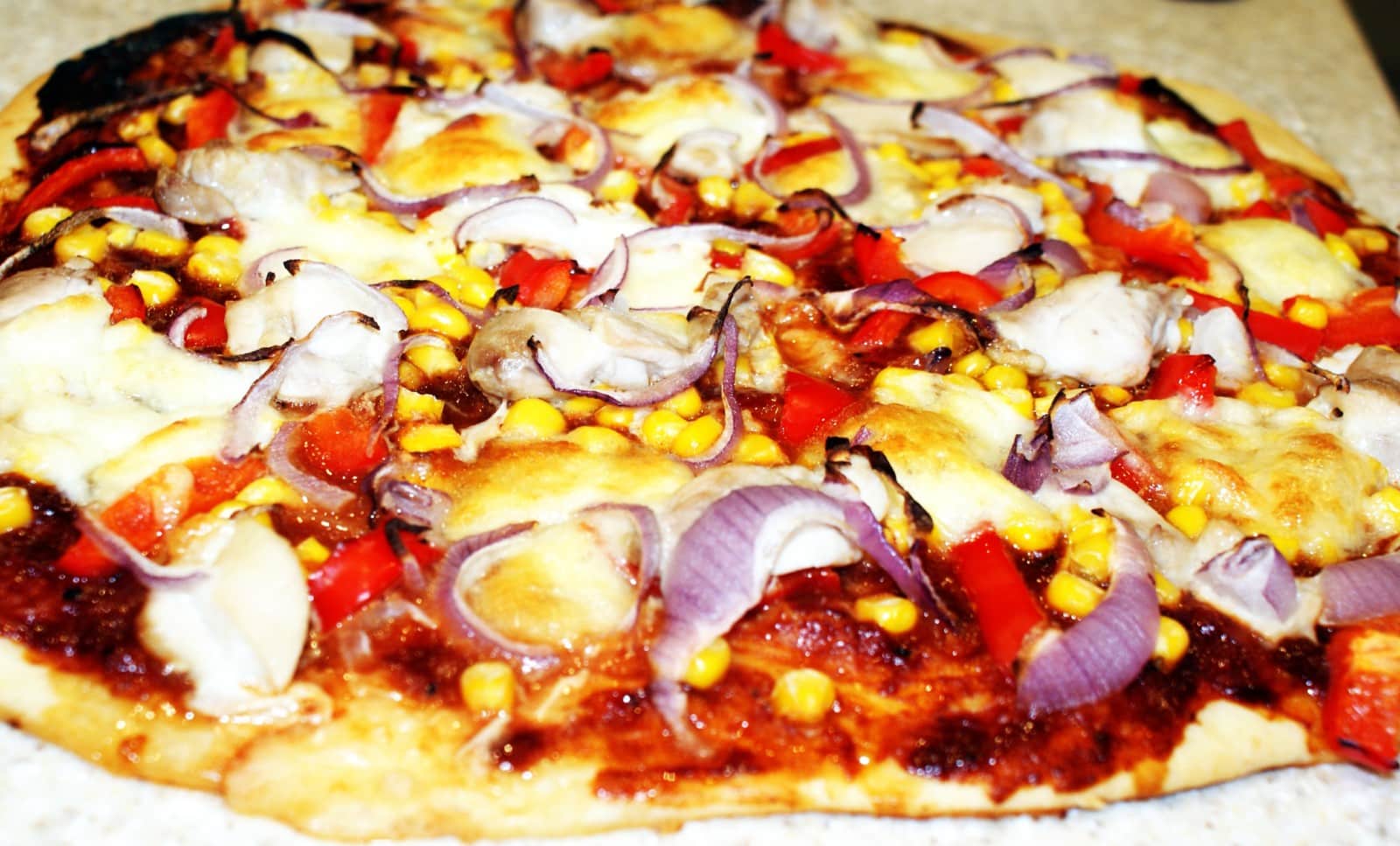 I really fancied a BBQ pizza one day and wondered what I would need to use for toppings.

Having made some vegan BBQ sauce that was really successful a while previously, I wanted to use that and decided to use it as the base sauce instead of a tomato one. Well, wow, it was sensational!

To make the base, mix 250g flour with 1.5 tsps of fast action yeast, half a tsp of salt, a splash of olive oil for flavour and enough water to make a loose dough.

There is no need to knead the dough. It will rise and develop the gluten all on its own if just left in a warm place for a while. I like to mix up the dough in the morning to use in the evening, so it has all day to develop flavour.

Once the dough has developed, knock it back by bashing it around a bit. Then shape into a pizza shape and put onto the tray you will be baking it on.

I used the BBQ sauce I made as the base, instead of the more usual tomato sauce. Be generous with it. You can easily substitute a shop bought BBQ sauce if you don’t want to make one.

Then, pile on top, a big handful of sweetcorn; some onion, peeled and separated into petals; half a pepper, chopped into squares.

I like to use mushrooms on a pizza, but if you do, be sure to cook them off first, or they will release their water on the pizza itself and make it soggy.

On top of all that, put a chopped up mozzarella ball and 40g grated cheddar.

Then the whole lot goes into the oven until the outside of the base looks cooked through, 25-30 minutes usually.

Use anything you like on pizza. I have used:- 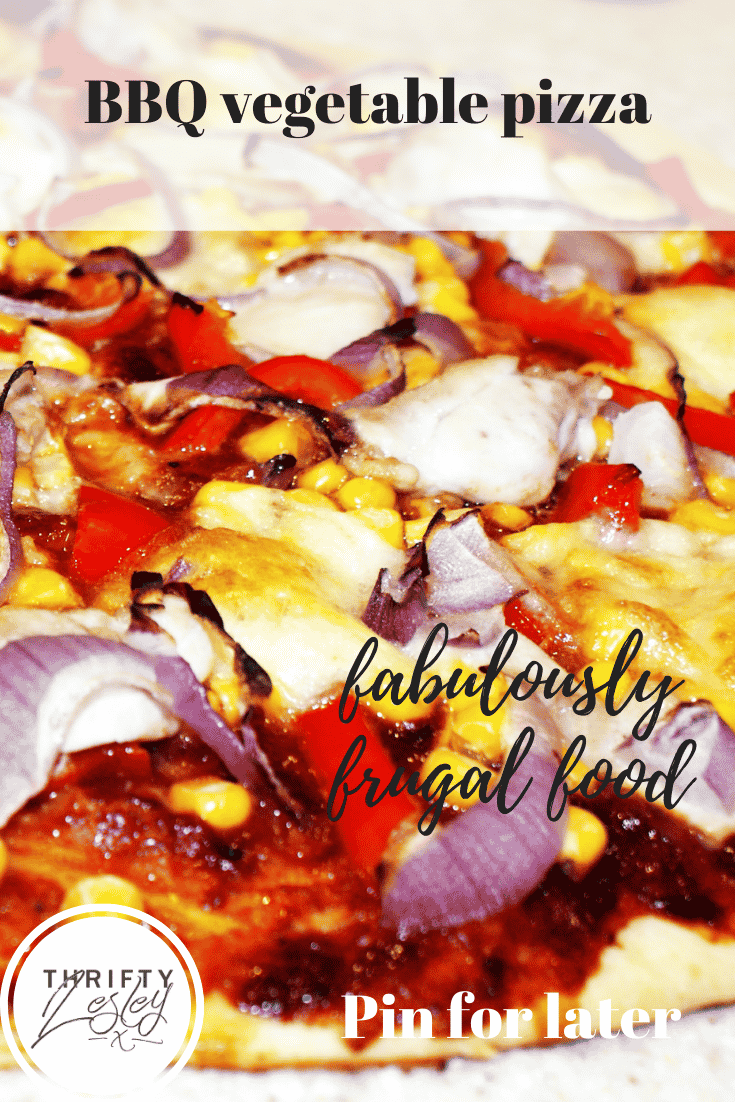 Nut Free
Servings: 4
Cost per portion 44p a serving
Calories: 533kcal
Author: Thrifty Lesley
Click on the check box to cross off Equipment, Ingredients or Recipe Steps completed.
If you click and buy anything, I may get a small commission on the purchase. It won't cost you anything extra. Some are just things that I like and/or use myself rather than necessarily best value 🙂
If you enjoyed this recipe, would you please consider leaving a review? It would really help

Priced at Asda, April 2021 If you have any available, serve with a crispy salad and oven baked wedges Got a great recipe? How about submitting it to appear on Thrifty Lesley!